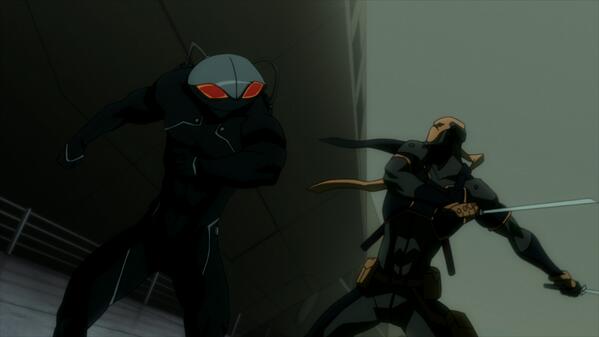 Justice League: Flashpoint Paradox was a solid good animated feature and the music behind it was pretty well done. The music was composed by Green Lantern: The Animated Series, Frederik Wiedmann, who is the rising star of composers for DC Comics animated features and TV shows. Wiedmann has already composed music for the new Batman show, Beware the Batman. He is a versatile composer who can make music for any DC character. The soundtrack of the animated feature will be coming out on September 10, 2013 at 12pmPST with only 2,000 units available for purchase. So, this is a limited release soundtrack and the first 100 purchases brought from Lala Records website  will receive a signed booklet by Wiedmann at no extra charge. However, please do understand that you are not guaranteed a signed copy. You can see the retail price of the soundtrack down below as well other information. Please go to the source link below to order your purchase.

La-La Land Records, Warner Bros Animation and DC Comics are thrilled to announce the soundtrack release of Frederik Wiedmann’s incredible score to the animated film Justice League The Flashpoint Paradox. Finally budgeted to work with an orchestra , Wiedmann brings his distinct epic scoring abilities to one of DC comics’ most jaw dropping stories in recent memory. If you are a fan of Wiedmann’s grand compositions in Green Lantern The Animated Series you do NOT want to miss this score! Eye catching art design by Dan Goldwasser features notes by composer and filmmakers.