The next Injustice DLC Character is Batgirl 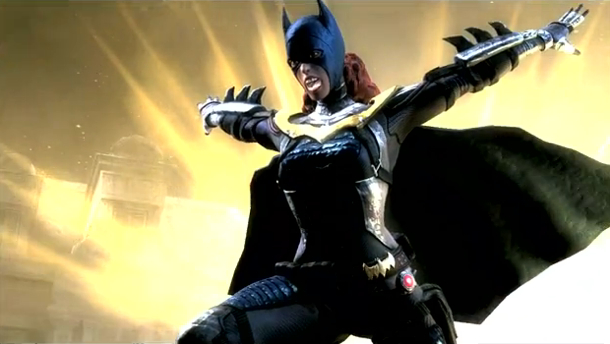 Well if Lobo was our first DLC character, then who is our second? Why it’s Batgirl, another Bat-family member added to the already massive roster of Injustice characters. A good chunk of  the lineup for Injustice is made up by the Bat-Family and their various rogues but Batgirl was oddly enough absent from the original list, and so here she is. So this info leaked about a week ago, but today is the day the first gameplay video went up, and boy does Batgirl look like she’s fun to play.

Like Nightwing, she looks like she’s quite the lightning fast bruiser with a full arsenal of smoke bombs, grappling hooks, and batarangs.  While I’m always for more Batman characters in my DC games, I was wondering if she was actually going to show up or not because there’s already such a sizable roster of Batman-related characters in the game, but it looks like Babs made the cut. Who’ll be next?  I’m not sure, but for now, watch Batgirl take some much needed cathartic revenge on the Joker, dressed in his Killing Joke outfit. 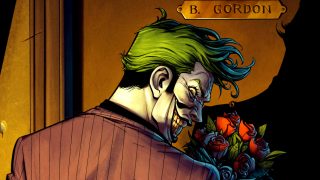