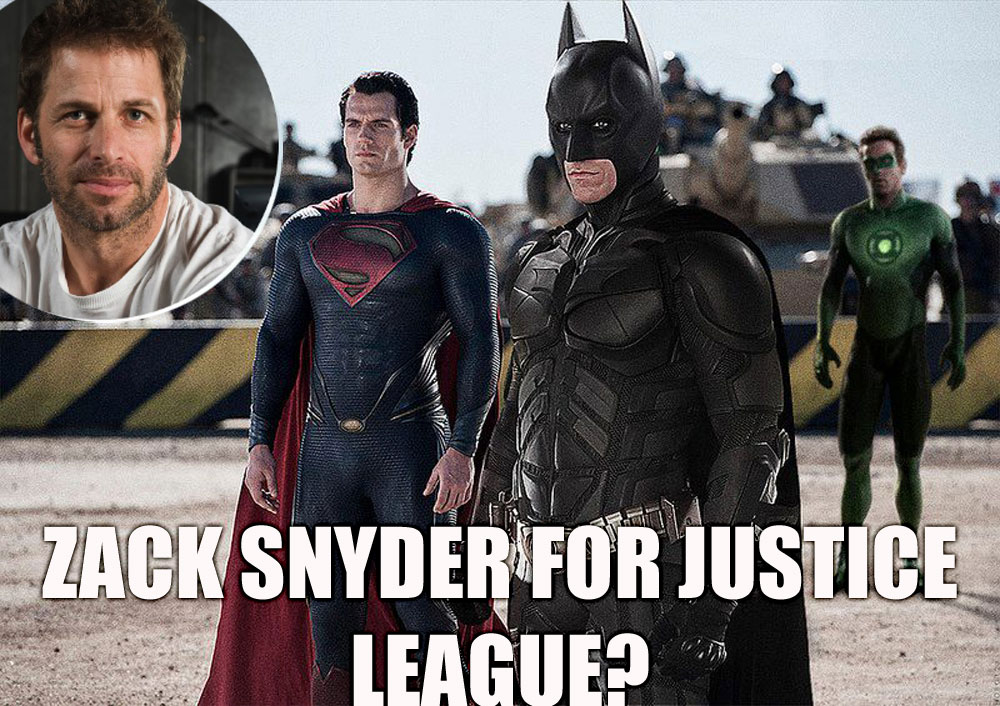 Is Zack Snyder really going to be directing the Justice League movie? And who would know any better than one person who might know what’s going on? Click the jump to find out who it is.

There have been rumors that Man Of Steel‘s, director, Zack Snyder and Ruben Fleischer (‘Zombieland’) were front runners to direct Warner Bros. planned Justice League movie. Ruben Fleischer was asked about these rumors and he revealed he’s no longer in the running. And why? Because he says Snyder already has the job. See the quote below:

Well that’s something that Zack Snyder is going to wind up doing.

It’s not a surprise to Fleischer throw Snyder’s name out there. Since the release of the recent Man Of Steel trailer featuring General Zod (Michael Shannon), Lois Lane (Amy Adams), and others in a semi-action packed trailer that was hell of exciting. It’s a no brainer to say that Warner Bros. has their eyes on Snyder for the long haul. Everyone has eyes on him right now. If Man Of Steel is as successful in the box office, Warner Bros will throw Snyder in the ring for it.

Even though, getting a director for the movie is super important. What’s more important is getting a writer. More than once this issue has been stressed on this site, and it’s one of the few things that will either make Justice League or break it. According to some sources before, it is still rumored that Will Beall (writer of Gangster Squad) is still the writer of Justice League. However, David S. Goyer (screen writer of The Dark Knight Trilogy and Man Of Steel) might be rewriting the script or at least will be doing damage control on the script to make that turd pile, gold. It’s best to say that Goyer has improved as a writer with his new TV series, Da Vinci’s Demons on Starz. Since his major writing influence has been from the Nolan brothers (Christopher Nolan and Jonathan Nolan) whom have grounded his writing in The Dark Knight Trilogy. It seems that his new TV series shows how much he has come a long way from his previous work on Ghost Rider. Goyer is a better candidate than Will Beall at this point because he knows his comic books and his writing has improved over the last decade. Since Goyer and Zack Snyder know each other quite well by now with Man Of Steel, it’s best to assume that Goyer would be a better pick than Beall at this point if Man Of Steel does well as a story on screen this summer.

Everyone’s waiting and watching, don’t count your chickens yet until this summer after Man Of Steel.