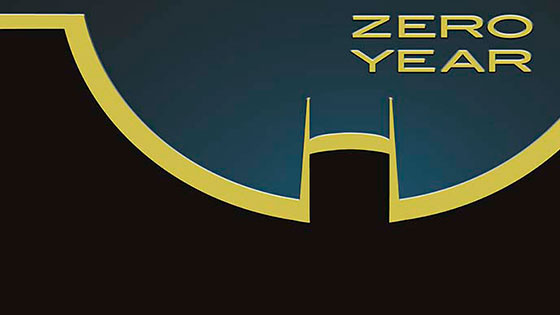 Earlier in the week, it was announced that there was going to be a new eleven-part arc for Batman called “Batman: Zero Year”, a fresh take on the Dark Knight’s origins and how he set up becoming the Batman in the Nu52.

This roughly year long story is going to be done in the pages of the eponymous Batman title by Scott Snyder and Greg Capullo. While similar in ambition to the Batman classic “Batman Year One”, Snyder has said that it be a different kind of story, and needed now that the Batman has only been active for the last five years or so. CBR sat down Snyder and talked about what it is Snyder has planned for the arc. When asked if the arc was done to step away from the big cross-family arcs like “Court of Owls” or “Death of the Family”, that has been a part of the Bat books for about a year now, Snyder had this to say.

Yeah. Very much. After the last two stories, which were so much fun to work on, we wanted to built stuff that would stand singularly in “Batman” and be able to be collected without reading the other books. There’s also this whole community of Bat writers and Bat characters that’s fun because we really are all friendly. With the Joker story, the coordination was inspiring on the one hand because I got to work with Gail [Simone], Scott Lobdell, Kyle [Higgins] and John Layman and the rest, but there was a part of me that missed doing a story in “Batman” that was self-contained – something that was just Greg and I.

So I had this idea for “Zero Year” in my head for quite a while. It’s been over a year. It’s something I knew I wanted to do, but I didn’t know when we could do it because it’s pretty big. Coming off of Joker and knowing what Grant was going to do – knowing how the fallout of the Joker’s attack and Damian’s death would play out across the Bat universe in big ways – it felt more appropriate to do this story now. For one, I’m dying to do it. But also I felt the fallout from Damian’s death in particular was something that Pete Tomasi deserves to get to do in his book in a big way since he’s done such masterful work in “Batman & Robin” with the Bruce/Damian relationship. For me to suddenly be doing Batman grieving over Damian almost felt like it wouldn’t be giving Pete the room to do what he wanted.

And so I felt like it would be great to do something more singular. While what’s happening [in the current continuity] will have major effects on “Batman” down the line, it’ll be really well handled in some of the books continuing in the present. And it made a chance for Greg and I to do something that’d be special on our own for now.

Snyder was also asked to comment about what part of Batman’s life he’d like to cover, or exactly how far into the past he intended to go.  He responded that this was supposed to cover where the Batman mythos has changed since the Nu52, and to cover the  inconsistencies that come along with the soft reboot, as well to examine things that Batman Year One did not have the time to do because it did not just cover the Batman, but Jim Gordon’s start in Gotham as well.

Really, this is the foundation for the Batman we’ve been showing you in “Batman” and in the New 52. One thing I feel I should stress here is that “Year One” is one of my two favorite pieces of graphic literature in the world…the other being “Dark Knight Returns.” [Laughs] So I’ve always considered “Year One” to be Batman’s origin, and we tried to keep as much of that as we could in the New 52. But as the stories started rolling forward, I started getting more and more questions about how James [Gordon] Jr. could be an adult now when Batman was only in operation for six years. Or how do we reconcile the fact that Barbara Gordon is now the biological daughter of Jim Gordon with “Year One”? Or do we reconcile the notion that Selina Kyle’s background isn’t what it was in “Year One” anymore? How can that story stay the origin? There’s a different history with the Falcone family and everything. It all becomes a little problematic.

What happened was that I started to play with this story I had in my head. I had an earlier story kicking around for awhile explaining things – not retreading the things done so well in “Year One” but exploring different moments in Bruce’s life before he was Batman that cover his transformative years. The thing about “Year One” is that it’s so brilliant as a Jim Gordon story and as a Bruce story, but so much is left uncovered with Bruce in terms of everything he did. How did he build the cave? What are the adventures that he had that we didn’t see? All that stuff really intrigues me about the transformation from Bruce Wayne into Batman. And one thing we will be exploring which we touched on in our #0 issue – a kind of preview of what we’re doing here – is the idea that Bruce Wayne needs to learn how to be Bruce too.

We thought there was a lot of territory uncovered there, but we also realized that “Year One” didn’t really track with the continuity we had now. So we figured if there was a time to tell this transformative story that would be respectful of what happened in “Year One,” it’d be now. But we really wanted to give you something brand new that you haven’t seen before. I promise you. If there’s one thing I really want to underscore in this interview a hundred times it’s that you haven’t seen these years done this way. There’s nothing in this that you’ve seen before. It really is a new story in a big way while respecting and preserving the core elements of Batman’s story.

Finishing the interview off with some comments about how the arc is as long as his “Black Mirror” arc before the reboot,  and the “Court of Owls” run, he brought up Batman #0 from DC’s #0 month.

I always thought of that issue as a preview – a very small window into the macro story that we’d been thinking about. If anything, you can tell reading that that we have a lot of plans for this. This story was developed back when I was writing that issue. It was being developed in my mind as far back as eight months ago. I’d consider that a trailer almost for this, but it’s only a small part of it. There are so many crazier things in this that I don’t want to give away, but that’s definitely a window into a part of this story. That world you saw is the world of this story in some ways. So it’s a good primer, but there’s a ton of major stuff for this story that’s not in that issue which will really make this what it is. That issue is more a preview of the quietest moment in this story.

Batman’s new origin story will be unveiled this June in Batman #21.