COMICS TO LOOK OUT FOR OCTOBER 24TH

It’s coming to the end of October and we’re in for some cool exciting comic books.

Some issues are starting to look promising such as Talon #1, Batman: The Dark Knight #13, Batman INC #4, and Teen Titans #13.  All of these issues are starting off with new story arcs and some have new artists and writers such as James TynionIV for Talon (writer). Hopefully, the new work that has been done on these comic books shows off how good these books have become over the year.

To see the previews, click onto the highlighted names of the comic books below.

Batman: The Dark Knight #13 , DATE: OCTOBER 24TH
Written by GREGG HURWITZ
Art and cover by DAVID FINCH
1:25 Variant cover by DAVID FINCH
PLOT: Batman is pushed to his limits as he faces a fear toxin unlike any he has ever encountered! What is Batman most afraid of? Find out here! More on The Scarecrow’s origin.

TALON #1, DATE: OCTOBER 24TH
Written by SCOTT SNYDER and JAMES TYNION IV
Art and cover by GUILLEM MARCH
1:25 Variant cover by TREVOR McCARTHY
1:200 B&W Variant cover by GUILLEM MARCH
PLOT:A new series spinning out of “Night of the Owls”! After many years on the run, Calvin Rose returns to Gotham City to investigate the fallout from “Night of the Owls”! Can the Court of Owls finally be defeated? Could Calvin have the one thing he’s been seeking his entire life: his freedom? 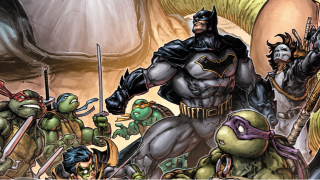 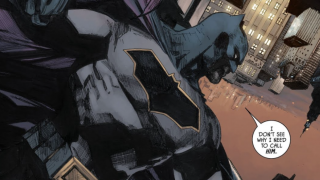