Wow…I really just wrote that headline…You can never predict anything in life.  I never thought I would see my favorite superhero become what it is today thanks to Nolan.  Batman is truly a symbol, something inspiring everyone he touches inside the movieverse and in reality.  If I may bring up something from one of Nolan’s previous films, The Prestige.  To quote, “Every great magic trick consists of three parts or acts. The first part is called “The Pledge” .

The magician shows you something ordinary: a deck of cards, a bird or a man. He shows you this object. Perhaps he asks you to inspect it to see if it is indeed real, unaltered, normal. But of course… it probably isn’t. The second act is called “The Turn”.

The magician takes the ordinary something and makes it do something extraordinary. Now you’re looking for the secret… but you won’t find it, because of course you’re not really looking. You don’t really want to know. You want to be fooled. But you wouldn’t clap yet. Because making something disappear isn’t enough; you have to bring it back. That’s why every magic trick has a third act, the hardest part, the part we call “The Prestige“.

Ladies and gentlemen, I am here today to tell you that Nolan has done it, he has done the hardest part.  And it was A-FUCKING-MAZING!

I wasn’t prepared for what I just saw a few hours ago.  My heart was beating faster than normal and my palms were sweaty.  Then as the lights began to dim in that OMNIMAX theater it had dawned on me that this was actually happening.  I was, “In for a show tonight.”   The Dark Knight Rises takes place 8 years after the events of The Dark Knight and it shows.  Gotham is a nearly perfect city because of the truth being kept from the people about the real Harvey Dent, and it has been eating away at two of our main characters, Gordon who is all but ready to give up and Bruce who is a broken spirit.  And it really shows how much Dent affected them and caused the events inadvertently.  Bane IS Gotham’s reckoning and he is not playing around either.  He makes sure his presence is known and we do feel it.  Other newcomers to this story are officer John Blake (who is nothing more than what I just said), Miranda Tate, Wayne Enterprises last hope, and Selina Kyle as the female robin hood or Catwoman as we all know her.  Man does Nolan know how to pick ’em.  If any of you have been paying attention to any other reviews, some say that the story might have too many characters for such a big finale, which I say is untrue.  Each character is here with purpose and each character no matter how big or small the role helps drive the story along where it needs to go.  The film is fast when it needs to be in overdrive and slow when it needs to hit those sweet spots.  It gives you a feeling of Batman Begins‘ flow with the epicness of The Dark Knight, both films DNA if you will are definitely felt.

Every character has their moments on screen.  This is a Batman story but at the same time it’s everyone’s story as everyone has something at stake alive or dead, even the villains.  You feel and see how Bruce has aged and how every single event as his run as Batman has taken a tole on him physically and mentally.  You see how Alred is pushed against the wall when Gotham needs its true hero back and all he wants to do is keep the promise he made to Bruce’s parents.  You see how miserable Gordon is because he has to put false faith in a lie.  You could even go as far as saying Catwoman is a product of everything that has led up to now.  This is just more than a comic book movie, this is a drama about real life problems revolving around a guy who dresses like a bat and I dont mean that in any sort of comic book way.  I can see why Nolan chose to have Bane as the final villain.  He is scary, genuinely.  He is primal and brutal.

I know Heath’s performance as the Joker is dear to all of us but trust me if I had to be stuck in a room for the rest of my life with either one, it would be the Joker (sorry but there are no references here folks), I would be begging for dear life to be anyway but near Bane.  Hardy was perfect casting for this role.  Hathaway as Catwoman was spot on an easily the best representation out of the live action versions and dare I say all.  She could steal all my valuables any day and I wouldn’t be mad, I’d just wish to have more valuables to keep her coming back so I can see her again.  Levitt  as Blake…another great casting decision but I cannot say much if anything about his character but he will NOT disappoint, he has a lot of screen time and is vital to the story.

The plot is easy to follow as I felt no confusing parts but it is one hell of a journey, Nolan is a master storyteller.  This IS Batman in real life.  There are points where he had me fooled given from what I knew about this movie, which I thought was a lot but turned out to be very little.  Trust me, everything you may think you know about this movie in terms of putting the plot together, throw it out the window.  Watching early on I thought I was going to be able to piece everything together but all that very quickly washed away. You don’t know the plot just because you saw a few set photos although some of you may call me out on that one because of one specific photo I shall not say what it is or when it came out.  Also don’t believe anything you seen on IMDB, it really is unreliable.  If you go into this movie and did have it 100% which I guarantee you have less than 10%  figured out than I’m sorry for you.  Seeing this was like being born again, true movie magic, I felt so many different waves of emotion while on this ride, happy, sad, scared, Nolan had me truly invested in the events taking place, it gave me a very warm feeling in my heart.  If you pay attention there is a certain nod to a character that would not fit in Nolanverse in the film, kinda.

The Dark Knight Rises is truly something to behold.  Its not fair to compare it to Batman Begins or The Dark Knight as all three parts are separate but at the same time they all connect.  But I will say this, it is better than Begins but does not have the same magic as DK but not in a bad way, it has it’s own to shine.  All memory of Avengers has been wiped clean from my memory, its very hard to see why people call it the best comic book movie ever.  In my opinion, it can’t even touch Rises, it’s on a whole different level of awesome.  And I know what your thinking by now, don’t I have any problems?  My only one was that it sometimes felt like it was moving from scene to scene a bit fast but I simply realized that I was watching something that I didn’t want to end.  This could have been over 3 hours and I wouldn’t have minded.  Nolan really hit it out of the park with this one.  Decades down the road, people will talk about who ruled the year 2012 at the movies.  “It was the Batman.”  I’m giving it a perfect 10/10.  You deserve it.  I can’t wait to see it again at midnight.  Your move Avengers 2… 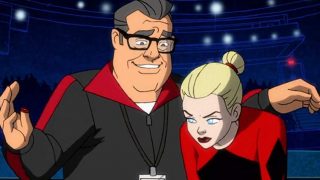 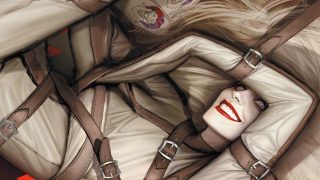