Celebrating The Dark Knight’s 75th anniversary, Clampett Studio Collection presents the “Be A Clown” art print and the Girl’s Night Out art print. 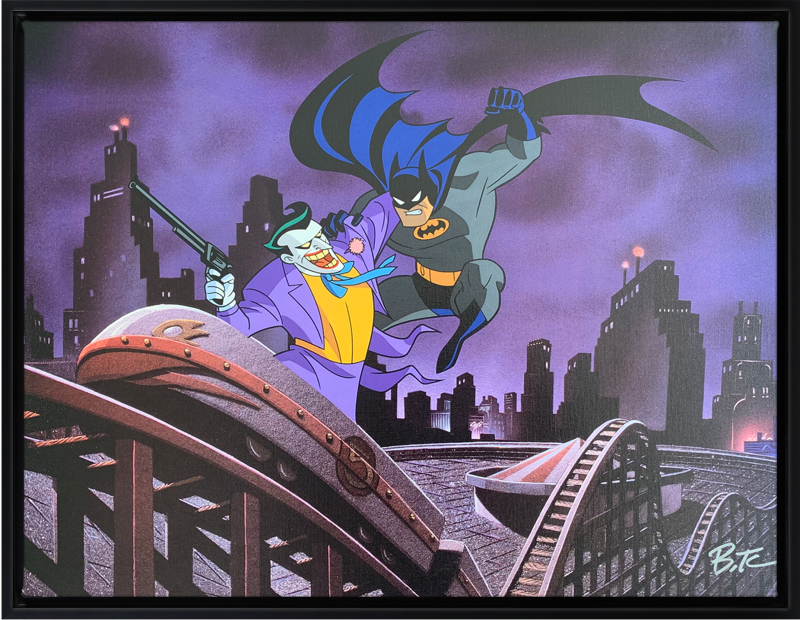 This art was inspired by “Be A Clown,” a hugely popular episode in the first season of the Batman: The Animated Series television show. In this scene, Batman tracks his main nemesis, The Joker, to an abandoned fairground, where he confronts the cunning clown in a death-defying battle atop a runaway roller coaster.

This art was inspired by a piece of concept art from the development of the award-winning show. It was part of a body of work that helped evolve the now-famous “Bruce Timm style” character design, which was an ultra-modern, dramatic, angular, and graphic departure from all previous representations of The Dark Knight. 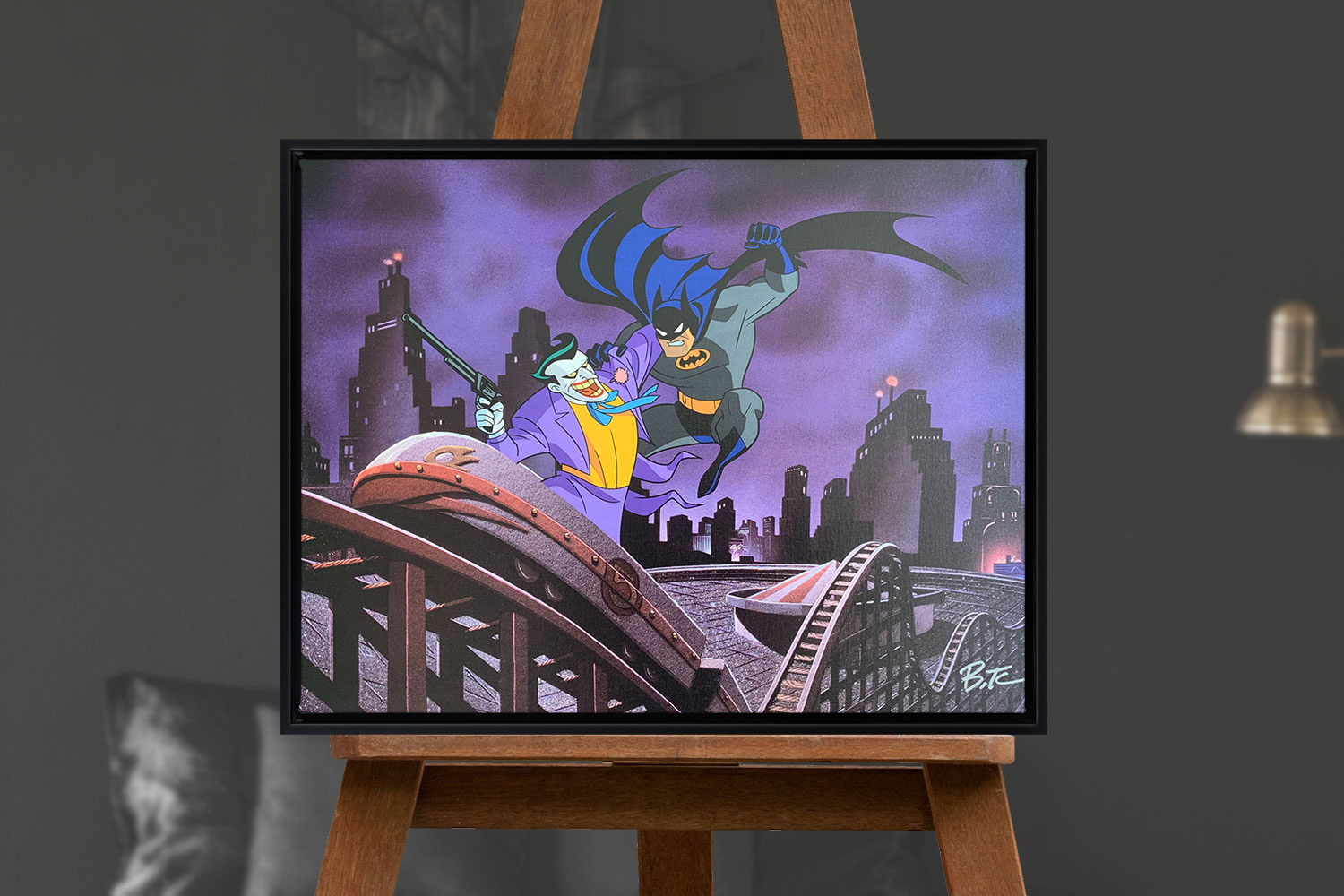 “Be a Clown” was originally released in 1993 as a hand-painted limited edition animation art cel and quickly sold out. Under the direction of Bruce Timm, the original art was drawn and painted by the Warner Bros. Animation Studio, as part of the 75th Anniversary of Batman’s creation. 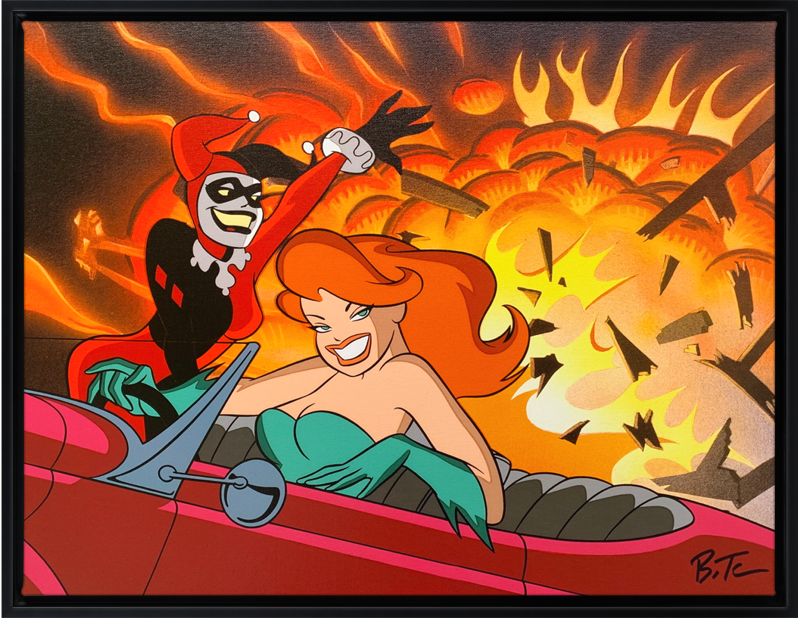 Now, THESE girls know how to set the town alight! Inspired by the Batman: The Animated Series episode entitled “Harley and Ivy,” Harley Quinn and Poison Ivy team up as Gotham City’s answer to Thelma and Louise (except that these girls would never head for the cliff…) This episode was especially popular with fans of Batman: The Animated Series, because it was the episode that paired these two dynamic villainesses for the very first time. 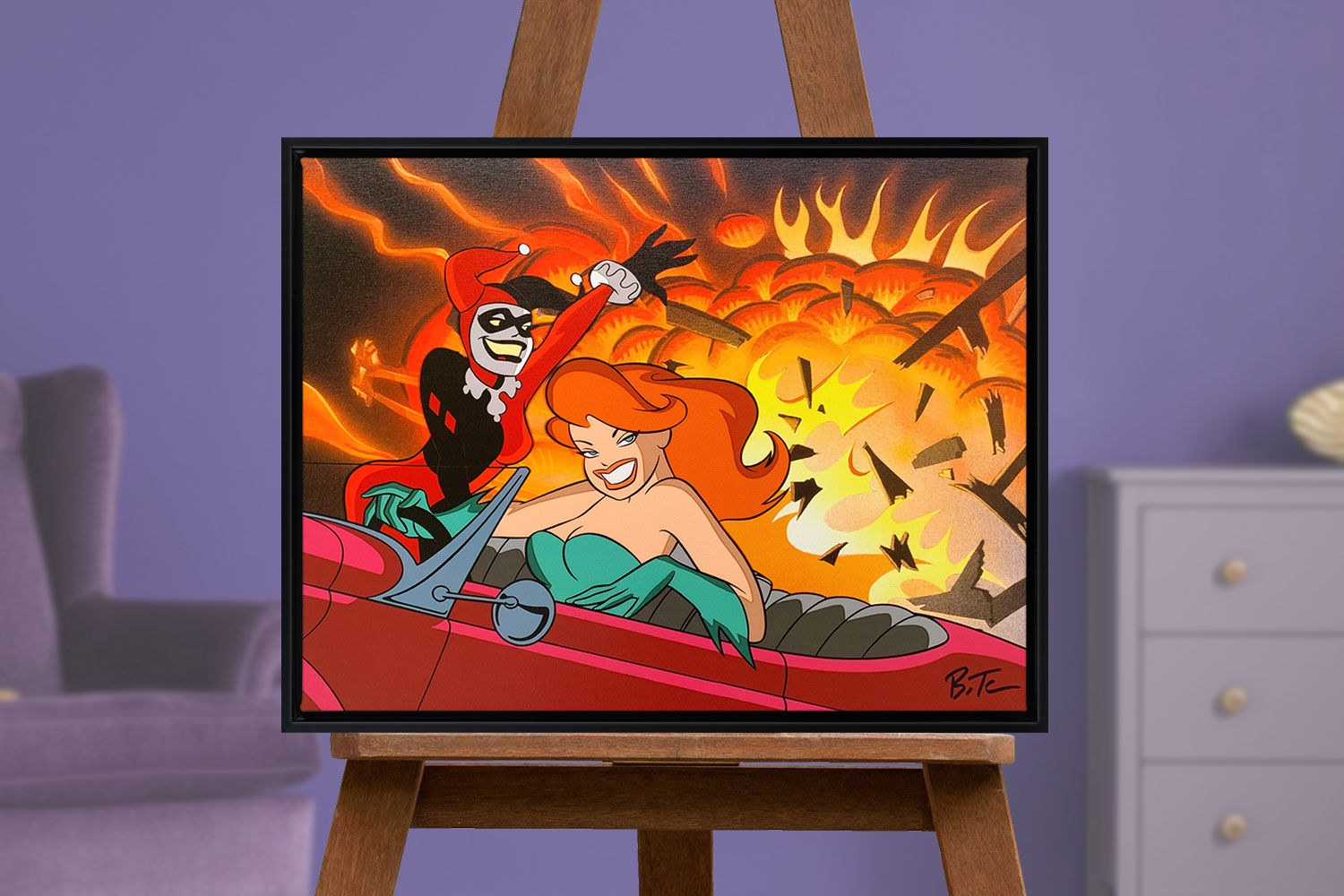 “Girl’s Night Out” was originally released in 1996 as a hand-painted limited edition animation art cel and was one of the fastest-selling limited editions in the history of the Warner Bros. studio stores. Under the direction of Bruce Timm, the original art was drawn and painted by the Warner Bros. Animation Studio, as part of the 75th Anniversary of Batman’s creation.

These anniversary editions are limited to only 100 pieces on canvas and were created for DC fans to cherish. Each print is signed by Bruce Timm himself.

Both of these prints are so bright, colorful, and fun and would look fantastic on any Batman/DC Comic fan’s wall. Both prints are available to pre-order from Sideshow Fine Art Prints and are expected to ship between January 2023 and March 2023.