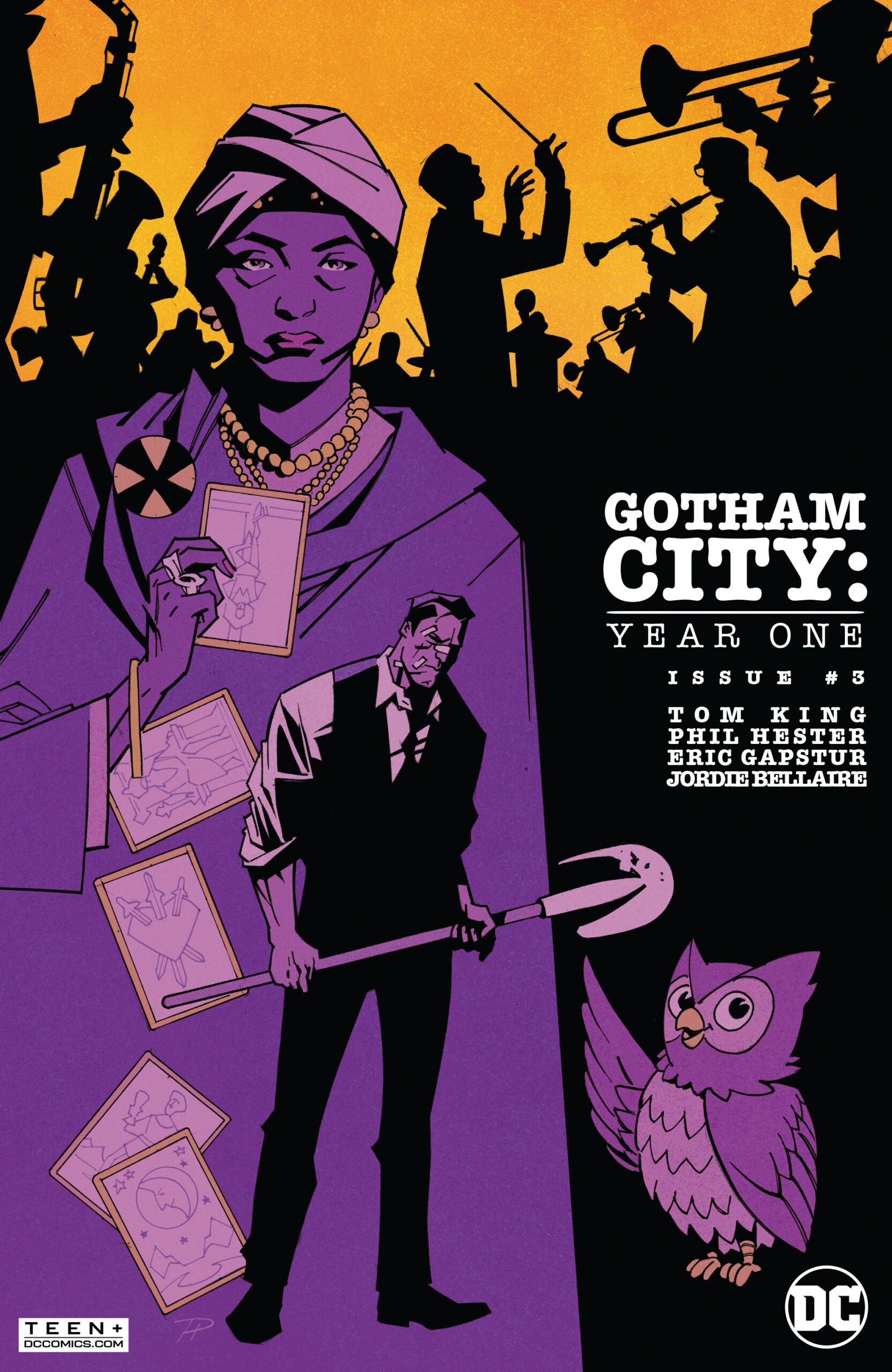 Gotham City: Year One #3 offers an interesting journey with Slam Bradley as he navigates Gotham, despite a somewhat lackluster mystery.

The saga of the what the heck’s going on with the Waynes continues. However, we’re getting frustratingly few answers. We still don’t know who kidnapped the Wayne’s baby and we aren’t seeing any clues of who did it, or for what reason. 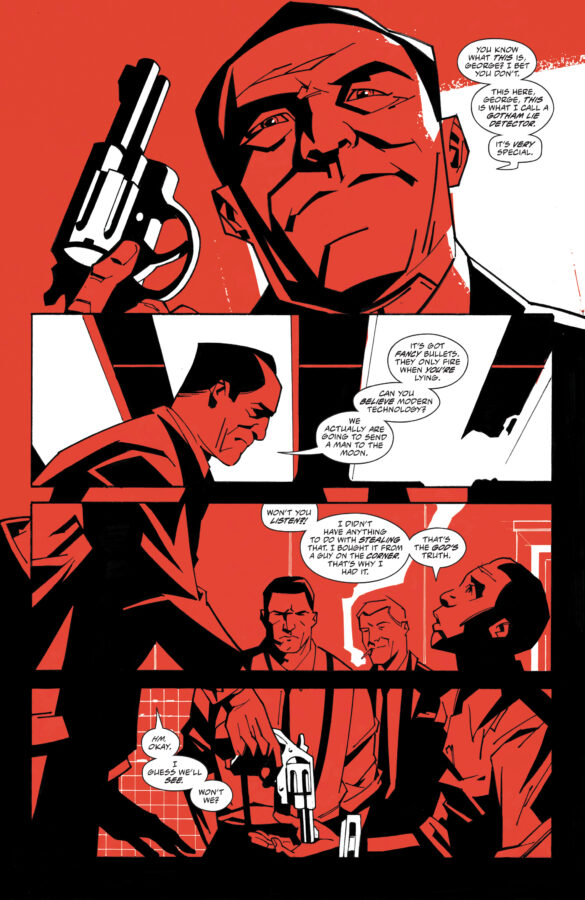 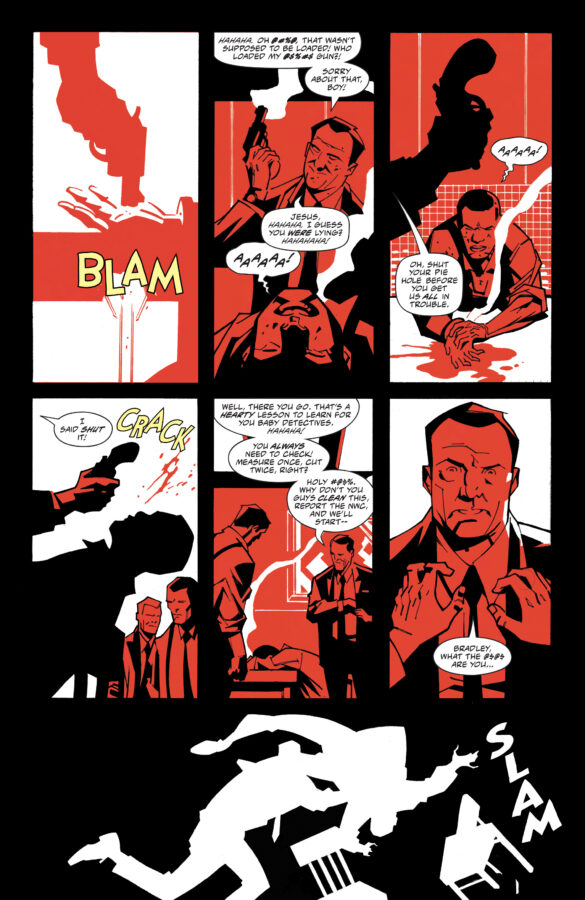 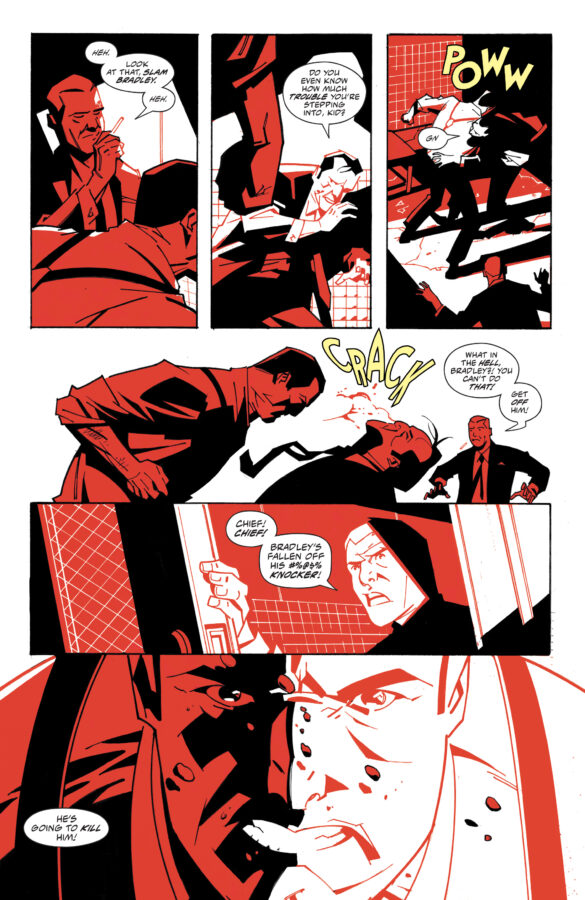 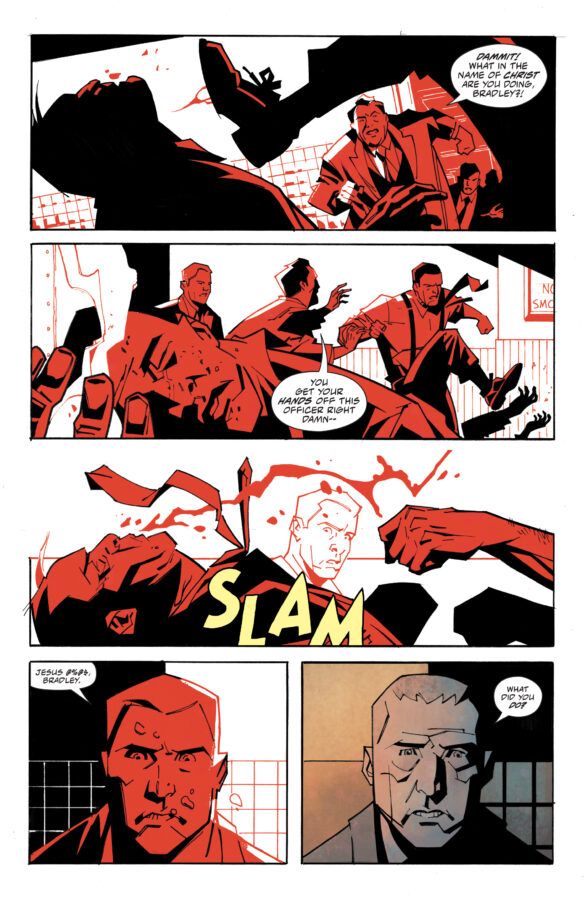 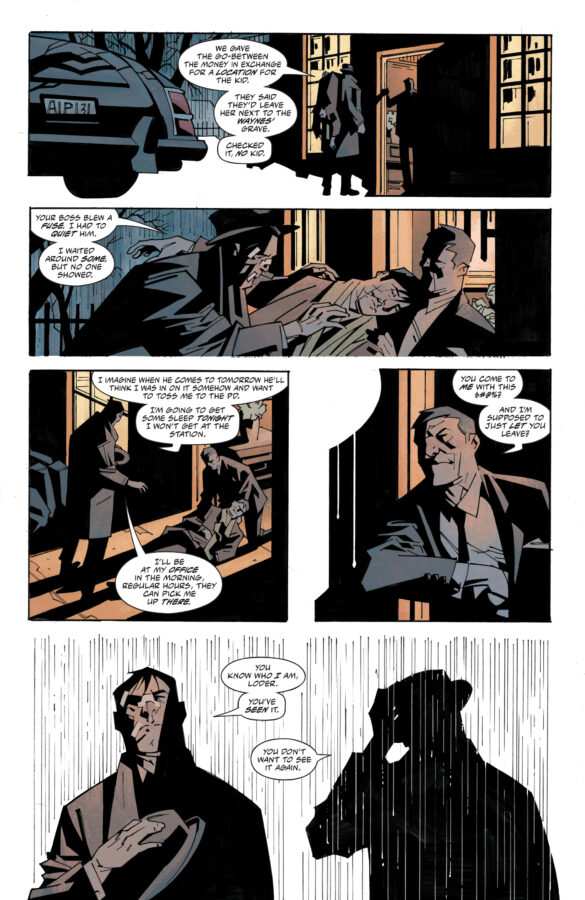 That being said, Slam Bradley’s a fun protagonist and an excellent foil to the cryptic and strange Wayne family. He’s no-nonsense and trying to make sense of the odd situation. Writer Tom King wisely chose Bradley as the central protagonist, as seeing the detective react while trying to solve the mystery is far more interesting than the actual mystery itself. Fortunately, there’s enough of Slam for readers to remain hooked on the series.

I don’t know what it is, but artist Phil Hester really kicked up his game in this issue. It may be due to using even deeper shadows to cement the noir tone of the series. Another reason is because the artist’s utilizing the different layouts to service the mood of the story. There’s a beautiful sequence in the middle of the issue where Hester lays out the panels in rigid vertical lines. The visual vertical motif then transform into black and white shadows over Slam Bradley’s face, symbolizing his feelings of feeling trapped in the Wayne family conspiracy. 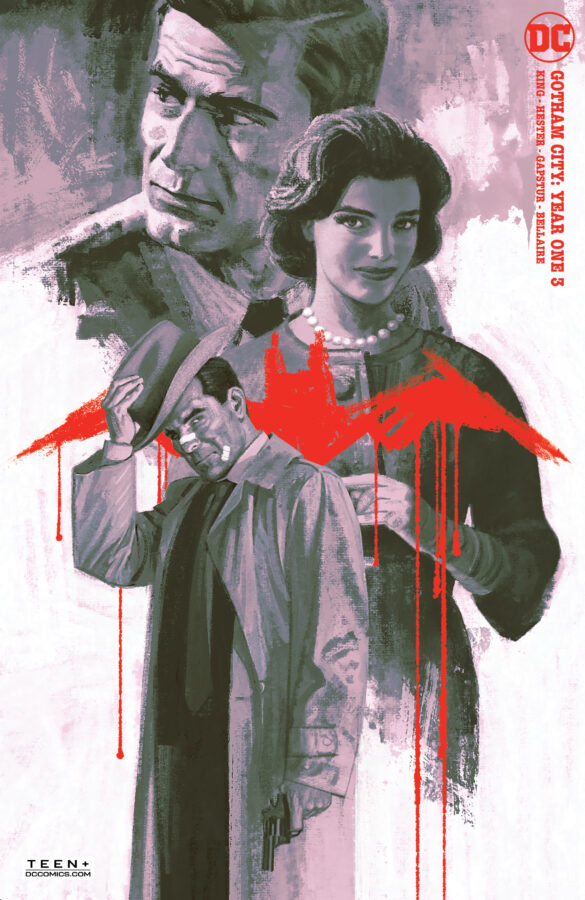 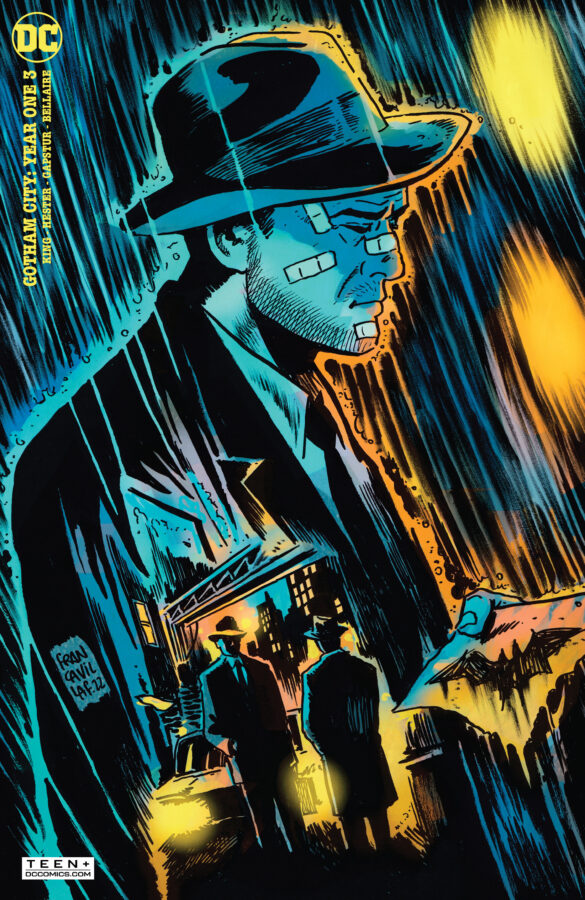 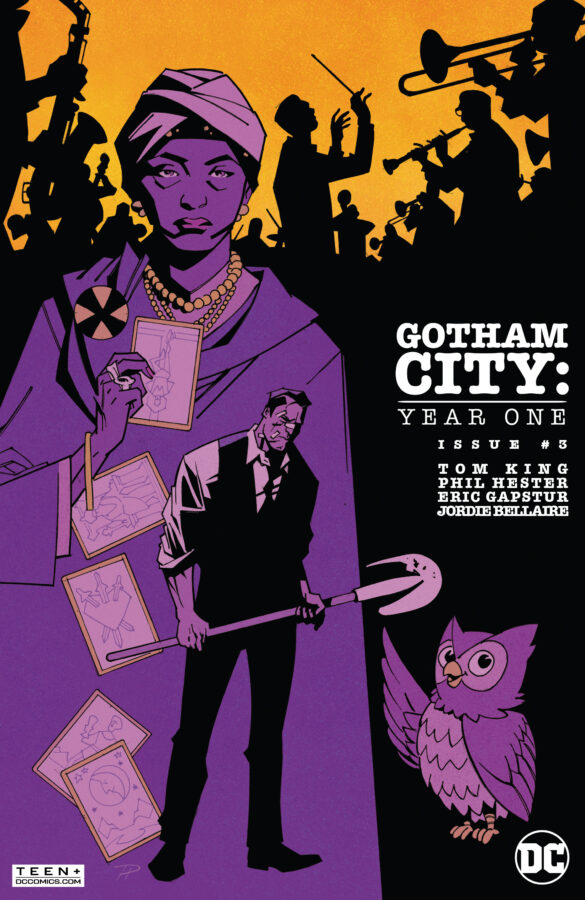 Beyond the composition and inks, a special shout-out goes to Jordie Bellaire’s spot-on coloring. There are gorgeous opening pages that utilize stark black, white, and red to great effect. I almost wish that the whole series was colored and inked like this.

Gotham City: Year One #3 is at its best when it is a vehicle for Slam Bradley to act and react to the startling situations he finds himself in. He’s a protagonist who’s likable, and this is the key to Year One #3 being successful so far. Unfortunately, the unfolding mystery of the Waynes offers only drips of information, which could make it easy for readers to disengage from it. Slam as the main lead, as well as Phil Hester’s wonderful gritty art. are make this issue a worthwhile read.