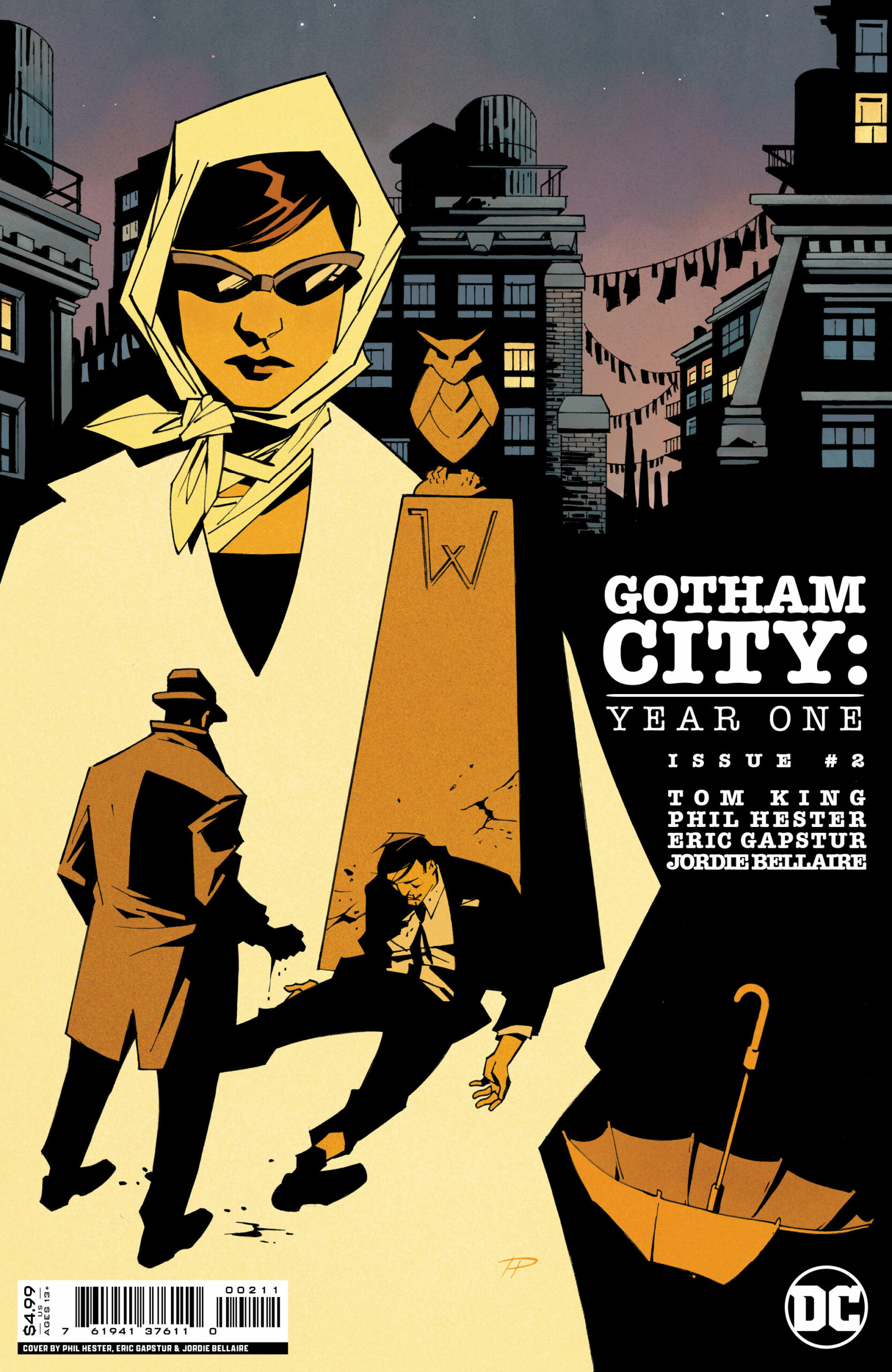 Gotham City: Year One #2 continues to deepen the mystery of the missing Wayne baby and how it relates to the entire city’s downfall.

Much of what I previously stated in the first issue applies, here: Gotham City Year One is percolating an interesting plot. Writer Tom King has a fascinating idea that this scandal with the Waynes is tied into Gotham becoming more corrupt. 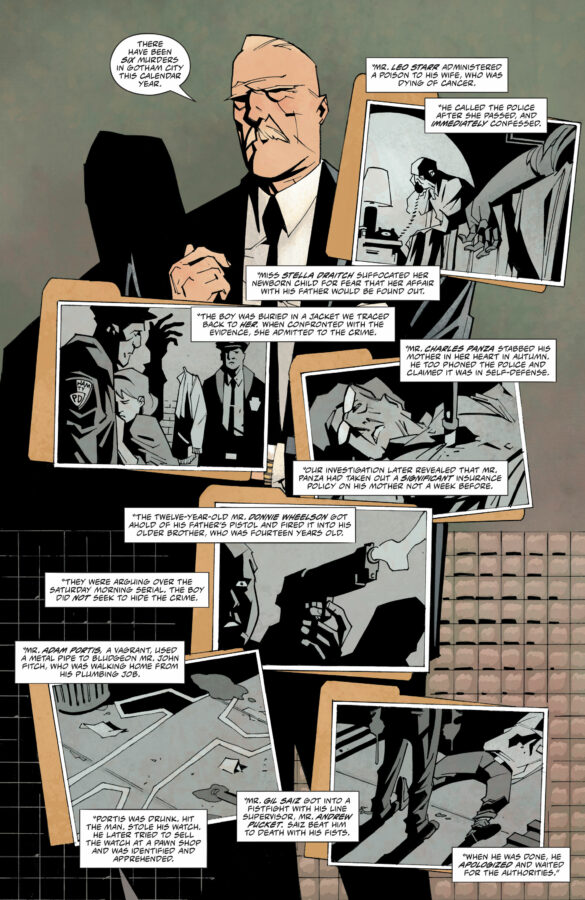 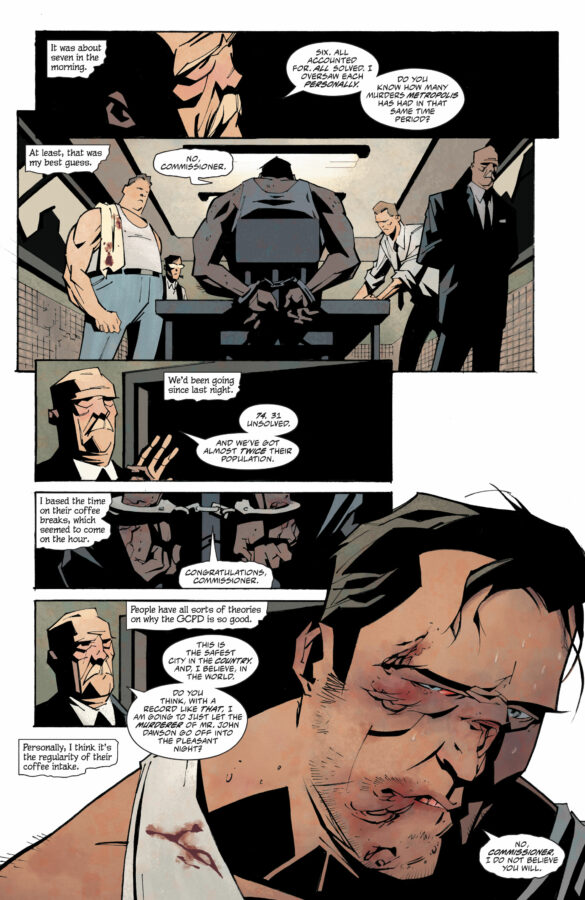 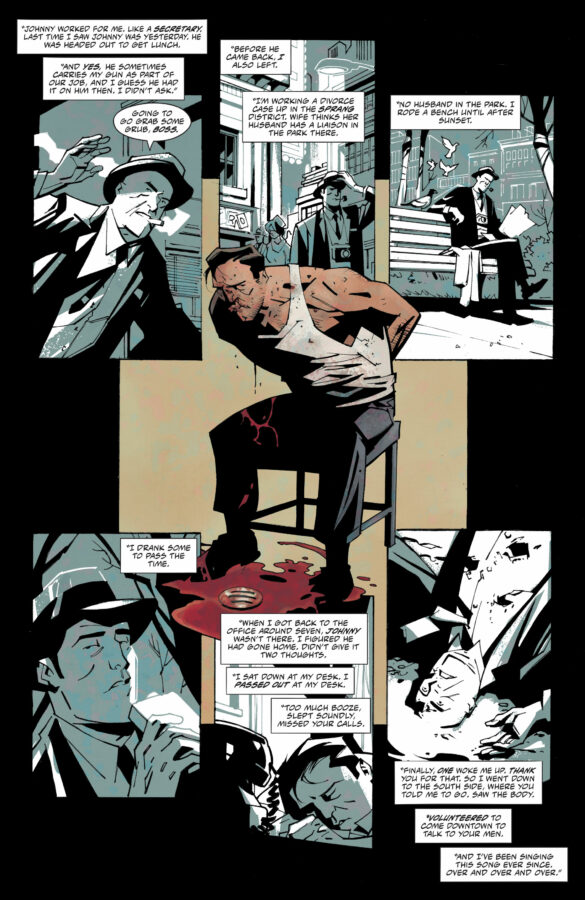 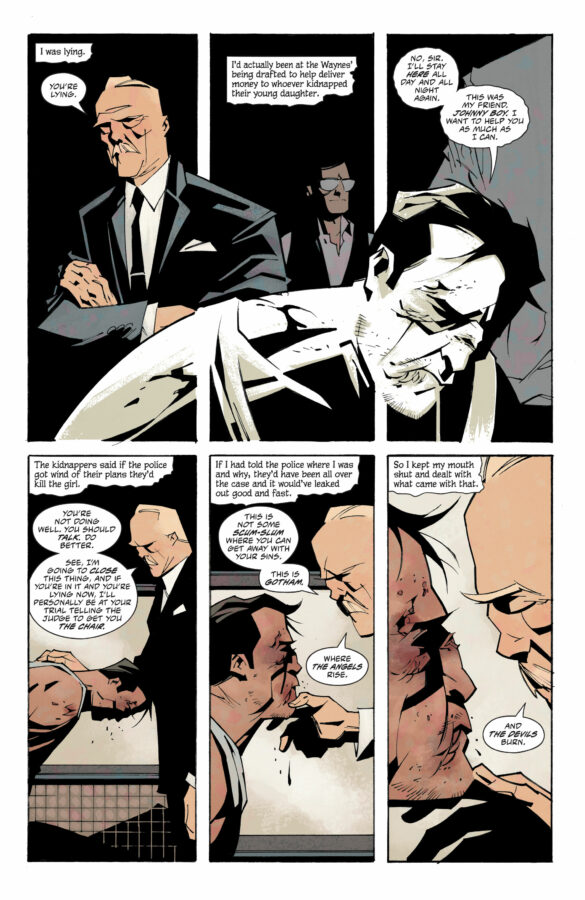 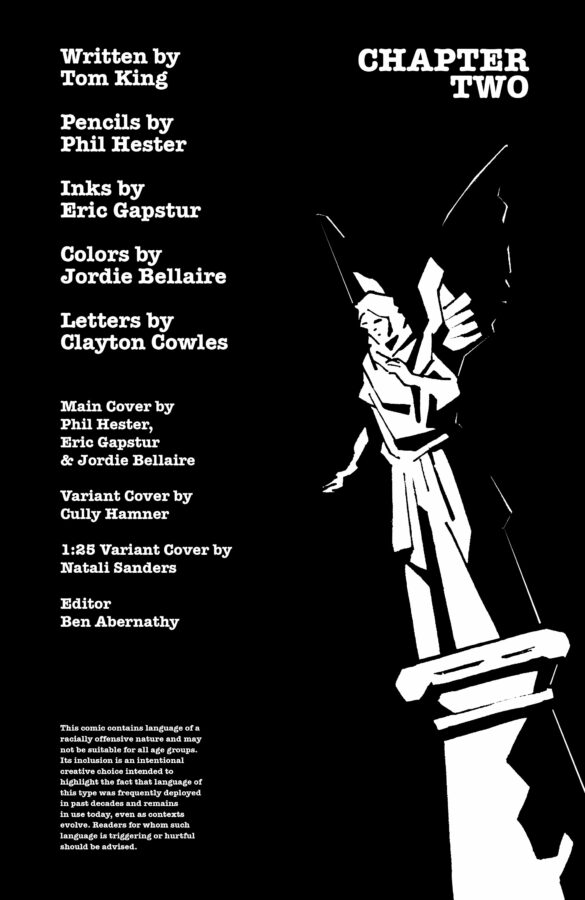 The mystery deepens and it’s hard to tell exactly who the victim here is. In fact, everybody seems like they have secret ulterior motives. Only our protagonist, Slam Bradley, can be trusted. Even then, King hints that he may not be a reliable narrator himself.

The most intriguing parts are when Slam makes decisions and how various people react to them. He’s honest, but everyone else isn’t. That makes for a fun read, particularly when looking at the Wayne family. On top of that, there are plenty of mini mysteries to keep the readers’ attention.

Unfortunately, the idea of all these various conspiracies sort of undercuts the premise of the series. We’re led to believe that Gotham back in the day was a more pristine, upstanding city before it descended into a crime land. However, the Gotham City back in the day feels pretty much the same as Gotham City around the time of Batman: Year One. There are still dishonest cops, sneaky rich people with ulterior motives, and a slum area. 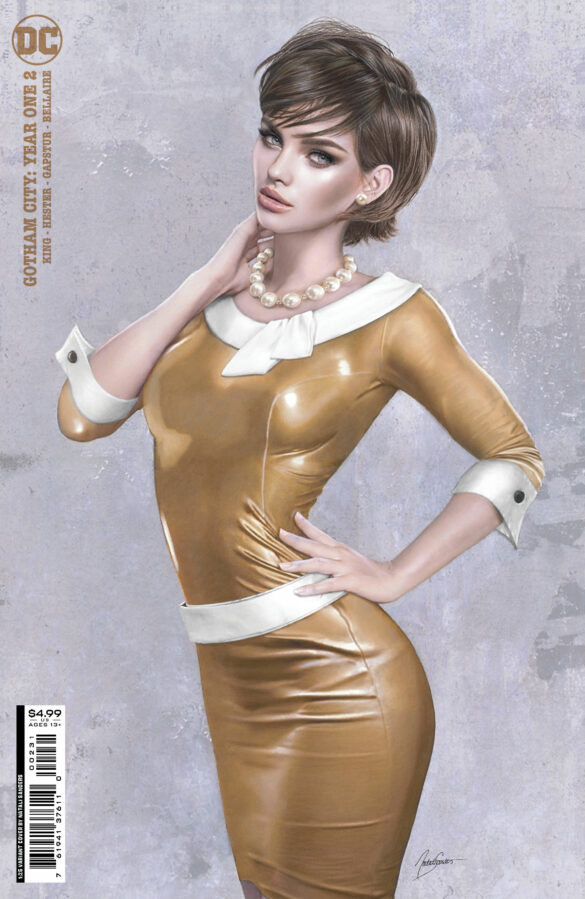 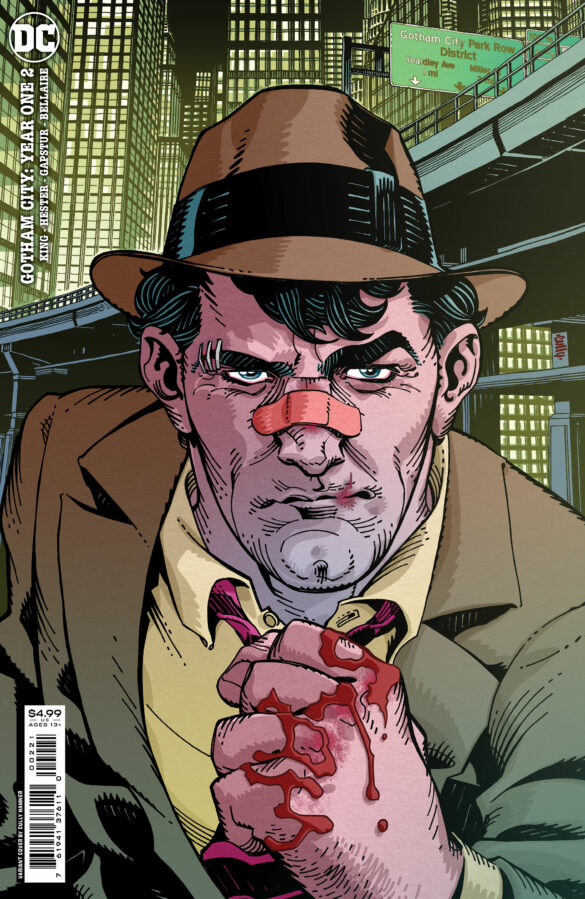 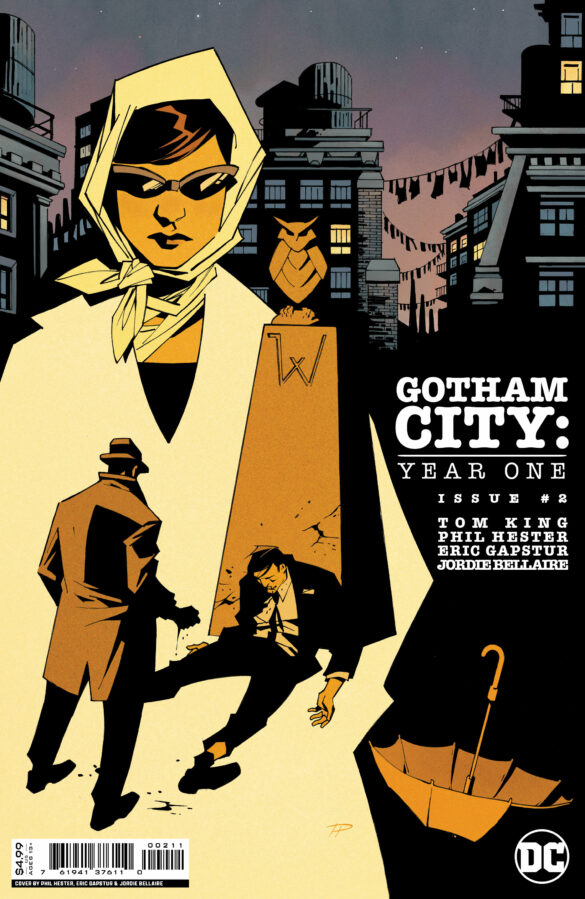 Speaking of looking the same, Phil Hester’s art, for me, is still failing to capture the period era of the story. This time only visual indicator that this takes place in the past is the model of the cars. The fashion and buildings still look fairly modern. It’s really difficult to feel immersed if I have to consciously remind myself that this is the past, not the present.

It’s unfortunate, because otherwise Hester and Gapstur’s art looks great. The heavy inks over the high contrast pencils are a great compliment to the crime noir script. I particularly like it when the images go fully stylized and makes specific panels black and white silhouettes. Jordie Bellaire’s colors compliment the line art perfectly.

Gotham City: Year Two #2 continues to have an engrossing plot, but is hampered by a lack of period feel for the era it’s set in. Hopefully, Hester and King can create a more robust 60s era Gotham in later issues. Otherwise, it feels too much like yet another modern-day crime comic.