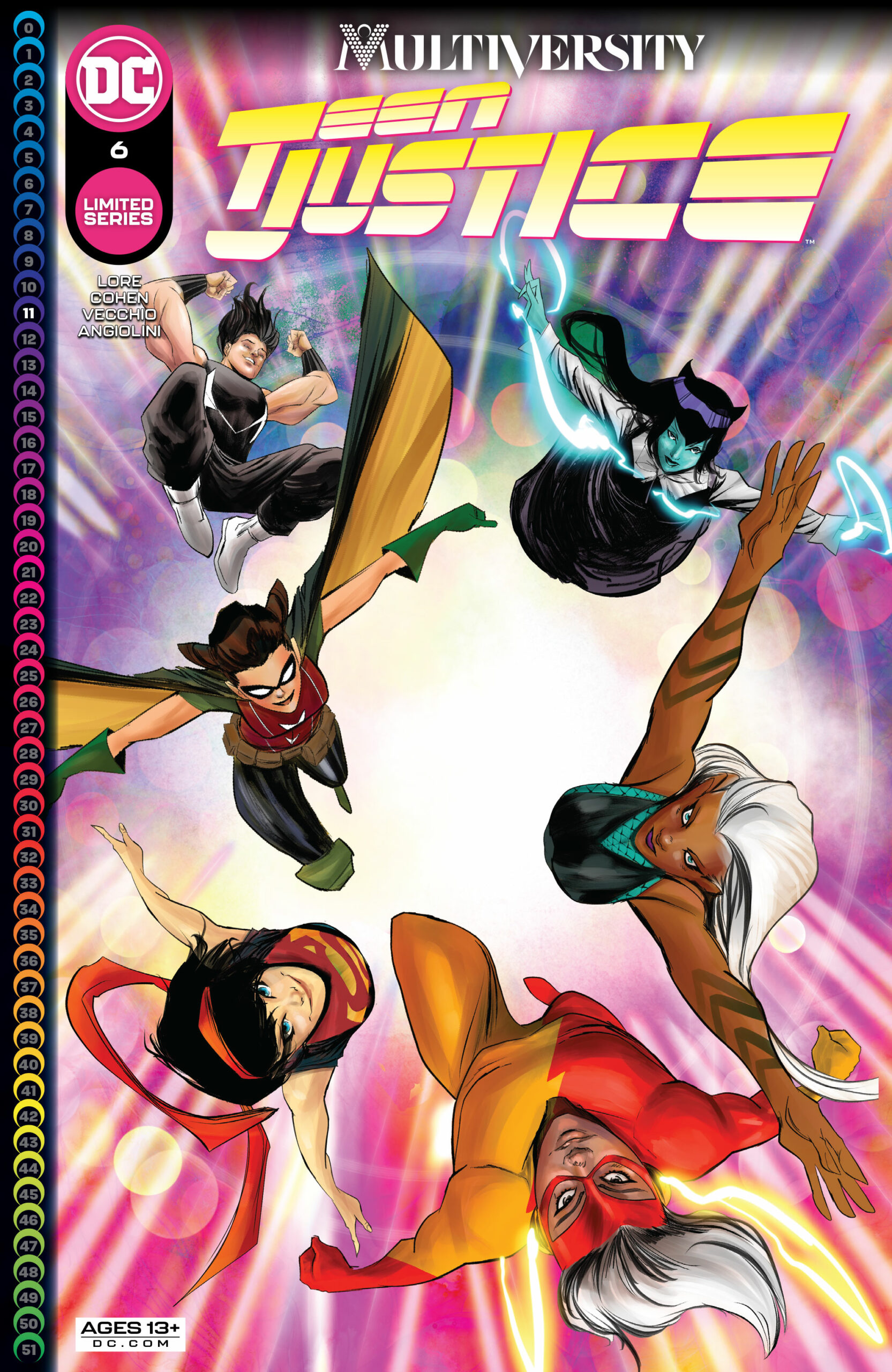 Multiversity: Teen Justice #6 wraps up the run of Cohen and Lore’s miniseries set on Earth-11. In this issue, the titular team has their final confrontation with Sinestra and the Green Lantern Core.

Given the frequent appearances of the character Gigi in each issue of this series, I suspected that she would come to serve an important role and this month those suspicions were proven right, as Gigi takes center stage, taking on her own superheroic identity. While I guessed that she would do so, I have to admit that I didn’t foresee exactly which DC hero she turned out to be the counterpart of. 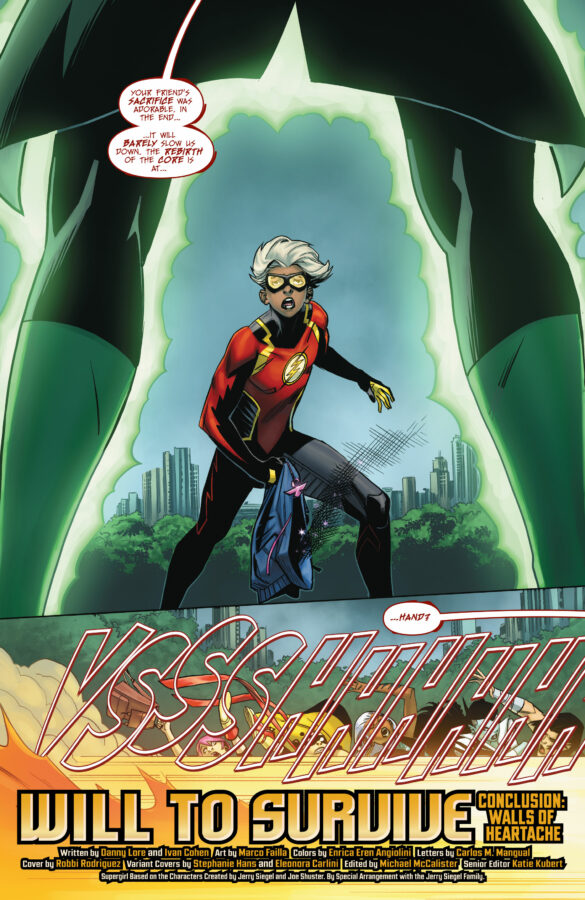 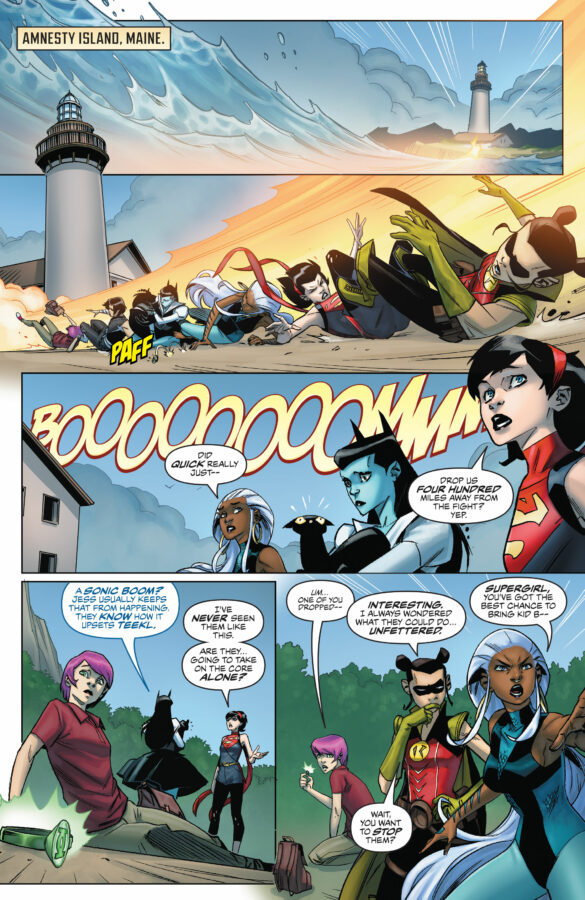 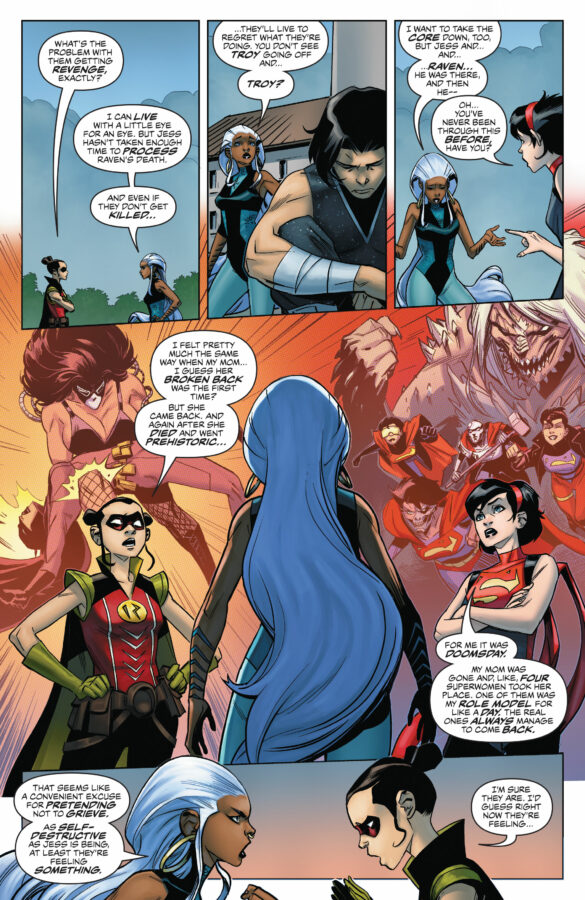 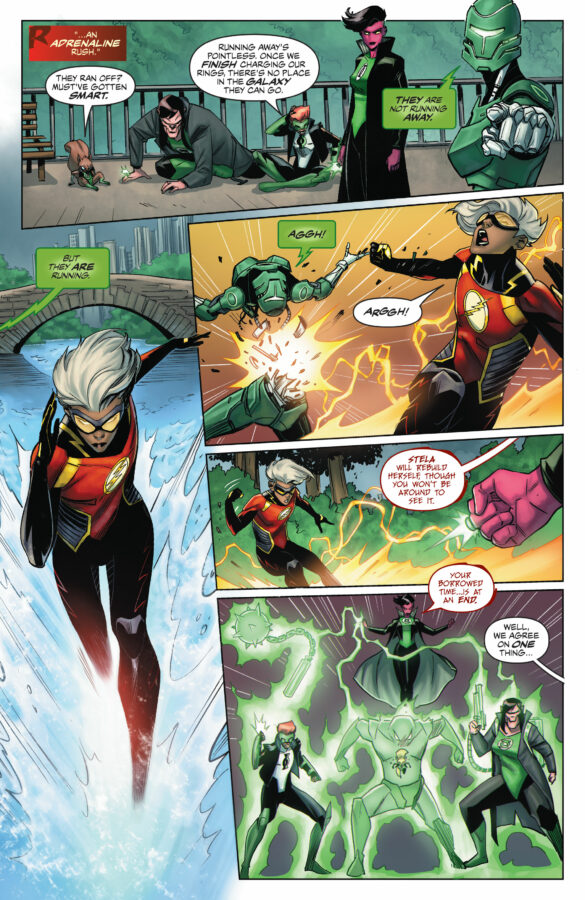 As it turns out, Gigi is a nickname based on her initials “G.G.”, Georgia Gardner. That’s right, she’s Earth-11’s answer to Guy Gardner. However, there are some interesting differences between her and Guy that show once again that this Earth is more than just a gender-flipped version of the main DCU. For example, although she wears a Green Lantern ring, she takes on Guy’s other hero name: “Warrior”. This is interesting, as Guy wore Sinestro’s yellow ring when he first took on the name Warrior. Gigi is also significantly younger and has a much less combative personality than Guy.

There is a touching moment when Star Sapphire, Carol Jordan, learns of the death of Hal. She recognizes that Gigi’s wearing his ring but despite her grief, kindly tells Gigi that the ring suits her, implicitly giving her approval for Gigi to keep it. She even goes as far as to ask Gigi to join the Star Sapphires.

Cohen and Lore wrap up the threads of the story neatly. The Justice Guild returns to Earth just in time to see that their proteges have defeated Sinestra and her Green Lanterns, but what of the future of Teen Justice?

Well, the team ends up settling into new headquarters in the Church of Blood building but there is some doubt about whether or not Kid Quick’s going to keep the new costume they donned last issue. Jesse Quick returns their old costume to them but Kid Quick says, “I’m not sure it fits me anymore”, clearly speaking metaphorically. However, when the team asks if the new costume is permanent or not, they respond:

Let’s just say I’ve replaced everything I took [from the Quick Museum] and leave it at that.”

However, it’s the conversation that Kid Quick has with Klarienne that holds some intriguing hints. Even though Raven was seemingly killed, Klarienne states:

Robin and Supergirl weren’t entirely wrong about Dath and our kin. There are options, though there’s always a price. I spoke with Zatara about a few places to start looking.”

Could one of these places end up being Earth-0, leading to Kid Quick’s migration to the main DCU, as has been hinted at in other books? I think that might be possible. 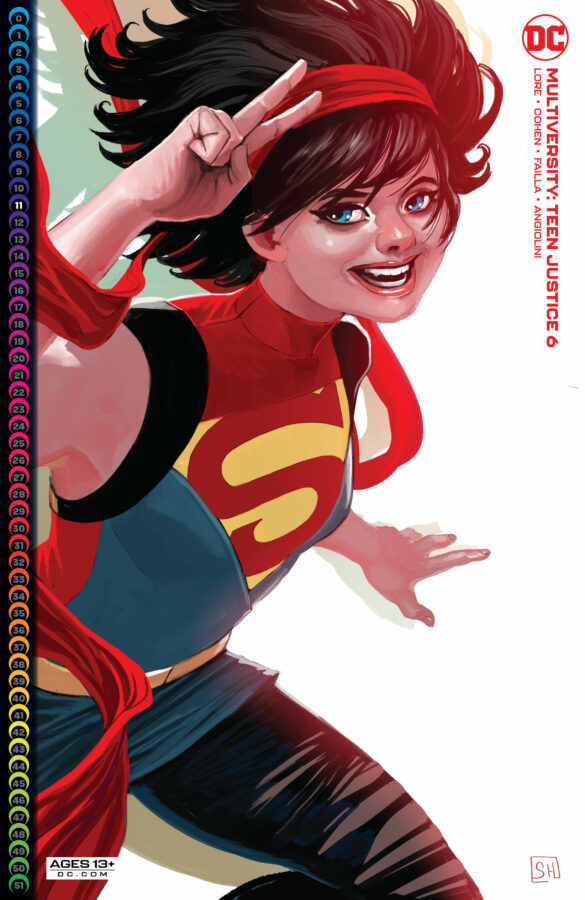 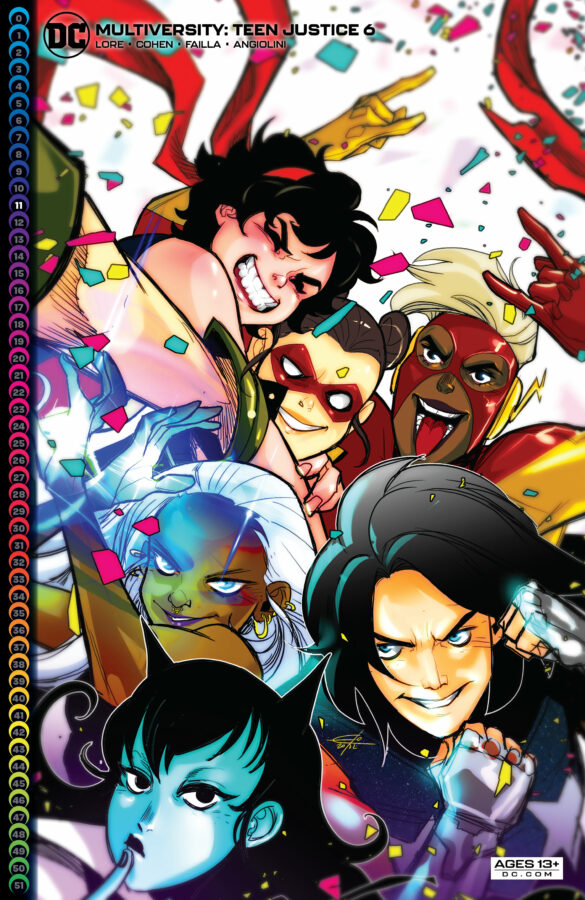 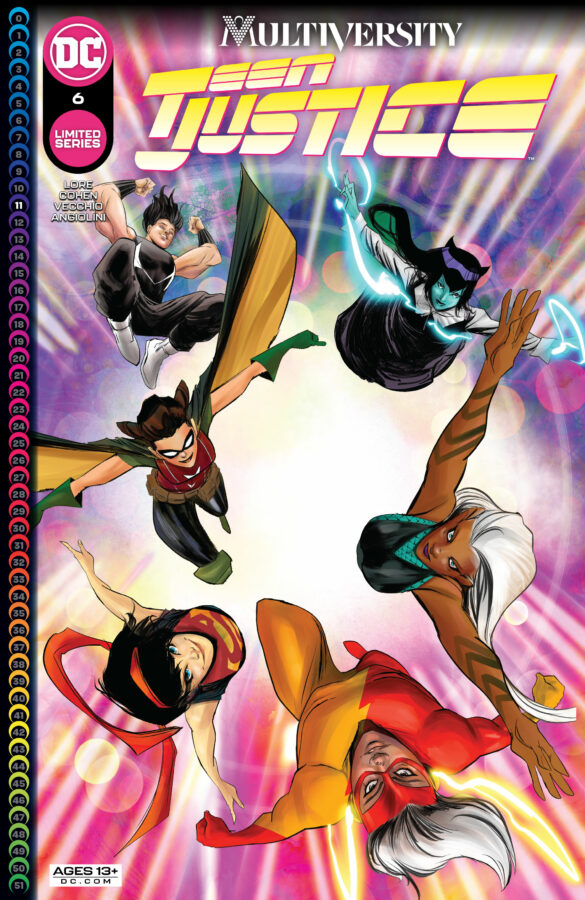 Unfortunately, there still are lots of mysteries about Earth-11’s history that remain unexplored. I was hoping the story would delve a bit deeper into it even though it does end with a strong hint that more Teen Justice adventures may be coming in the future. Hopefully, a continuation series will materialize, allowing a larger exploration of their world.

On the surface, Multiversity: Teen Justice is something of an odd series. It bears the branding of an event from seven years ago and appears to have little connection to anything currently happening in the main DCU. However, it has proven to be a terrifically fun story that makes an interesting change of pace from DC’s main line of titles.