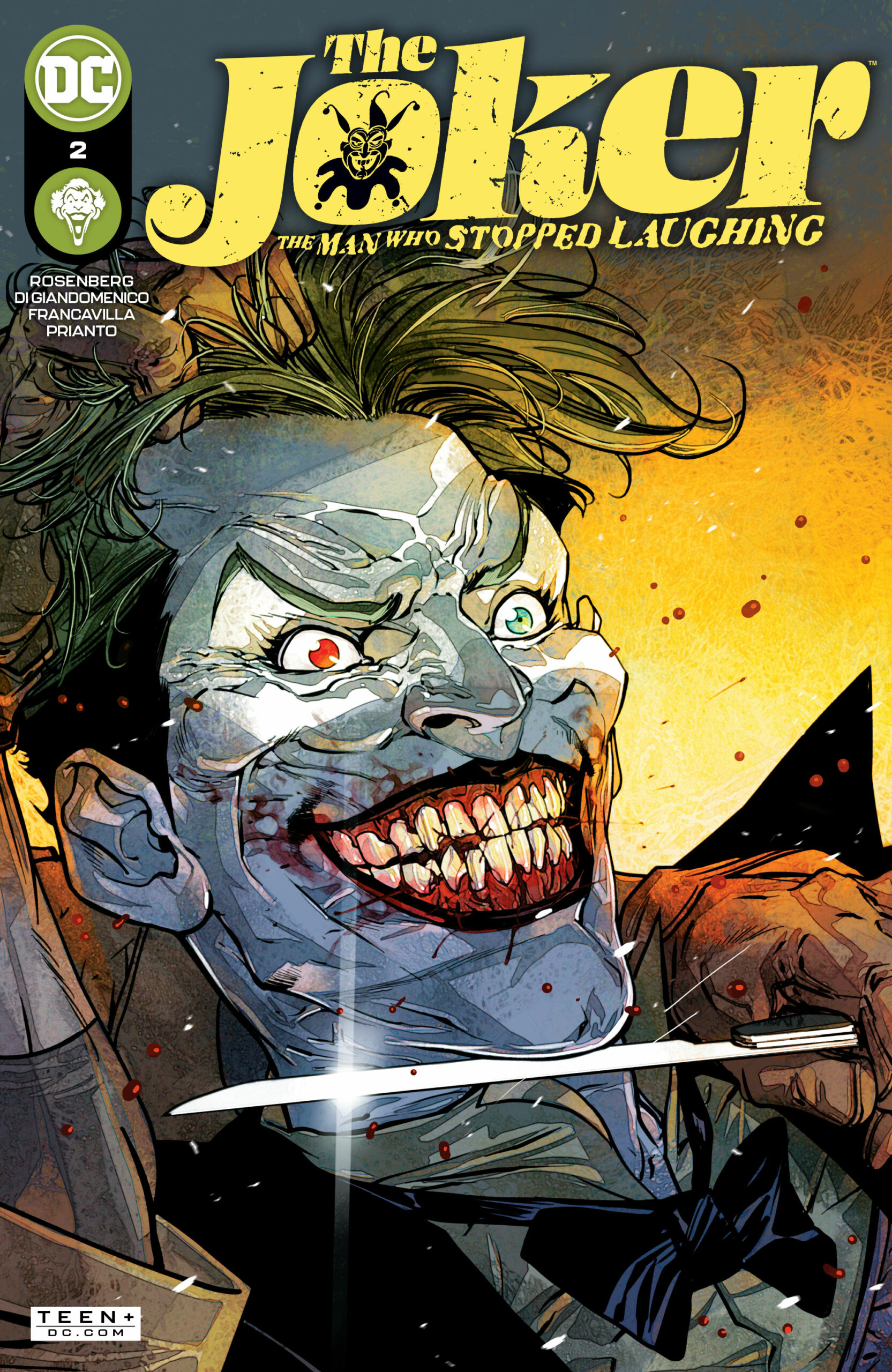 The Joker: The Man Who Stopped Laughing #2 is here! I was so pleasantly surprised at just how intriguing the first issue of this series was and, even beyond that, how captivating the concept is. A duo of Jokers has descended upon the DC Universe and, while we’ve seen a plethora of Jokers appear before (Batman: Three Jokers) the way this story’s playing out feels different.

A Man Needs A Home

Our Gotham Joker just wants to go back to his home but finds that it has been sold, and to the Riddler no less. His associate, Mr. Cardiff tells him that in his absence the other crime families came for Joker’s assets with no mercy. Like vultures they took what was up for grabs, assimilated those men willing to jump ranks while those loyal were… handled. With no allies Joker goes off in search of an old friend who isn’t so friendly towards Mr. J anymore. She hides none of the animosity in her hello. 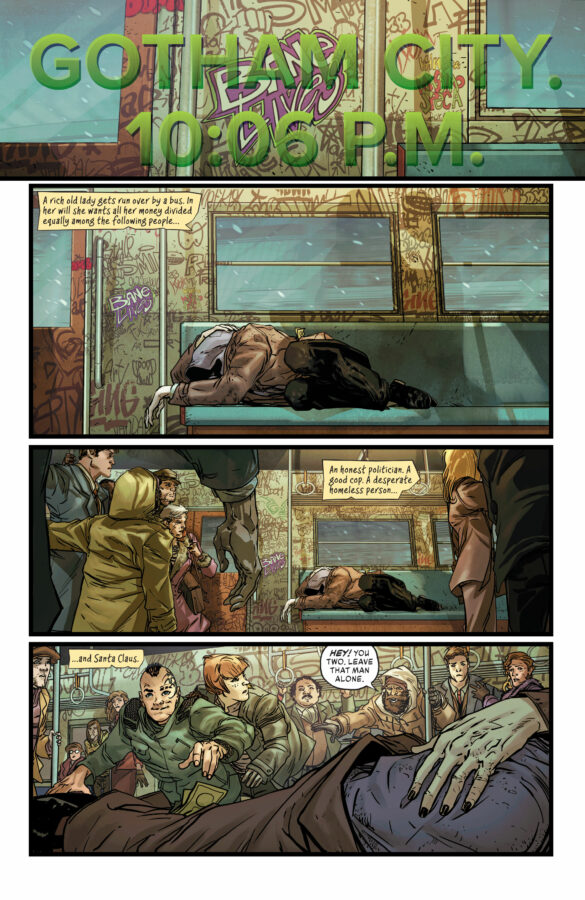 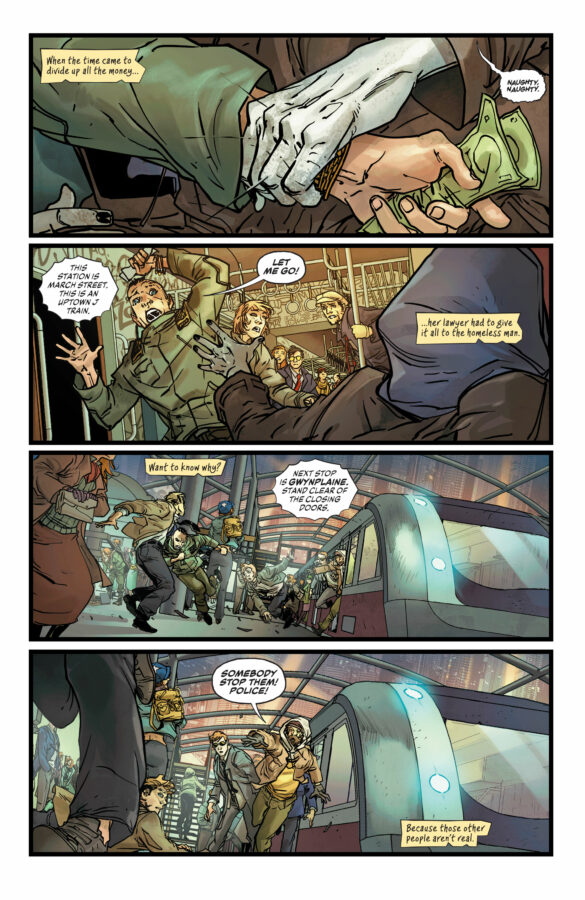 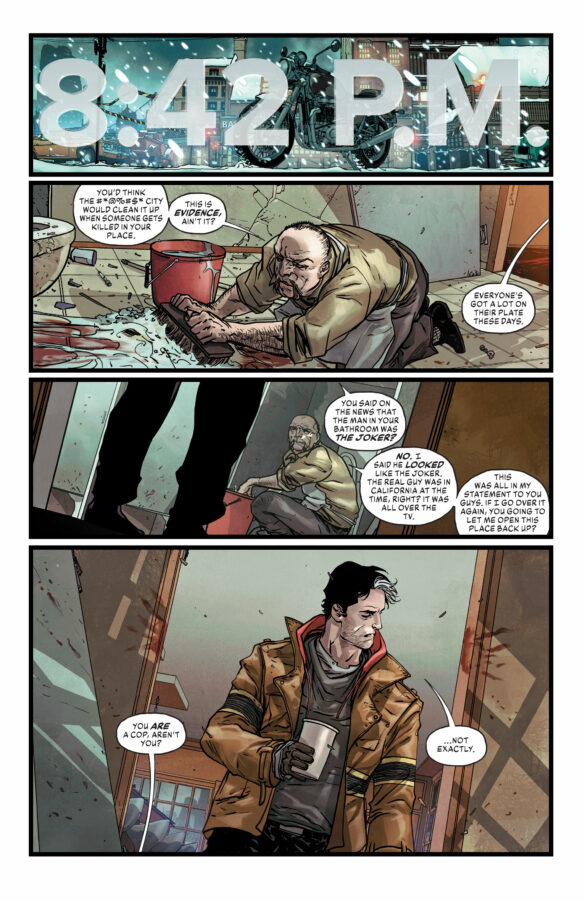 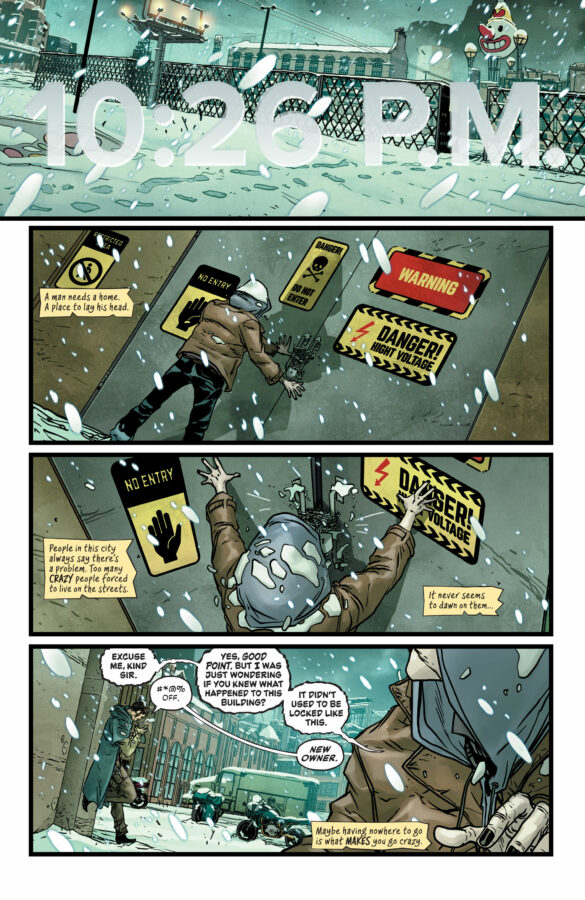 Meanwhile, Detective MacDonald and Detective Driver as well as the “other” Joker learn that there is still a Joker alive and well in Gotham. The one that was supposed to have died and been buried, rotting. But they aren’t the only ones on the look for Joker and his whereabouts.

The artwork is absolutely stunning, and the variant covers are to die for. I have my eyes on the acid drip variant by Francesco Mattina personally, but there are so many magical choices. Lee Bermejo, Gabriele Dell Otto, and Kelley Jones all showcase their talents with covers. Also, we get another additional short story called “Jokers Die Many Times Before Their Deaths“. This little short’s about a prank gone sideways in true Joker fashion. Written by Matthew Rosenberg, with art and colors by Francesco Francavilla, and letters by Troy Peteri. 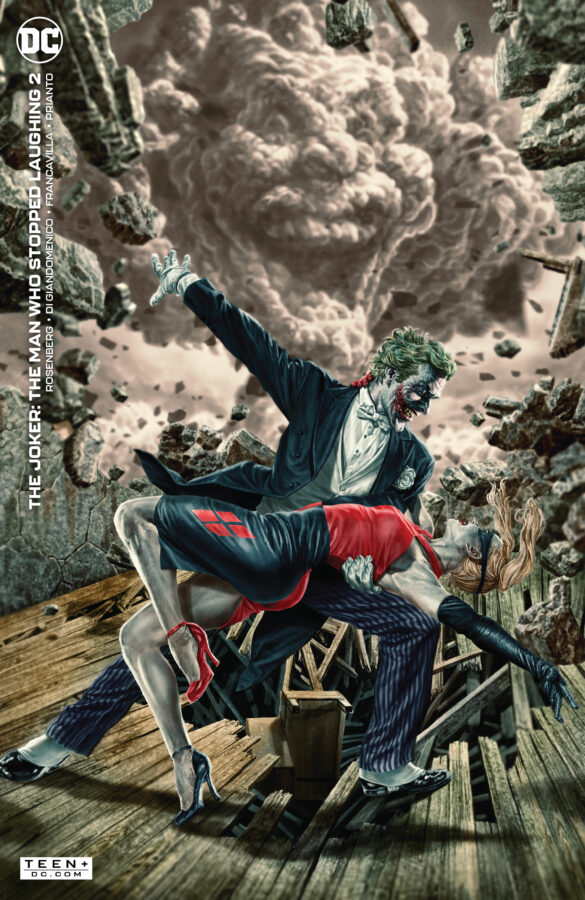 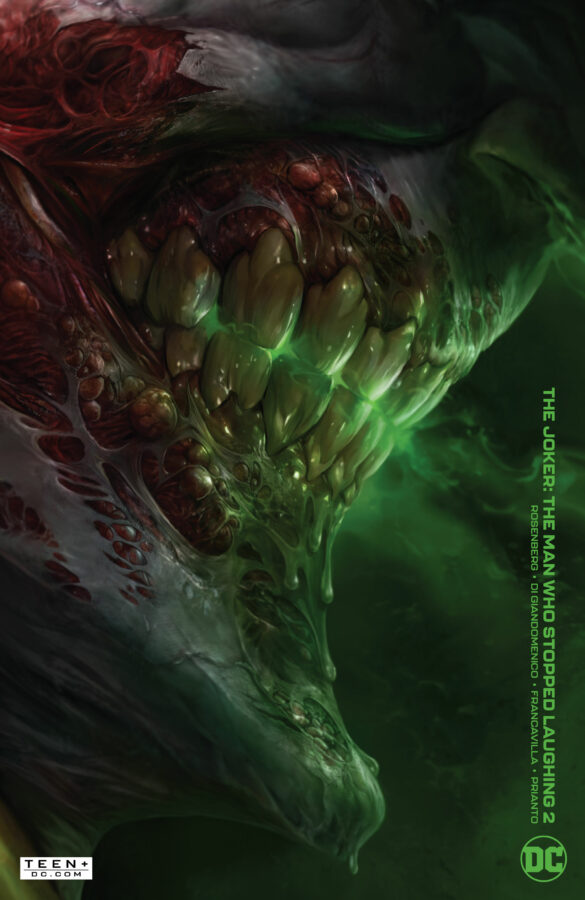 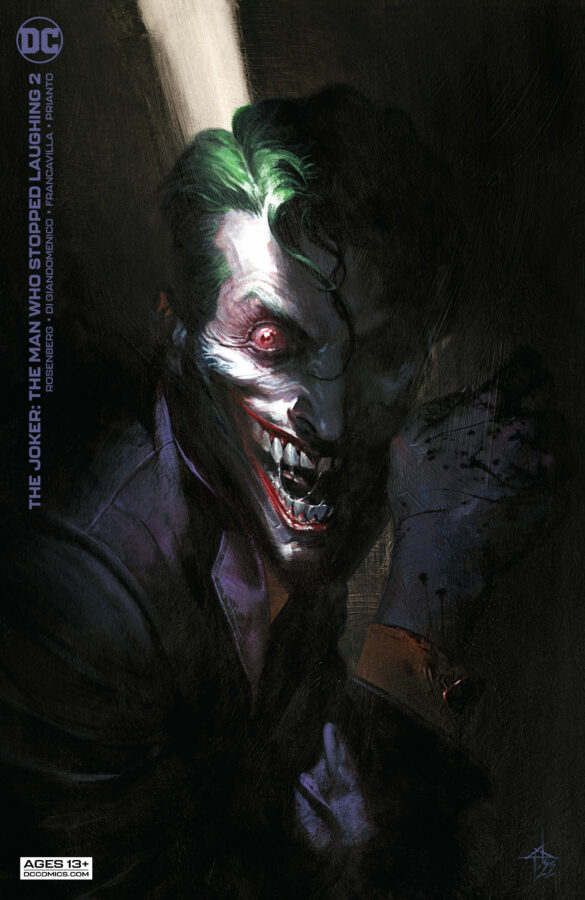 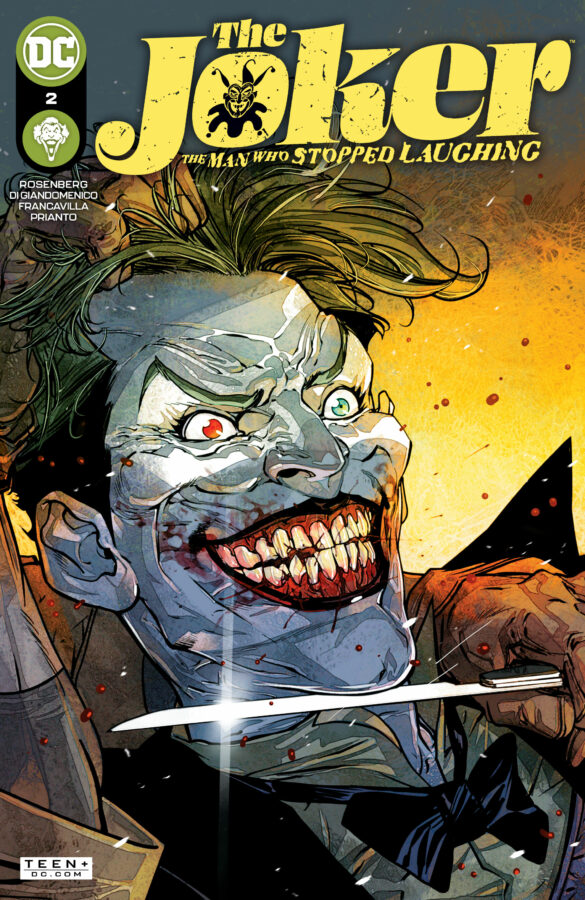 Matthew Rosenberg definitely has my attention with this story of who is the real Joker? Would it be better put as the “true” Joker? I almost get a The Prestige feel from the scenario laid before the readers, but there’s so much story left to go. With the art team of Carmine Di Giandomenico and Arif Prianto along with Tom Napolitano there are just no wrongs to be found in this series.

The Joker: The Man Who Stopped Laughing #2 keeps readers on their toes and ramps the mystery all the way up. All of the intrigue from the first issue continues, connecting the threads promises to be a mystery worth unraveling as the story rolls on. Who wouldn’t want to know whether they truly are the best version of their self?