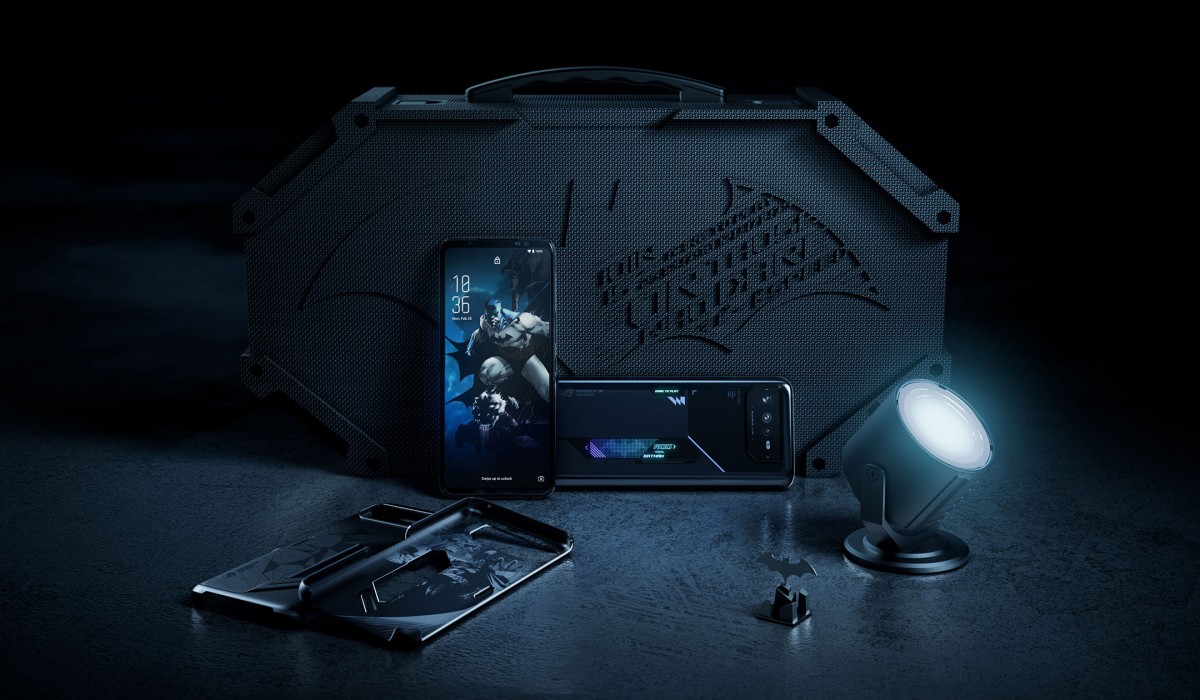 Starting with the box – you get a lofty hard-shell Batman carrying case with several Dark Knight-themed accessories including a Batman Aero Case, a Batman SIM ejector pin, and an LED bat signal searchlight that lets you project the famous bat signal onto any surface.

Moving on to the phone which brings the same specs as the regular ROG Phone 6/6D but with a few design twists including an RGB Batman logo on the back. The phone matches the Batman aesthetic with its Night black color and Asus has also added custom Batman themes, live wallpapers, charging animations, and Always-On Display (AOD) options. 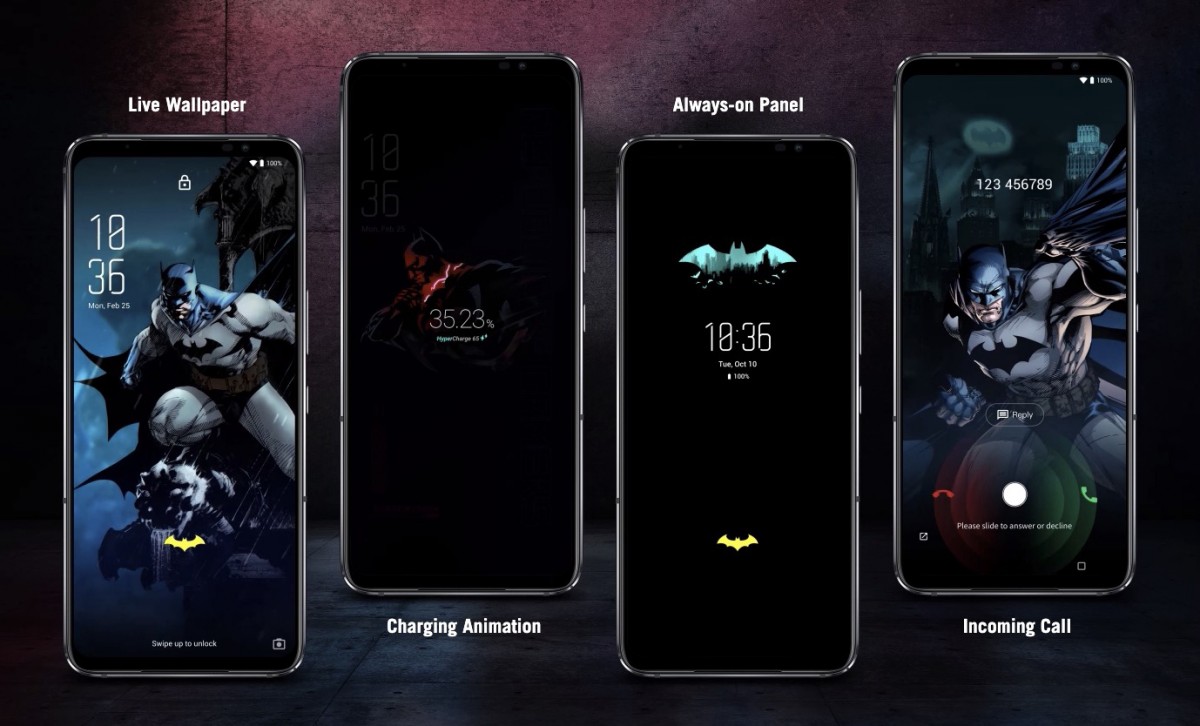 Asus ROG Phone 6D Batman Edition (Dimensity 9000+) will retail for €1,199 in its single 12GB RAM and 256G storage trim across Europe, the UK and regions outside the US and Canada where the phone will be equipped with the Snapdragon 8+ Gen 1 chip.

Asus has not yet shared details about the pricing and availability for the Snapdragon 8+ Gen 1 powered ROG Phone 6 Batman edition.

This phone looks amazing and I’m sure that any fans of Batman/DC Comics will absolutely love it.