It’s great to see Bill Sienkiewicz slowly getting the more widespread recognition he deserves, as he’s an artist who brought a unique brand of fine art to comics. Classically trained as a painter, his early comic work at the turn of the eighties showed great storytelling and design-work skills resembling those of his friend and mentor, Neal Adams. 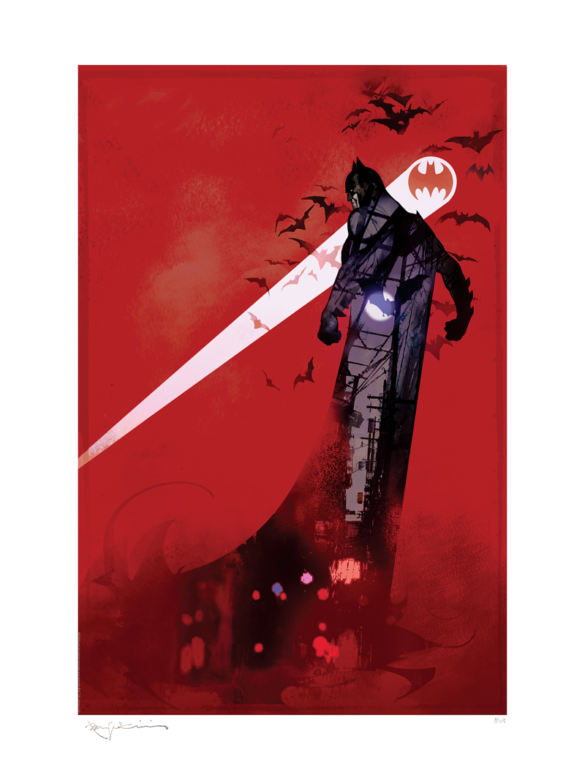 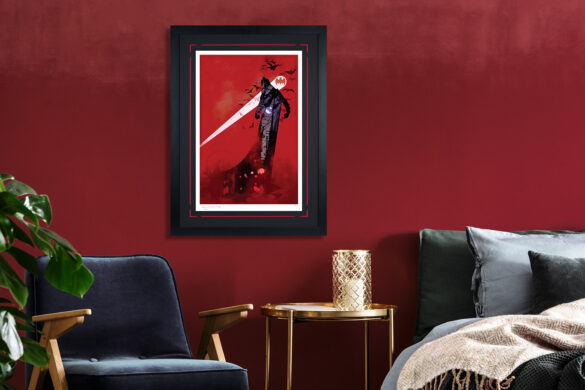 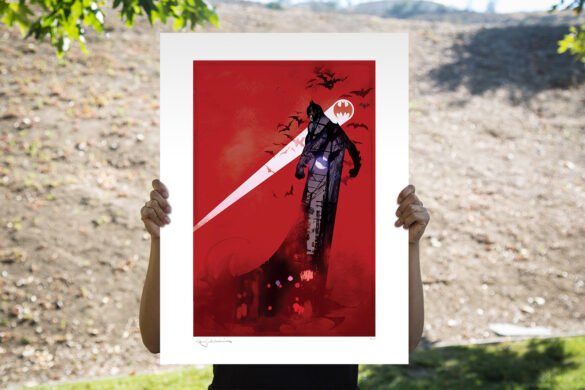 As Sienkiewicz’s career developed, he was allowed more freedom for creative expression employing a mix of photorealism with near abstract expressionism. Forms of painting were employed including oil, acrylic and watercolors, as well mixed media and collage and the use of a mimeograph – a low tech form of photocopier. The boldness of his experimentation, plus the skill with which he achieved results make him a very important artist in the comics medium and the influence of his work exists today.

Although his early work was for Marvel, it was actually then DC art editor Vince Colletta who pulled him into the comic world fresh from art school when he was 19, and put him in touch with Batman legend Neal Adams. It wasn’t until almost ten years later that Sienkiewicz produced his first work for DC which was (who’d have guessed it?) Batman where he contributed to both a cover and interior work to Batman #400.

For this latest return to the character in the “Signal The Bat” lithograph, Sienkiewicz has kept the abstract side to his work to one side’. Previous exaggerations to Batman’s form have been replaced by a classic body shape, though the length of the cape is exaggerated to give an otherworldly sense of having risen above the red heat of the city… yet the city doesn’t leave Batman. The Dark Knight’s very form is made up of an image of Gotham. 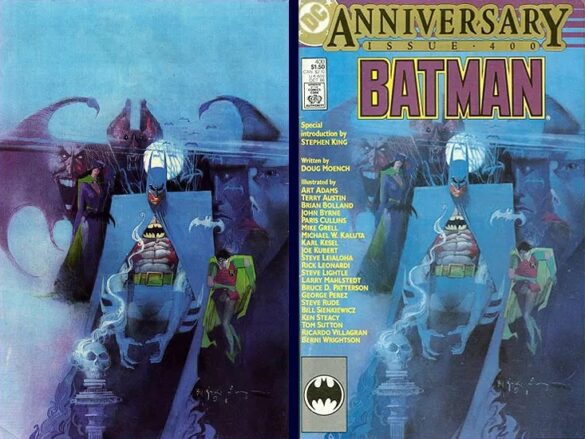 Finally, cut through the textured red background denoting conflict and peril, is the eponymous Bat Signal, that hovers just above Batman’s right shoulder. Now that’s how you make a superhero look dangerous, menacing and still the answer to a city’s prayers.

After Dark Crisis Comes The Dawn of the DCU