Support Your Joker Dragon In The 2022 Toy Awards

The Toy Of The Year awards for 2022 have been announced and the category for vehicles includes none-other than the Joker Dragon. Scroll though cute cars, a cute shark, Lego, and a Sonic the Hedgehog RC plane and you’ll finally get to the nightmarish vision of the Jokers dragonized face on a ghostly pale thick body and tail. You can’t miss it – it kinda stands out!

This behemoth is, of course, ripped from chapter three of the hugely popular Dark Nights: Metal series. Created by Scott Snyder and Greg Capullo, the series had great cross-over appeal thanks to a brilliant hook: a collection of unearthly metals and Batman himself are a link to previously undiscovered Dark Multiverse – think infinite possibilities of a multiverse, but all of them are twisted nightmare versions of those possibilities.

Then throw in an actual real rock soundtrack, the Death Metal spin-off, some awesome shiny metallic covers and the radical reimagining of certain characters, and MacFarlane toys had no end of inspiration for their toy lines plus a hungry audience ready to snap them up. 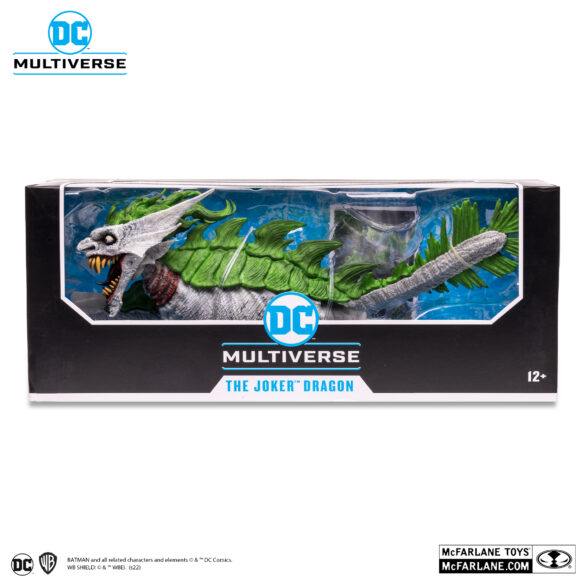 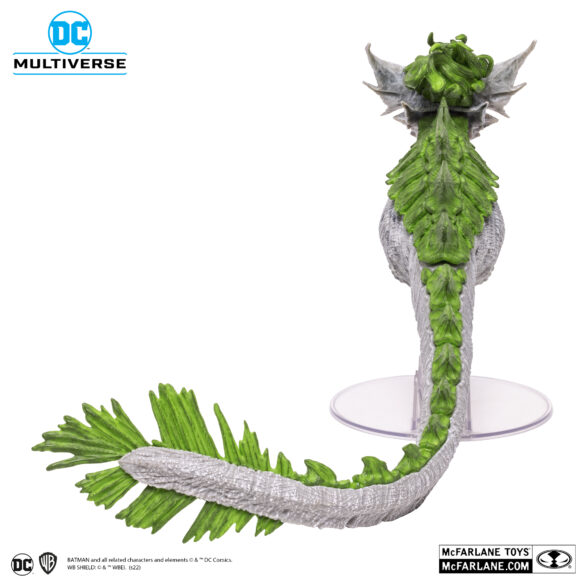 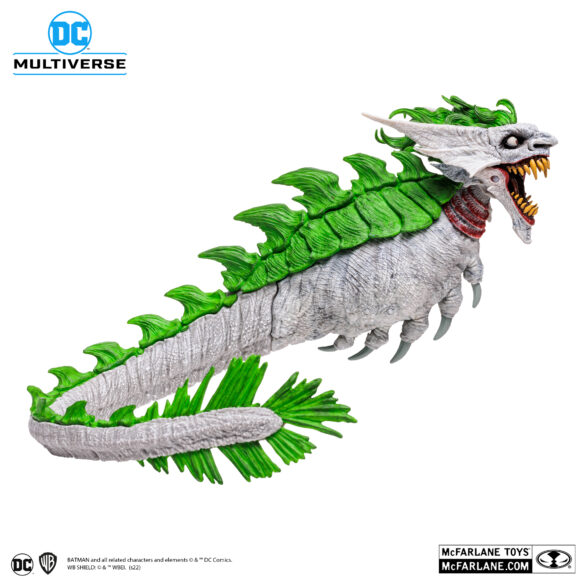 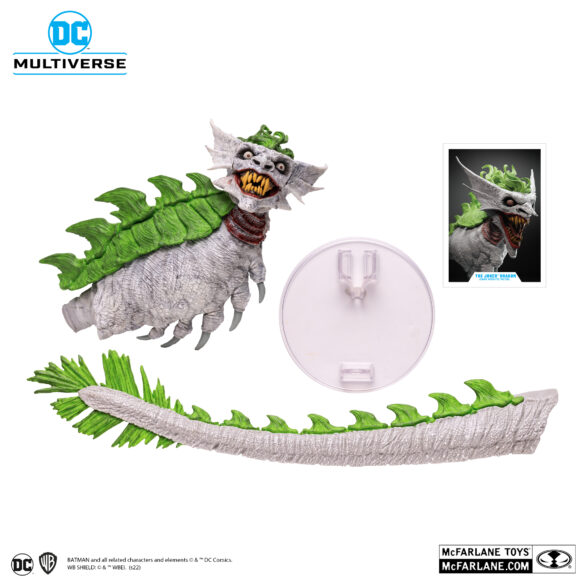 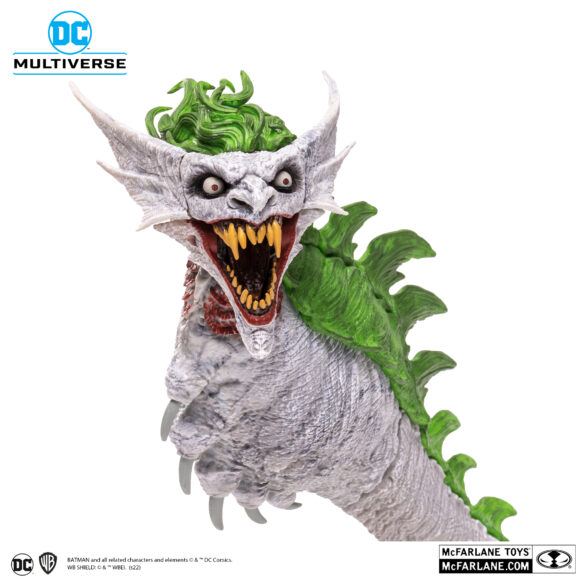 Dragon versions of The Joker pop-up in the periphery of the story initially, but it’s not until the final issue that we get the majestic sight of silver-suited Batman punching out a Joker Dragon and riding it into battle – hence it’s inclusion to the vehicle category in the toy awards.

The toy itself is impressive. Essentially just a head and a body (shudder!) The head and mouth are posable, along with multiple points of articulation in the tail. It stands on its base at almost 20 inches long and has a decent heavier-than-you-think weight to it too. Also included is a collectable photo card.