The game developers claim meticulous detailing of Gotham City’s map in Gotham Knights video game will create the most immersive urban experience yet in a game.

In an in-depth interview with IGN, Gotham Knights’ level designer director Kristofor McMahan boasts of the insane level of world-building that went into creating the Gotham City map. The game creators mapped out a 400-year history of the city, including the origins of the five founding families: the Waynes, Elliots, Kanes, Cobblepots, and Arkhams.

Get to know the origins of our Gotham City. #GothamKnights https://t.co/nbUryD3E2A

Due to each of the families’ unique predilection for certain designs, they built up Gotham into five visually-distinctive boroughs. For example, the borough the Waynes help build is a sea of modern, high-rise skyscrapers. Meanwhile, the Cobblepot family founded the blue-collar, industrial region of the city. That area’s decorated with short, flat-roofed buildings and smoke stacks.

McMahan stated how important each family’s personality contributes to the design aesthetics of the various neighborhoods in Gotham.

So, for us the five boroughs started with the families. They moved there, they built imposing structures within those districts. So then we build around that to where the identity for those districts really is based on that family. 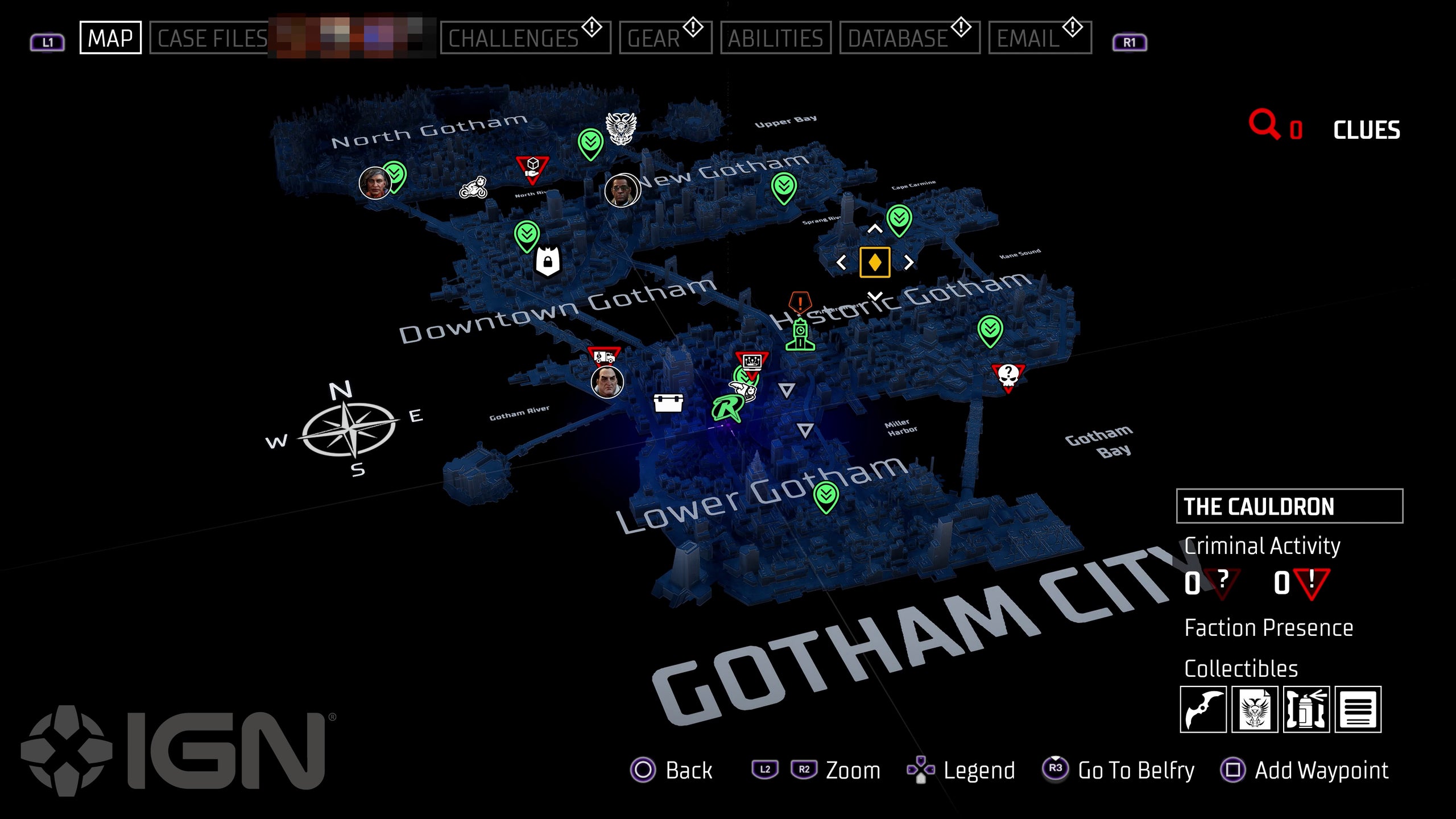 Of course, there’s a necessary in-story reason why the team is creating such a detailed history of the city: the Court of Owls. The Court is the primary antagonist of the game and their presence is everywhere in Gotham since the beginning.  They informed how structures in Gotham were created, due to their shadowy, Illuminati-esque approach.

Creative director, Patrick Redding, elaborates on why they chose the Court of Owls as the main villains in the game.

One of the things that we love about the Court of Owls, aside from the fact that it’s a new, fresh addition to the Batman canon, is that they represent a threat that’s so embedded and so intrinsic to Gotham City because of the historical origin that they have, that even Batman doesn’t know about it. The notion of a threat that’s so intimately tied to a city that he considers to be his, that he knows like the back of his hand, that he’s been patrolling for literally decades at this point; that’s a very intimidating and scary idea. That they’ve been operating behind the scenes in the shadows, pulling strings, manipulating things, using their power and wealth in this fashion, and that they’re quite content to just not have Batman notice them. That’s a terrifying idea.

So, with that in mind, what we knew is that we needed to give you a sense of Gotham’s history in order to be able to show all the ways in which the court is embedded in that. That feeling that Gotham is kind of an adversary in a way, and that the Court of Owls is the embodiment of that, the personification of it.”

For more on the development of the game’s Gotham City environment, including easter eggs and more on the in-depth history of Gotham that the team developed, check out the full article on IGN.