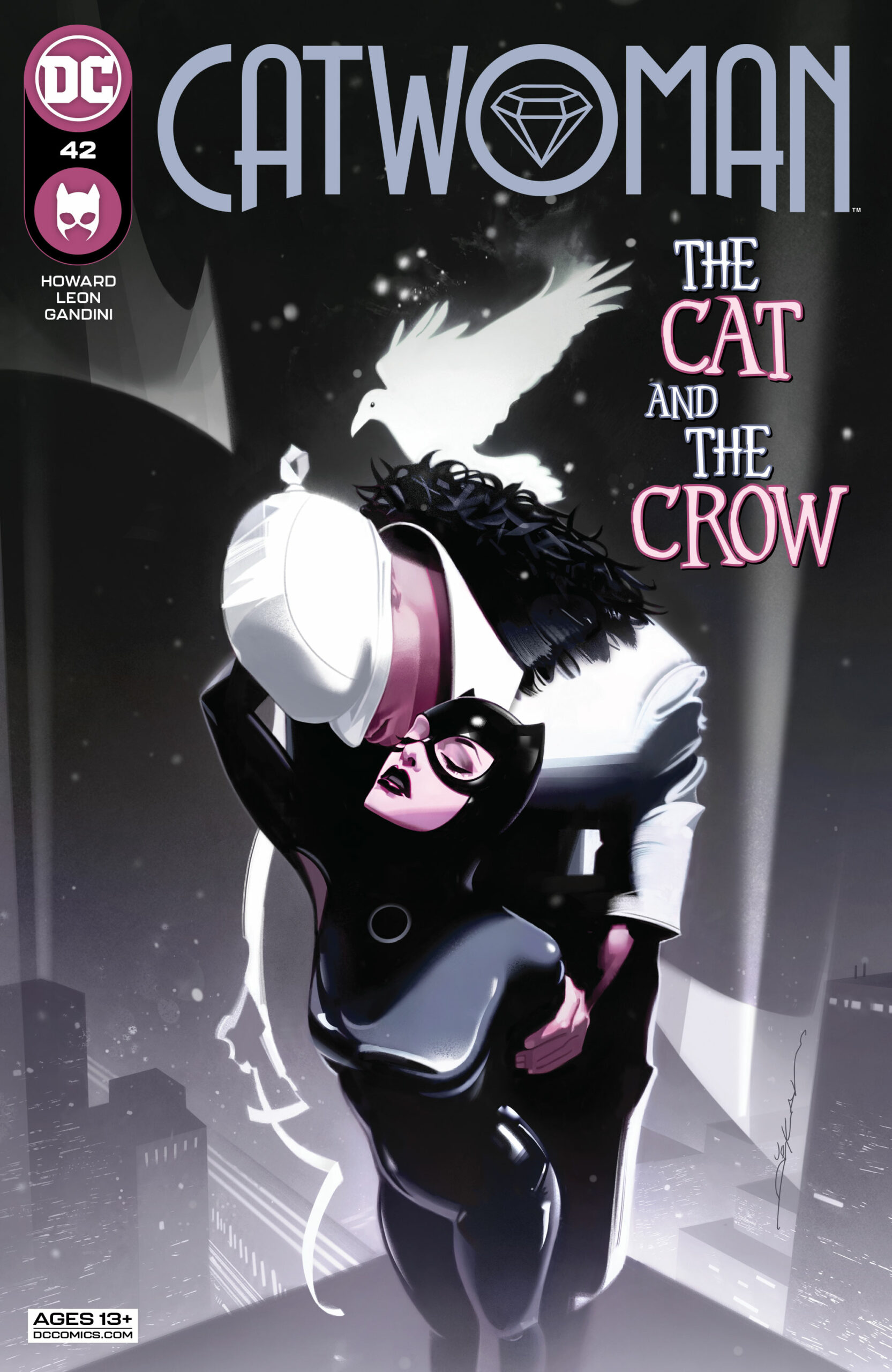 Catwoman #42 brings a dramatic end to the current arc. Her feud with Black Mask leads to an epic confrontation and the entire issue builds tension around it perfectly. We’re treated to a mixture of visuals that treat us while we get a further look at the endless resourceful nature of Selina when she’s on a mission.

This issue rounds off the current run with emotion and high stakes – everything we could want from a Catwoman comic.

It’s the subtle detailing that makes the artwork shine in this issue. The vibrant colors of Eiko’s gang pop against the dark rooms. There’s also something both charming and delightful about Selina sleeping in a baggy shirt that features a cat rolling in diamonds. Between that and the small detail touches that show off the names of characters integral to this leg of the run, we get a well-rounded management of the story.

This issue also works as a delightful showcase of Catwoman’s skills. I often call her the greatest thief in DC, and it’s with this issue that we truly see her extensive skills. Between slinking through grates, with the curious eyes of alley cats watching her, and hoodwinking people of influence to gain information. It’s the slower middle part of most issues that let us see our characters in action, and Catwoman #42 does this better than most.

The emotional toll that Selina’s been through in these past few issues catches up to her here with the storyline reaching its natural end. The conflicts that she has been through may not have been resolved, but the larger part has, so seeing her emotionally recover gives us a welcome feeling of realism.

With this story concluded, Catwoman could go anywhere from here.