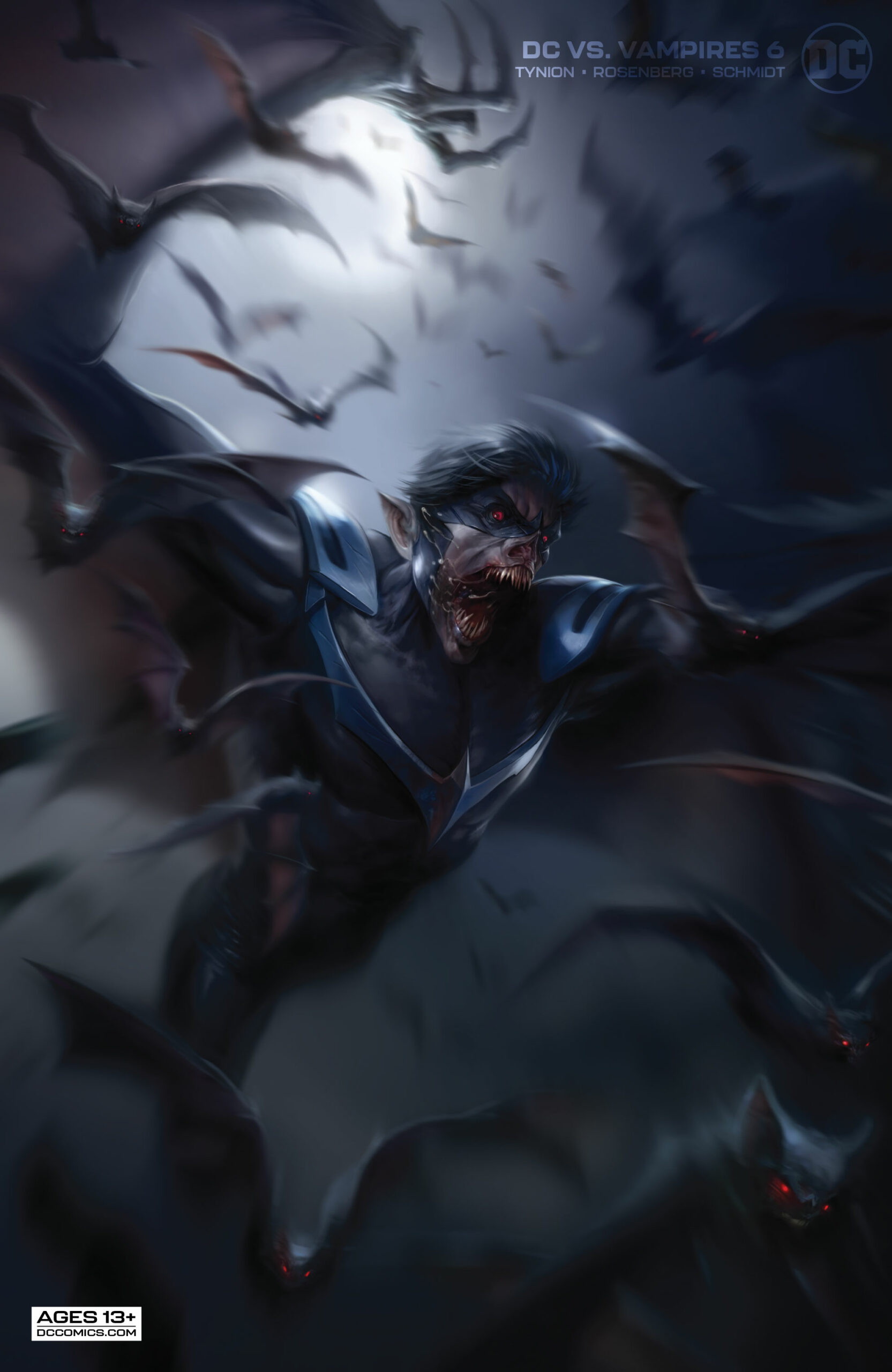 In DC Vs Vampires #6, Batman gets the upper hand on the blood-suckers who have infiltrated the Justice League… but the Vampire King finally reveals himself, and it could well be the most jaw-dropping moment of 2022!

The shocking, bestselling series has reached its blood-drenched halfway point!

This sixth installment has been the bloodiest so far. We thought the gore was set on high these past five issues, but blood flows like a river in this chapter!

Hats off to Daniele Di Nicuolo, Simone Di Meo, and Otto Schmidt for their ferocity of inks and pencils as they capture the transformation of heroes such as Green Lantern and Wonder Woman as Vampires.

Why Matthew Rosenberg doesn’t place Joker in these ranks is beyond me, but he doesn’t. If that spoiled anything for you in terms of naming the Vampire King, don’t let it! You’ll not get the reveal in this review, but it will shock you.

Again, Rosenberg focuses on long-standing team relationships in this one and that hurts! His writing is strong and his history knowledge of knowing what will hurt fans the most is there. What Taylor did for DCeased in providing a bit of optimism for his universes, Rosenberg is on full blast to bring the raw emotions.

Do you hate Hal Jordan as Parallax in the old Dan Jurgen’s days of “Death of Superman”? You’ll get all those feels and more back in this one. If you think Ollie only cares about Black Canary, you’ll underestimate the archer in this one, and if you think you have the Bat-Family figured out, take a big step back! At least Rosenberg gave us back Alfred!!!

We’re midway through the series and we have reached the end of the road for a few, but this is a vampire story, so are they really gone? Again, the art team turns on the B positive flow with every turn of the page. Alert the Red Cross as we know where all the blood is!

As good as things are going in Nightwing, Superman, or even Suicide Squad… things are pretty dire here, in DC Vs Vampires #6. Now… where’s issue #7?