In an apocalyptic desert where it was once a planet full of life, a tired and cautious, but still relentless leader of an insurgent movement, walks in a devastated world. He’s seeking to end a long conflict against the conquering forces of a cosmic tyrant and his Kryptonian ally, who was once Earth’s greatest hero. 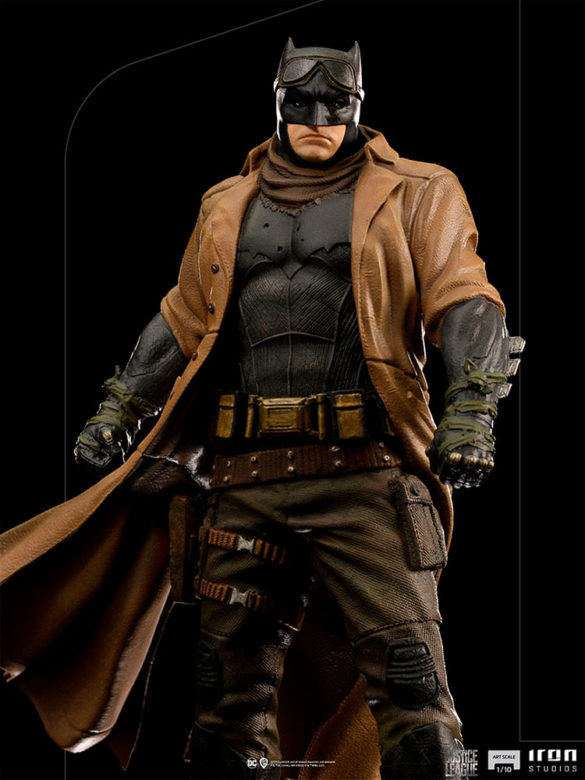 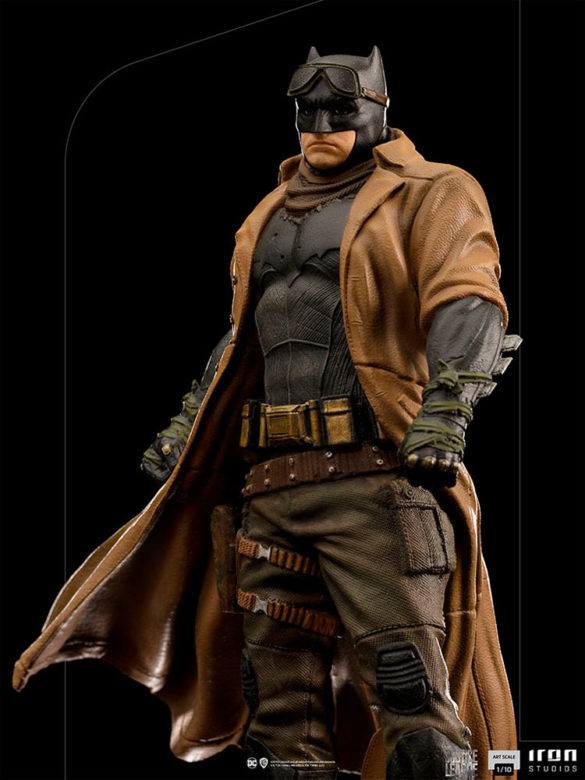 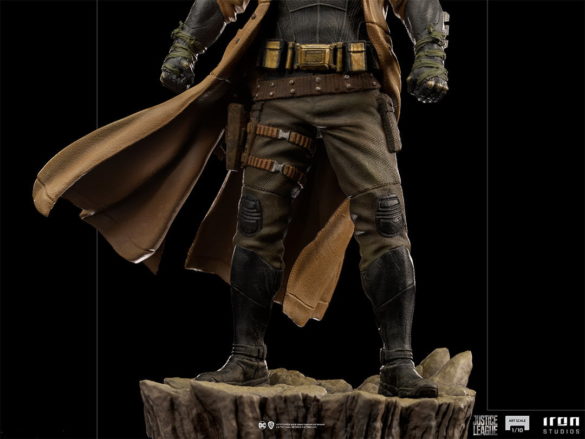 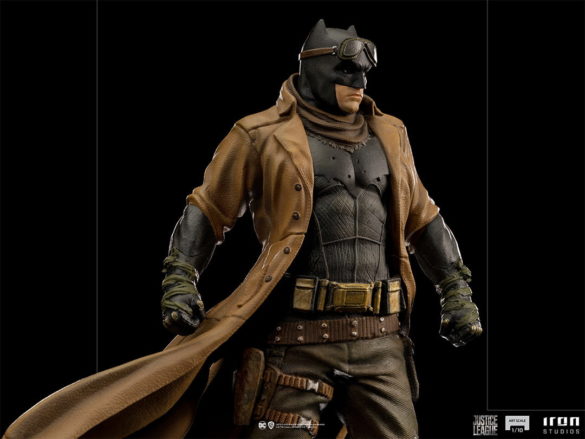 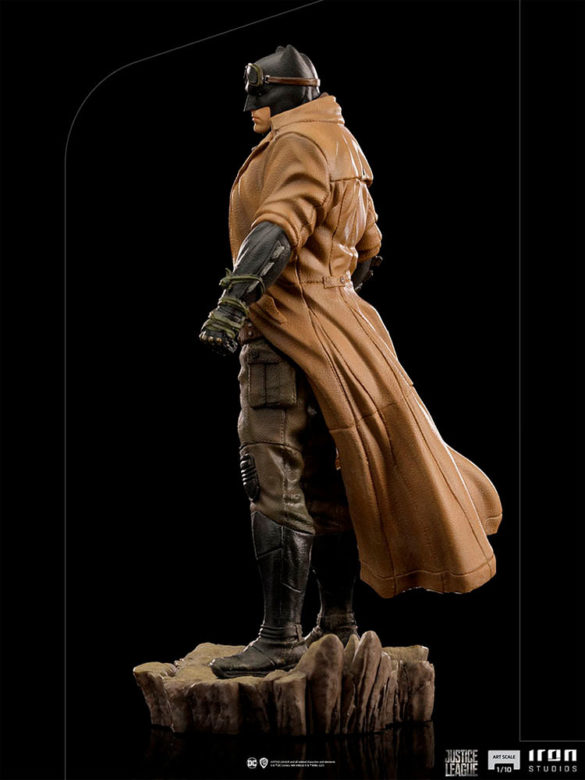 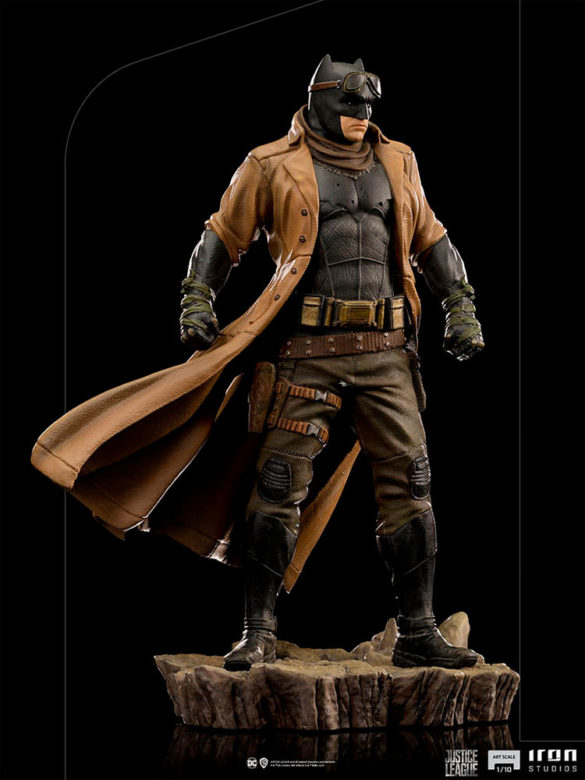 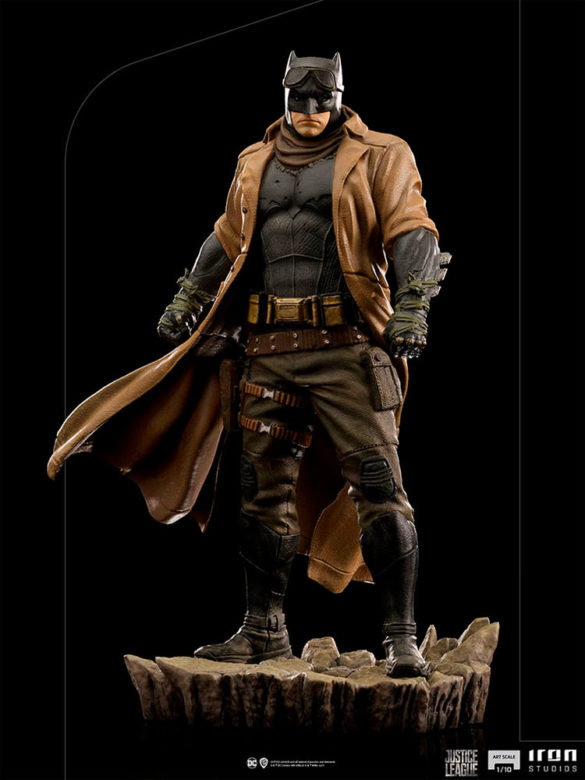 Featuring the Dark Knight derived from the anthological scene presented in the film’s side plot, in director Zack Snyder’s version, the statue’s based on original movie references and is made from Polystone. It’s hand-painted and a limited edition piece. 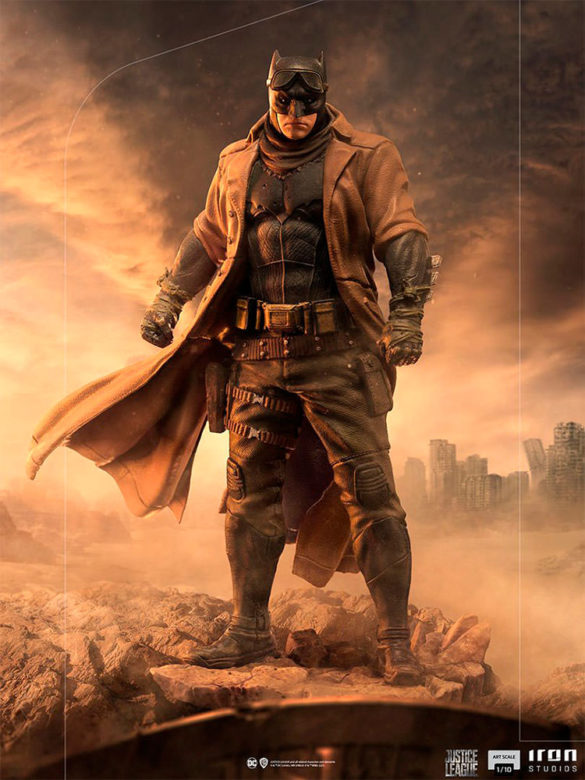 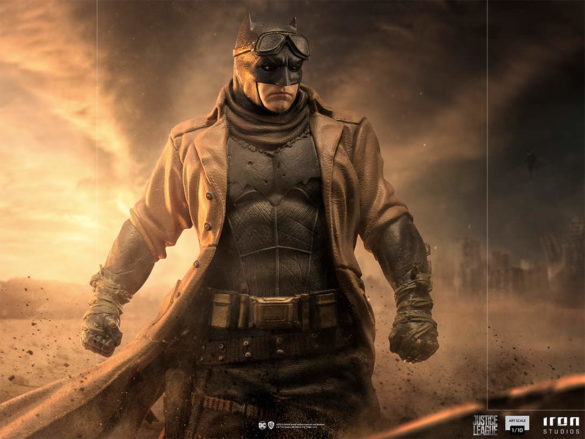 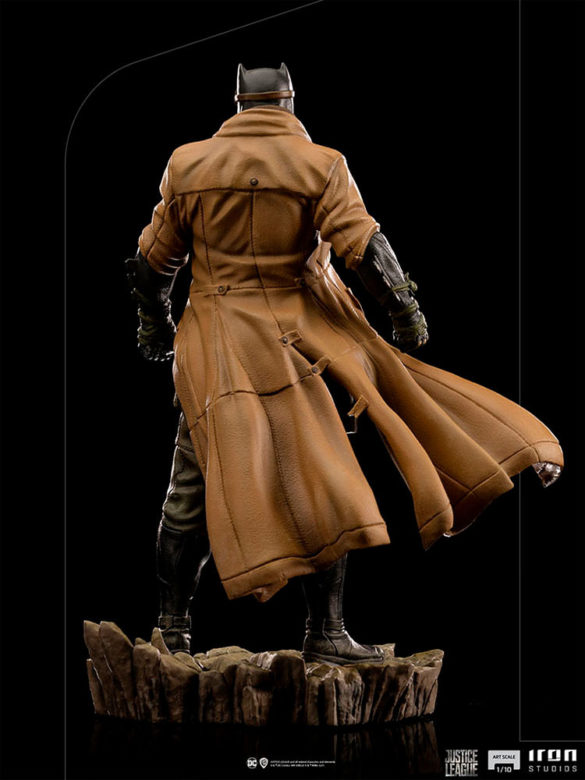 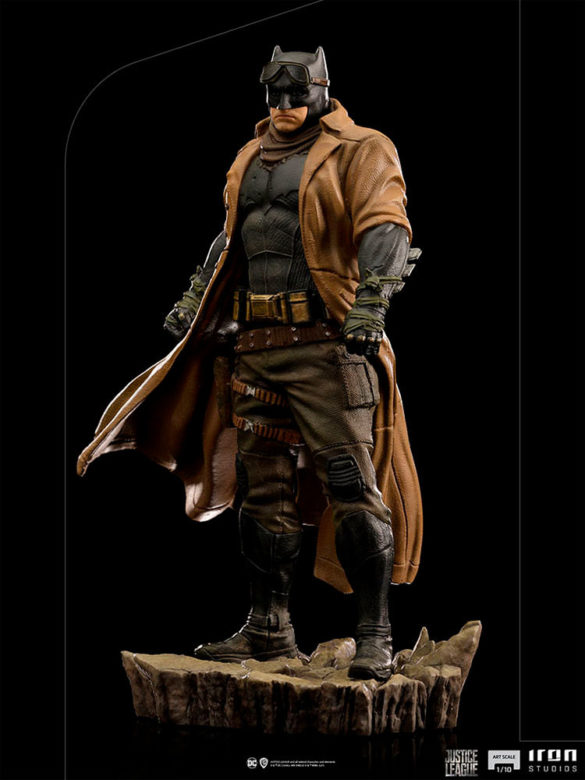 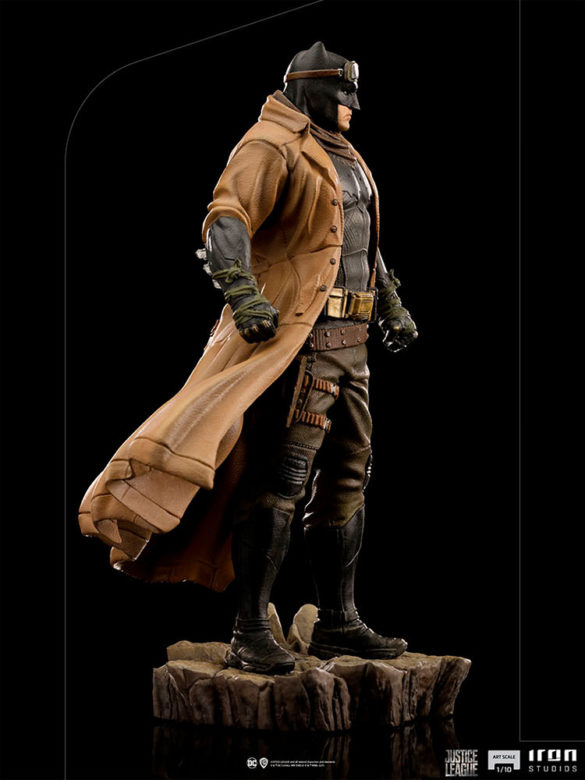 Wearing an overcoat over a stiffer variation of his original costume, the limited edition Knightmare Batman is extremely detailed. The paintwork is absolutely exceptional and so detailed, the costume actually appears as though it is made from fabric. The statue measures approximately –  Height: 8.6″ (21.8 cm), Width: 6.3″ (16 cm), Depth: 4.3″ (10.9 cm) and Weight: 1.7 lbs. (0.8 kg). Knightmare Batman also comes with a matching base on which to display the statue.

The limited-edition statue is priced at $170 and is available to pre-order from Sideshow Collectibles. The statue is expected to ship between October 2022 and December 2022.