“Blow The House Down” 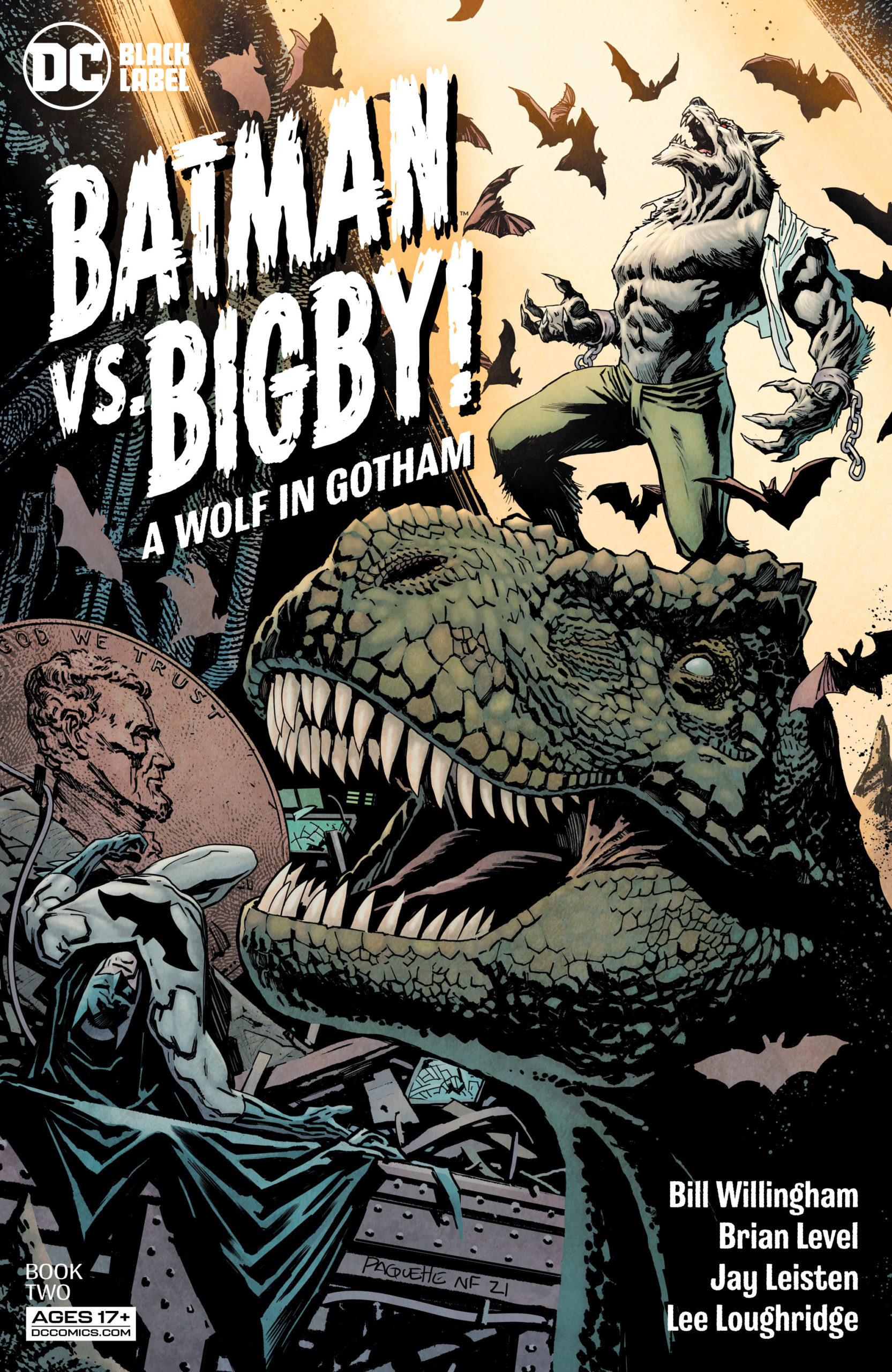 This is not a Batman comic any more than Fables is a Snow White comic. While this story may feature the dark knight, it’s a Fables series. You have to keep that in mind to appreciate what Bill Willingham is doing in Batman vs Bigby! A Wolf in Gotham #2.

With the reveal of the Robin training program, it becomes more obvious how Willingham is approaching Batman and his world. It may be hard to, but imagine if you only know Batman as a character who is interpreted in different ways in different entertainment mediums with no clear-cut canon. Imagine you don’t know Batman as a character with a more or less defined history, at least one who has a current canonical timeline. Imagine Batman is nothing more than a modern fable able to be retold in different ways, with different interpretations, with details that are told differently each time, yet at the core, there’s still Batman. 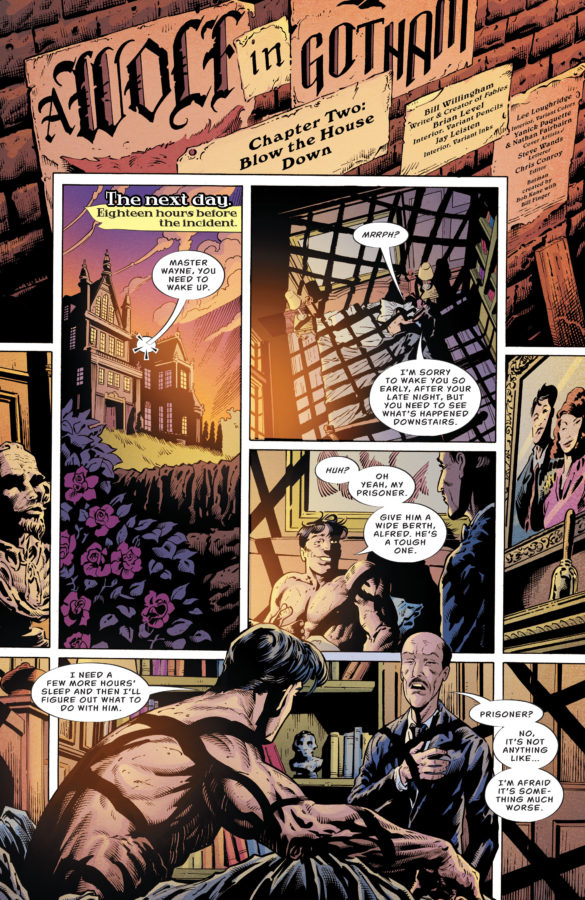 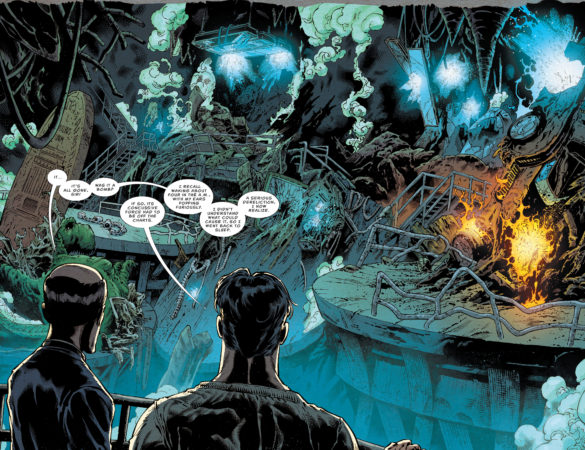 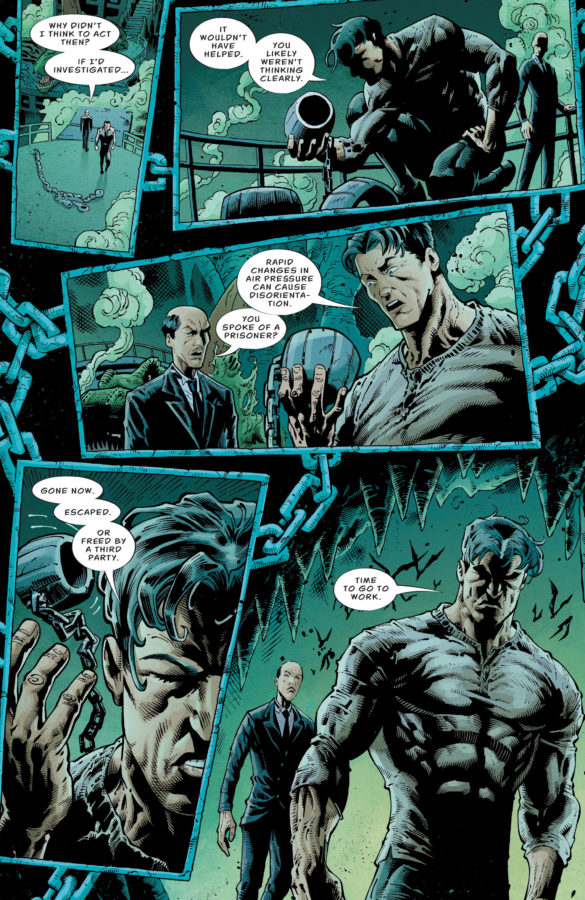 We all know Batman has a Robin, and there have been more than one. Who hasn’t had a comic reading acquaintance that imagines there’s a Robin Training Program churning out “The Next Boy Wonder.” Fables is brilliant in how it approaches fairy tales and the like, and Willingham is applying this to Batman and his world.

Brian Level and Jay Leisten elevate the drama and suspense as Willingham slowly reveals pieces of his plot. Whether it’s the fierceness in Bigby or the intensity in Bruce Wayne, the visuals complement the story perfectly. As Bigby reveals his knowledge of Bruce’s identity, Level and Leisten make sure not to lose any of the gravitas as neither Bruce nor Bigby raise a fist, but the tension between them is evident. Can a “buddy cop” issue be far behind?

Just before Bigby told us, I figured out Molly Grace’s identity. I should’ve guessed immediately when she appeared in the last issue. If you’ve read Fables, it shouldn’t be hard to figure out, but I’ll not spoil that here, as it’s truly perfect. If you haven’t read Fables, you’ll have to keep following along. More to the point, though… why haven’t you read Fables? 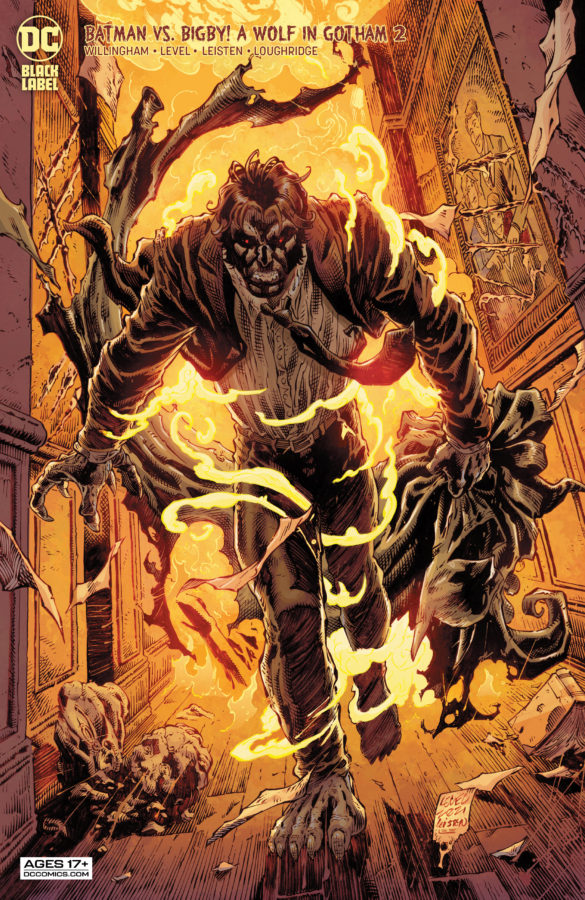 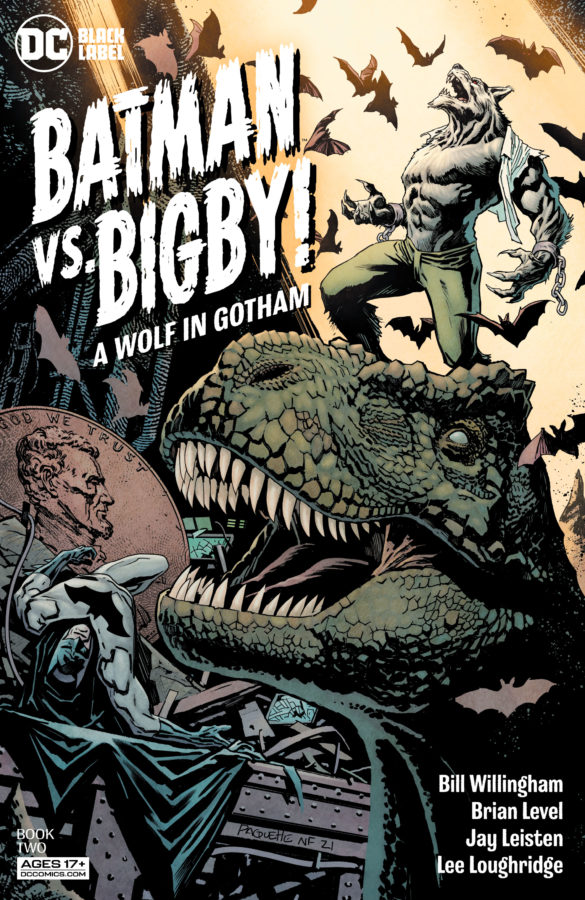 There’s a mystery afoot, as well, and we see that it might be a little too late at the end of the issue.  However, what is Bookworm’s endgame, and what IS this book? All we know is that it’s dangerous!

I only had one real gripe with the last issue, and it’s made its way into this issue as well. It’s not a real negative because it’s more about the ubiquitous nature of Batman. You see Batman on a comic and that’s your entry point. This series’ entry point is Fables. It’s understandable, that we want to see the name “Batman” in the title of this comic, but I can’t help thinking that discovering this from Bigby’s POV would’ve been more effective in immersing the reader in the world of Fables, much as we discovered many of the non-Western tales in Fables.

Come to a different world, a Gotham that is both different and familiar. Any fan of Fables will get what’s going on and feel the same emotions that Willingham delivered in Fables. For readers that aren’t well-versed in superhero comics, this is a series that will give you a fresh look as well. Rife with bits and pieces from both Fables and Batman’s multimedia appearances, Batman vs Bigby! A Wolf in Gotham #2 builds on its many foundations.