The first is a reproduction of a cover from the “Zero Year” story arc, this DC Comics art print by acclaimed comic book artist, Jock. This moody composition is a monochromatic portrait of Bruce Wayne’s cowled alter ego, and represents the contrast between the light of justice and the darkness of crime, as seen throughout Gotham. The symbol on his Batsuit becomes a window to the world that this incredible detective has sworn to protect, as he does so tirelessly and without pause, striking fear into the hearts of weaker men.

Originally created as a cover for Batman #21 (2013), written by Scott Snyder for DC Comics, this artwork is now available in a fine art collectible format. 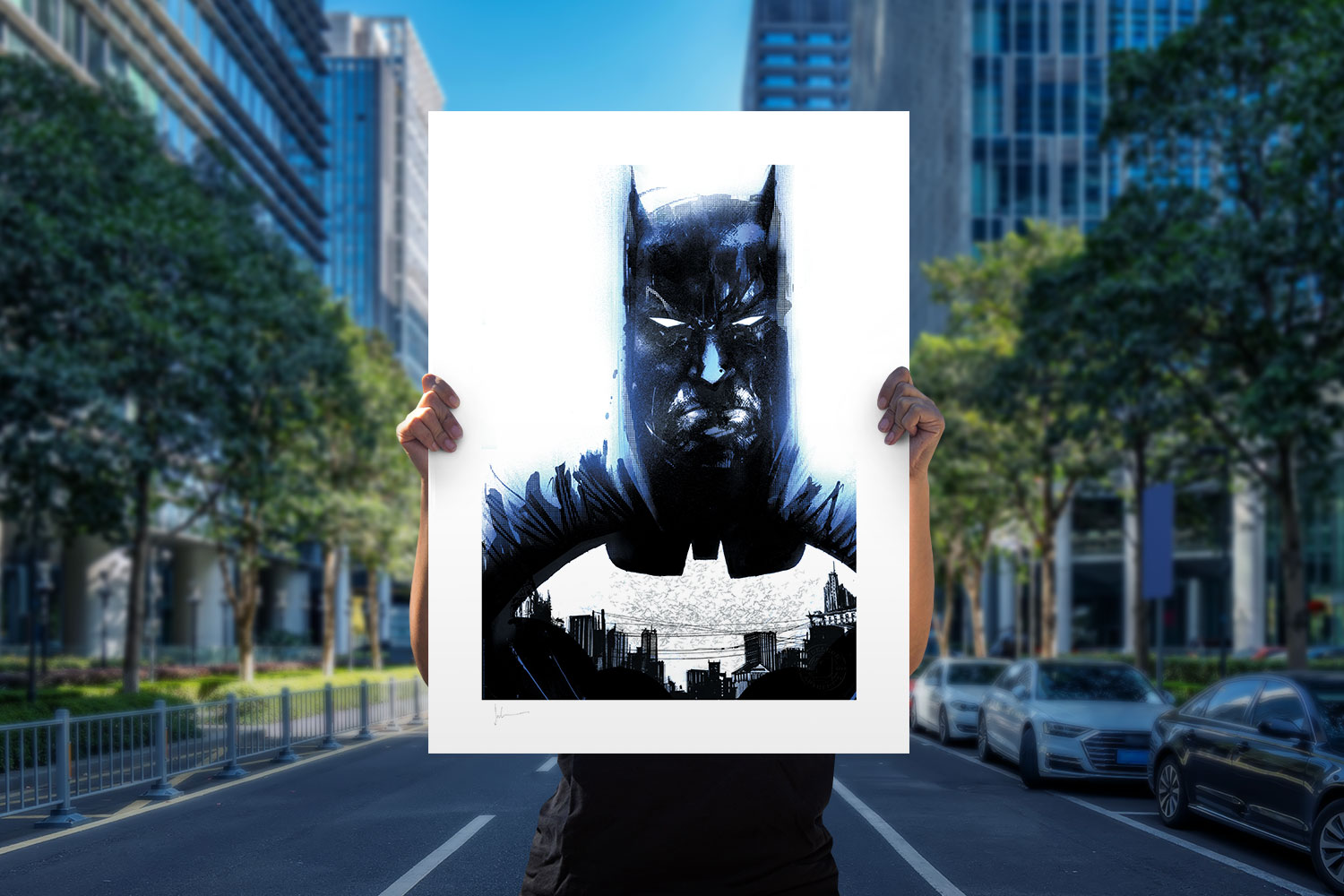 I really love the dark, sketchy style of this print and the the window is a really great contrast to the rest of the print, as it adds some much needed light to such a dark image.

Each Sideshow Collectibles fine art print features an authorized, automated pencilled artist signature and an embossed Seal of Authenticity as a part of the limited edition of 300 pieces. Each print is wrapped and hand-rolled in acid free paper, inserted in a protective plastic sleeve, and shipped in a 4” diameter tube. The print is an 18 x 24 Giclee on paper and is currently available to pre-order from the Sideshow Collectibles website for $95.

The second print is called The Batman: Midnight in Gotham, and it’s by the legendary Alex Ross. This fine art print is a lithograph rather than a giclee reproduction on paper and measures 18 x 24. In this fine art print, Ross offers a truly menacing depiction of the Dark Knight by enshrouding him in the shadow of his own cape. Light from the moon shines down from behind him, highlighting only the edges of the silhouette in an almost turquoise blue. The iconic bat symbol is brandished across his chest in the same shade as the night sky behind him. 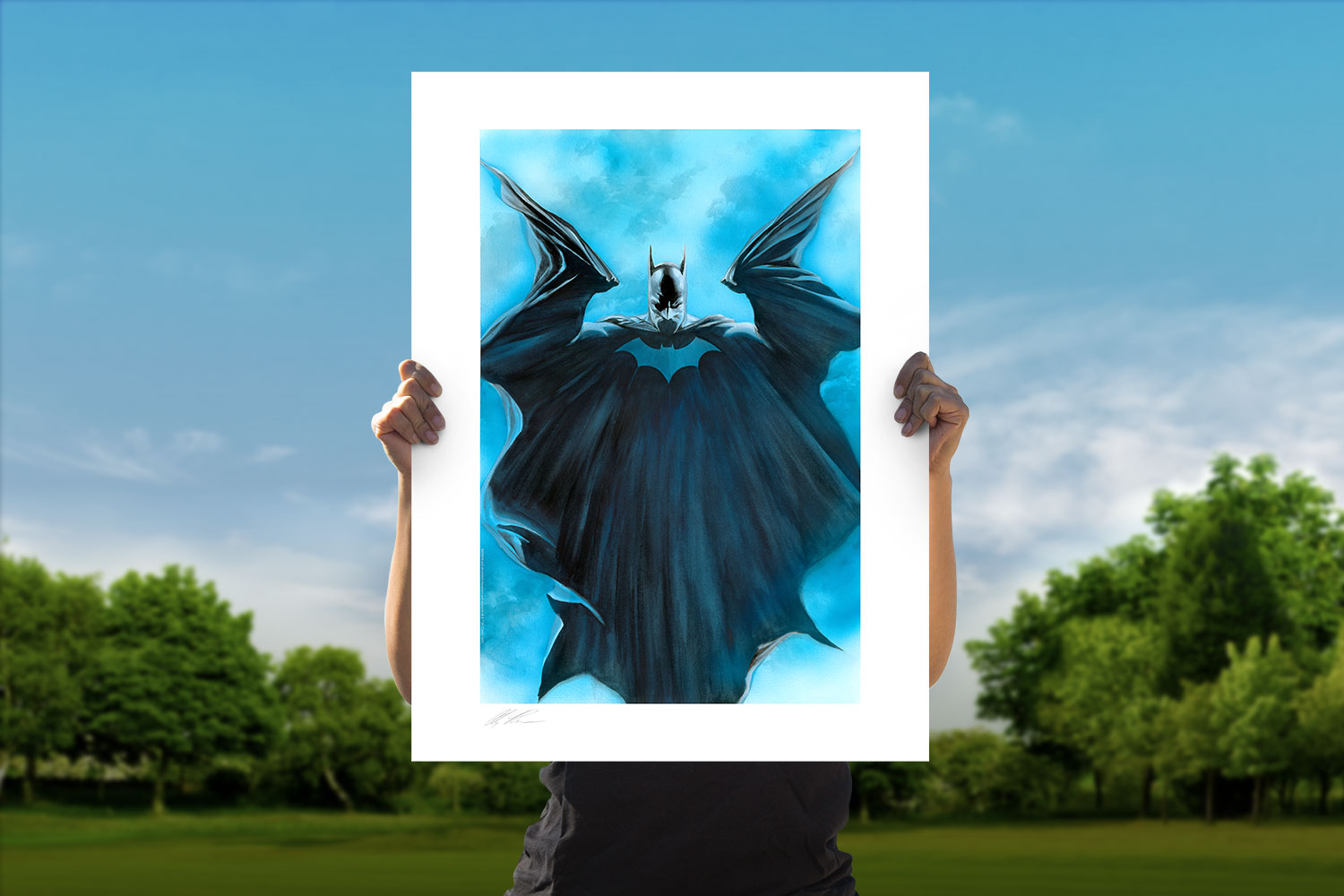 Originally created as the cover for Batman #676, written by Grant Morrison for DC Comics, the Batman: Midnight in Gotham Fine Art Print has been specially reproduced as a Sideshow exclusive in a hand-numbered limited edition of 150 pieces. Each print is hand signed by Alex Ross and includes a Certificate of Authenticity, making this print a must-have for all Batman art print collectors.

I really love the colours and tones on this print and the contrast between light and dark. However, I do think that Batman does kind of resemble a Dementor from Harry Potter. This is just my opinion though and I’m sure many people will disagree with me about that and feel very differently about the print.

Batman: Midnight in Gotham costs $150 and is currently available to pre-order from the Sideshow Collectibles website.