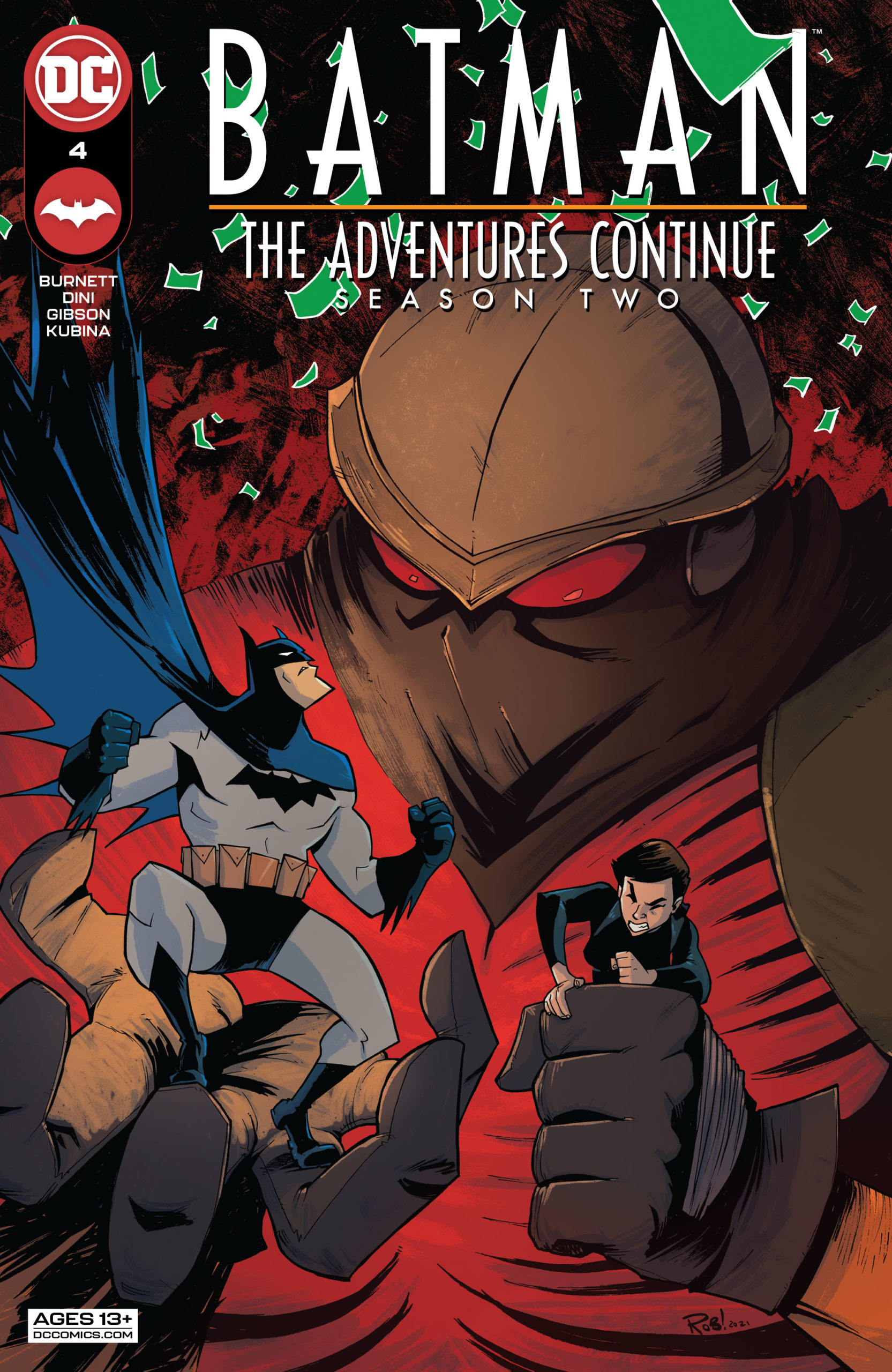 Batman The Animated Series is the show that introduced an entire generation to one of the best adaptations of The Dark Knight to date. It was the first show in the Bruce Timm DC Animated Universe, but one of the few elements it rarely had was a series long plot that would be present throughout. This comic book adds exactly that! True to its name Batman: The Adventures Continue #2.4 continues on from where it left off last issue!

There’s a new hired thug in town, and his name is ‘The Muscle. A completely new character created for this series, he’s introduced as a physical and tactical match for the Batman. From the start of the issue, we’re shown that he’s a deadly threat, and a force to be reckoned with.

After we’re given a glimpse of this new formidable foe, we’re reminded of the power vacuum that’s been left by Mayor Hill. It’s starting to attract all the wrong kinds of attention, from the likes of Rupert Thorne. Luckily for Gotham City; there’s more than one hero on this case. Good honest cops like Renee Montoya are around to keep Gotham safe!

In Gotham, being a good honest cop can be bad for your health, and sadly someone has paid to put a target on our good detective Montoya’s back. We’re also reminded, despite the many years of him helping the GCPD, she’s not a big fan of Batman either. What a predicament to be in! In classic Bruce Wayne style; everyone’s favorite philanthropist does his best to try and save the day, both with a cape and without.

After one costly encounter with this new hitman, the caped crusader is forced to adapt in the climax of this issue, by any means necessary! The writers and artists really paint a high-octane picture that leads you to ask whether Batman will succeed, or could this be one case that proves too much for him. Alan Burnett and Paul Dini are really bringing these stories into the present day and keeping them interesting, which is such a relief for us longtime BTAS fans!

Jordan Gibson takes over from Rick Burchett with this issue and keeps the bar every bit as high as it’s been. I really felt the dark style of the animated series shown in this issue. Monica Kubina is as always on top form, and this team uses motion and shadows to really make this issue pop!

This issue really is food for the Bat-soul, there’s action, explosions, hostage situations, love stories, and classic Batman/Alfred banter. The ongoing storyline in this series really has piqued my interest, and I for one can’t wait for the next issue!

The wealth of characters new and old that we get to enjoy makes me smile every time! Long live Nostalgia! This issue is a must-read for all 90’s kids and BTAS fans!

Another ‘The Batman’ Spinoff Series with The Penguin in Development