McFarlane Toys have announced two brand new figures, the Birds of Prey Harley Quinn, and Blight from Batman Beyond.

The Harley figure is 7 inches tall and designed with Ultra Articulation, with up to 22 moving parts for a full range of posing and play. Based on her look from Birds of Prey, Harley comes dressed in her gold overalls and pink crop top with pink and blue roller skates. The figure also comes with Harley Quinn’s mallet and egg sandwich accessories, a base, and a collectible art card with figure photography on the front and character biography on the reverse.

Harley also has her pink and blue hair, tattoos, and her silver necklace with the name of her pet hyena Bruce engraved on a silver bone. The figure’s highly detailed, but the face just doesn’t look quite right. I think that the joints make it look a little weird and slightly deformed, especially the elbow joints. I’ve definitely seen other toys and figures that are much better.

Collectors of McFarlane figures and some Harley fans will probably love this piece, but unfortunately, this one’s just not for me. 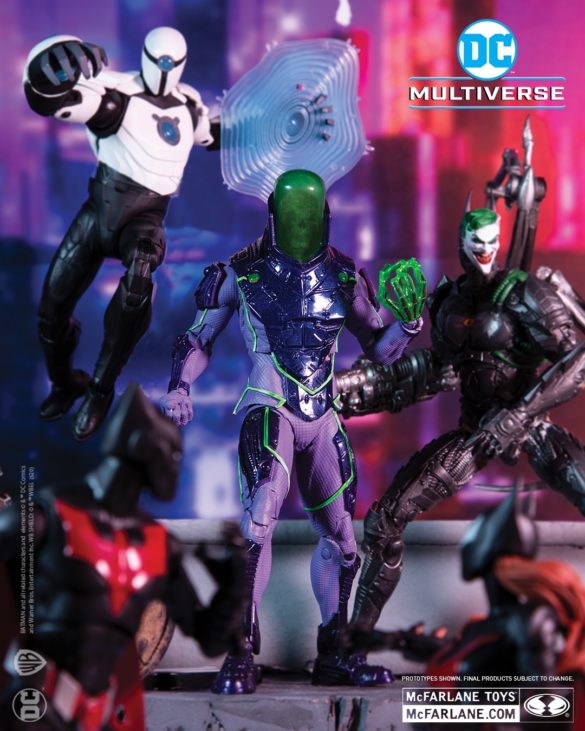 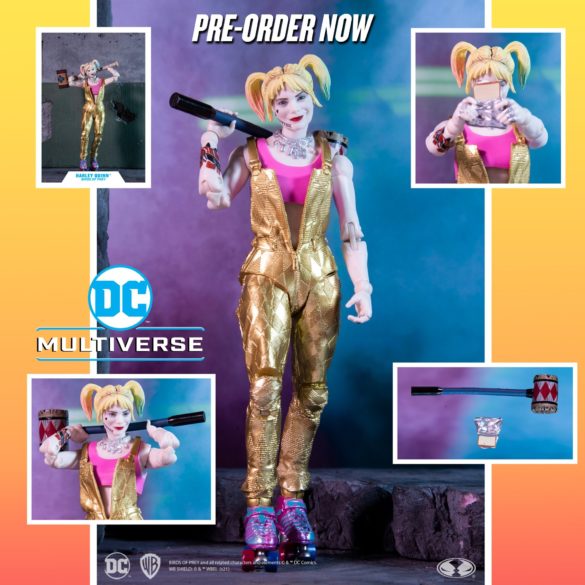 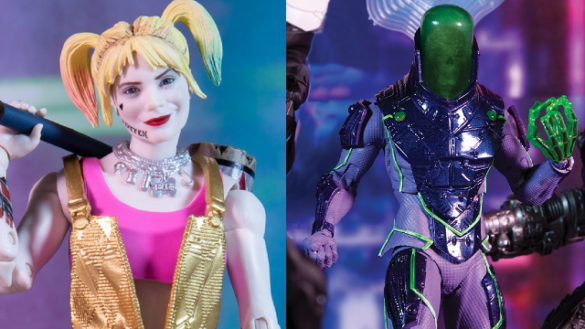 The Blight figure is based on his look from the Batman Beyond animated series and continues the year-long slow release of the build a figurine wave. The villain measures 7 inches, and like most other McFarlane Toys, it’s designed with Ultra Articulation, with up to 22 moving parts for a full range of posing and play.

Blight is dressed in his special purple containment suit with a neon green helmet, over his glowing skull, and comes with a base and alternate hands. The figure includes a collectible art card with figure photography on the front of the card and a character biography on the back. It also comes with 1 of 4 pieces that combine with the Batman Beyond Build a line to assemble the Batman (Jokerbot) from Futures End.

Other characters in the collection include Shriek, Batman Beyond, and Batwoman Beyond. You must collect all 4 in order to complete the Jokerbot. I’m not actually familiar with this character, but I think the figure is very cool. I really like the colors and the detail is great, especially on the glowing skull beneath the helmet.

I think this is a great figure for collectors, and also like the fact that you can build a completely different character if you complete the set. Both figures are part of the McFarlane DC Multiverse range and are set to be released later in the year.

They’re both available for pre-order now, and a list of retailers for each of the figures is available on the McFarlane Toys website.