“Punchline Fugitive” and “The Bottom Line” 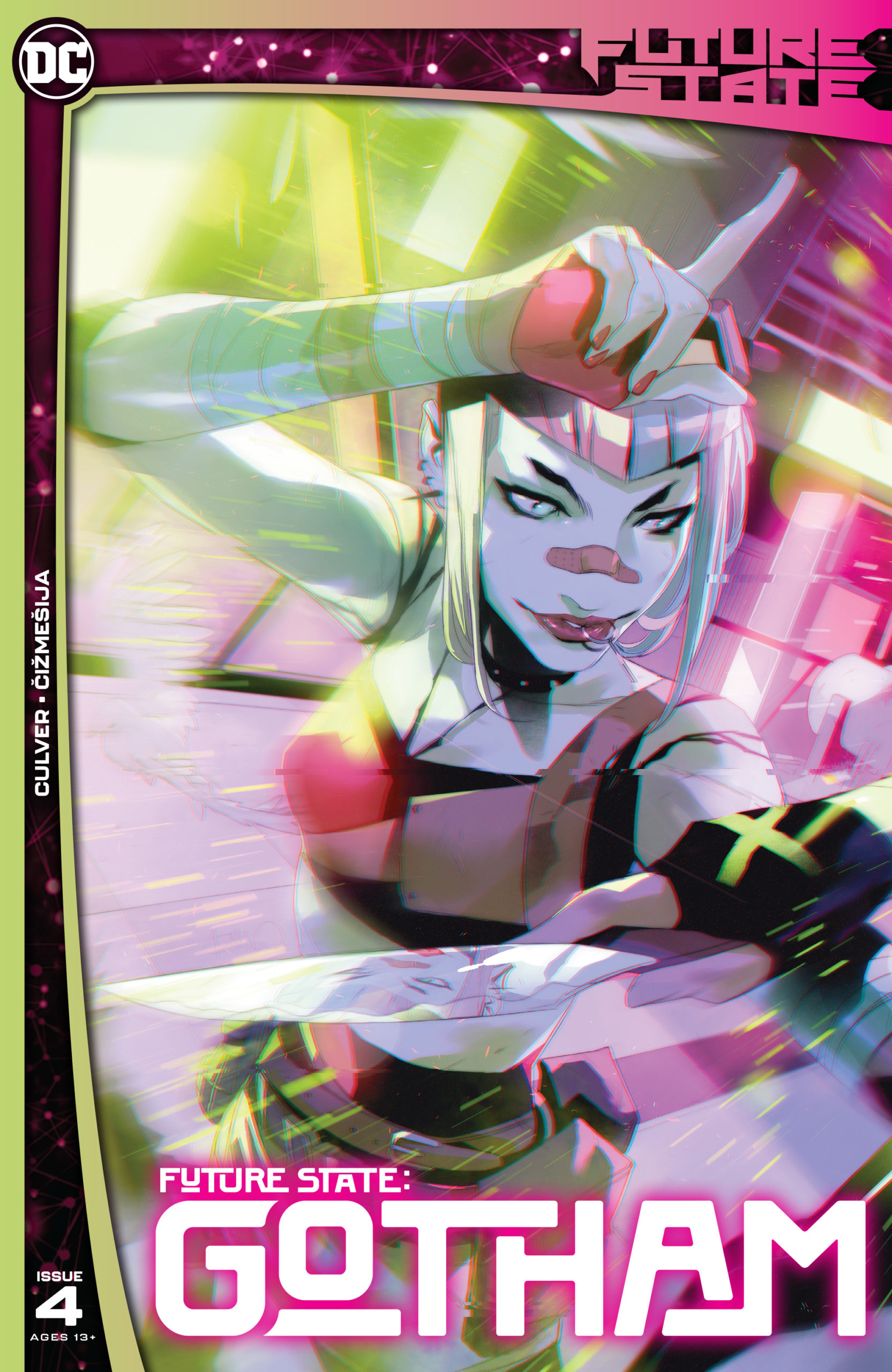 I was so excited for Future State: Gotham #4. I knew after how the previous chapter ended I would like where it was going. Don’t get me wrong, I can never get enough Jason Todd. There is, however, always going to be room for some other Gothamites to take the spotlight.

The title of this series states Gotham after all, not just Red Hood.

Whoa, buddy. Writer, Dennis Culver really just out the gate in Future State Gotham #4, and told us who we were dealing with. One Hunter, one Harley, one Punchline and lots of awesome. We all saw what was coming when Harley found out Punchline was out last month, but I don’t think any of us thought it would be this entertaining. Culver really pulled out all the stops, Harley seems to be wanting revenge for something that happened off panel.

Most recent events in this series aren’t directly related to the Bat fam, so who really knows why Harley’s out for blood. I’m kind of glad she is though, as throwing Punchline and Harley in a room together is always going to be explosive. Culver obviously got that memo and ran with it. Apparently, he also decided that there wasn’t enough tension in Future State Gotham #4, so he added a Hunter to the mix. These characters, as we’ve seen from previous issues, are basically Bounty Hunters, but the old fashioned type, for whom the law’s just a blurry line. 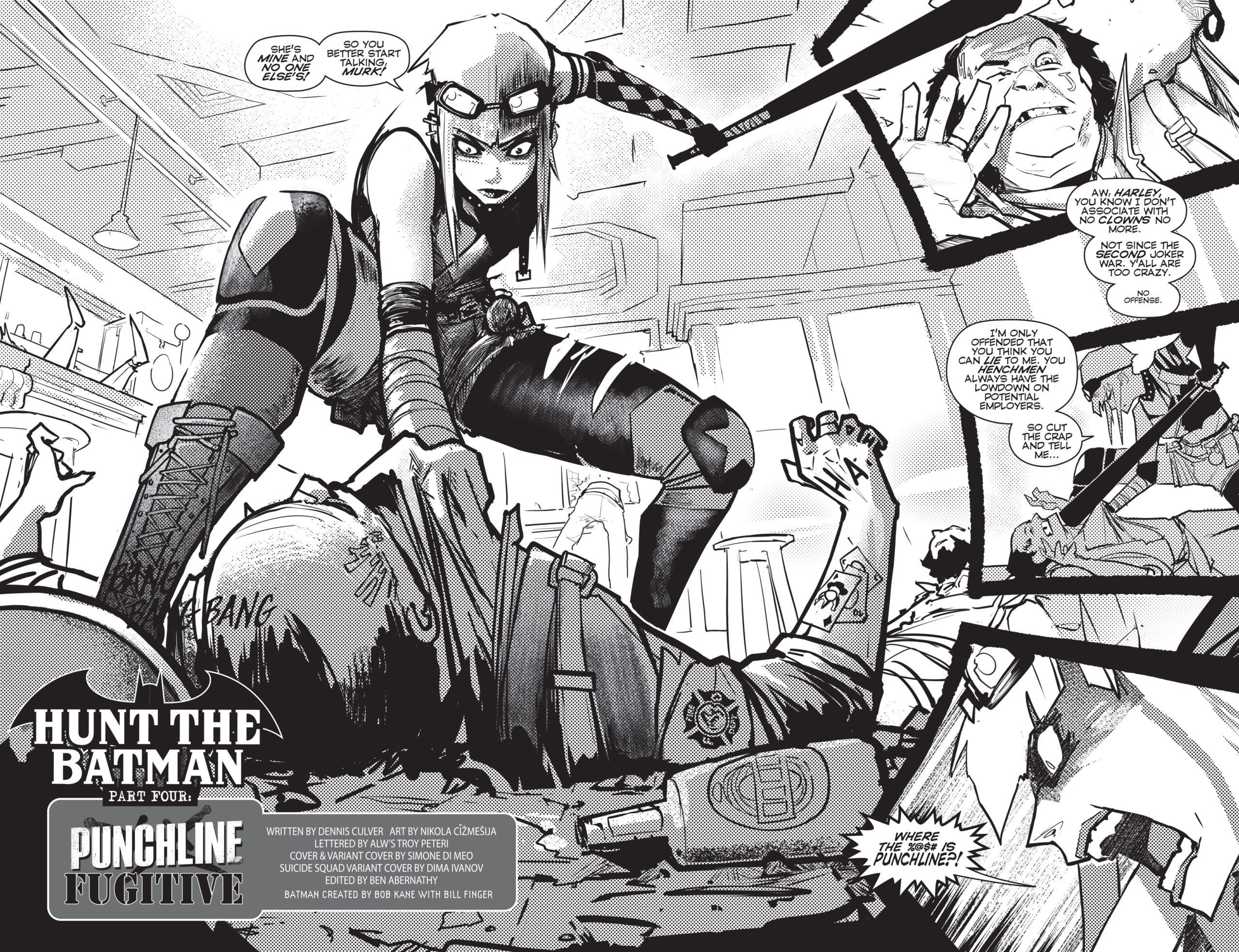 I’ll never get tired of having Harley Quinn randomly pop up in comics, as she adds so much craziness and sass to every appearance. You get that full force in this issue. Whatever it was that Punchline has done… I would not want to be her when Harley finally gets her hands on her. Being her normal crazed and violent villain self, Ms. Punchy already has plans after she escapes Arkham. I have to say Dennis Culver seems to know how to write crazy and clever all rolled into one.

I love an outfit upgrade as much as the next nerd, so there was something exciting about seeing all these well known characters being given a gritty Future State re-work that made me happy. Just one thing really took me out of the imagery, though. Harley and Punchline seem to have the same hair. Two long stands at the front with a full fringe and a short/shaved back of the head. It’s a rather interesting visual choice. I’m not sure if this was on purpose or not, but when I saw it I was slightly annoyed. Future fashion, maybe?

Nikola Čižmešija has done a superb job with the rest of the artwork. Even though Harley and Punchline have been given a Future State makeover, you can still tell it’s them. The main characteristics are all still there, Harley’s light hair, heavy eye makeup and facial structure are the same. With Punchline she still has the red circles on her face, the dark hair and lean build. Although the hair bugs me, I can appreciate why it might have been done that way. To show everyone that they’re actually lot alike, or to prove that they are basically the same person with some slight differences. Ultimately how they’d deal with Joker being where they diverge the most. Other than that, I loved the artwork in Future State Gotham #4,  it was loud and expressive, which is hard to pull off without color.

I always enjoy the short back-up strips, and this issue had possibly my favourite one yet. It’s an almost entirely silent story, with one panel at the end allowing the characters to speak. Batman’s chasing some of Jokers crew, and one of them has something Batman wants to take care of. The silent chase and pure old-school art took me back to the legendary 90’s Batman: The Animated Series. It has such a nostalgic feel to it, that I can totally imagine it as a Batman animated short. Michael Golden, Jason Pearson and Jack Morelli have created something awesome in just a few short pages. I could read so much more from this team. The punchline was awesome and extremely well executed. 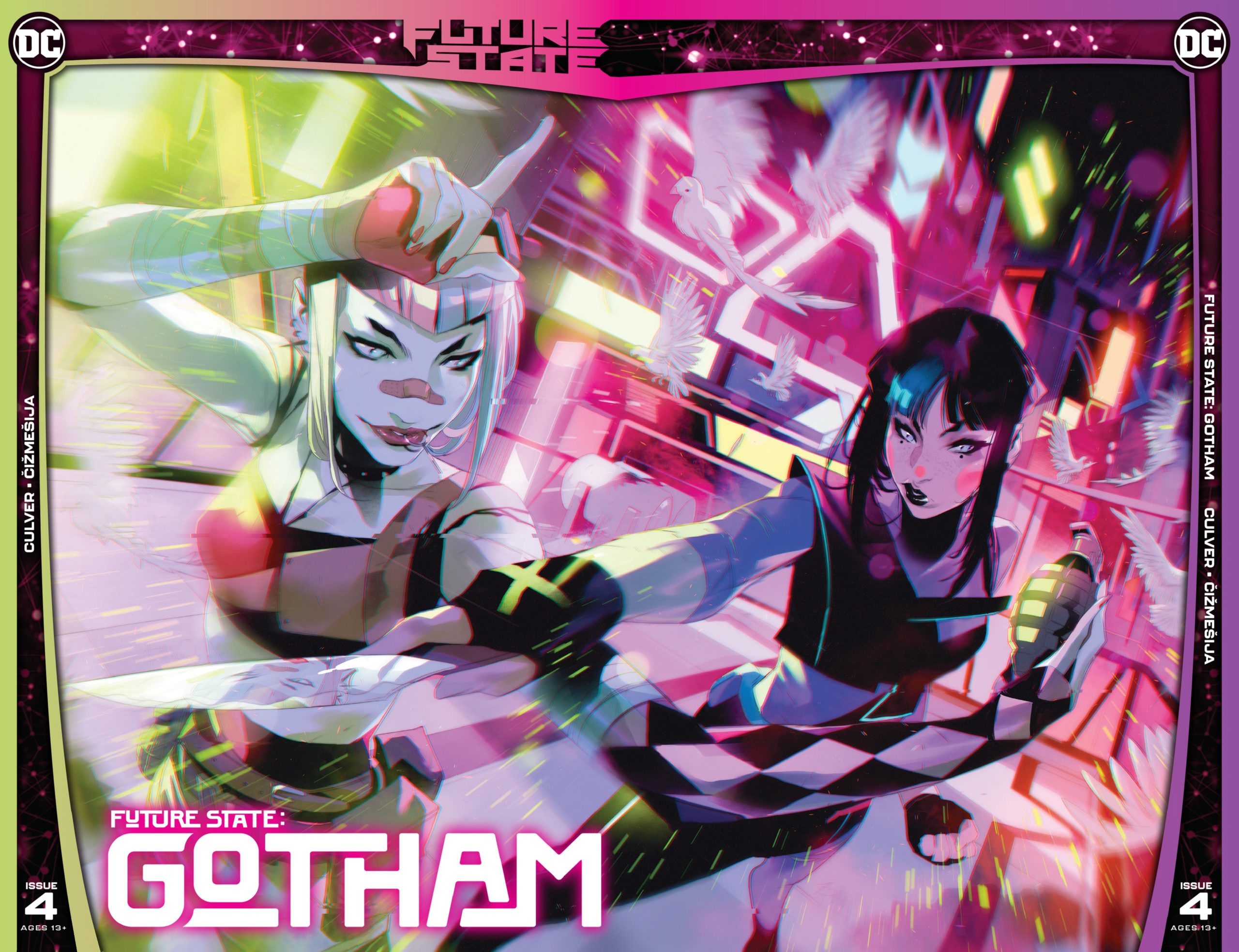 I adored Future State Gotham #4. I never need a break from Jason Todd, but this is a good reminder that the title probably won’t just feature Red Hood anymore. This is about all of Gotham and what’s happening, I couldn’t be happier about the first detour we, and am ready for when we take another. The next time I’m hoping it will be longer, but also include Harley! There are still so many unanswered questions, and, to be honest I think the way Culver ended this issue, I now have even more.

I’ll be wanting some answers soon, or I’ll get Jason and Harley to go and bust some heads!