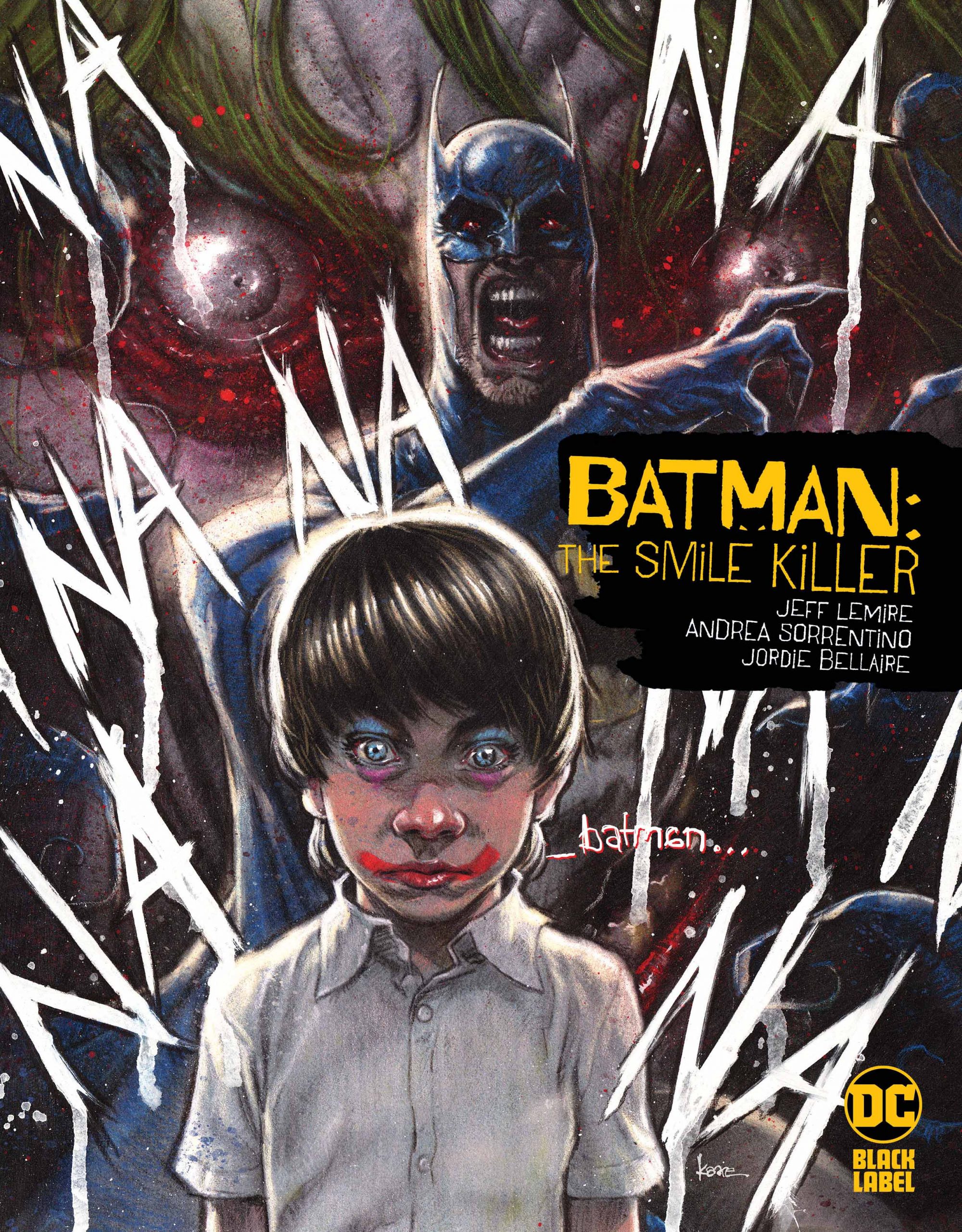 Batman: The Smile Killer is a book that I’ve been dying for, after the fever dream that was Joker: Killer Smile. The story of  Ben Arnell, a doctor with the best of intentions. brought down by Joker, was a wild ride. Killer Smile left us with a cliffhanger, and in this issue, we finally get the follow-up.

Strap in kiddos. because it’s a wicked and wild ride, as we see Batman fully step into the spotlight… or does he?

One Man Can’t Save This City Alone

Someone’s talking through the airwaves to young Bruce, telling him stories of Mr. Pouts. Whispering in his ear that all will be well, no more sadness. Just do as I say. Batman’s dealing with Joker on a level that has him questioning what reality is. Is Gordon the police Commissioner, or a Child Psychologist? Could Ben Arnell be right. and it actually has been three years since Batman helped stop him from hurting his family? Is Batman even real? Bruce has a lot of muck and mire to trudge through. if he’s ever going to discover the truth. 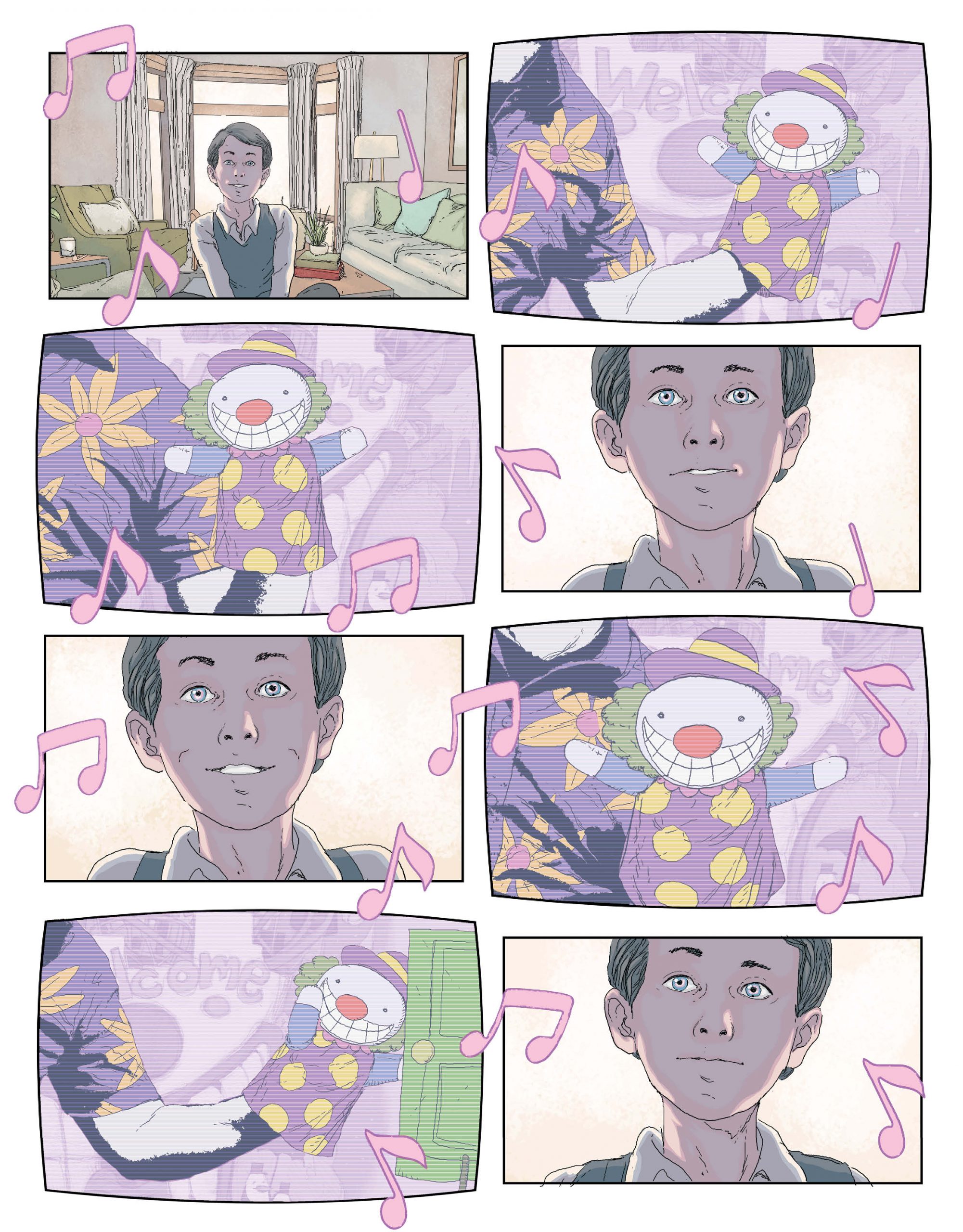 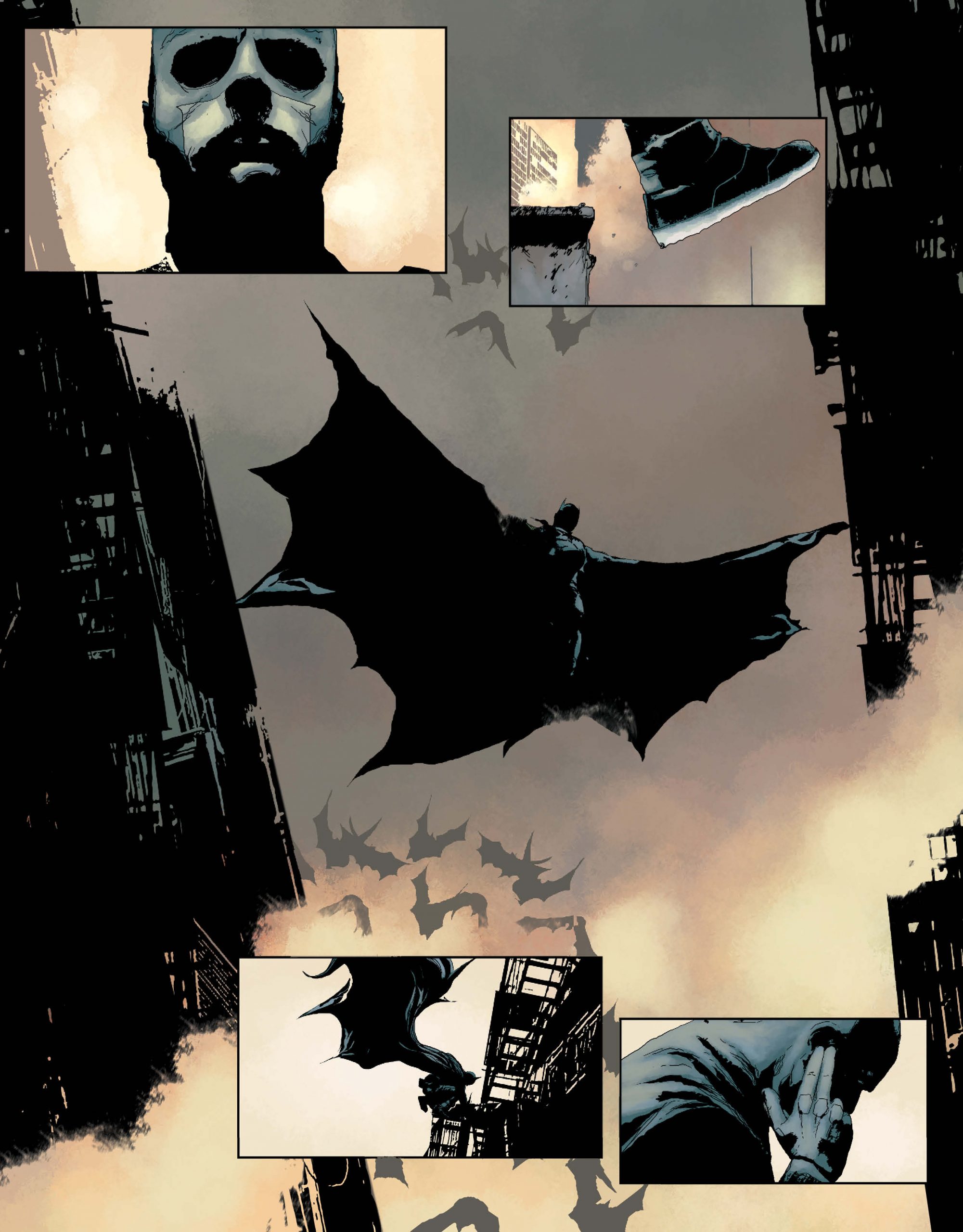 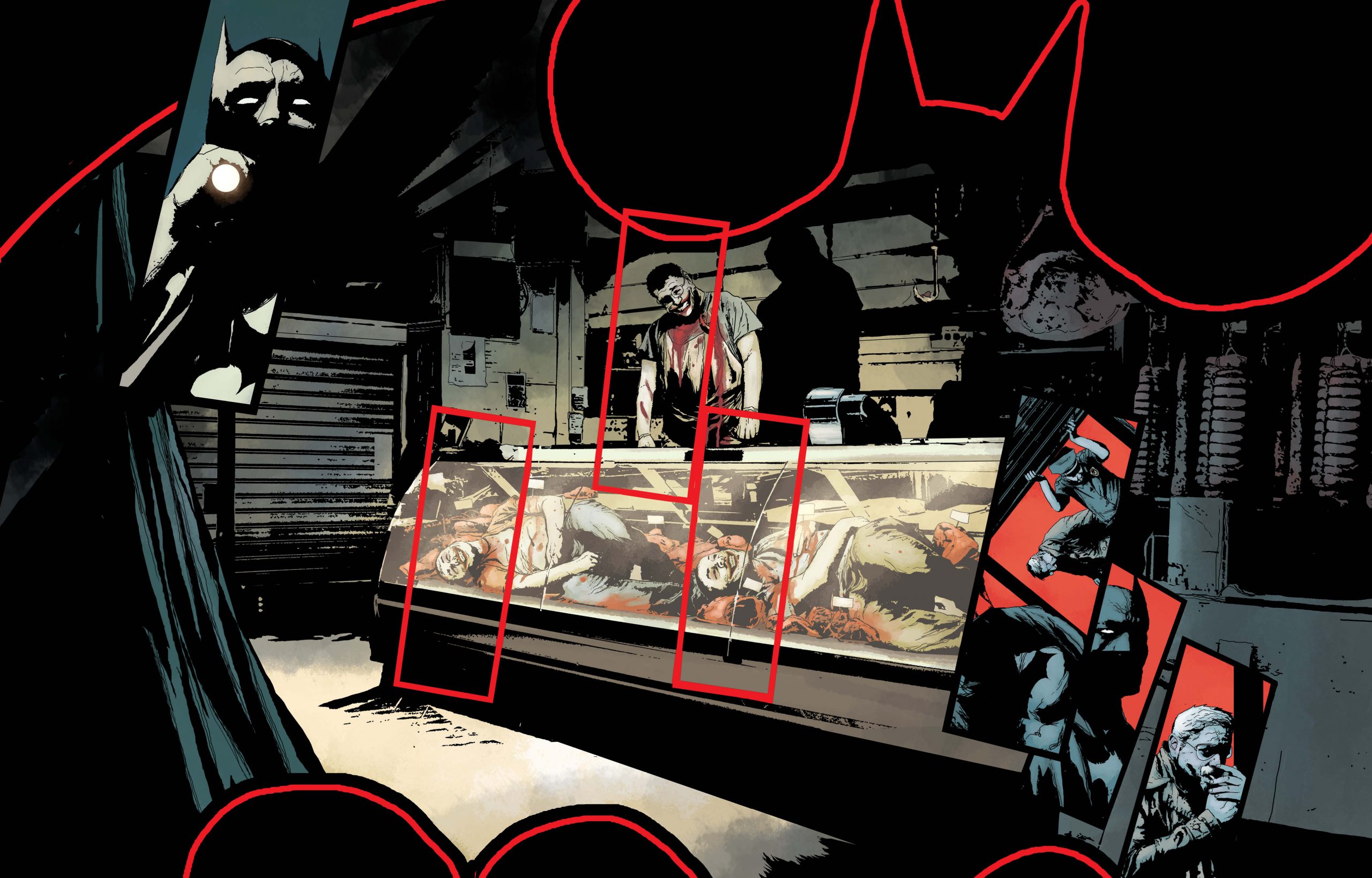 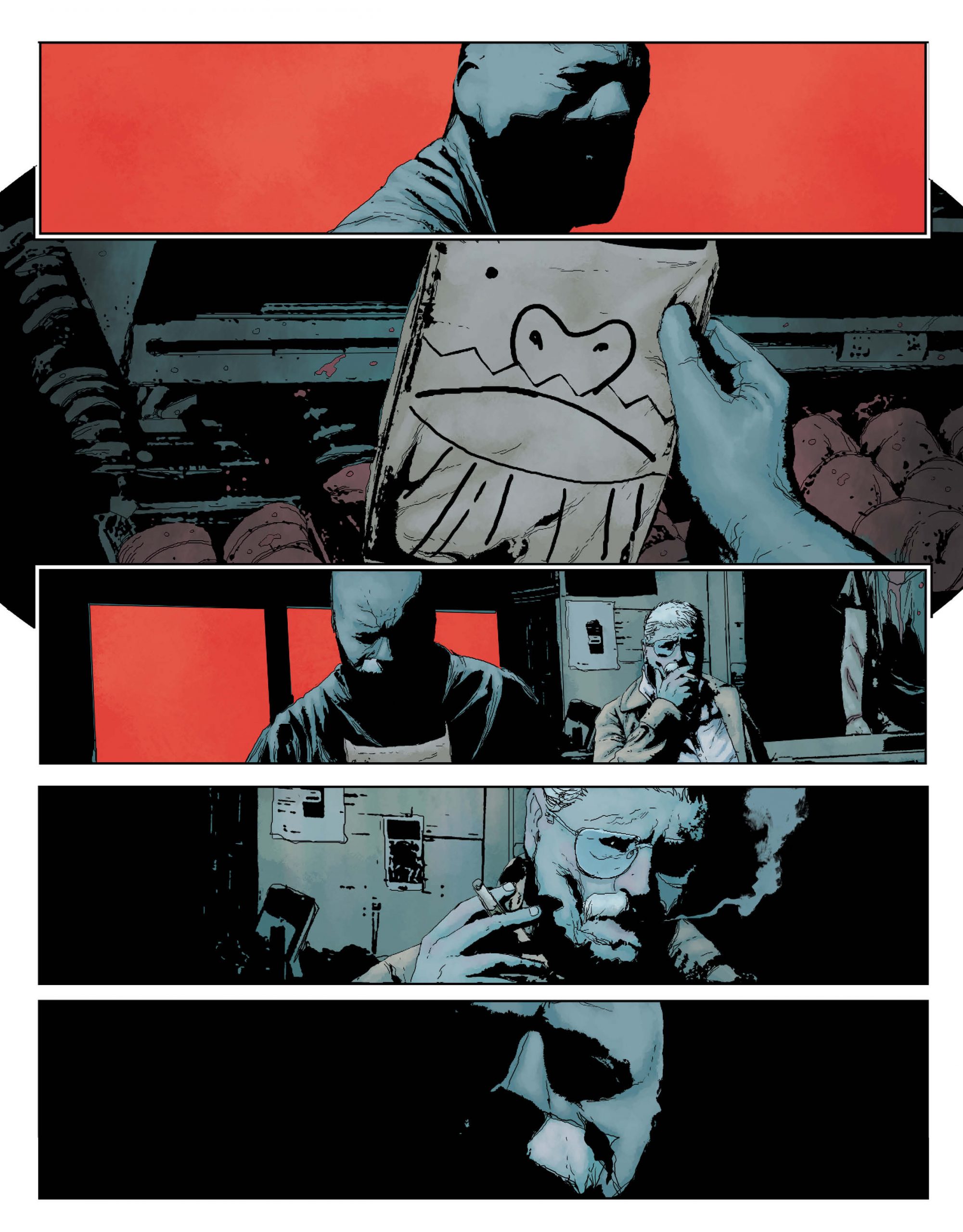 Batman: The Smile Killer is a nightmare brought to life, in the best possible medium. There’s a lot to question, as you’re pitched from past to present, from inside Arkham to the outside world. Jeff Lemire has written this as a mad genius, honed in on the psyche of Bruce Wayne, and in such a way that even you question the Batman you’ve known.

Andrea Sorrentino and Jordie Bellaire give us images that only amplify this feeling, and the whole team works in such harmony, with such vivid detail, that the story entrances you, offering you candy if you just follow them further down the Batcave.

Steve Wands’ letters mystify, and add just that much more horror to the story, as you feel crazy trying to make sense of it all.

The story of Batman: The Smile Killer has only drawn me in more. One of my favorite scenes was where Martha Wayne was trying to make Bruce remember what really happened to his Dad Thomas, the night he died. There are moments in this comic where you’re even unsure of the Dark Knight himself, and you begin to sway, just like he does, on just what’s real and what isn’t. This is a testament to just how well the lead-up and the execution has been for this book.