DC has shared a first look at Batman: Secret Files – The Signal. This new monthly series will shine the spotlight on more of Batman’s allies. Issue #1, featuring Duje Thomas, AKA The Signal, will be available digitally and at participating comic book stores on Tuesday, July 7. 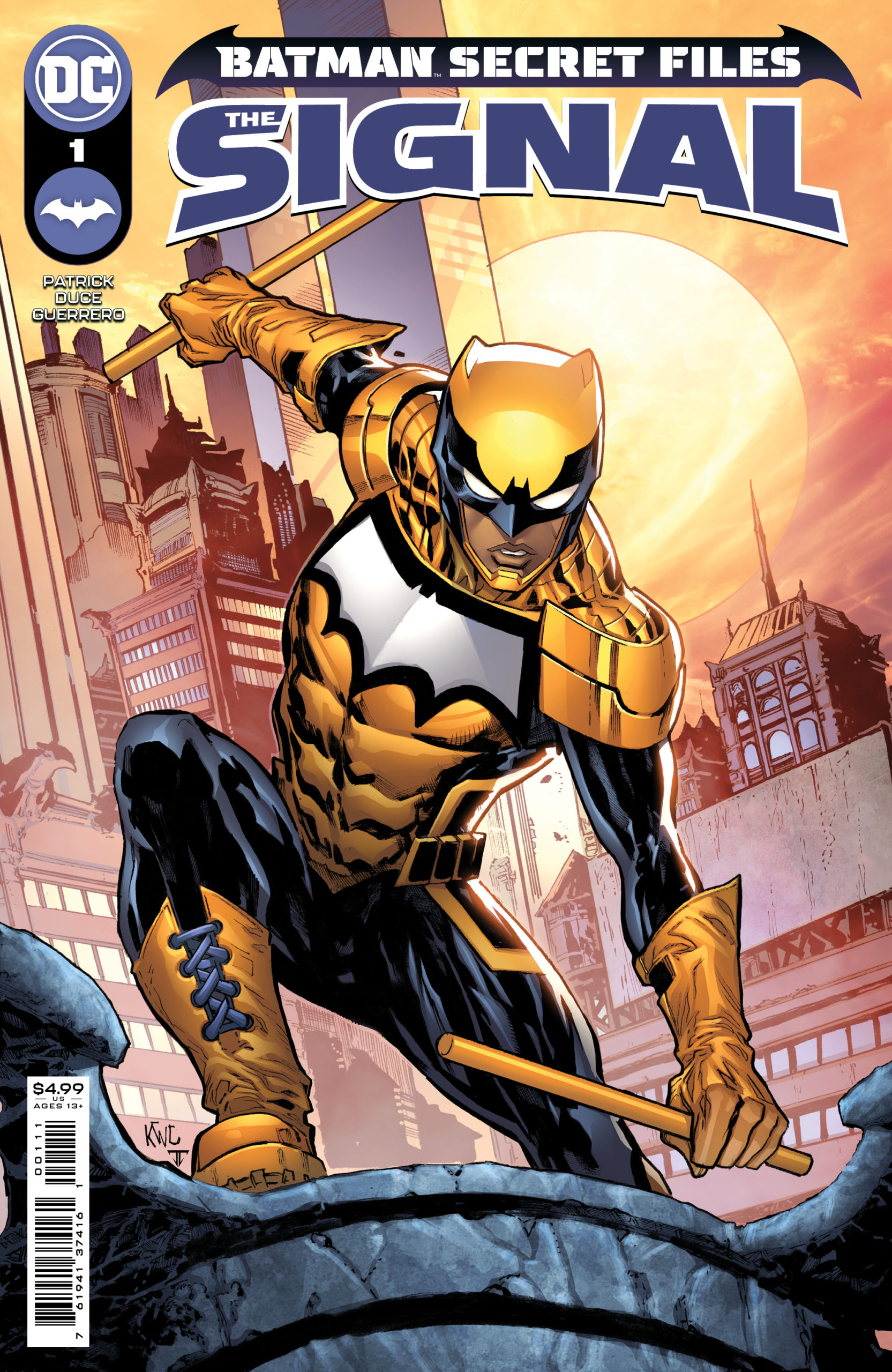 DC’s got your first look at Batman: Secret Files, a new monthly spotlighting more of Batman’s allies fighting for justice and a safe Gotham City, in one-shot solo adventures. This series pairs some of the most talented writers and artists in comics together to deliver action-packed stories featuring the deep bench of characters that make up the Batman Family.

Beginning Tuesday, July 7, writer Tony Patrick and fan-favorite artist Christian Duce team up to bring you a new Gotham City adventure featuring Duke Thomas, a.k.a. The Signal! Patrick returns to write this adventure for the first time since 2017’s Batman and The Signal miniseries.

After his time as a member of the Outsiders, Duke Thomas, a.k.a. The Signal, returns home to be the daytime guardian of Gotham City. But during his time away everything has changed, including those closest to him. And with a deadly influx of weapons being trafficked into Gotham by the mysterious White Market, The Signal enters a brand-new world of danger in his hometown, one that will push him farther away from everything he knows!

This 40-page $4.99 one-shot arrives in comic book stores and at participating digital retailers on Tuesday, July 7, 2021, with a main cover by Ken Lashley and a variant cover by Batman and The Signal artist Cully Hamner. Lashley also provides the art for a 1 in 25 “ratio” variant cover, available for $5.99 (check local comic book stores for availability and pre-order).

For the latest information on Batman: Secret Files, The Signal, and the World’s Greatest Super Heroes visit the DC website at www.dccomics.com and follow @DCComics and @thedcnation on social media.