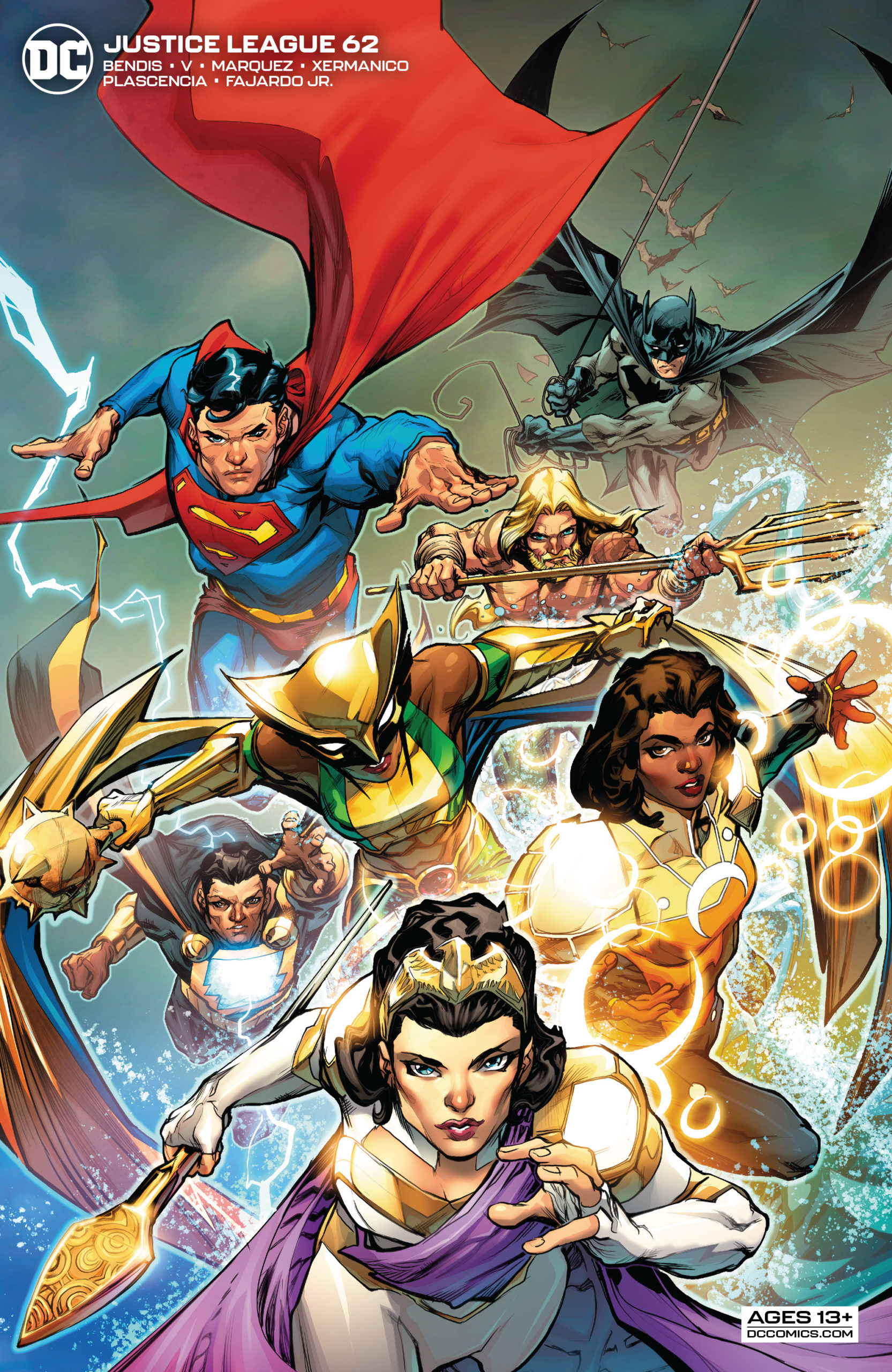 As the League struggles against the might of Brutus, it’s Hippolyta to the rescue in this week’s gangbuster Justice League #62.

Stranded on an alternate earth in an unknown corner of the Multiverse, the League finds itself in quite the pickle. After following the new supervillain Brutus to his homeworld, the team was separated upon their arrival. As they regrouped, it quickly became apparent that this new earth had some bizarre effect on superpowered beings. Superman and Black Adam were rendered all but useless against Brutus. Also, Black Canary’s canary cry was supercharged and became unpredictable.

Brian Michael Bendis is a somewhat polarizing writer. While often praised for his ability to capture characters’ voices, some find his stories unnecessarily long. For the past 20 years, storytelling in comics has become increasingly decompressed, and Bendis bears some responsibility for this phenomenon.

Justice League #62 is emblematic of the Bendis’ style. While this issue does in fact move the story forward, it definitely has modern pacing. Had “Prisms” been written during the 70s, it would have been three issues max. The fact that Bendis is four issues in and still hasn’t quite explained what’s going on shows that he’s in this for the long haul. Personally, I don’t mind the slower pace, but I began reading comics in an age where everything was written with trade paperbacks in mind. While I find myself engaged with Bendis’ story, some might find his lackadaisical pace somewhat off-putting.

David Marquez is having way too much fun drawing Justice League. His work oozes enthusiasm. While the issue starts off fairly straightforward in terms of paneling, when the scene shifts to the League’s battle with Brutus, Marquez cranks the style knob to 11. Seriously, there are six slash pages in a row. Six! Each of these gorgeous two-page spreads captures the sheer magnitude of the League’s battle with Brutus. They’re dynamic, creative, and impactful. Oh – and they’re friggin stunning. Only an artist who’s having a field day could possibly produce work this impressive.

On the hunt for Merlyn’s spellbook, the JLD team has landed in the Library of Bable – a mystical pi place that contains a copy of every book ever written. Here they scrap with some of Merlin’s goons before meeting the librarian responsible for the Library of Bable’s upkeep. After stating their case, the JLD implore the librarian to help them find Merlin and his magical tome.

I’m slowly coming to the conclusion that Ram V might in fact be a genius. Each month he manages to write an incredibly compelling story with a minimal page count. He’s also starting to tie things together; specifically, he uses a wonderfully designed meta trick to reference and incorporate one of the major storylines from Justice League Dark’s previous run. Honestly, Ram V’s story alone is worth the steep $5 price for admission. It’s just that good – and that doesn’t even take into account Xermanico’s fantastic artwork.

Justice League #62 is another great issue in what’s shaping up to be a fantastic run. Each element of the creative team is firing on all cylinders. The Snyder/Tynion run was always going to be a hard act to follow; nevertheless, Bendis seems to be up to the task.

Final Verdict: Both stories are excellent albeit somewhat slow.