We’re officially in the home stretch before Zack Snyder’s Justice League is released. Many fans are likely revisiting Man of Steel and Batman v Superman: Dawn of Justice to prep. However, you might want to hold off on the latter. The Batman v Superman: Dawn of Justice Ultimate Edition is getting a remaster in 4K Digital that launches on March 18th and 4K Ultra HD Blu-ray on March 23rd.

The Ultimate Edition of BvS is Snyder’s Director’s Cut of the film and adds 30 minutes to the runtime. Most of the additional footage is in the first half of the film. Many critics felt the theatrical cut was a jumbled, rushed mess, with Lex Luthor’s plan not making much sense. The added 30 minutes helps flesh out story threads and definitely makes it a better film overall.

While the Ultimate Edition has been available since the film’s home release, the remaster includes enhanced color and an expanded aspect ratio. Here is the the trailer:

Get ready to experience #BatmanvSuperman in a whole new way. Batman v Superman: Dawn of Justice Ultimate Edition available to own on Digital and stream on @hbomax 3/18. Available on 4K Ultra HD Blu-ray 3/23. pic.twitter.com/sse4LlZVPX

The expanded aspect ratio will be the same 4:3 as Justice League, with the idea of filling up an IMAX screen, as seen in the trailers. So the shots will be more vertical, rather than horizontal, allowing for viewers to see more of the scene. 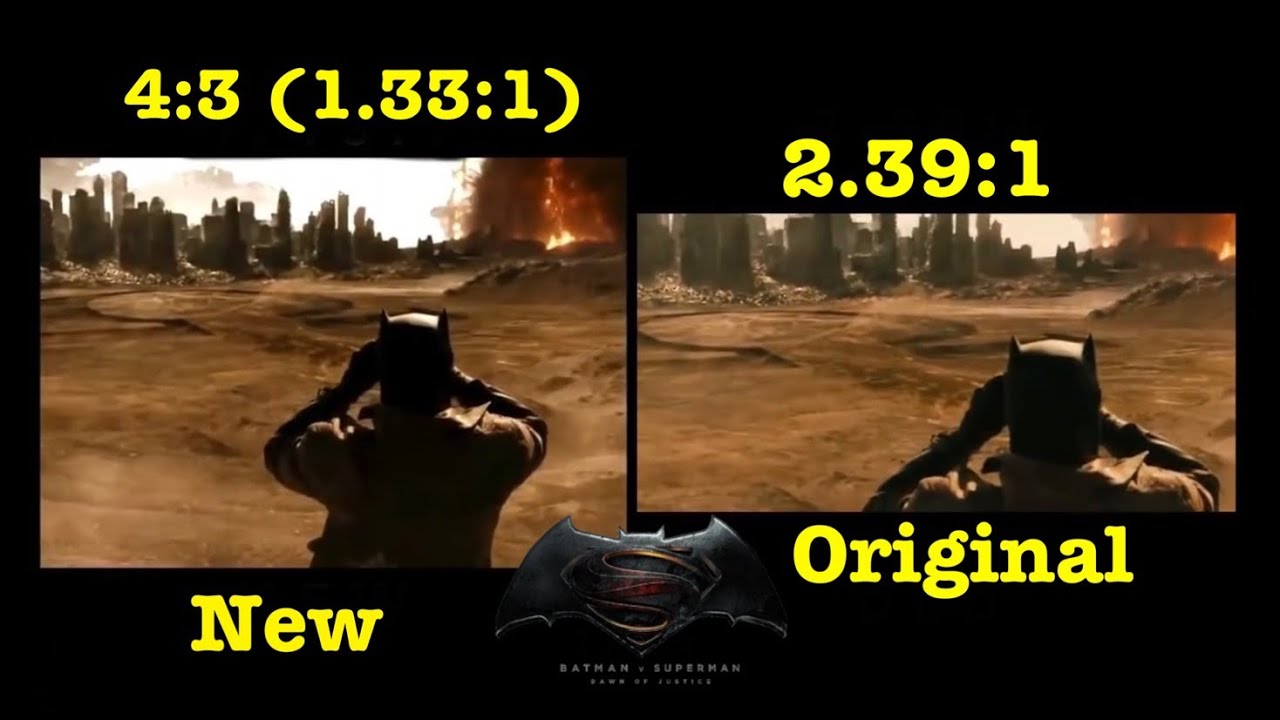 It’s meant to, especially for the special edition, replace the one that was kind of messed up a little bit. The Blu-ray, I think, it was okay, but just not the [4K]

He also added regarding the film being released in 4K:

I remember watching it on Apple movies or wherever it was, or somewhere, and going, “Wait, what? That’s not, that’s not correct.” The reds were all blocked up, it was really weird.

For those keeping track on their calendars at home, March 18th is also when Zack Snyder’s Justice League is being released on HBO Max. So between that and the remastered Batman v Superman, that’s 7 hours of Snyderverse in one day!

Are you excited to see the remastered 4K BvS? Let us know!