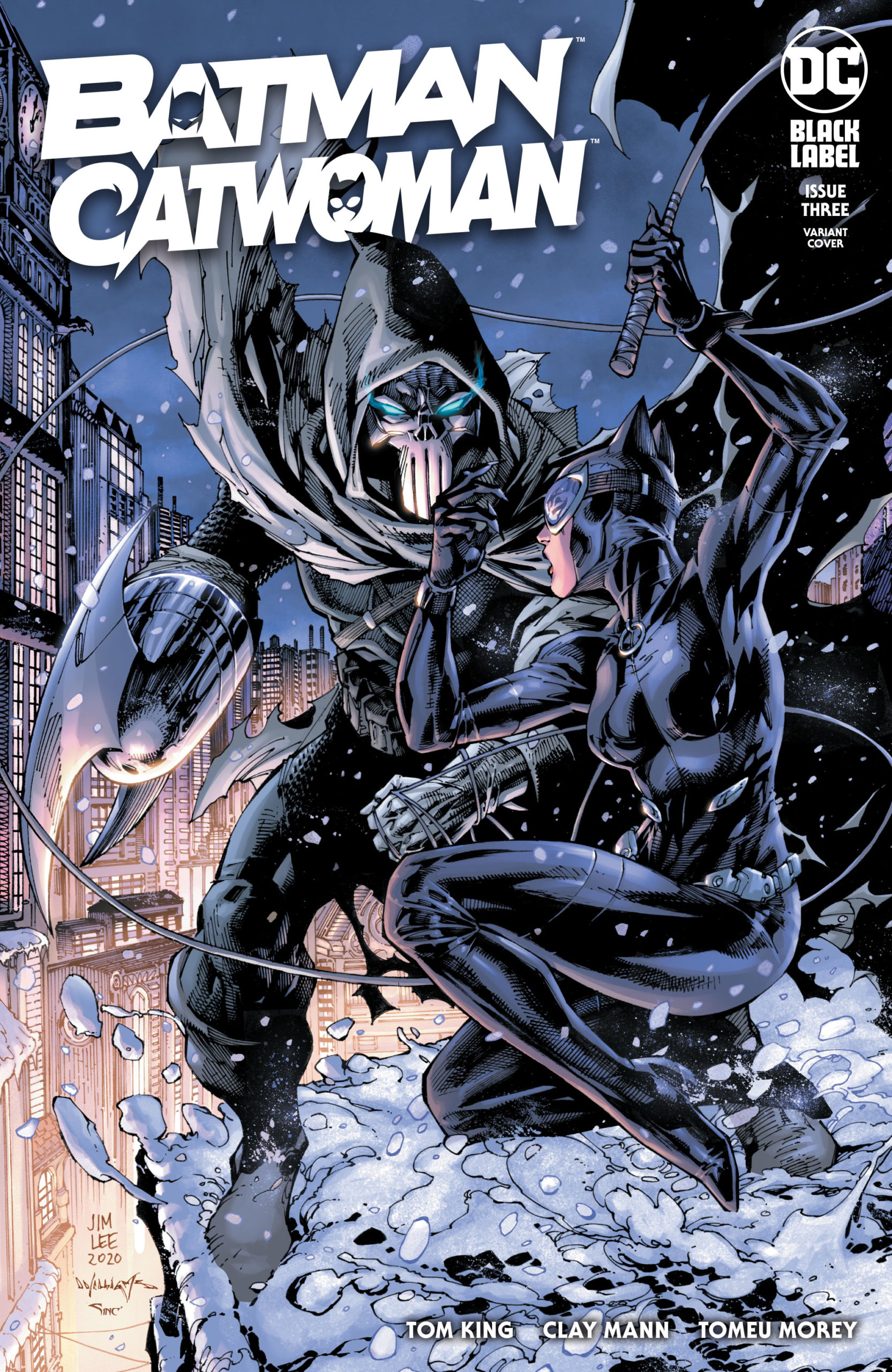 Batman/Catwoman #3 offers more of the same solid narrative while progressing the stories at a somewhat halting pace.

The good news is that this issue feels a little more clear on where the timeline delineations are set. Thanks to some festive border designs on certain scenes, the flow of the story really improves. Readers will not be distracted from the story to think about whether this is the past, present, or future. Now they can enjoy the plots progressing more.

Speaking of plot progression, most of them are starting to shape up to be really interesting ideas. The most fascinating one is the future plot where we see Helena Wayne in action as… Huntress of the future? She is not named here, but she gets a cool superhero costume. We also get a real taste of her personality. 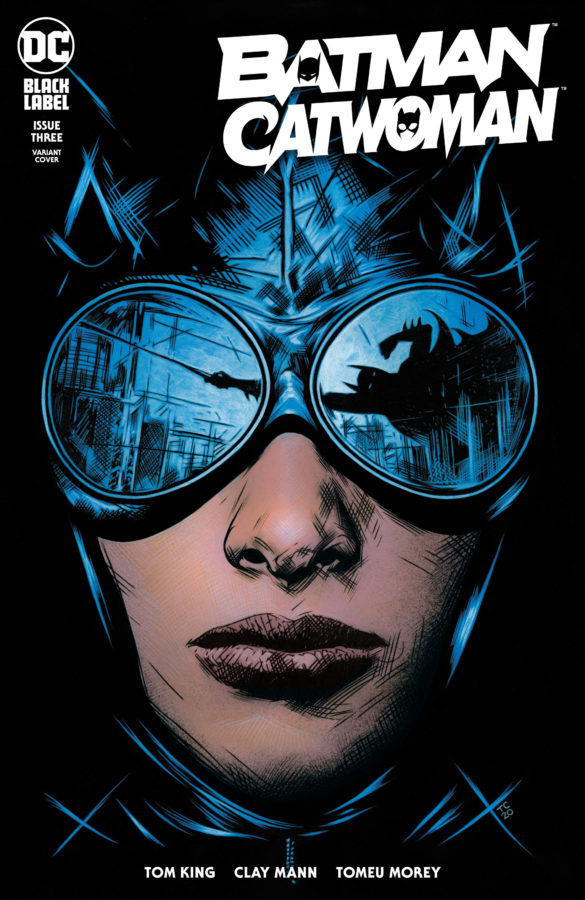 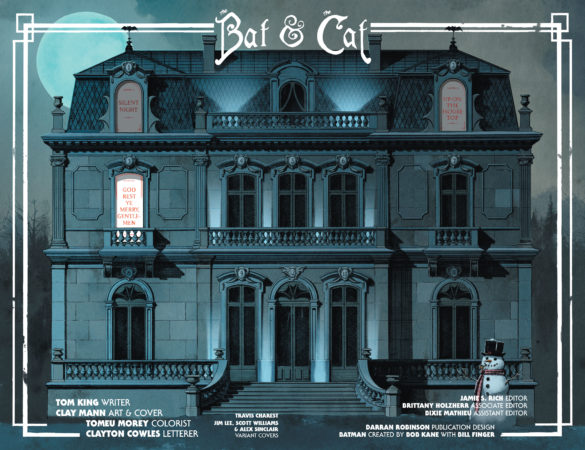 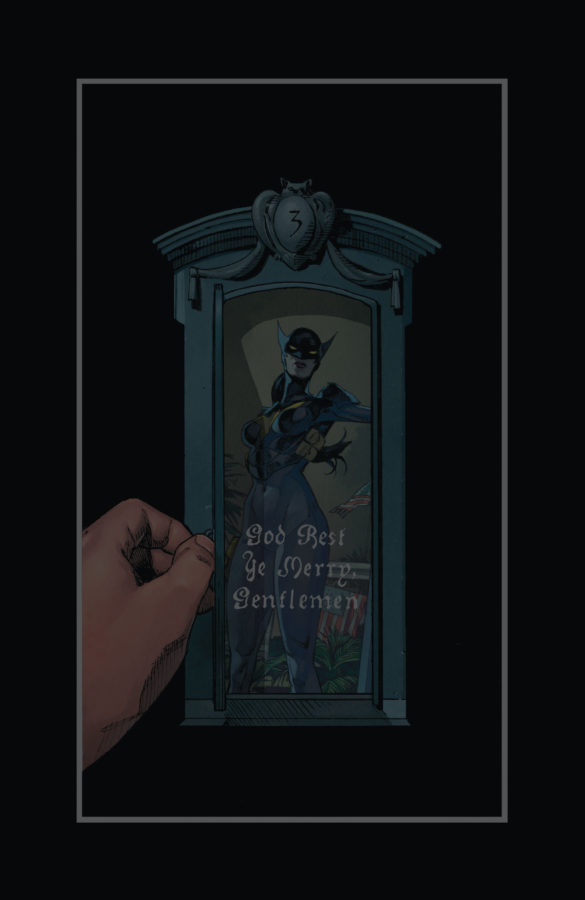 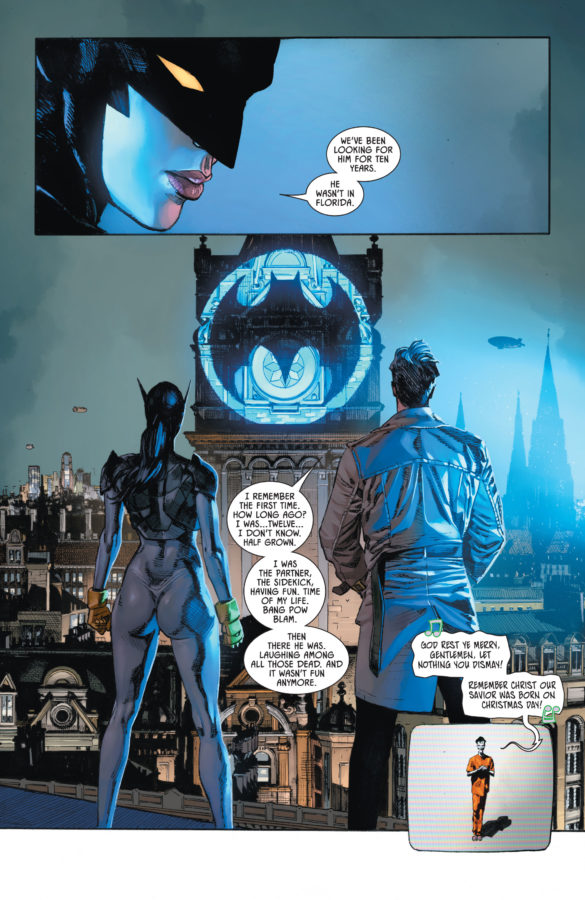 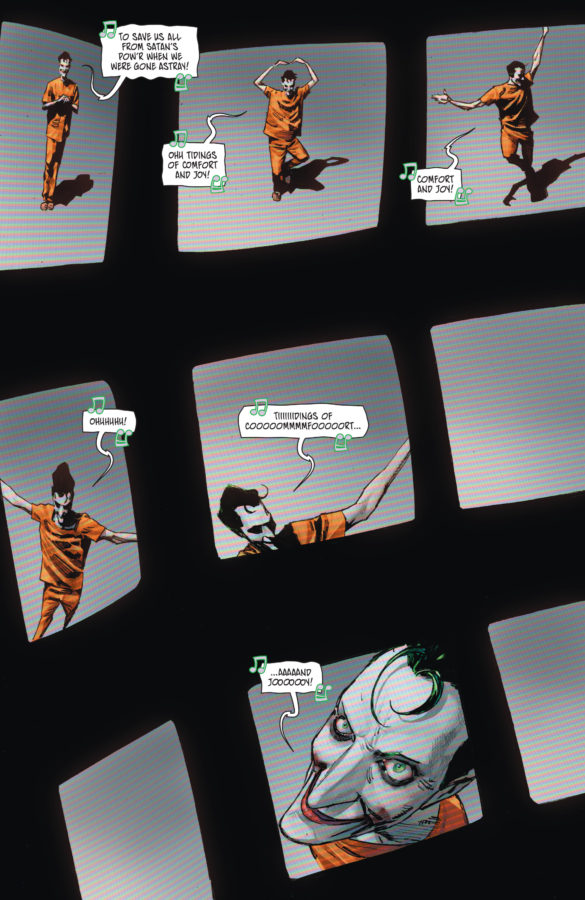 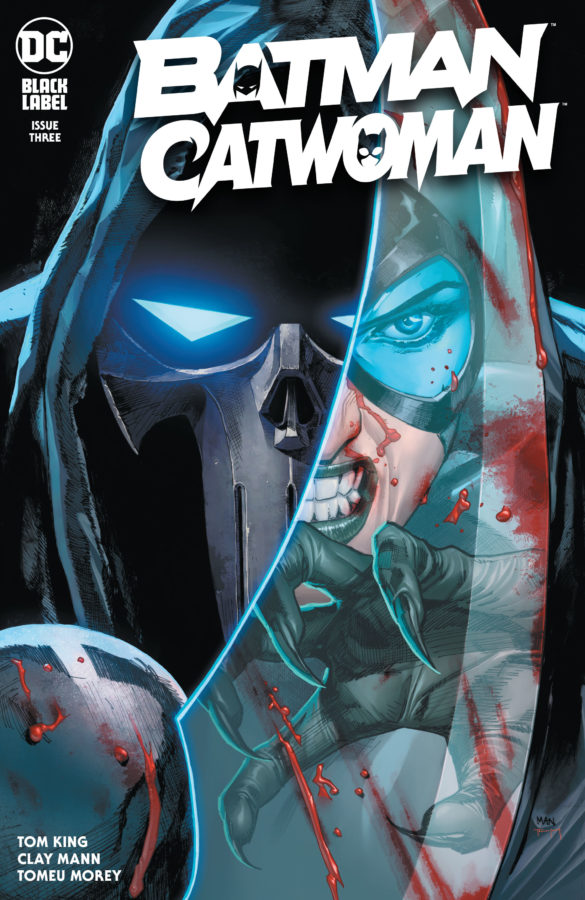 Writer Tom King sets up a really cool conflict between the straight-laced Helena, and the more morally ambiguous elder Selina Kyle. Without getting into too much detail, it you can feel enormous tension in those scenes.

Unfortunately, the problem is that not every plot thread’s treated equally. The future timeline’s probably the most fully formed, while the present day and past plots are a little more threadbare. Scenes happen that string the stories along, so there’s an illusion of progression, but it’s hard to get invested in exactly what the reasons why are.

For example, the present teases a showdown between Selina and the Phantasm, but we’re not exactly sure why the villain’s targeting her. It’s entirely possible that we’ll find out later on, but for the immediate issue, the battle holds no emotional weight.

Because there is an inconsistency with the various plots, the issue (and series so far) feels a little disharmonious.

Batman/Catwoman #3 is the start of the plots really taking form, leading to some genuinely intriguing threads. However, the inconsistent pacing of the different plots means that parts of the issue drag, while others really shine.