Hot Toys have released images of their new Batman and Robin figures, based on their appearances in the movie Batman Forever.

These great new Batman and Robin figures are based on the likenesses of Val Kilmer and Chris O’ Donnell respectively. As with every Hot Toys release, they boast of ultra-realistic features, detailed accessories, and come at 1:6 scale. Check out the gallery images for the figures! 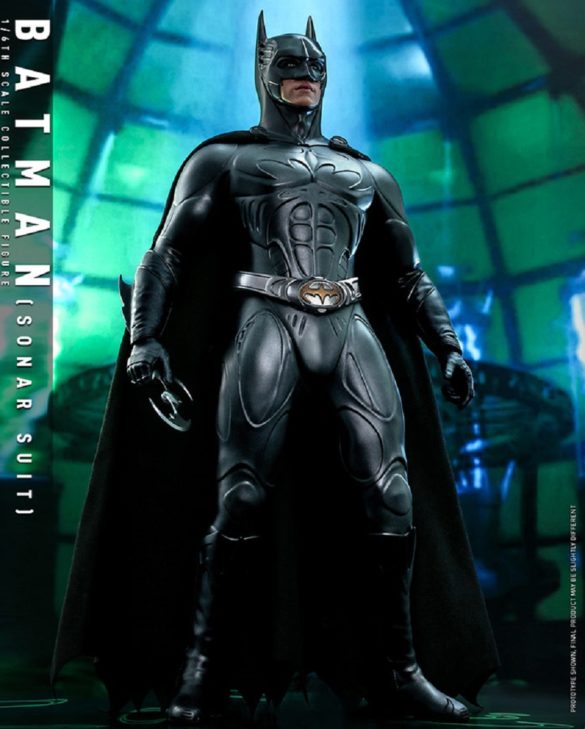 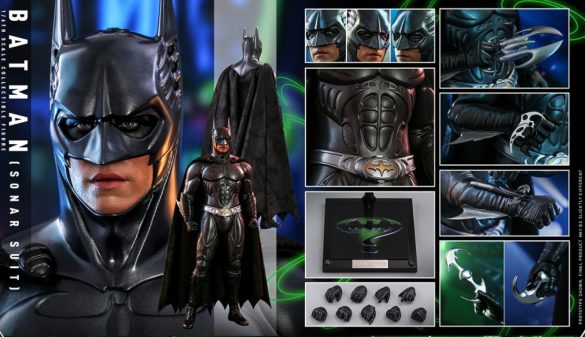 Fans of the 1995 Joel Schumacher film may recognize that this isn’t the standard Bat-suit Batman wore for the majority of the movie. Instead, the figure’s clad in the sonar suit, as featured in the film’s climax. The piece is also offered with multiple head sculpts, and hand gestures. The heads have the extremely-creepy “rolling eyes” feature, movie-accurate facial expressions, and detailed skin texture, along with 30 points of articulation. The cowl even has a “eye blinders” alternate head, to re-enact the very end of the movie where Batman blows up the Riddler’s power source.

As for accessories, there’s a foldable, Sonic Batarang, a Batarang launcher with interchangeable modes, and a Bat clamp launcher. Batman also has a figure stand, with a nameplate and Batman Forever movie logo. 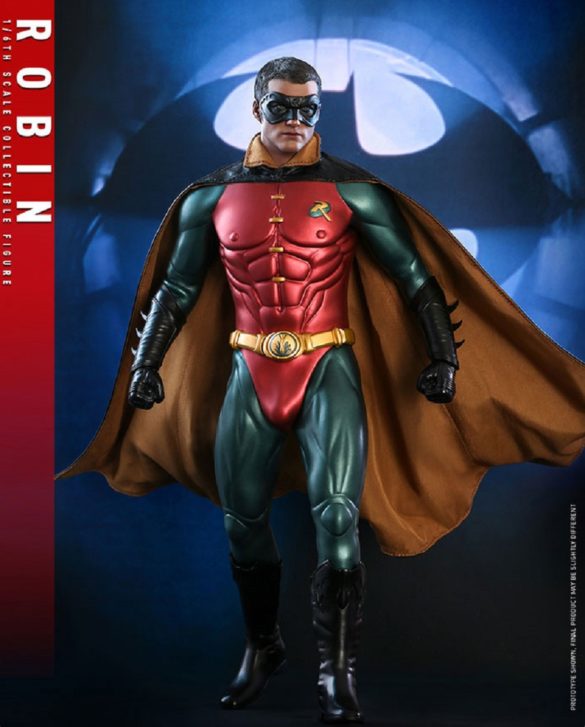 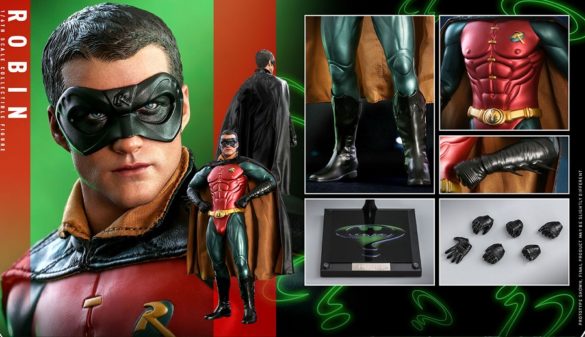 The Robin  figure comes with six interchangeable gloved hands, including one pair of fists, one pair of relaxed hands, and one pair of gesturing hands.

Just like the Batman figure, the Robin one comes with a figure stand, with nameplate, and Batman Forever movie logo.  Unfortunately, the accessories are a little slim for Robin, compared to Batman. He doesn’t come with any Batarangs, or alternate head sculpts.

I guess what he lacks in extra accessories, Robin makes up for in ahem other assets in the region below the utility belt.

Batman goes for a whopping $255.00, and you can pre-order the figure by clicking here.

Robin’s slightly cheaper, at $245.00 You can pre-order him by clicking here.