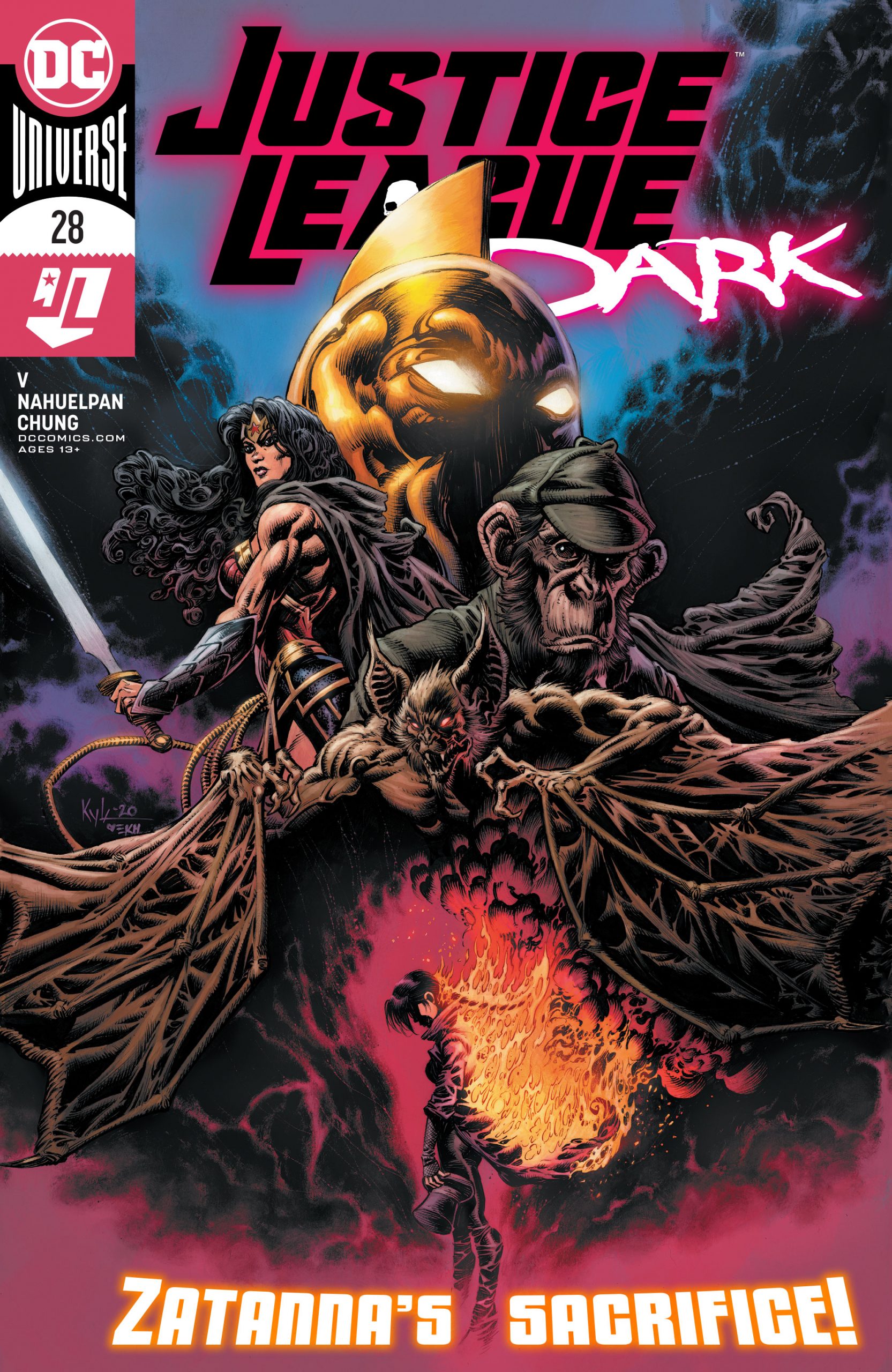 Justice League Dark #28 delivers the final showdown between our heroes, and the Upside Down Man. This issue is the payoff for the previous 27 issues, annuals and the stellar Wonder Woman “Witching Hour” crossover. If you’re a regular reader of my JLD reviews, you know how much I love this book, and that I’ve been championing it since day one.

Ram V has really impressed me. Not content with wowing indie comics fans with his wonderful work on These Savage Shores, he’s currently making Catwoman fans very happy, as well as making magic on these very pages. He’s managed to totally put his own stamp on a story he came in in the middle of, and has ended it in a way that, I believe, the creators who initiated it would be proud of. I did have one criticism, as it seemed like the rest of the Otherkind had been forgotten, but one sentence from Bobo put paid to that thought, so I know that they’re still on Ram’s mind… or lurking in the dark corners of his psyche. 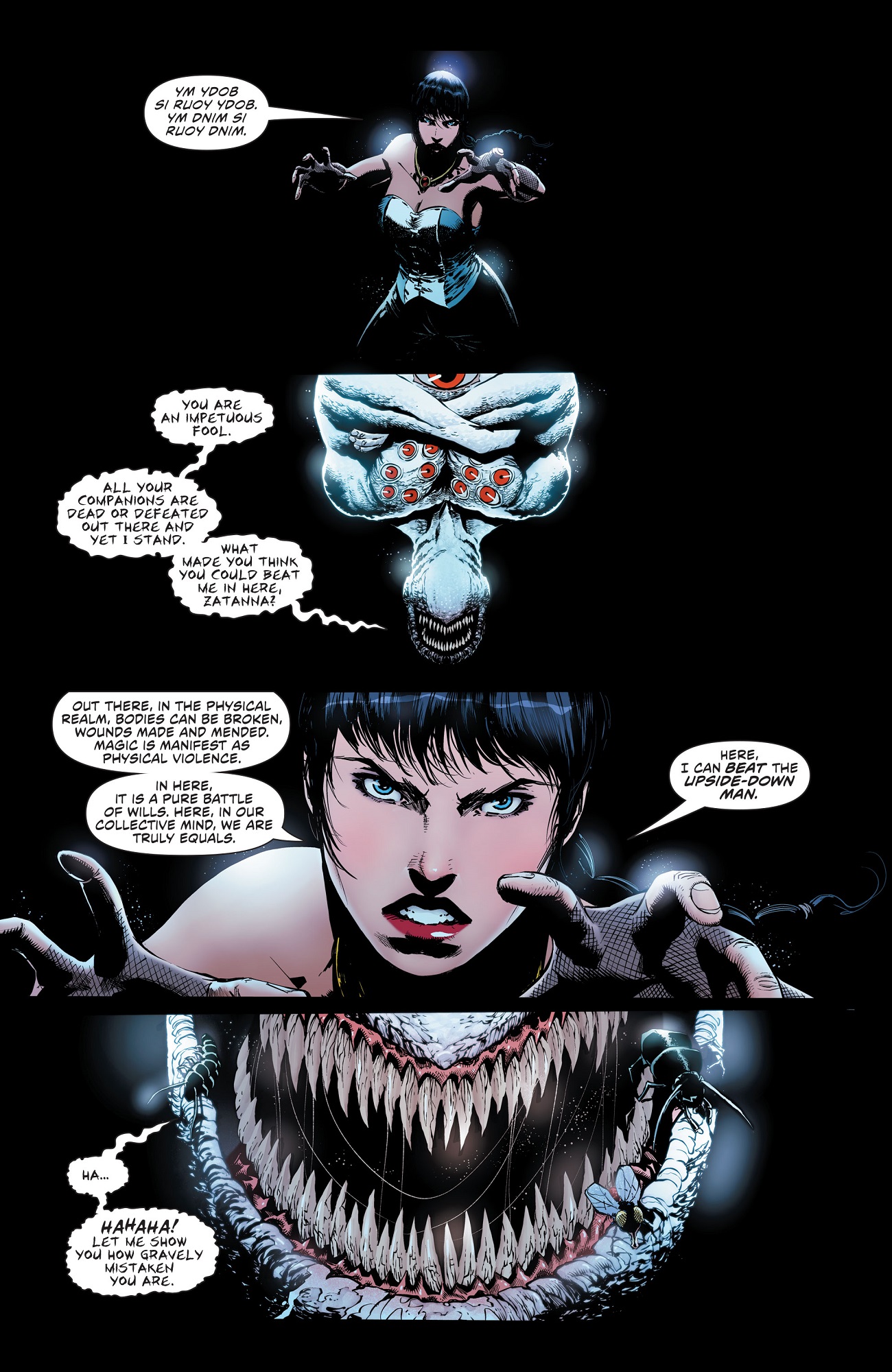 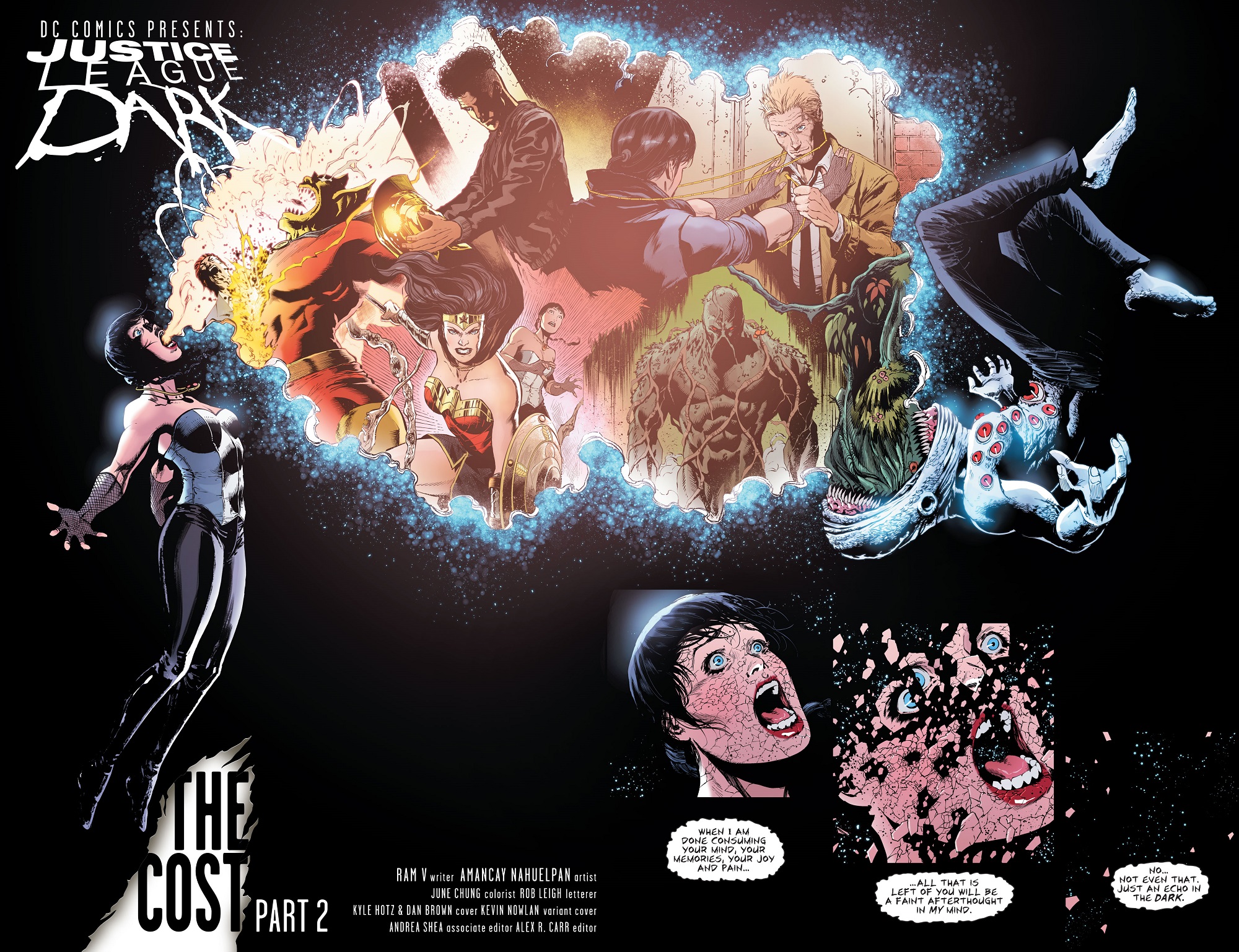 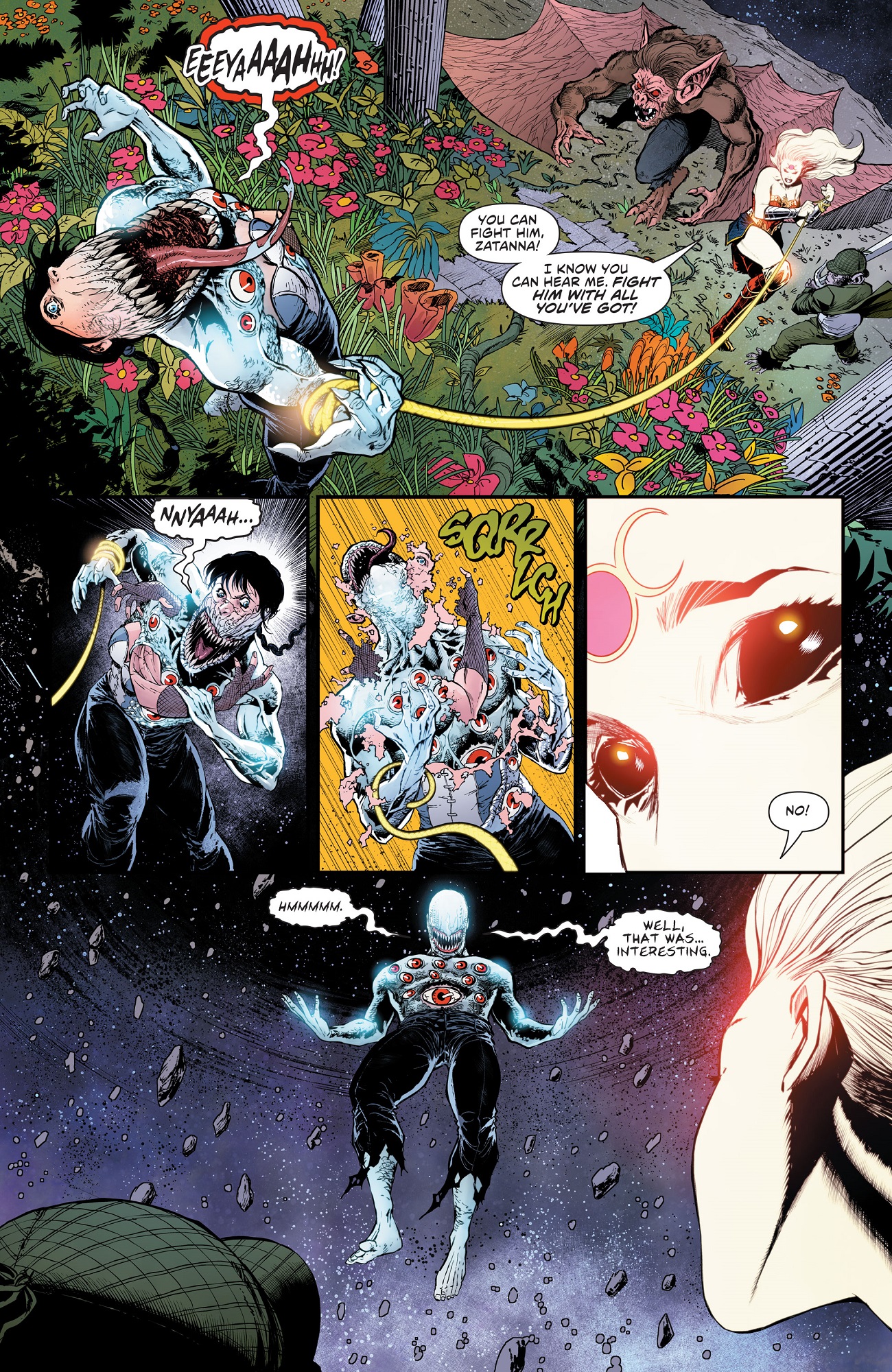 Turn Our World Upside Down

Amancay Nahuelpan and June Chung manage to deliver horror and beauty in equal measure this month. The apparent loss of Swamp Thing and Kent Nelson was shocking, yet the remnants of the latter, and the legacy of the former, linger and grow. Amancay and June do a truly beautiful job of illustrating this. The double splash on pages two and three (reproduced above, and in our banner image) are pure magic… pun fully intended. The Upside Down Man isn’t just well named because of his appearance, or how he acts, but also because he’s turned the magical realms of the DC Universe, and its characters, completely on their heads.

Once again, Rob Leigh’s characteristically strong lettering helps deliver polish and flourish to an already stellar issue. Ram is a writer’s writer, and he delivers many words, all well-worth reading. Rob transfers them to the page legibly, and strategically. This series has consistently been one where writing and visuals have gone hand in hand, in terms of both quality, and in telling a great story.

There are some comics which are great to read, but not so nice to look at, or more commonly, that contain great art but have scripts/plots that are there merely to give the artist something to draw. This run of JLD has regularly given fans a perfect marriage of great writing, and terrific visuals.

Yeah, I really liked Justice League Dark #28. Teen Titans recently ended, and just like the finale to that series, this denouement promises more to come. This creative team, and the heroes whose stories they’ve been telling, have delivered thrills, chills, brimstone and hellfire. What comes next looks to reduce temperatures below zero, as well as taking us all on all brand new ride.

Stone the crows, that ending left me ravenous for more, too. I’m going to fetch my scarf and gloves.