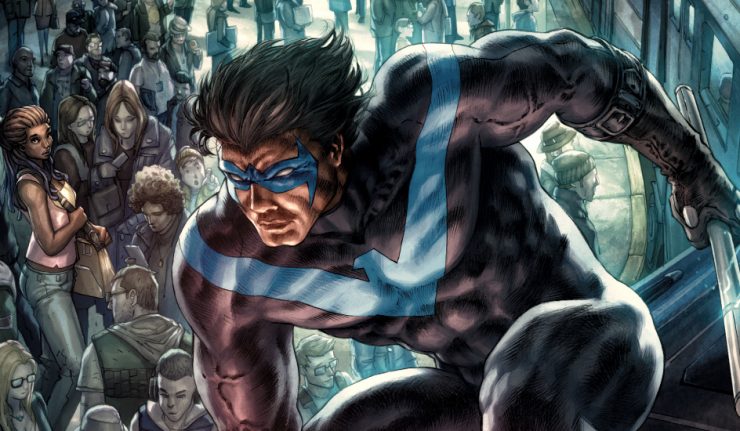 “The Problem With Napkin Man” 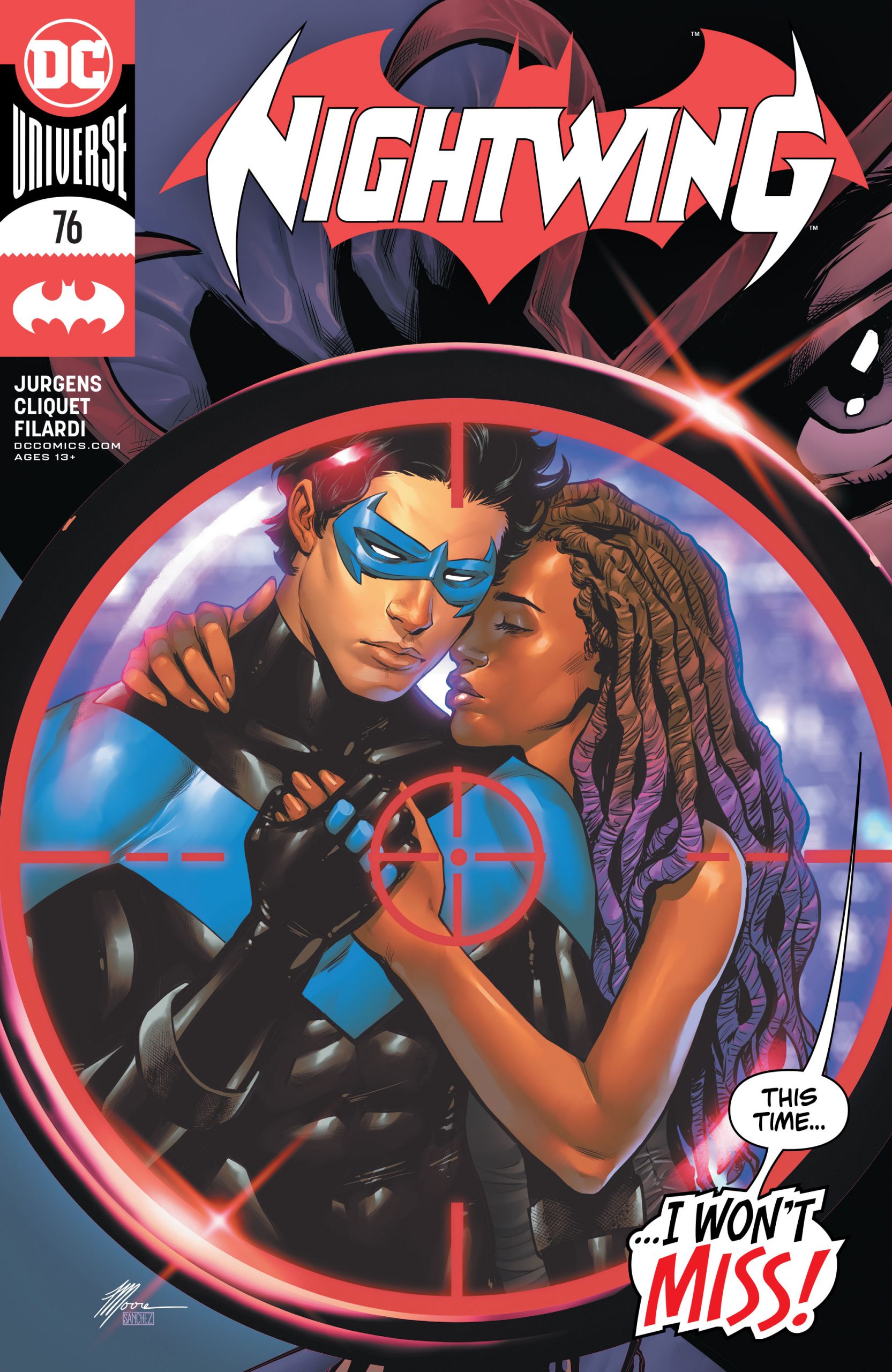 Nightwing #76 broke my heart. No, that’s not a spoiler, as anyone who has eyes, or who is reading this review, can see the gorgeous Travis Moore cover that’s sitting very close to this sentence. I’m a big softy, at heart… I LOVE love. So, Nightwing, KGBeast, and more importantly, Dan Jurgens… shame on you.

The turbulent tale of Ric Grayson comes to a final end in this issue, but – as with all the really great stories – nothing ever really ends. The last two years of Nightwing comics have been divisive, but on the whole I’ve loved them. This chapter, however, I didn’t like. Yes, I knew it was going to happen, yes it was handled more delicately than I thought it would be, but it still happened.

I’ve said, right from when Dick lost his memory, that it would eventually return, and that everything would revert back to how it was before KGBeast shot him in the head. Guess, what? As it’s Dick Grayson’s 80th anniversary, all of that was a no-brainer. What I’m sad about is that I hoped that maybe a bit more of Ric’s life would stick. Nightwing #76 proved otherwise. 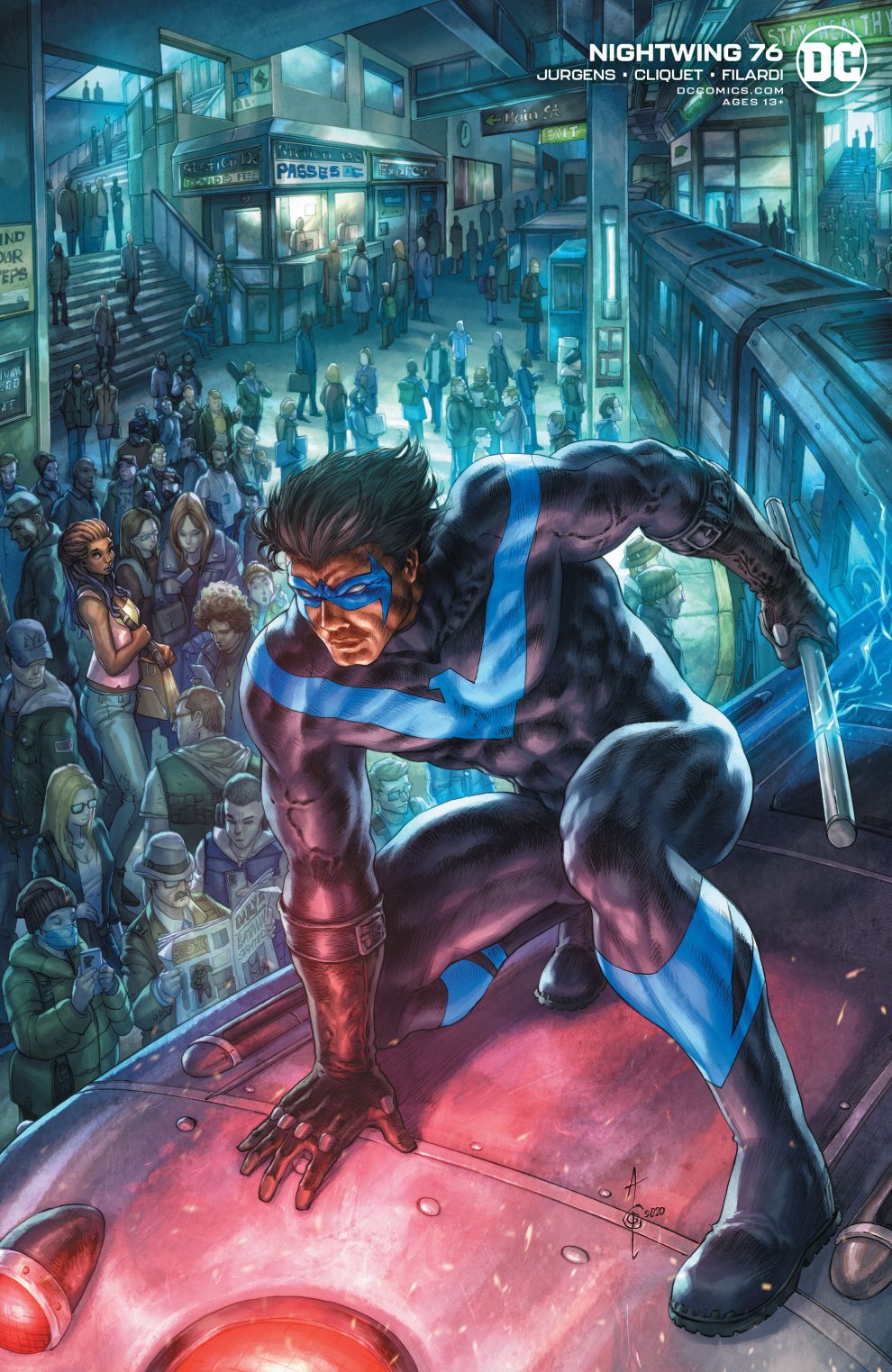 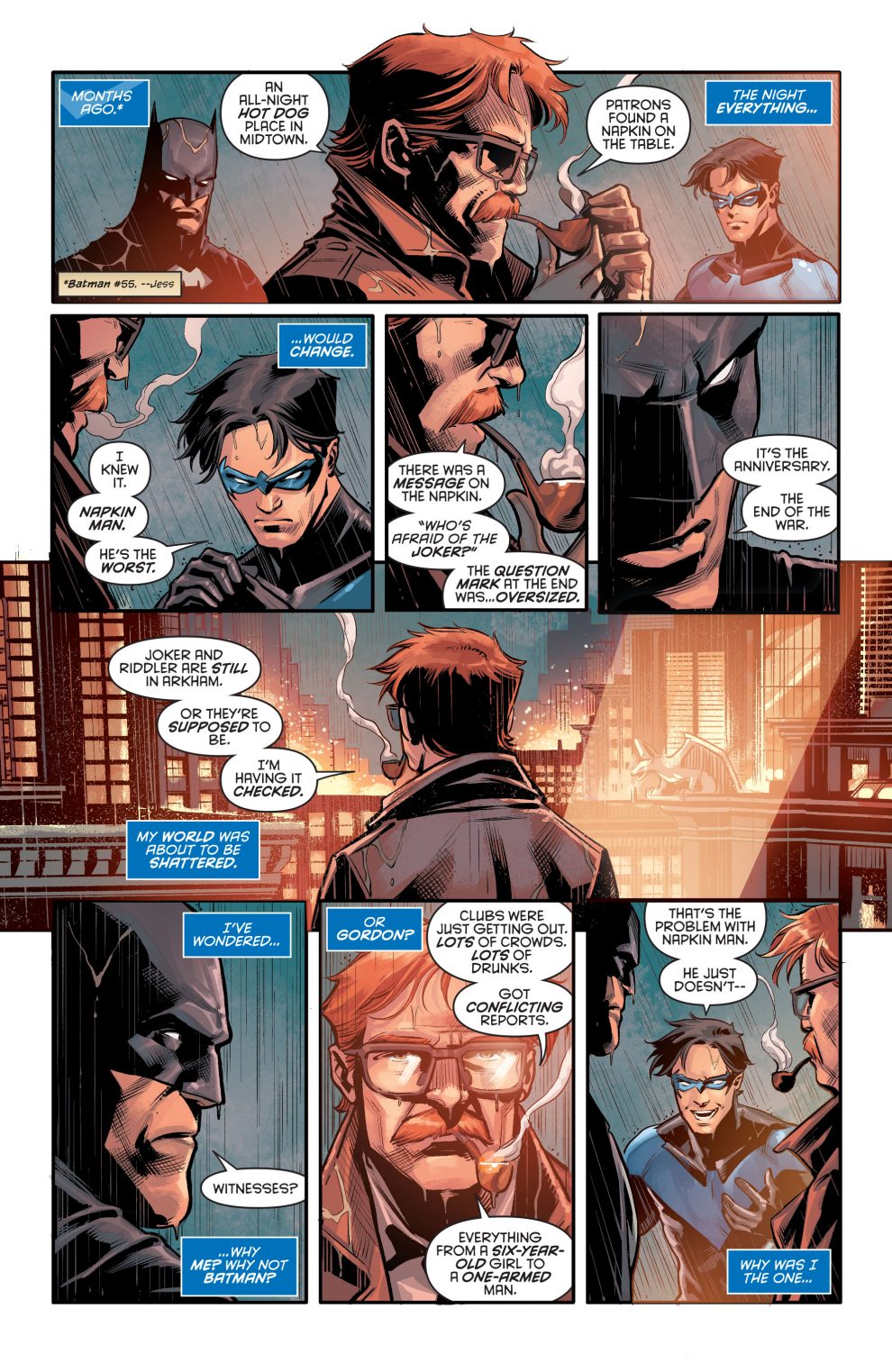 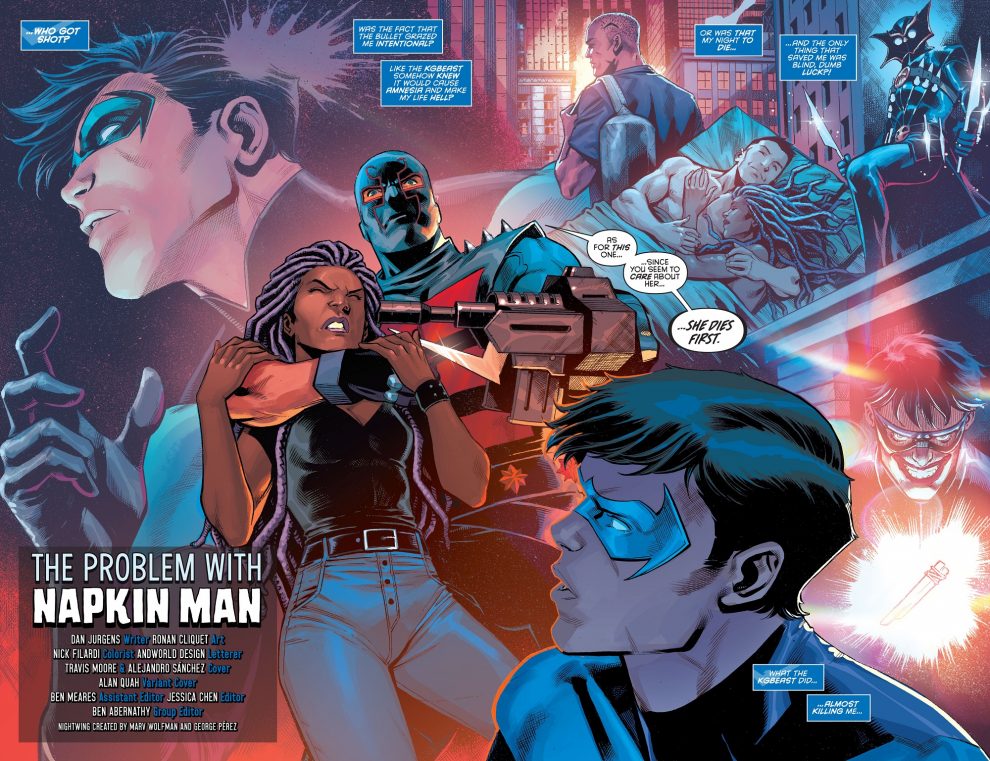 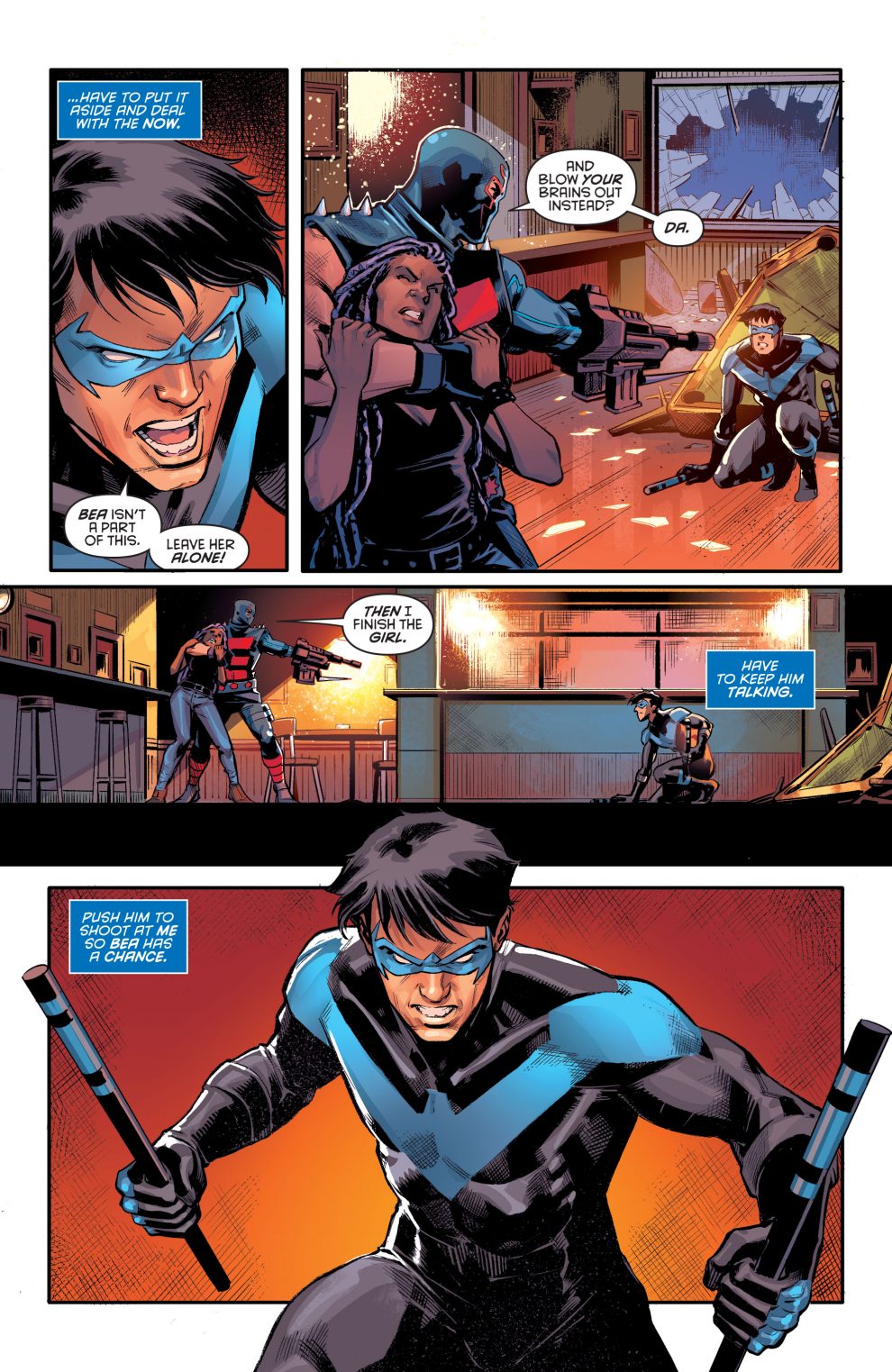 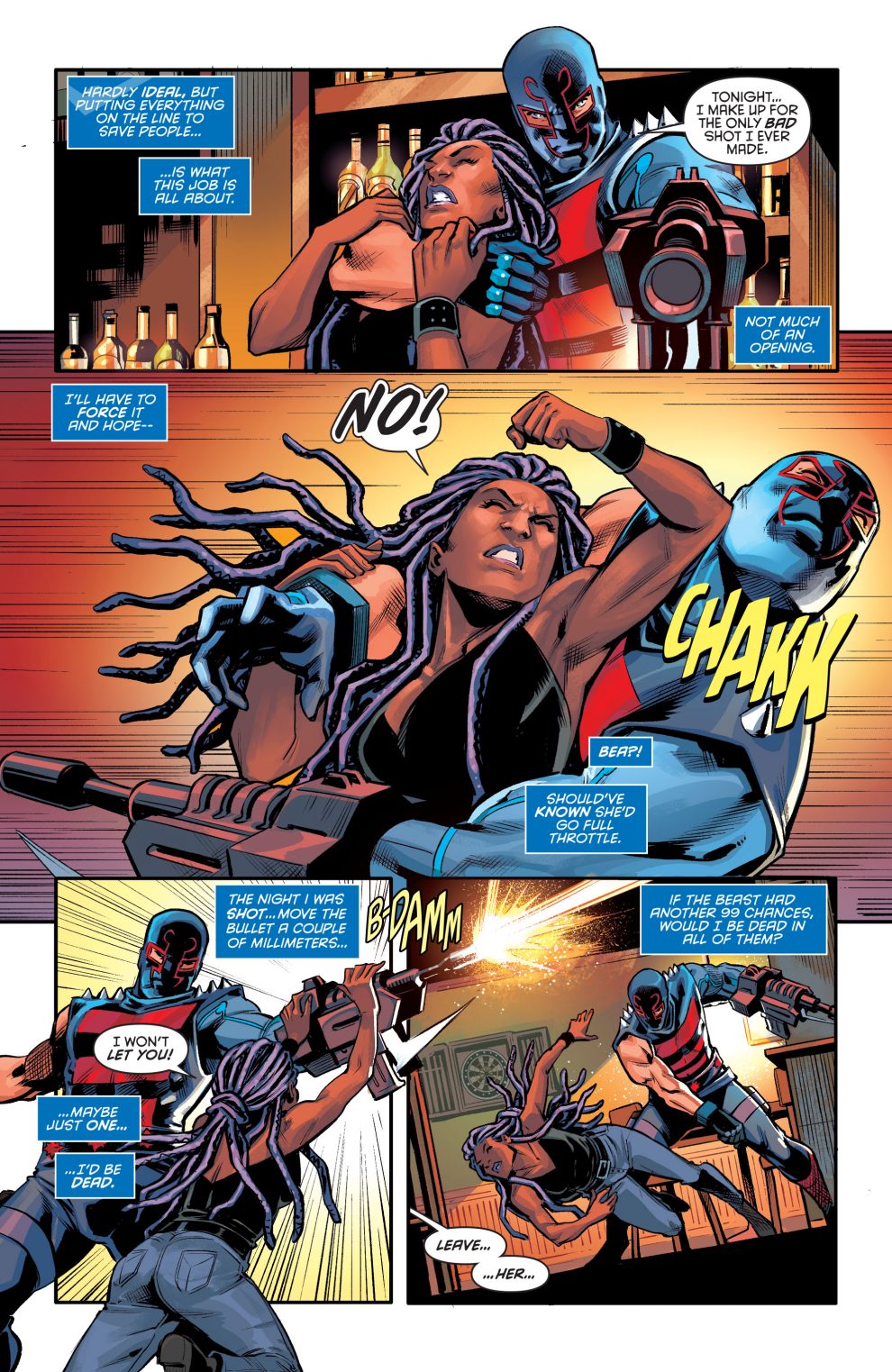 I’m not blaming Dan Jurgens, he’s probably had enough vitriol aimed at him by the more toxic “fans”, who’ve hated everything about this arc. Jurgens is one of the most admired and respected writers in the business for a reason, but his brief was probably “shake $#!+ up… but return everything to the status quo once you’re done”. My main disappointment is that it has, more or less, been everything.

Art That Just Cliquets, And Filardis My Heart With Joy

As disappointed as I am with the plot, Ronan Cliquet and Nick Filardi’s art and colors never, ever let me down. From Bea giving KGBeast a mean left-hook, to Nightwing at his awesome, acrobatic best, this is an art team that rocks like a boulder in the grand canyon. I know that I won’t be seeing a lot of characters that I’ve grown to love again, but I sincerely hope that this artistic dynamic duo stick together for a long, long time.

AndWorld Design’s ever impressive letters are also consistently cool. The aforementioned “girl power” moment, being just one of many great examples.

The Ric Grayson experiment has come to an end, but I wish a little more of it had stuck. I am very glad that it looks like we’ll be seeing more of Hutch (Nightwing Red), but sad that we won’t be keeping much else. Most of what I’ve read over the last couple of years has been good, or great, so brushing it all under the carpet seems a little wasteful. Still, I’m just one of many comics readers, so will go with the majority, and not throw my toys out of the playpen.

Nightwing #76 broke my heart, but it was still a brilliantly drawn, and entertaining comic. The visuals get a full 5/5 from me, but the writing – largely because of what I’ve touched on – gets a 2/5. Hey, it all still turned out a heck of lot better than the Spider-Man “Clone Saga”… 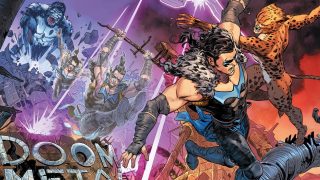