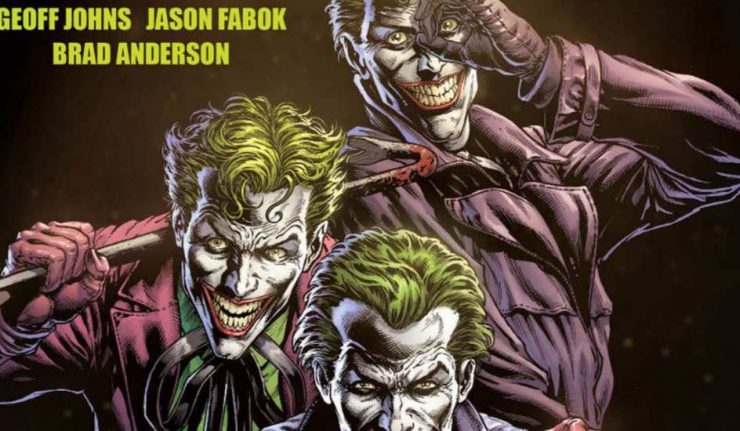 Writer Geoff Johns has confirmed that the different Jokers do not hail from alternate earths.

At the DC FanDome virtual panel, Johns discussed how Three Jokers is supposed to be a grounded tale. The writer specifically shot down a popular fan theory that the multiple Jokers are from different universes.

It’s not a parallel Earth story. These three Jokers are not from different Earths. We tried to make it as grounded and personal as possible.

Johns assured fans that the explanations to how the three Jokers co-exist are not due to magic or multiple earths. In fact, Johns doubled down on how he wrote the story to be very grounded and realistic.

It’s super fun to have these big bombastic stories involved in Joker’s craziness. We really wanted to get back to this ground-level, street-driven smaller story. Even though the mystery is very big, it’s just a smaller story involving a handful of characters. 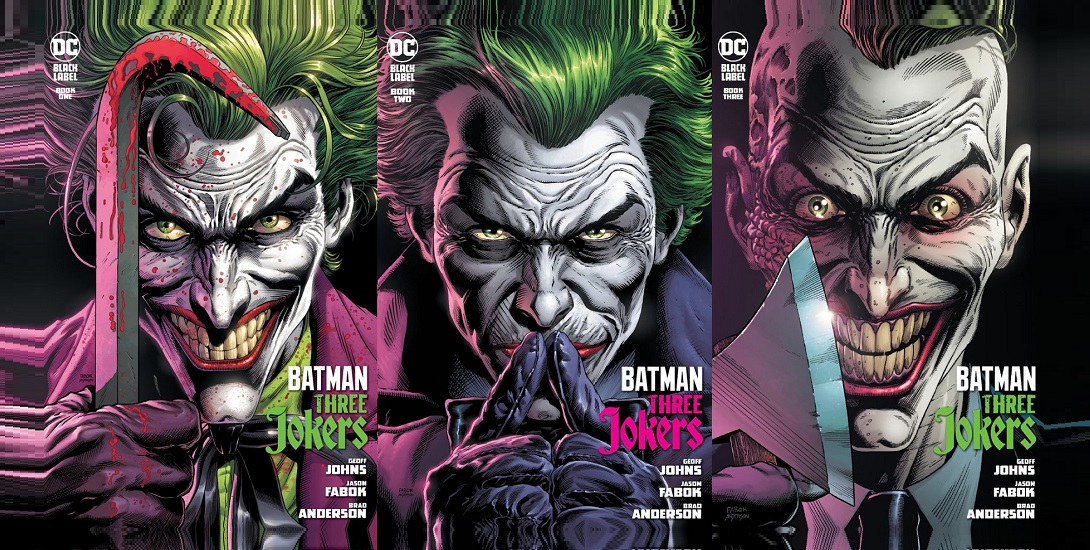 Johns also talked about why he was compelled to write the mini-series. The celebrated writer had many seminal runs on DC’s big franchises, most notably on Green Lantern, The Flash, and Justice League.

However, Geoff Johns is not as well-associated with Batman. Beyond writing the Batman: Earth One series of graphic novels, “The Button“, and Doomsday Clock, Johns barely touched the franchise. So with Three Jokers, Johns wanted to make it as special as possible and tell a story that is different.

I’ve never really told a Batman story. I’ve done Batman: Earth One, but that’s a different, younger low-tech version. This was the first time I had a chance to write a real Batman story, in continuity, with The Joker. There’s so many amazing stories out there about The Joker, and I didn’t want to tell another one unless we had a different story, and explored something new.”

Batman: Three Jokers #2 comes out on September 29. Click here for a preview of the upcoming issue.