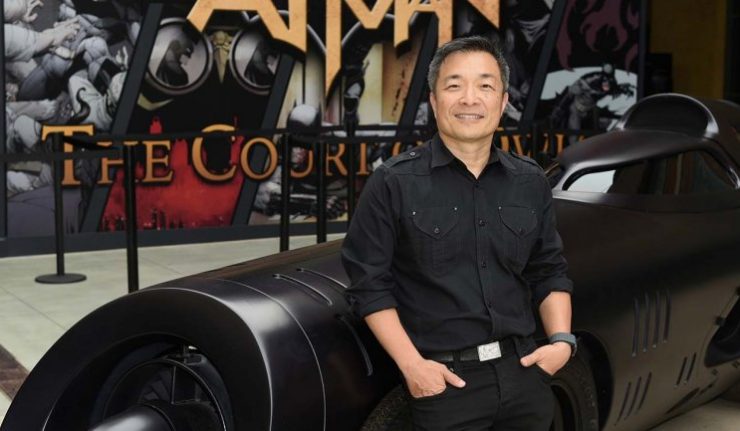 Earlier this week, WarnerMedia announced company-wide layoffs across its entire line of businesses. Unfortunately for comic book fans, DC Comics was not immune to this. 20 percent of the DC staff were let go, including many senior editors. While rumors have swirled that parent company, AT&T, wants out of the comics business, Jim Lee, Chief Creative Officer at DC, assured fans:

We are still in the business of publishing comics.

Absolutely. One Hundred percent. It is still the cornerstone of everything that we do. The need for storytelling, updating the mythology, is vital to what we do. The organization leans on us to share and establish the meaningful elements of the content that they need to use and incorporate for all their adaptations. When we think about reaching global audiences, and we see comics as helping drive that awareness and that international brand, it’s very much part of our future.

To add to this news, Lee revealed that John Ridley, Oscar winning writer of 12 Years a Slave, is writing a Batman mini-series that:

Will have a huge impact on the rest of the line.

Jim Lee did note that they will be reducing the amount of books that are published, and will try to match books up with other content being created.

That said, we will be reducing the size of the slate, but it’s about looking at everything and looking at the bottom 20 percent, 25 percent of the line that wasn’t breaking even or was losing money. It’s about more punch for the pound, so to speak, and increasing the margins of the books that we are doing. It was about aligning the books to the franchise brand content we’ve developed and making sure that every book we put out, we put out for a reason.

He also assured that all projects that were already green lit and started will continue to be worked on.

There is no pencils down notice.

One subject many DC fans have been worried about is the future of the digital streaming service, DC Universe. The future of its original shows, such as Harley Quinn, Titans or Doom Patrol seems to be moving to HBO Max. Stargirl, while originally slated to be a DCU exclusive, also aired on the CW. Harley Quinn and Doom Patrol are now available on HBO Max too.

Many fans worried if this was the beginning of the end of the service. While Lee did confirm that the original content will be migrating to HBO Max, DCU will continue to be a comic book service.

The original content that is on DCU is migrating to HBO Max. Truthfully, that’s the best platform for that content. The amount of content you get, not just DC, but generally from WarnerMedia, is huge and it’s the best value proposition, if I’m allowed to use that marketing term. We feel that is the place for that.

In regards to the community and experience that DCU created, and all the back-list content, something like 20,000 to 25,000 different titles, and the way it connected with fans 24-7, there is always going to be a need for that. So we’re excited to transform it and we’ll have more news on what that will look like. It’s definitely not going away.

Personally, this news is a relief to me. While I love DCU for the TV shows and movies available, having the vast DC library of comics available was always nice, so it’s good to see that won’t be lost.

While company wide layoffs are usually not a good sign, Jim Lee and DC seem to be continuing to push forward.

In just one week, the DC FanDome event will take place, with 24 hours of news and announcements. Everything from comic books, video games, movies and TV shows will be showcased at the event. Just yesterday they released the schedule for the panels. This event doesn’t seem like something a company ready to pack it up would do. Hopefully it will answer some lingering questions fans might still have.

What are you thoughts of Jim Lee’s response to the DC shakeup? Did he help ease your mind or are you still concerned for DC’s future? Let us know!