With the virus still running rampant and cases surging, comic book conventions have been forced onto the Internet for virtual experiences. The mother of comic book conventions, Comic-Con San Diego which typically occurs in San Diego in July is no exception. In case you weren’t paying attention, it’s happening right now. You can check out Comic-Con International’s official YouTube channel for panels. Of course, that’s not going to stop merchants from releasing some exclusive merch during the biggest geek event of the year. Mondo is a company catered to collectors, releasing beautiful limited edition posters, prints, and vinyl records with some incredible artwork. Unveiled earlier this week and made available for purchase this Friday, Mondo revealed a new Batman: The Animated Series-themed Two-Face poster by the brilliant Phantom City Creative.

Unfortunately, the poster is sold out. However, it’s still worth mentioning because of how incredible the artwork is. Take a look: 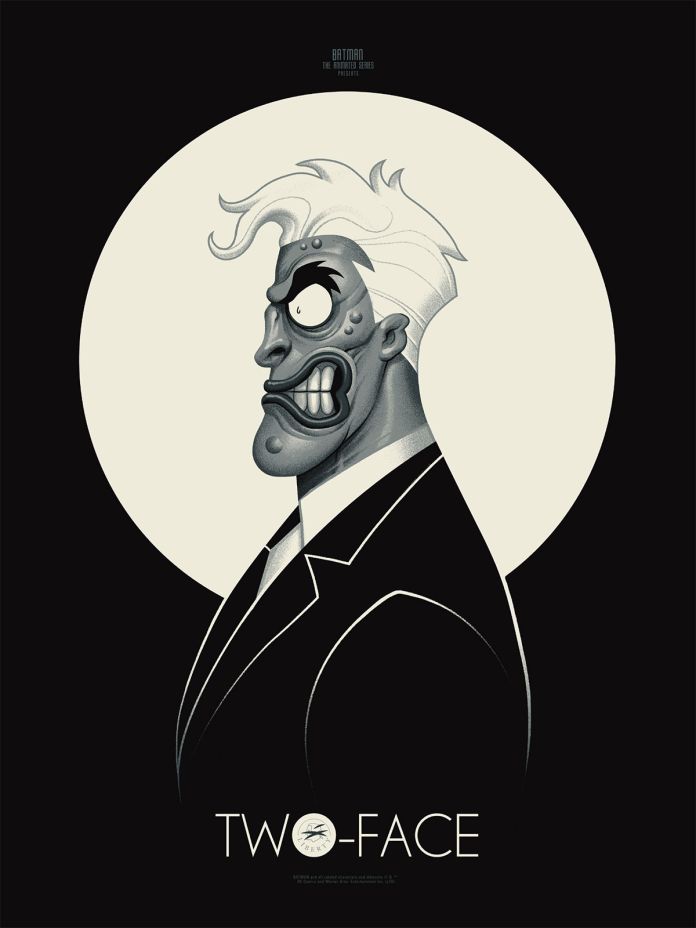 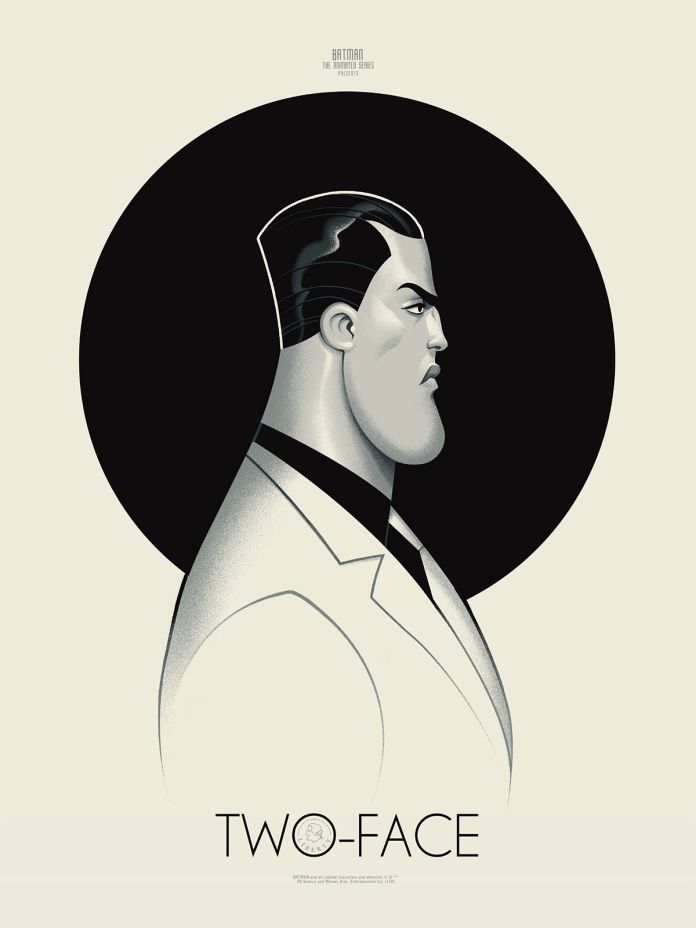 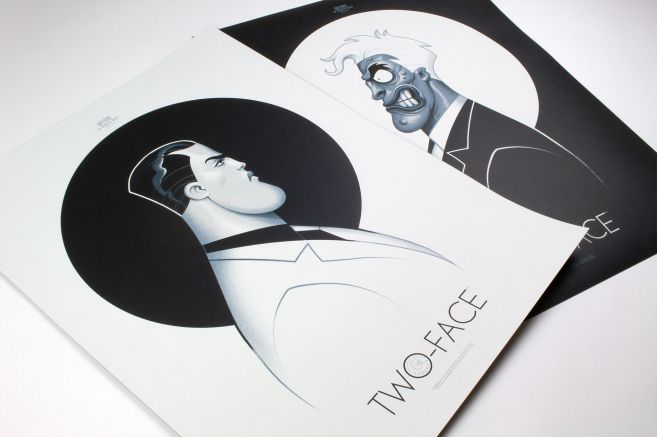 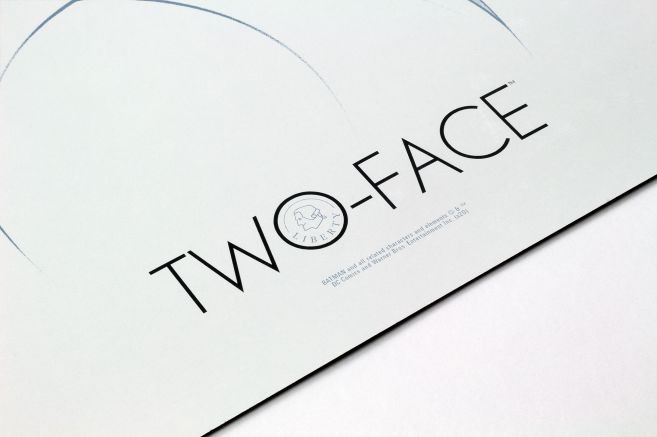 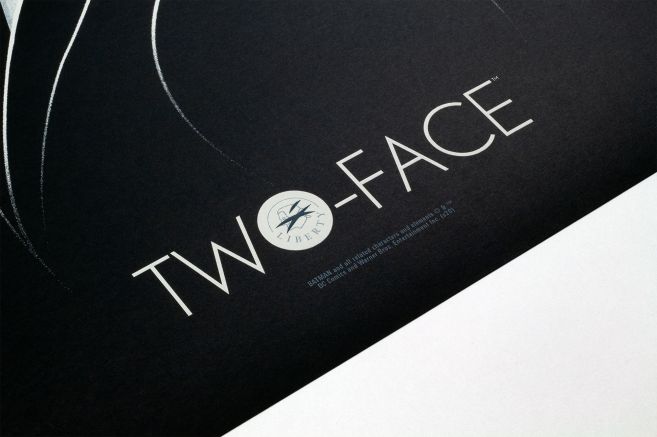 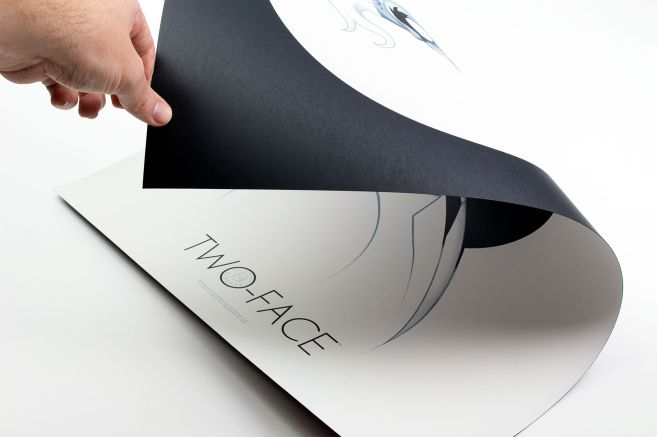 Simple, but so visually striking. It takes the already incredible art style and adds depth and detail, while emphasizing the noir aspects of the Timmverse. In case you hadn’t noticed, similar to the duality of Two-Face and his coin, the poster is double-sided. One side represents Harvey Dent and the other, of course, Two-Face. You can see the stark black & white invert on each side, and the coin in the “Two” is even scarred to match Two-Face’s. Honestly, I cannot gush enough about this. Phantom City Creative continues to bring more life into the phenomenal B:TAS art style already. The Two-Face Poster was going for $70, but alas, it was limited to 225 copies and it looks like it’s gone now… but it doesn’t hurt to look, right?

Mondo is also selling some beautiful screen-printed posters depicting Heath Ledger’s Joker from The Dark Knight, which are also sold out. Lastly, Phantom City Creative was tapped for yet another gorgeous piece. Thankfully, this one is still available. The Batman: Animated Series 8x LP Box Set – Volume 2 is available for $200. Pricey, yes, but seemingly worth it for the B:TAS collector and music aficionado. The box set features 8 vinyl records with remastered scores from episodes of B:TAS packaged in more Phantom City Creative brilliance.

You have to see these: 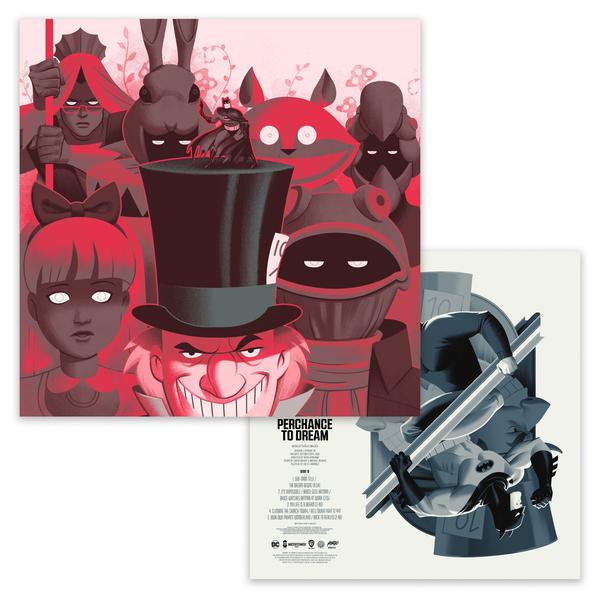 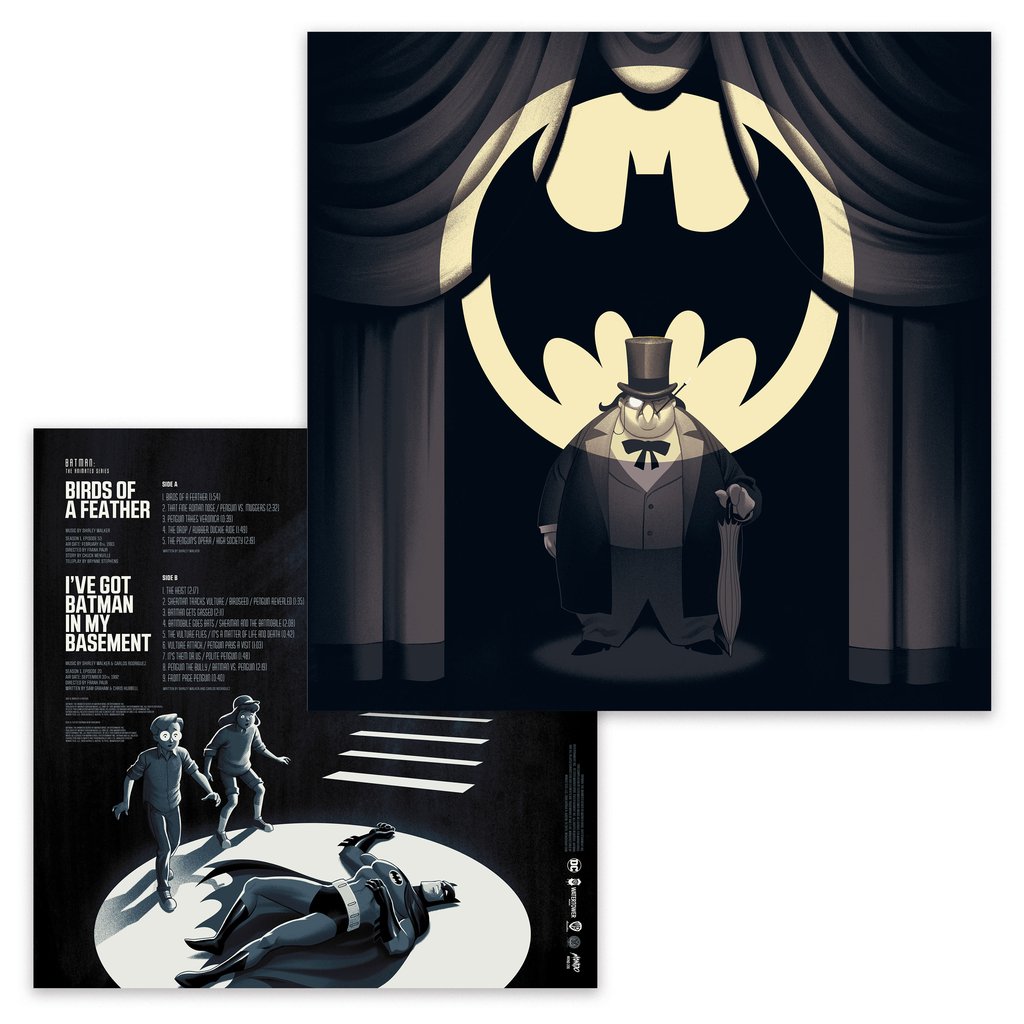 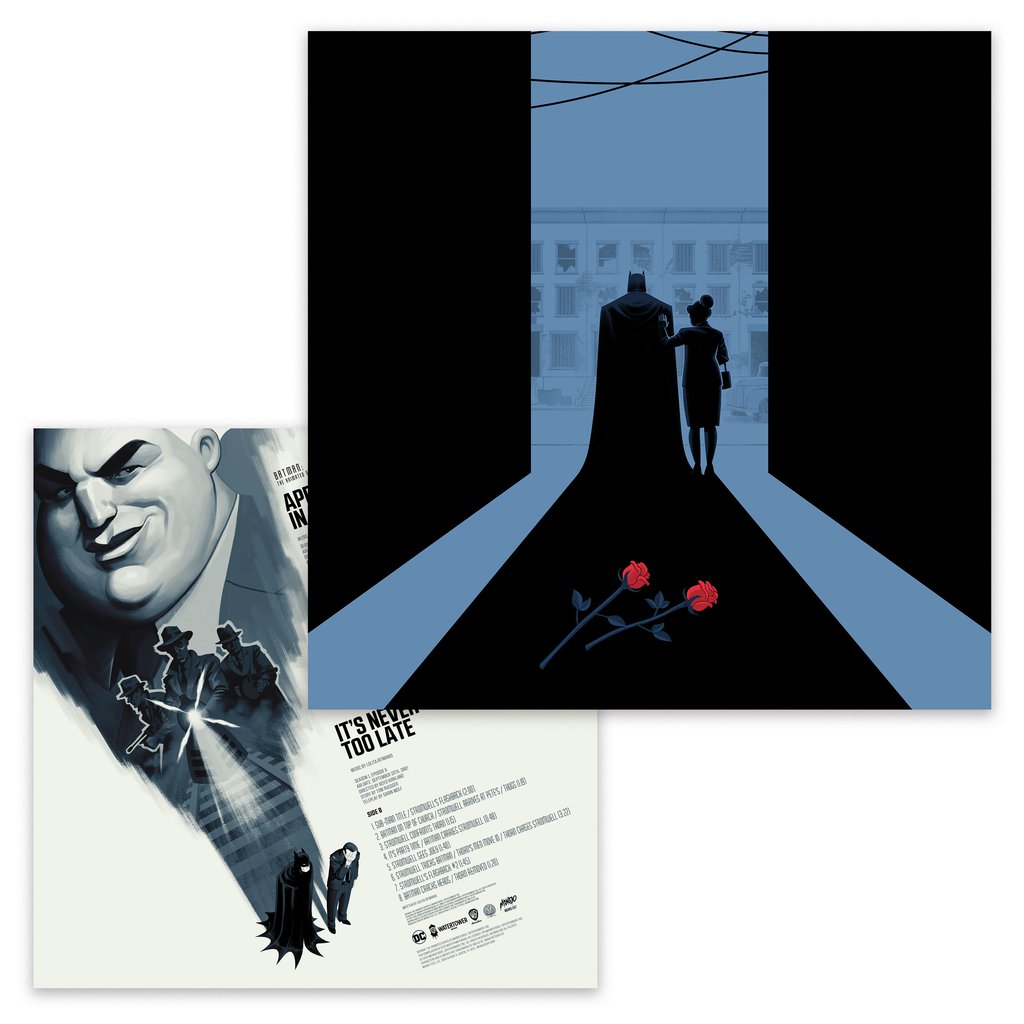 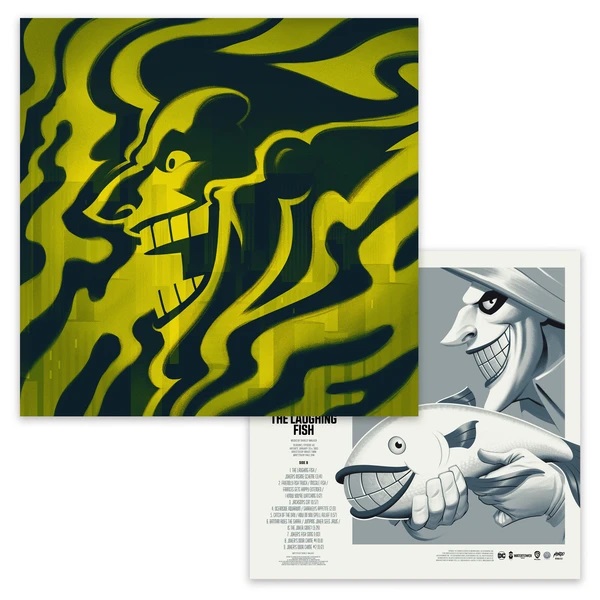 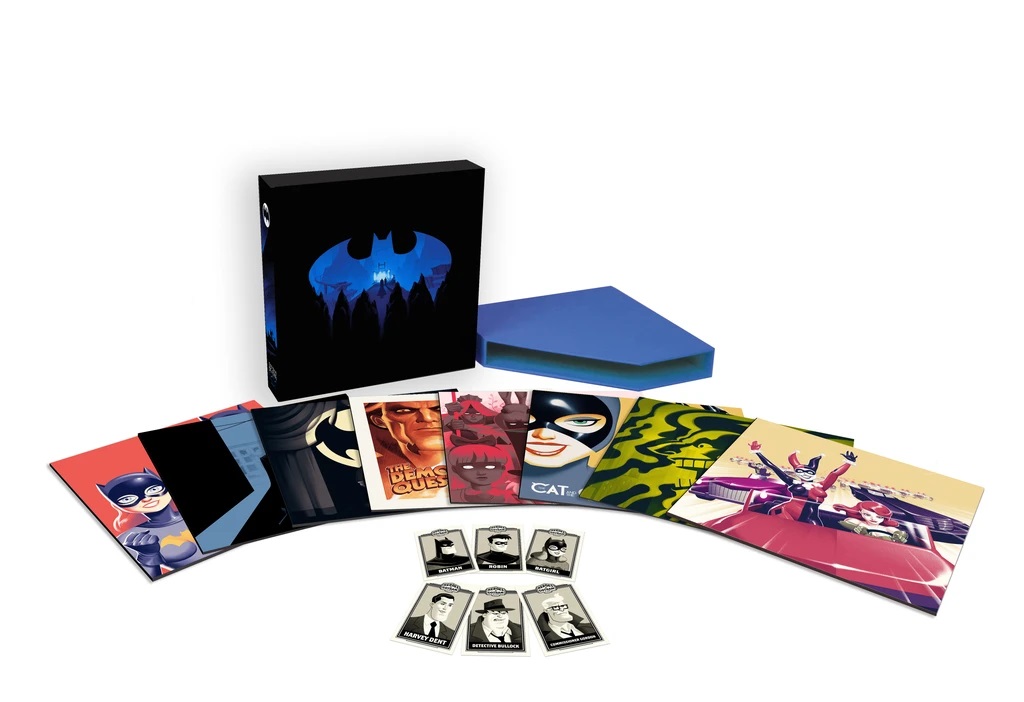 I’m having so much trouble resisting. Like, I’m honestly in so much anguish about whether I can justify this purchase. Y U DO DIS, MONDO?! I suppose, it’s their job to tempt geeks like me, right?

Check out the rest of Mondo’s Comic-Con exclusives here.