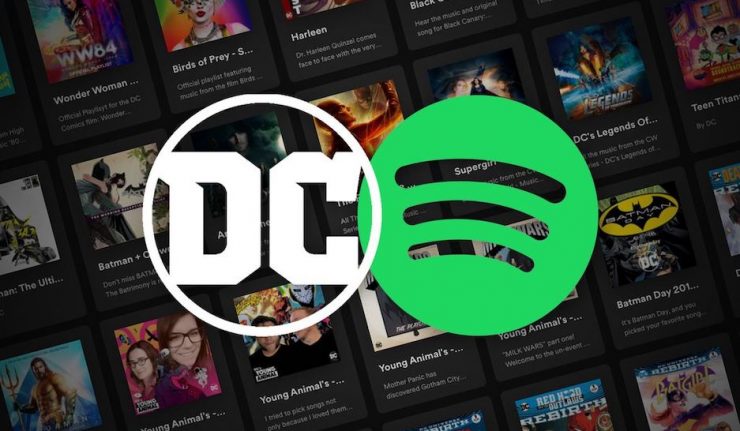 In an effort to add to its podcast business, Spotify have made a multiyear deal with Warner Bros. and DC Entertainment, to produce and distribute narrative scripted podcasts. These shows will be exclusive to Spotify for a period of time before being allowed on other services.

This means that Spotify will have the rights to brand new audio adventures based in the DC Universe, with all the heroes and villains included; such as Batman, the Joker, Superman and Lex Luthor. These shows, however, will not tie into any existing DC movies or shows, such as the upcoming Wonder Woman 1984. They’ll be original stories, or possibly comic-book adaptations.

The deal with WB also gives Spotify the rights to podcasts based on the Looney Tunes, and WB produced television such as Supernatural.

For a long time Apple has held the crown as the go-to service for podcasts, but, Spotify has been aggressive in 2020 in trying to take a piece of the pie. In February, they bought Bill Simmons’ The Ringer, and the wide range of sports and pop culture podcasts his website produces. This spring, they bought arguably the biggest and most popular podcast in The Joe Rogan Experience.

In a statement, Spotify’s Chief Content and Advertising Business Officer Dawn Ostroff had this to say:

As we continue to see explosive growth in podcasting around the world, we are thrilled to partner with Warner Bros. to build this slate of programming drawn from the worlds of DC and WB.

Warner Bros. has been synonymous with compelling and unforgettable storytelling for nearly a century, and we’re continuing to expand that legacy across all types of media platforms from our fans…we’re excited to bring beloved characters and franchises from DC and Warner Bros. into this new world and to use out storytelling prowess to redefine what’s possible in the scripted audio space.

From Radio To TV Back To Radio

Will you be checking out these DC and WB audio adventures on Spotify? Let us know!