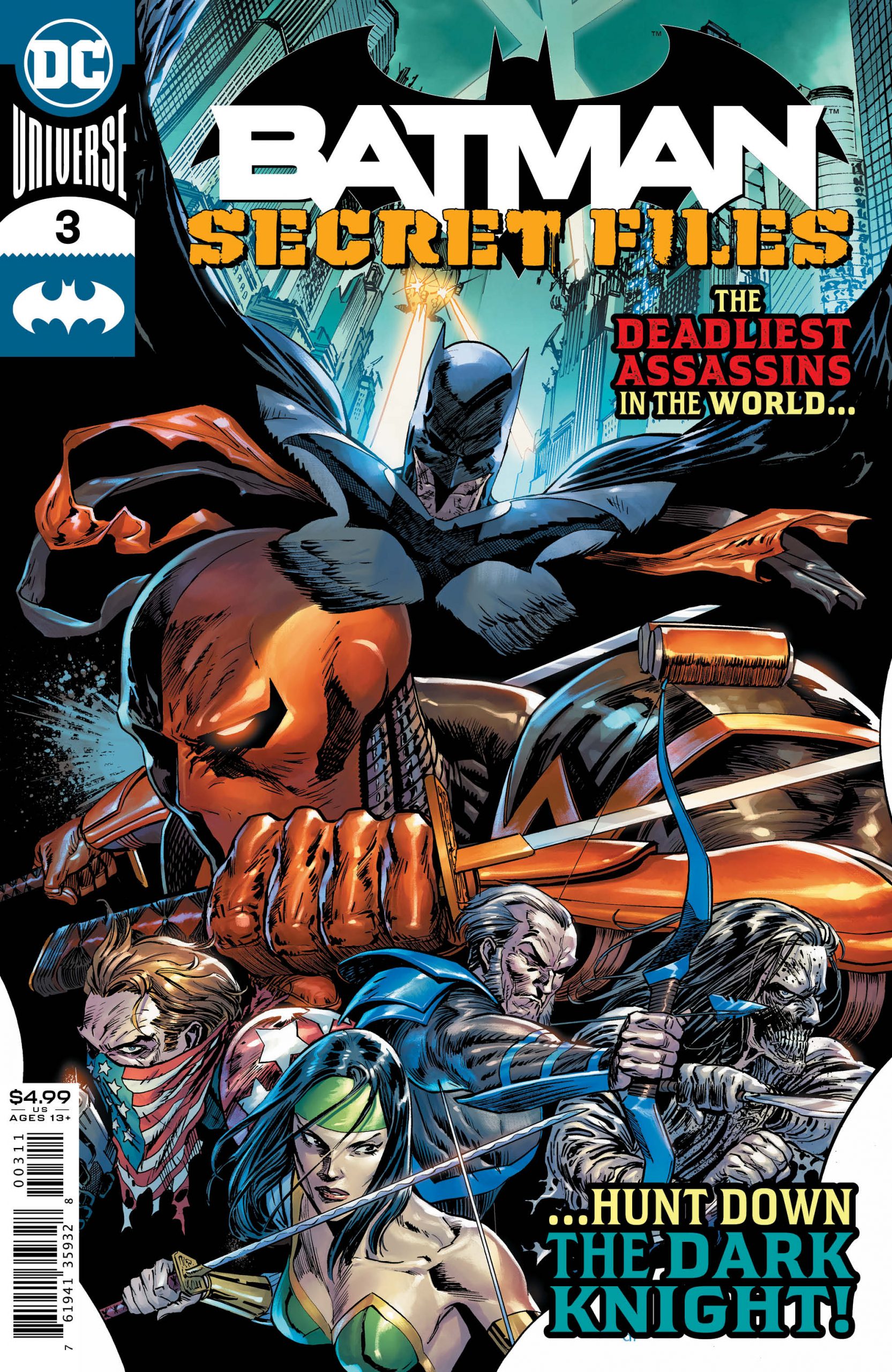 Batman Secret Files #3 has hit the shelves, and it’s filled with Batman to the max! This anthology is a bang-up job created by 5 sets of great artists and writers. This issue delves into the origins and motivations behind the cabal of assassins who have come to Gotham to stop Batman from enacting his plans to save the city. We get a notable list of favorite Gotham villains; including Deathstroke, Cheshire, Merlyn, and the novel challenges of Mr. Teeth and Gunsmith.

The art is stunning and bold, the action scenes demonstrate motion. James Tynion IV (Batman) has been writing for DC Comics for years, and his style rarely fail to impress. The notable appearance of Dr. Leslie Thompkins is always a treat, as we don’t often see the big bat so vulnerable. I find it amusing that she medically treats Bruce Wayne with his cowl on.

Even though there are several villains, this series doesn’t let us down with Batman’s supporting friends, as Green Arrow makes a welcome appearance too. 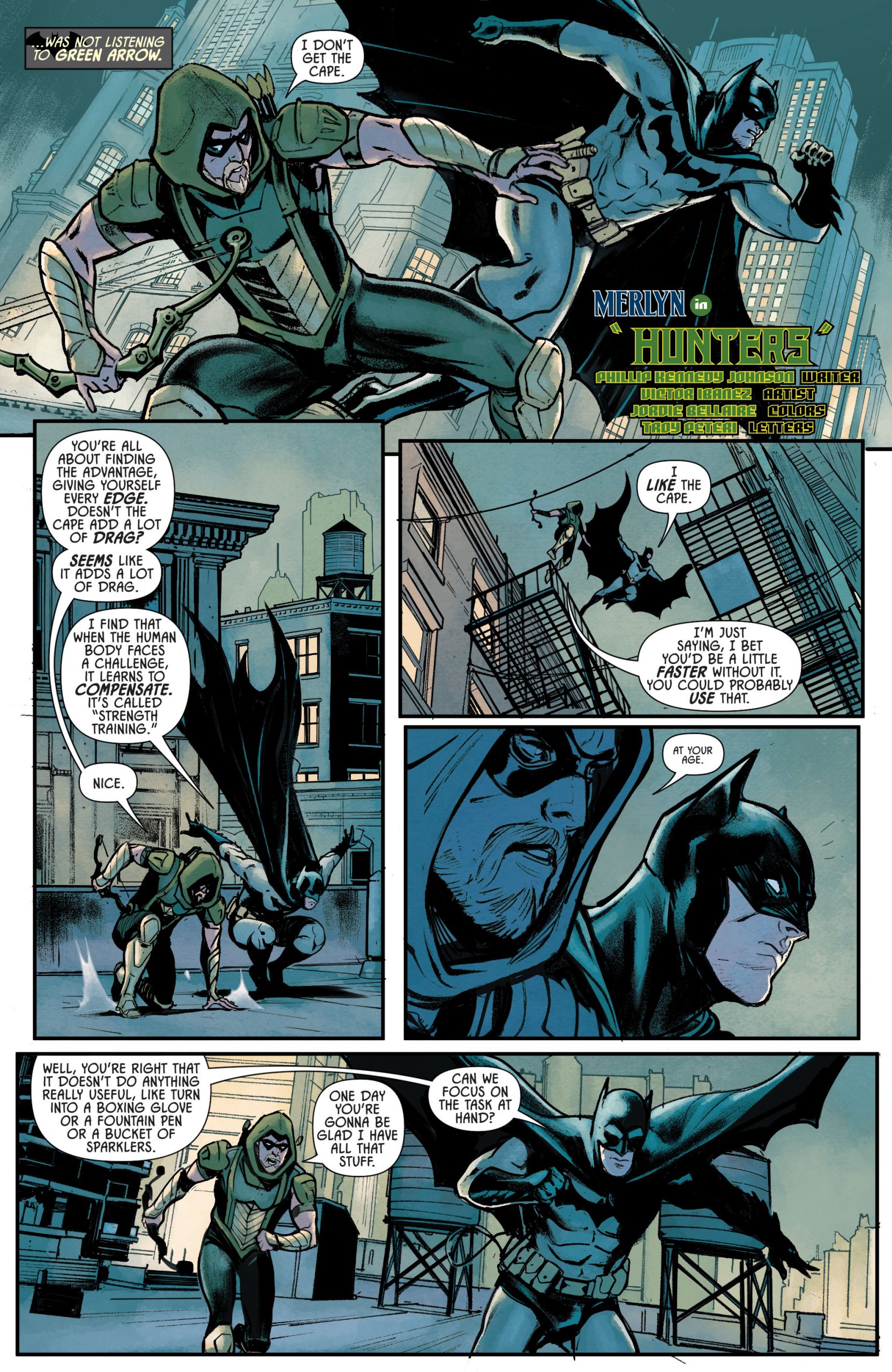 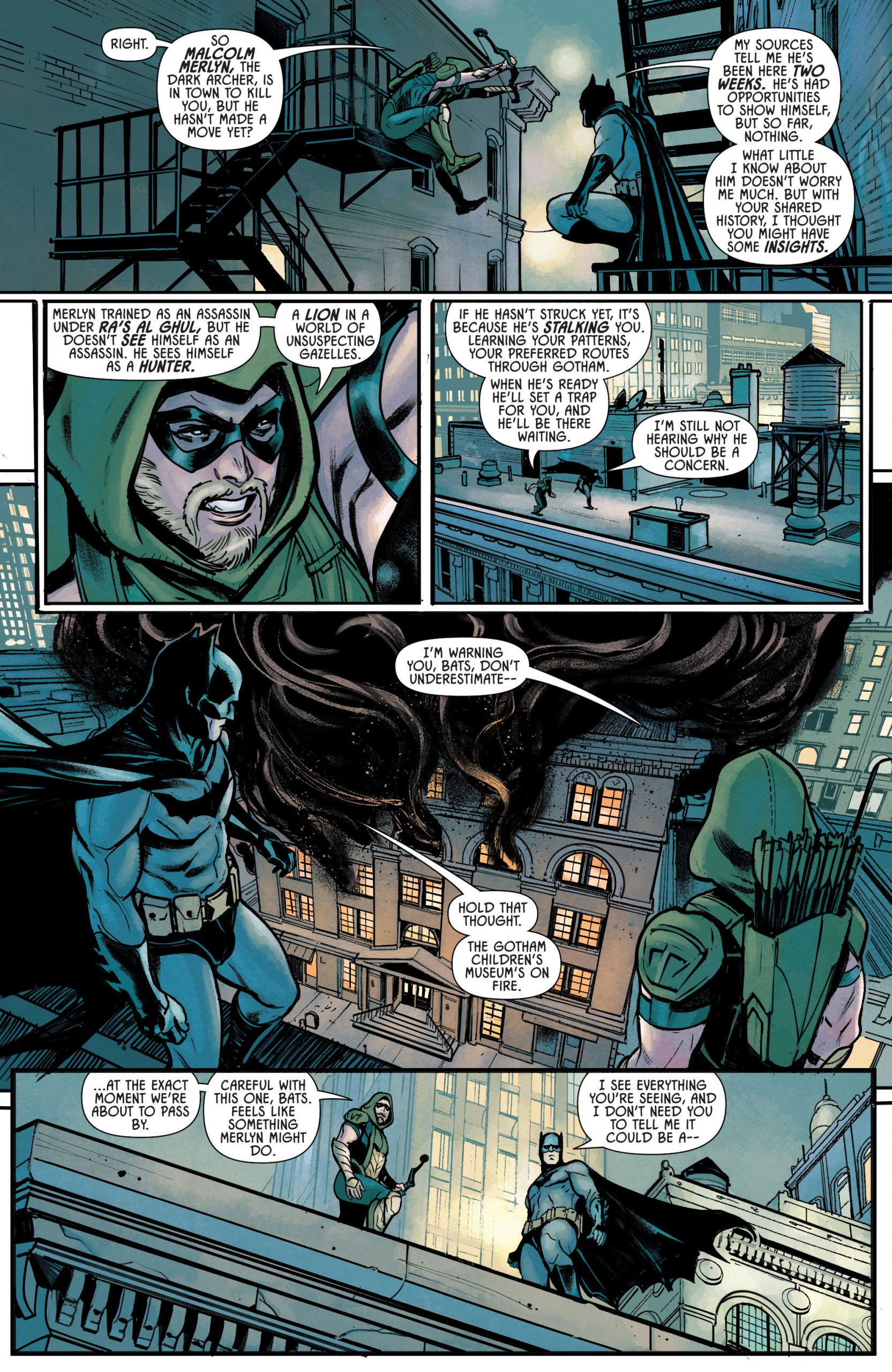 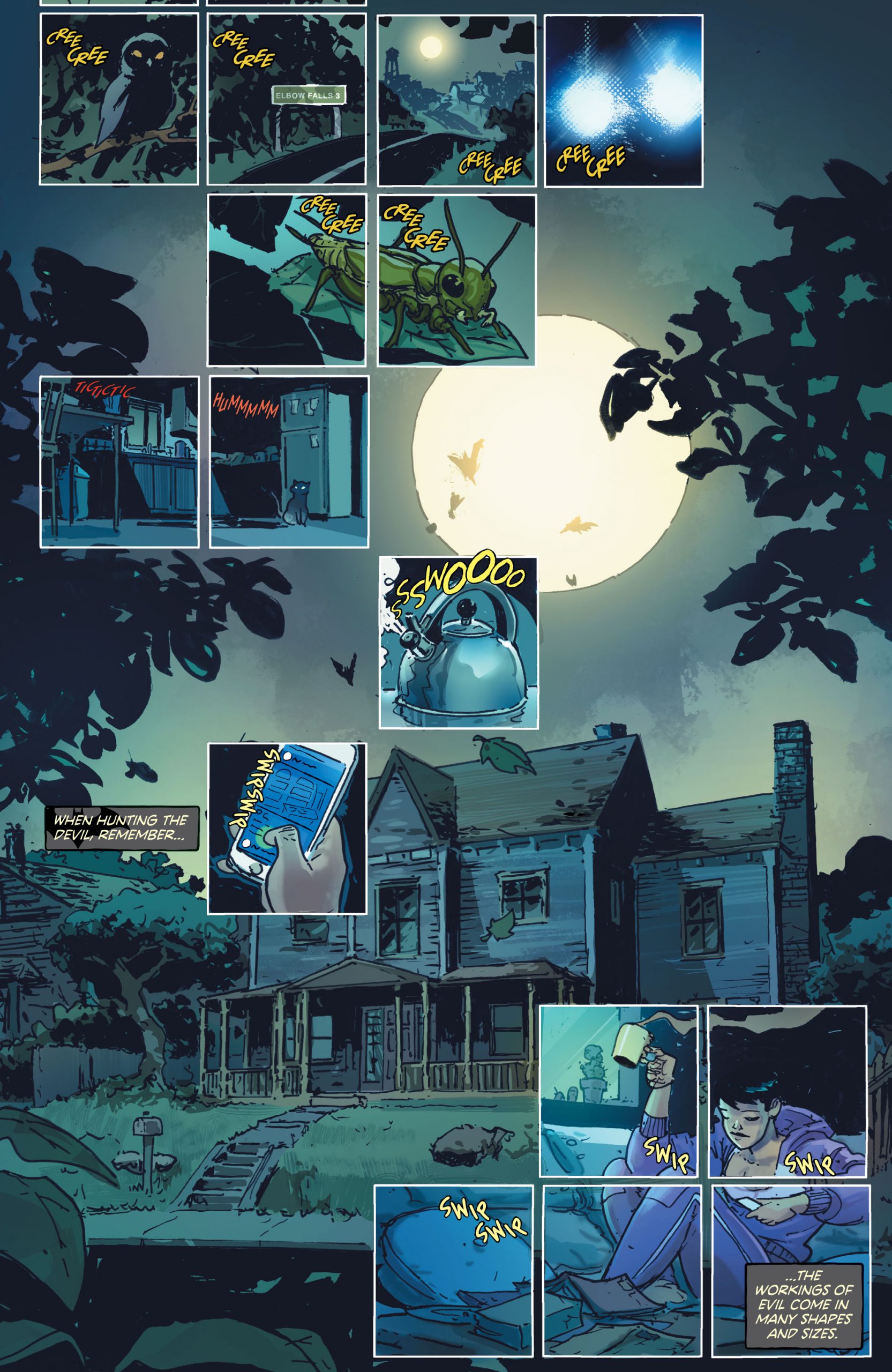 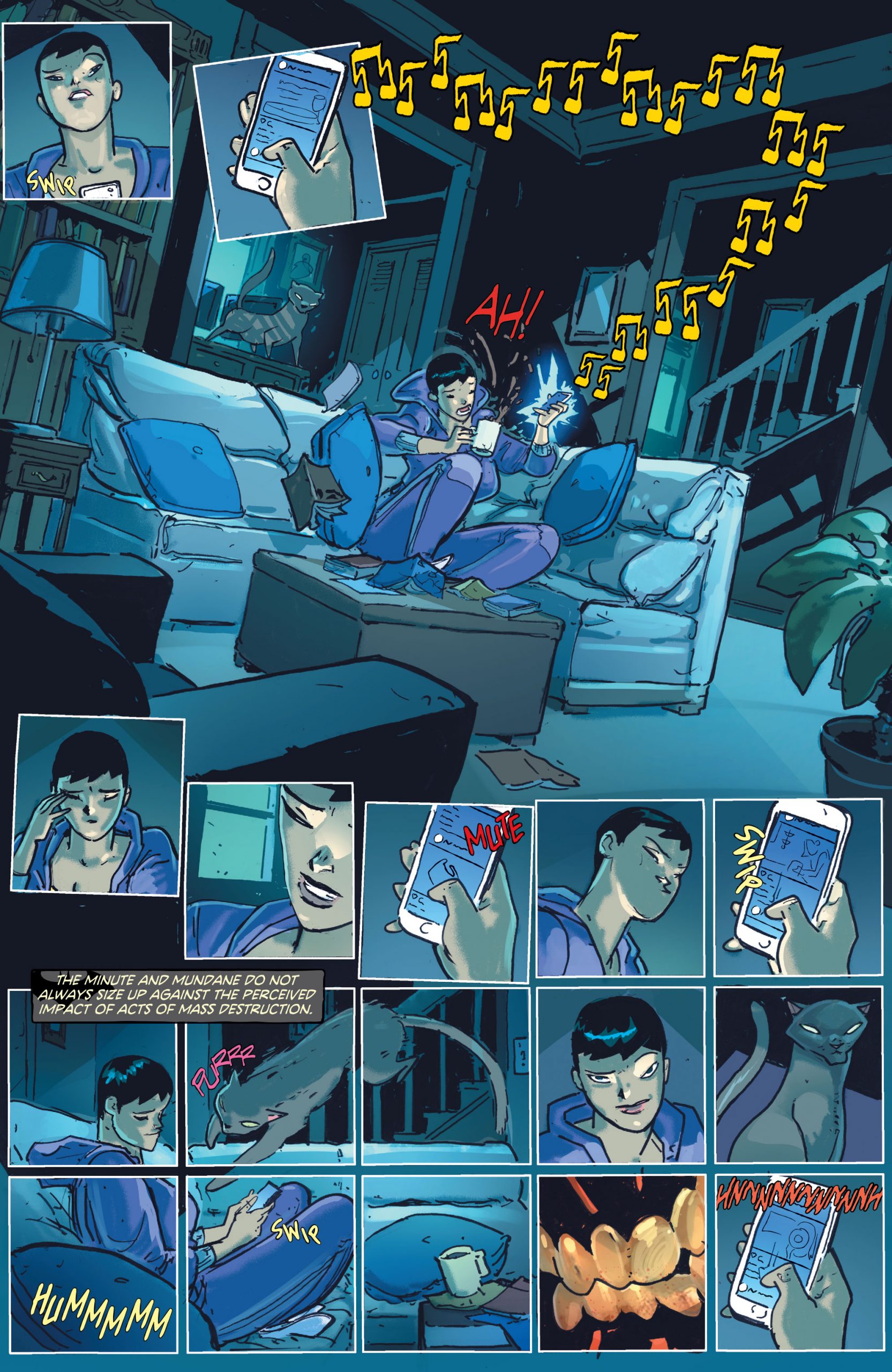 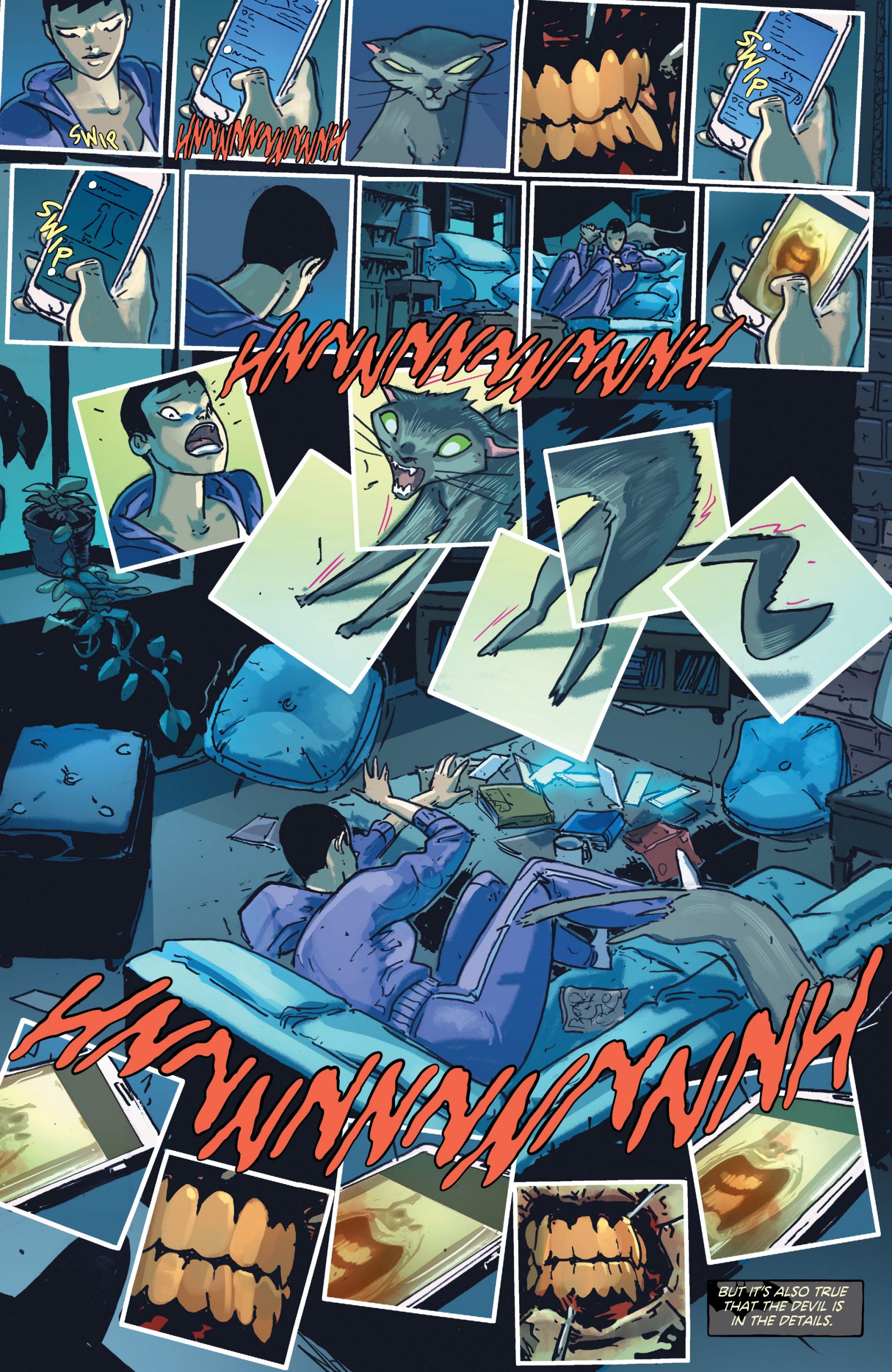 Each tale is more harrowing than the last, and they all represent the dark knight failing in some way. The creative team does a good job carrying on the theme throughout the stories. Batman laments one of his greatest flaws, which has followed him through Jason Todd (Red Hood), Barbara Gordon (Batgirl/Oracle), Damian Wayne, and constantly endangers all his loved ones. That flaw is trusting that all villains can change. The corrupt frequently stay corrupted, however, and Batman’s hope to save these broken characters keeps begetting tragedies. It’s great and interesting that this issue brings his own self-reflection into this.

Batman: The best devils are careful and deliberate…

There are some chilling rescues that are beautifully and tragically depicted on these pages, and the issue packs a lot of emotion.

Batman Secret Files #3 gives readers an insight into our Dark Knight, and a behind the scenes look at his daily work in Gotham. The city would not do well without him. If you’re a fan of great action, a fair bit of drama, and classic Bat-Wayne brooding – like I am – then you’ll find this a spectacular read.

The action sequence between Batman and Deathstroke is like something out of a blockbuster movie, as well as a classic case of sharing analysis… while beating the heck out of each other. To keep your mind off the news and have a week filled with Batman, this is a 10/10 win.

Wickedly excited to see the next book in this series, and who the man in the cape and cowl will have a heart-to-heart with next!