As we reported yesterday, DC Comics will be releasing several milestone titles in June. One of the most eagerly anticipated is the Joker 80th Anniversary Super Spectacular, and – just to add fuel to the fire – we have received a press release with details on some of the stories, along with SIX PAGES of unlettered preview art!

On June 9, some of the most talented names in comic books will gather together to pay tribute to the Clown Prince of Crime in a special 100-page must-have collector’s item. And DC wants to give you a first look at some of the stories that will make up this landmark issue.

“WHAT COMES AT THE END OF A JOKE?”

Spinning out of the pages of his best-selling run on Batman, series writer James Tynion IV tells the origin story of the sensational new character Punchline! With stellar art from the acclaimed art team of Mikel Janín and Jordie Bellaire. 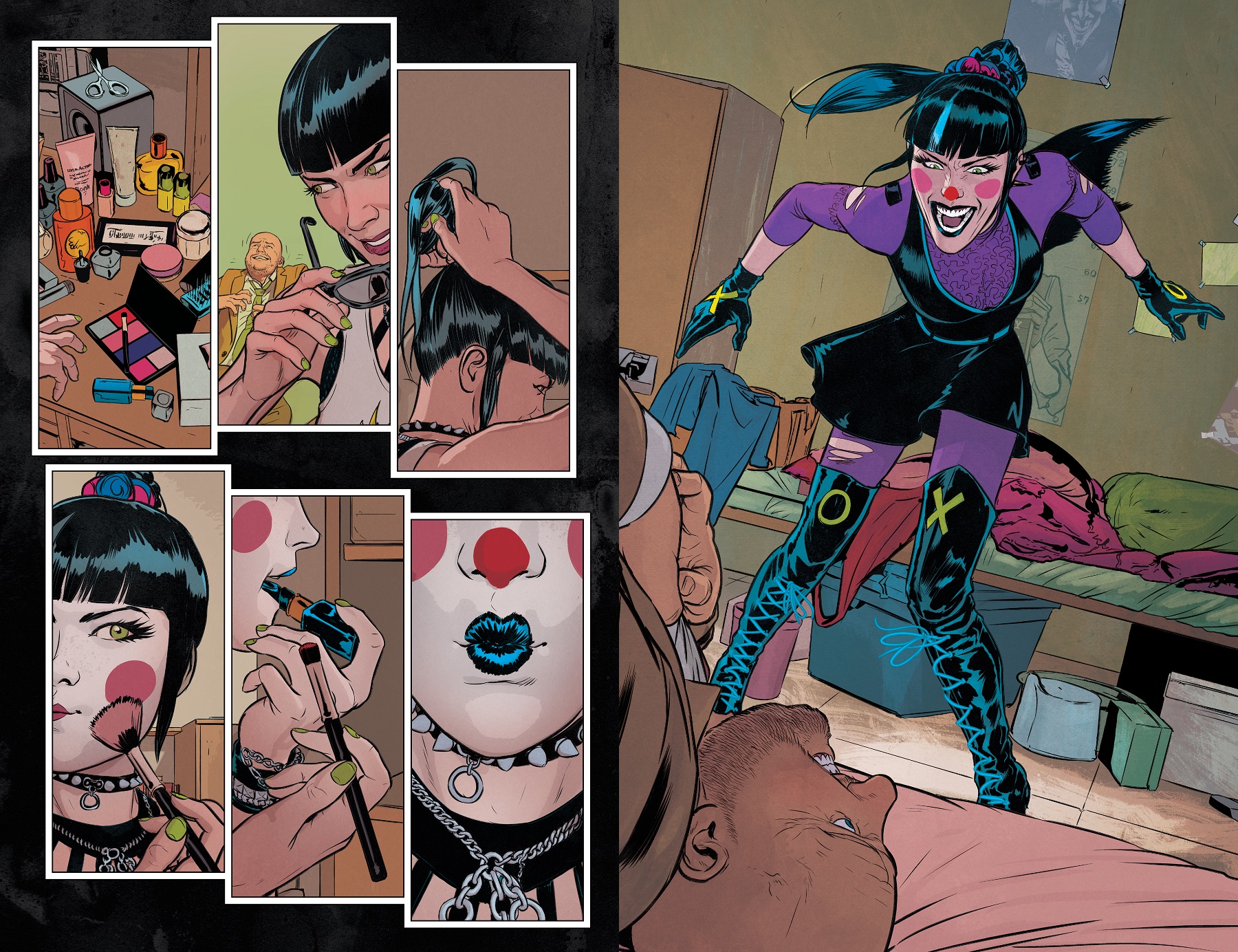 The Joker turns birthday clown in this tale by Tom Taylor and Eduardo Risso. When The Joker goes to the home of an accomplice that did him wrong, he finds the man’s young son sitting alone picking apart bugs on his stoop. The boy assumes that the Joker is the clown for his birthday party and tells him that no one is coming. The Joker finds this unacceptable and goes around the neighborhood, “convincing” families to attend the birthday party and make it the best day he’s ever had. As for the boy’s father, he’s in for the worst moment of his life! 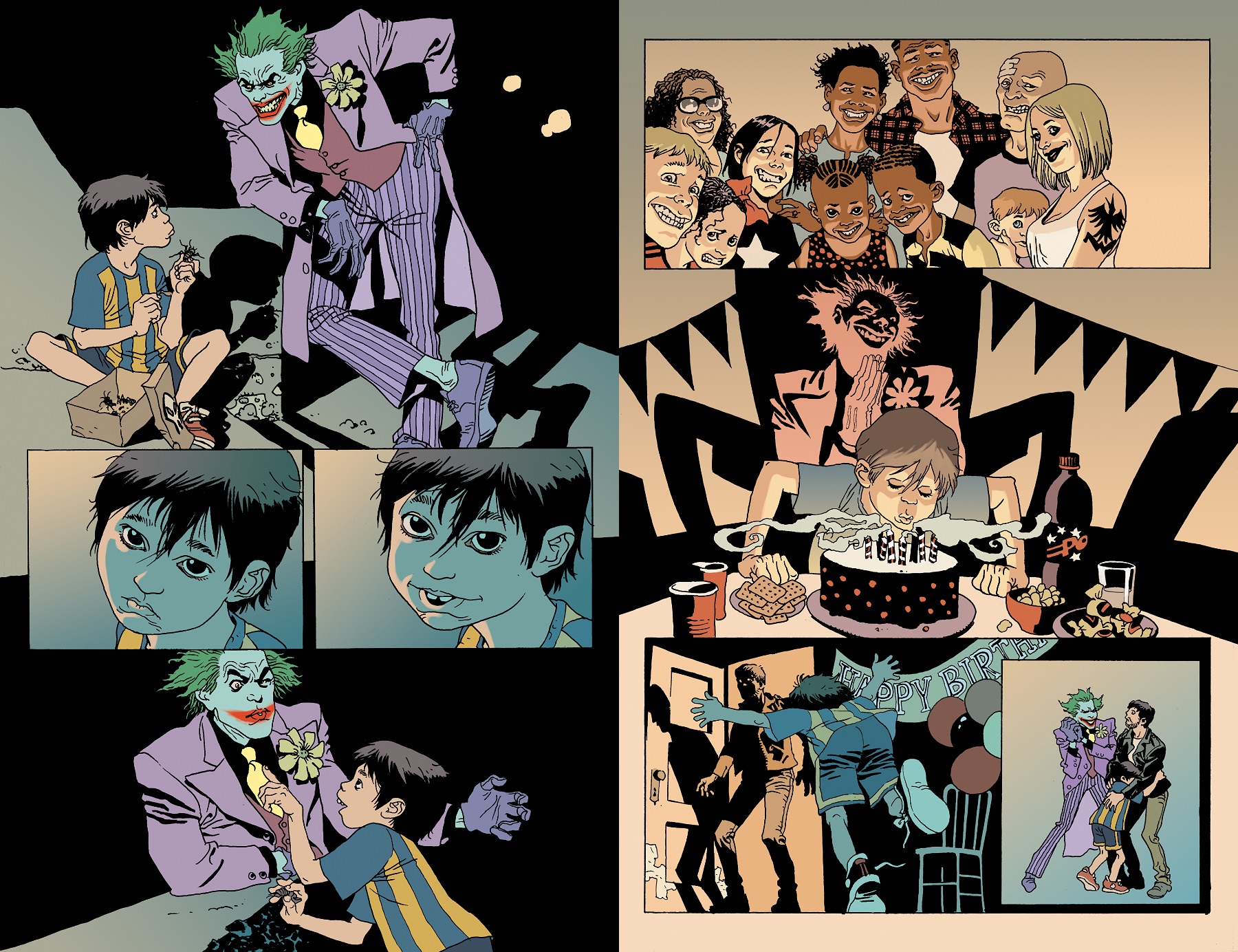 In a story set in a not-so-distant future the Joker has finally made his dream come true of killing the Batman and we see the all the DC universe in mourning. But this act doesn’t provide the catharsis the Joker thought it would…he needs an encore…something at Batman’s public memorial perhaps? Written by acclaimed screenwriter Gary Whitta, popular writer/podcaster Greg Miller and rising star comic artist Dan Mora. 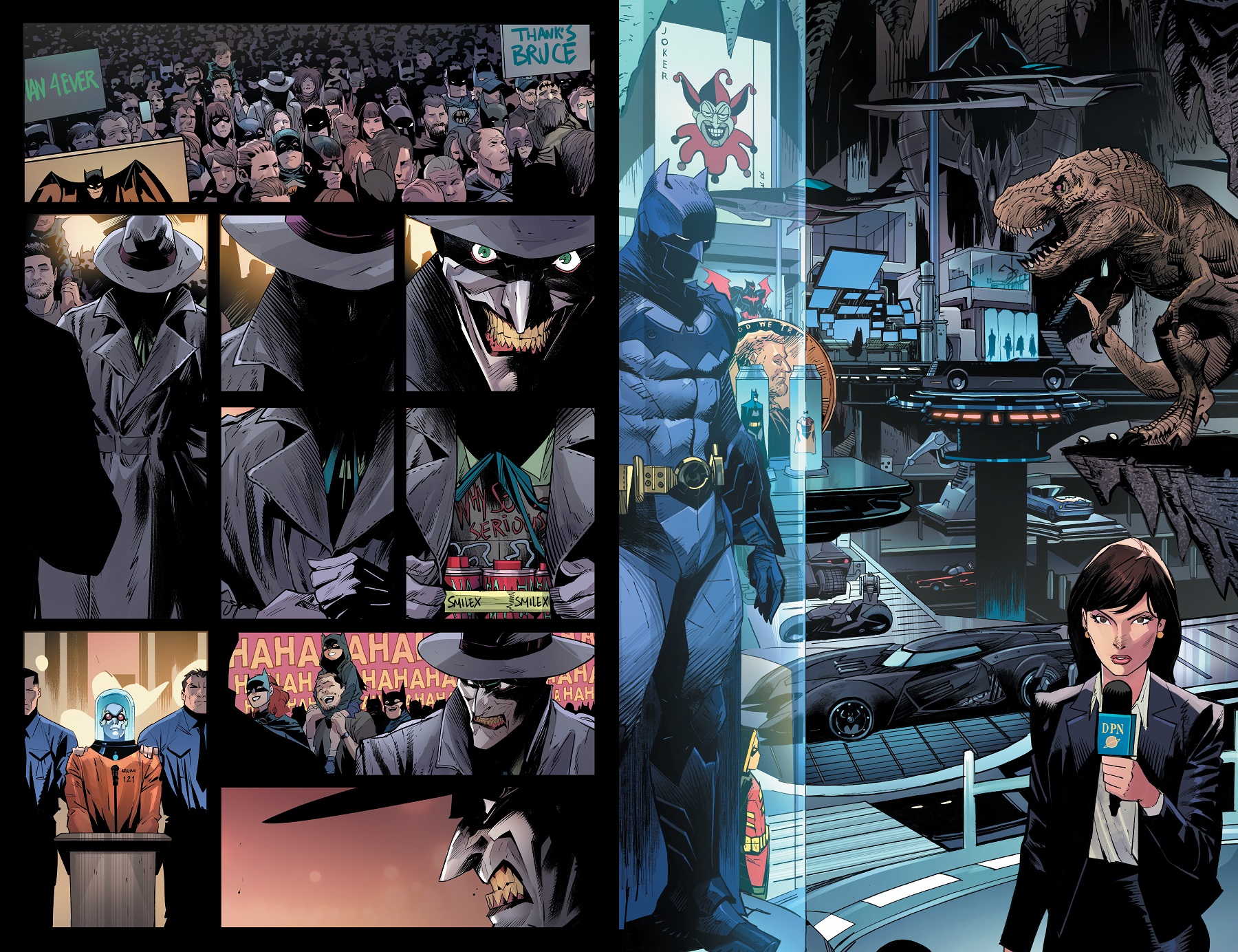 This is a must-have one-shot for any fan of The Joker; this 100-page tribute also includes stories from fan-favorite creators such as Scott Snyder and JOCK (The Batman Who Laughs, Batman: The Black Mirror), Denny O’Neil (Batman) and Jose Luis Garcia-Lopez, Paul Dini, Brian Azzarello and Lee Bermejo (Joker), Tony S. Daniel (Batman) and more. The comic book also features a gallery of covers spotlighting key moments in The Joker’s history, along with a gallery of tribute from renowned comic artists such as Kelley Jones, Ivan Reis, Fiona Staples, John Romita Jr. and others. For the ultimate collector, eight variant covers will be available (check stores for details) celebrating eighty years of the Harlequin of Hate.

The Joker 80th Anniversary 100-Page Super Spectacular will be available in open and operating comic book stores and participating digital platforms on Tuesday, June 9, 2020 for $9.99. To find the nearest open and operating store near you, check out DC’s Comic Shop Tracker at www.dccomics.com/comicshoptracker.