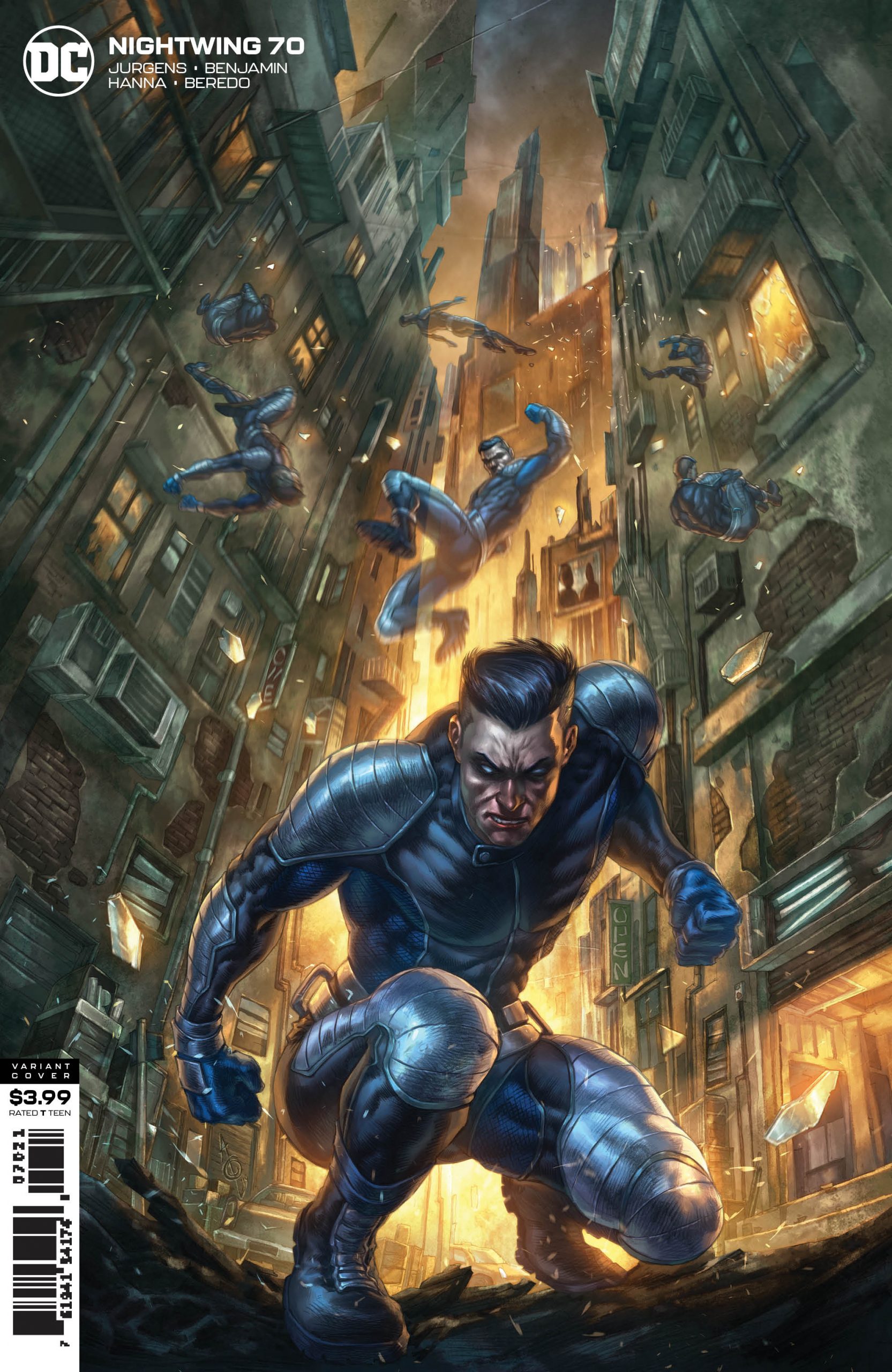 Nightwing #70 sees our hero returning to Bludhaven after witnessing the death of Dr. Haas; a woman he believed was his friend, and who had been helping him with his amnesia. The truth, though, was that she was a member of the Court of Owls, and the memory loss had been of their making from the start. Losing his identity and memories was all part of a plan designed to transform Nightwing into one of the Court’s merciless assassins, the Talons.

Now, as if a killer collective, conflicting memories and crippling headaches weren’t enough to contend with, the Joker is back on the scene and he’s not happy about all the fake Nightwings running around town. The fact that the Clown Prince of Crime is aware that Sapienza’s team isn’t the real deal is worrying enough, but what’s even more terrifying is that it seems the villain actually knows who the true Nightwing really is. 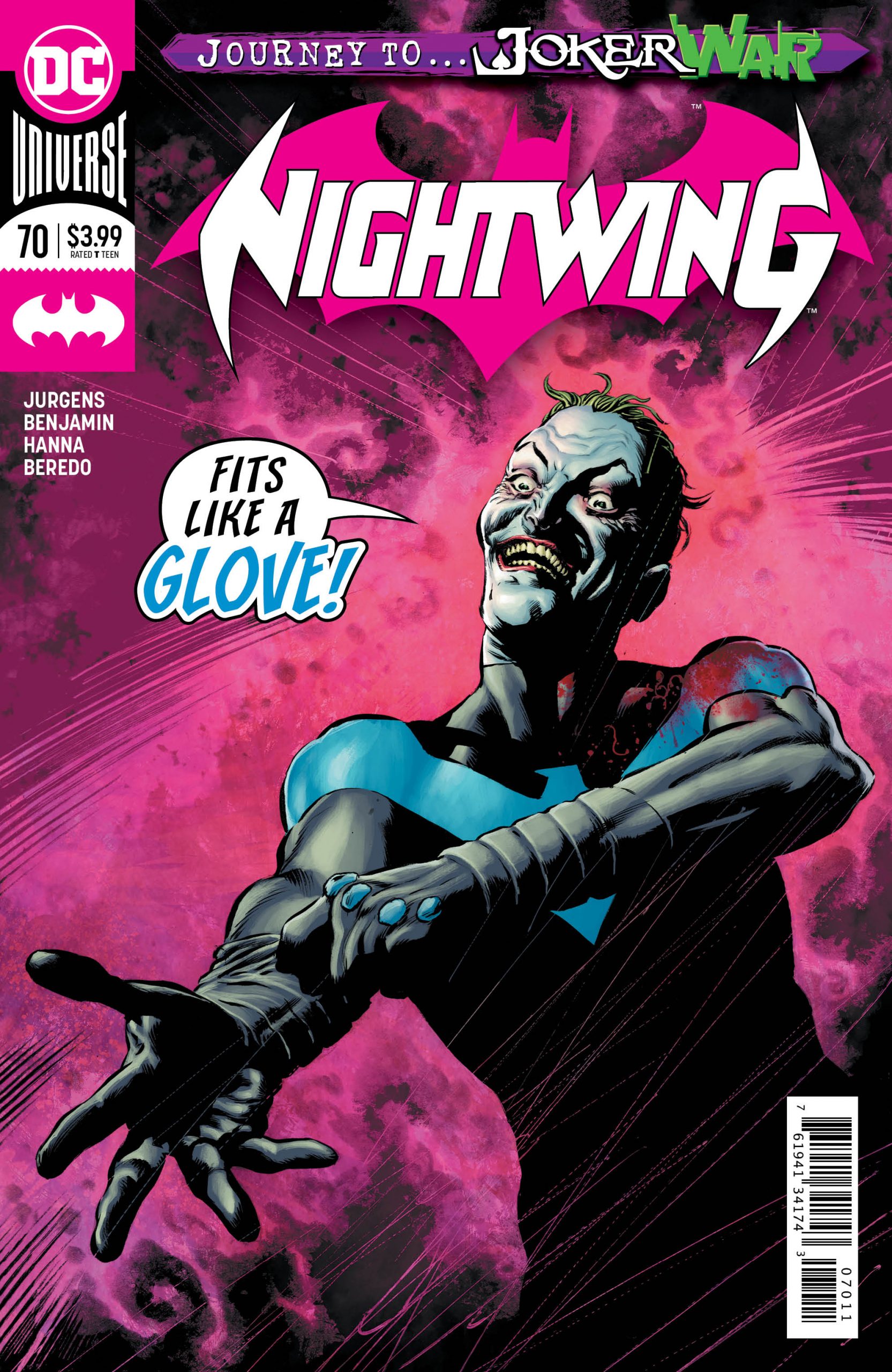 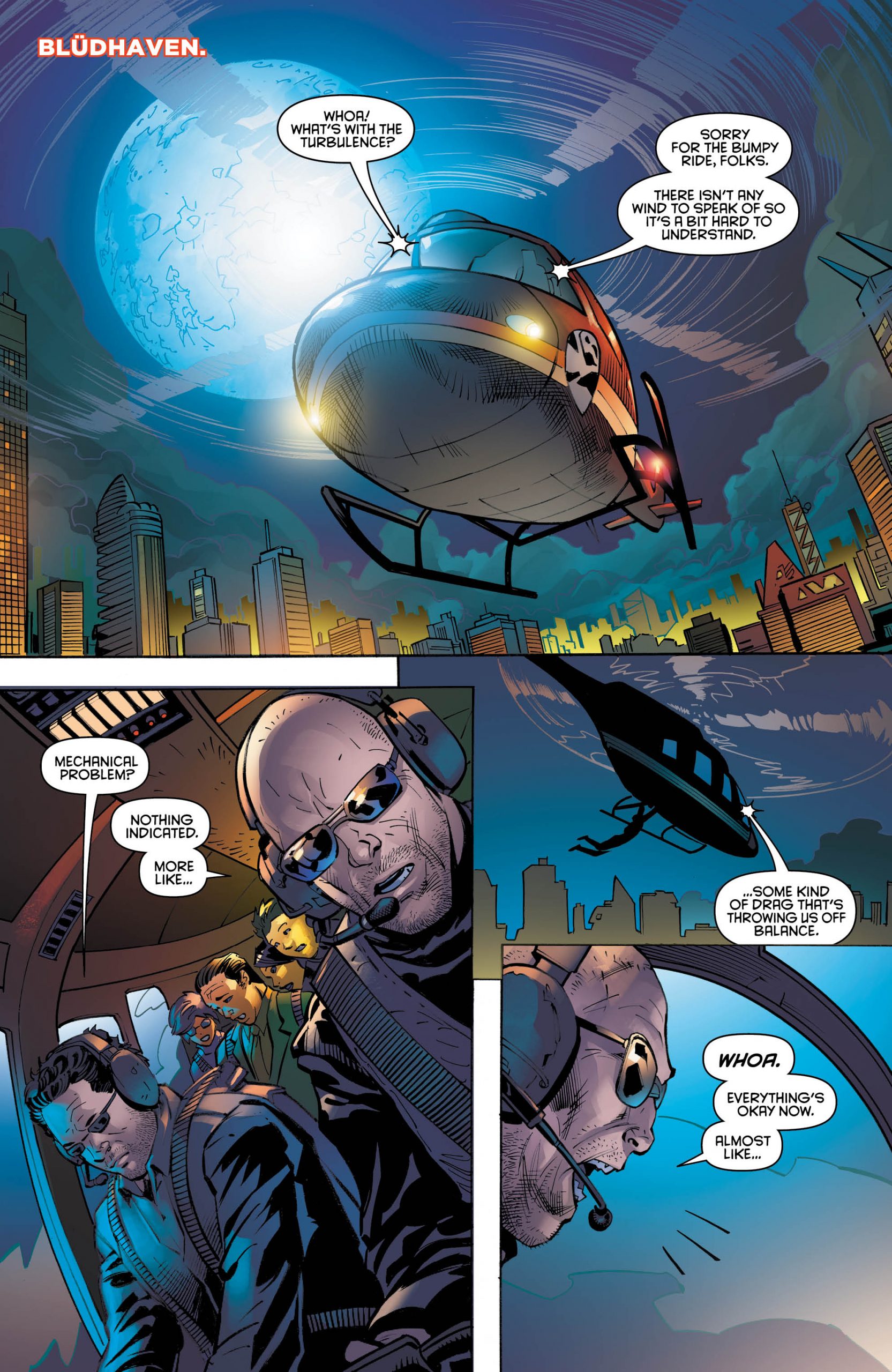 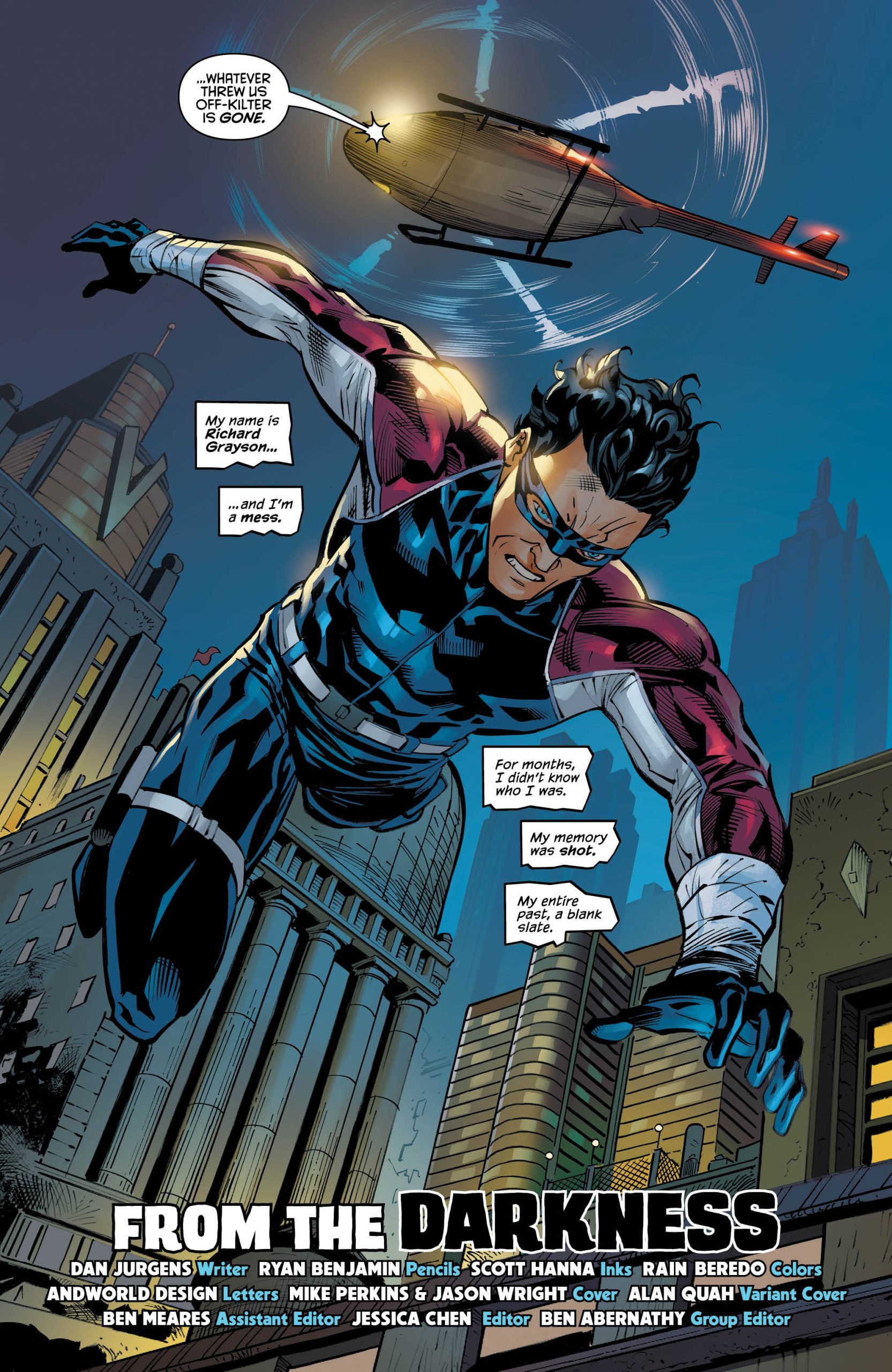 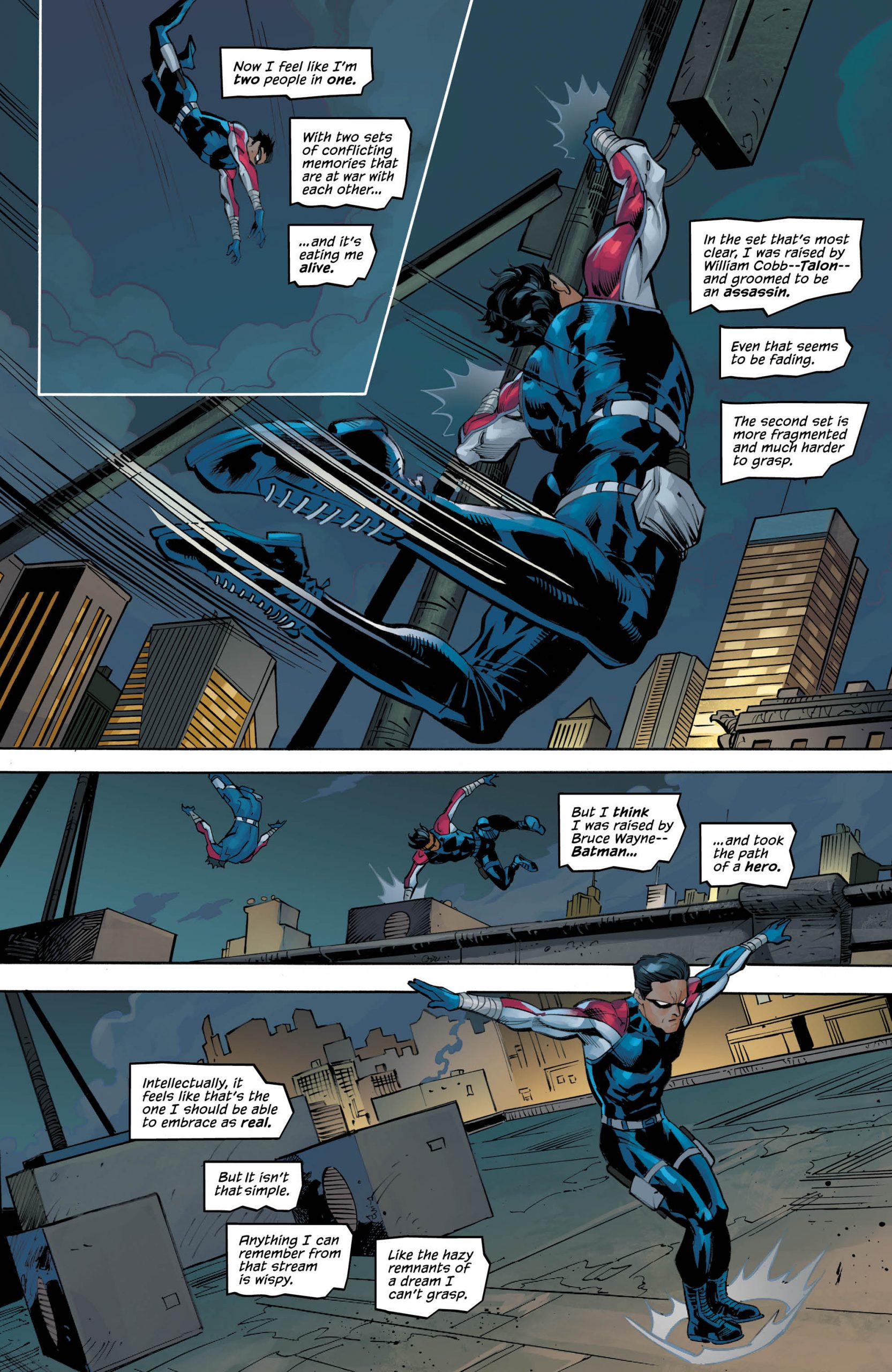 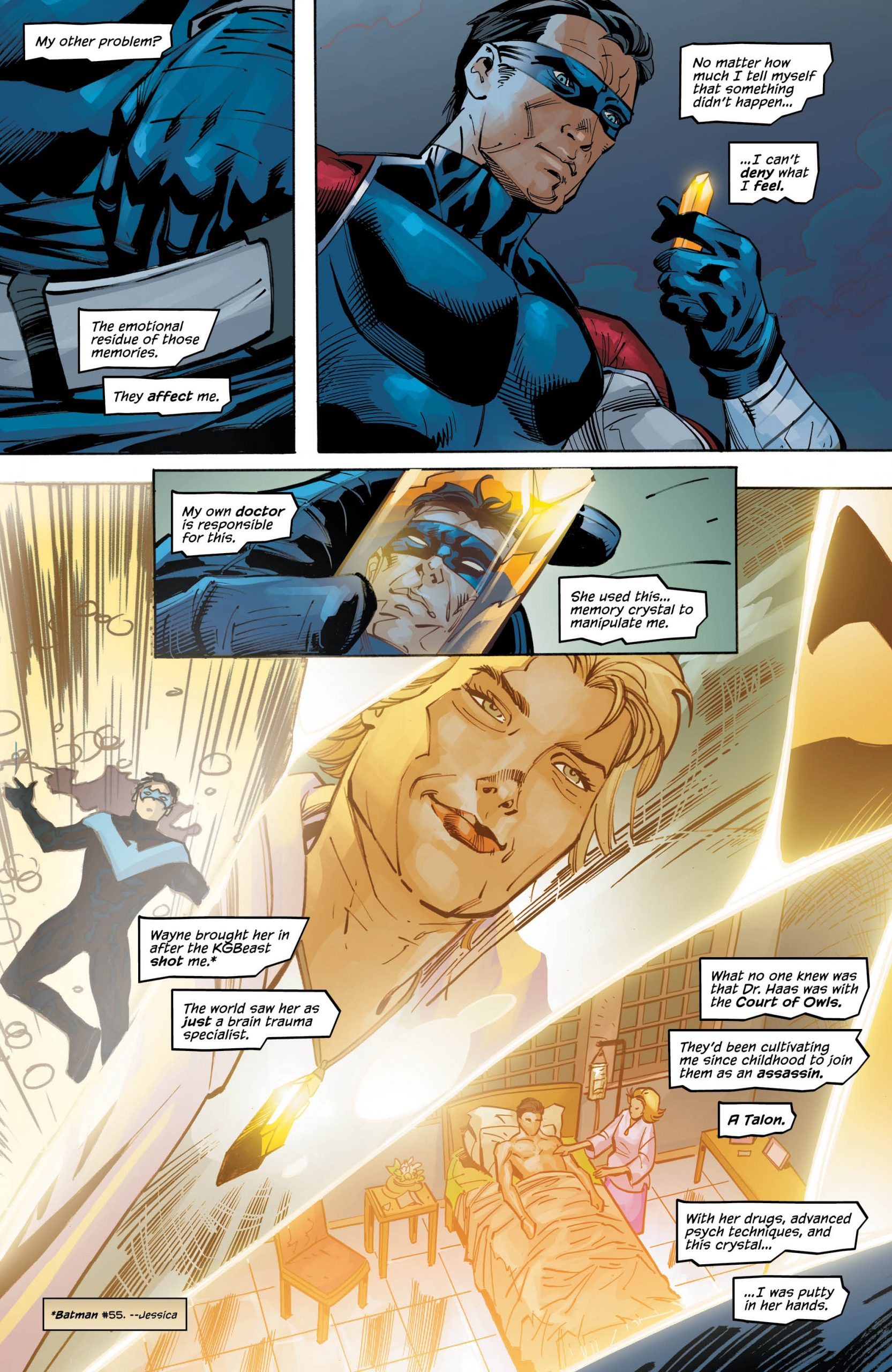 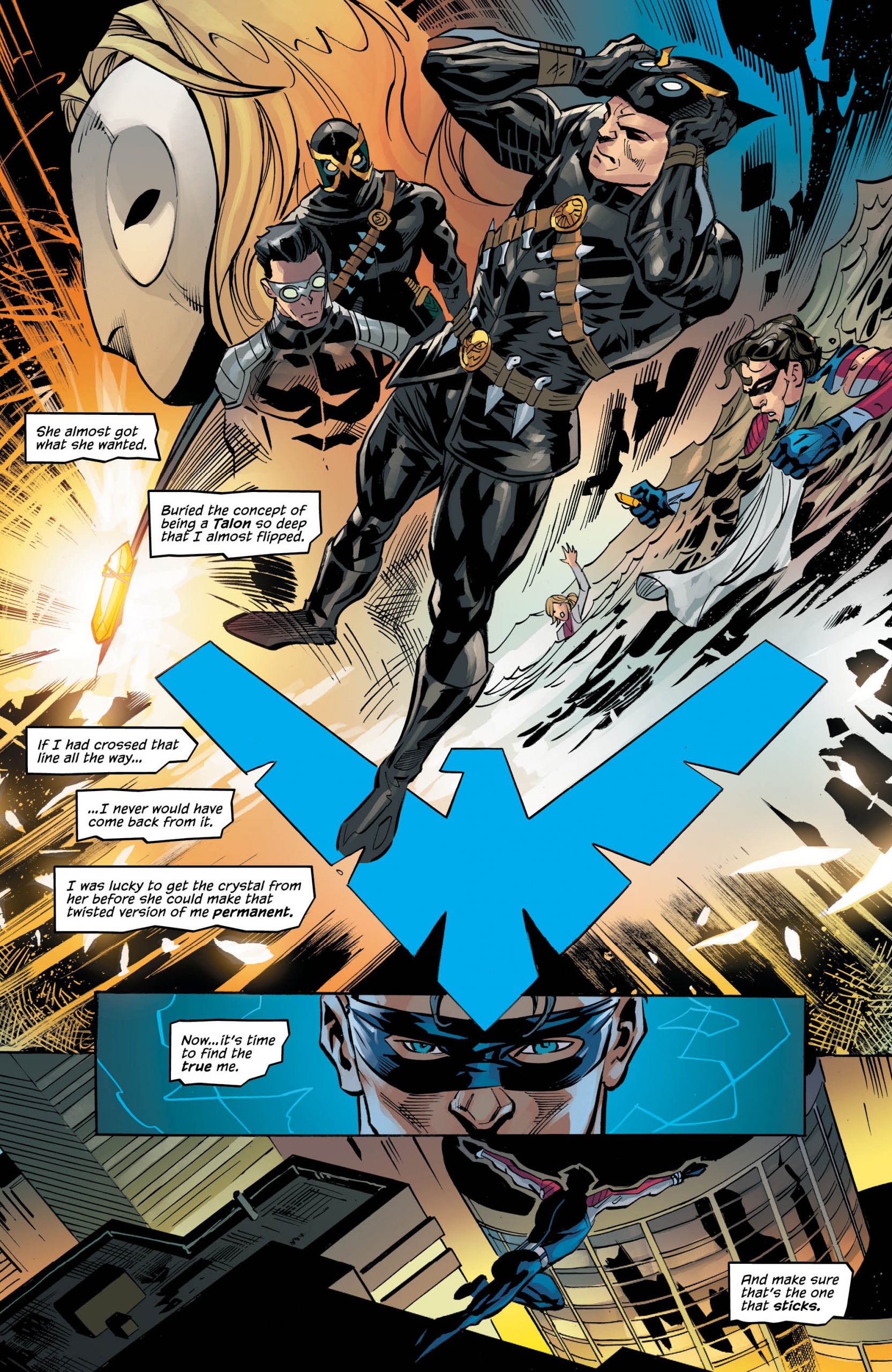 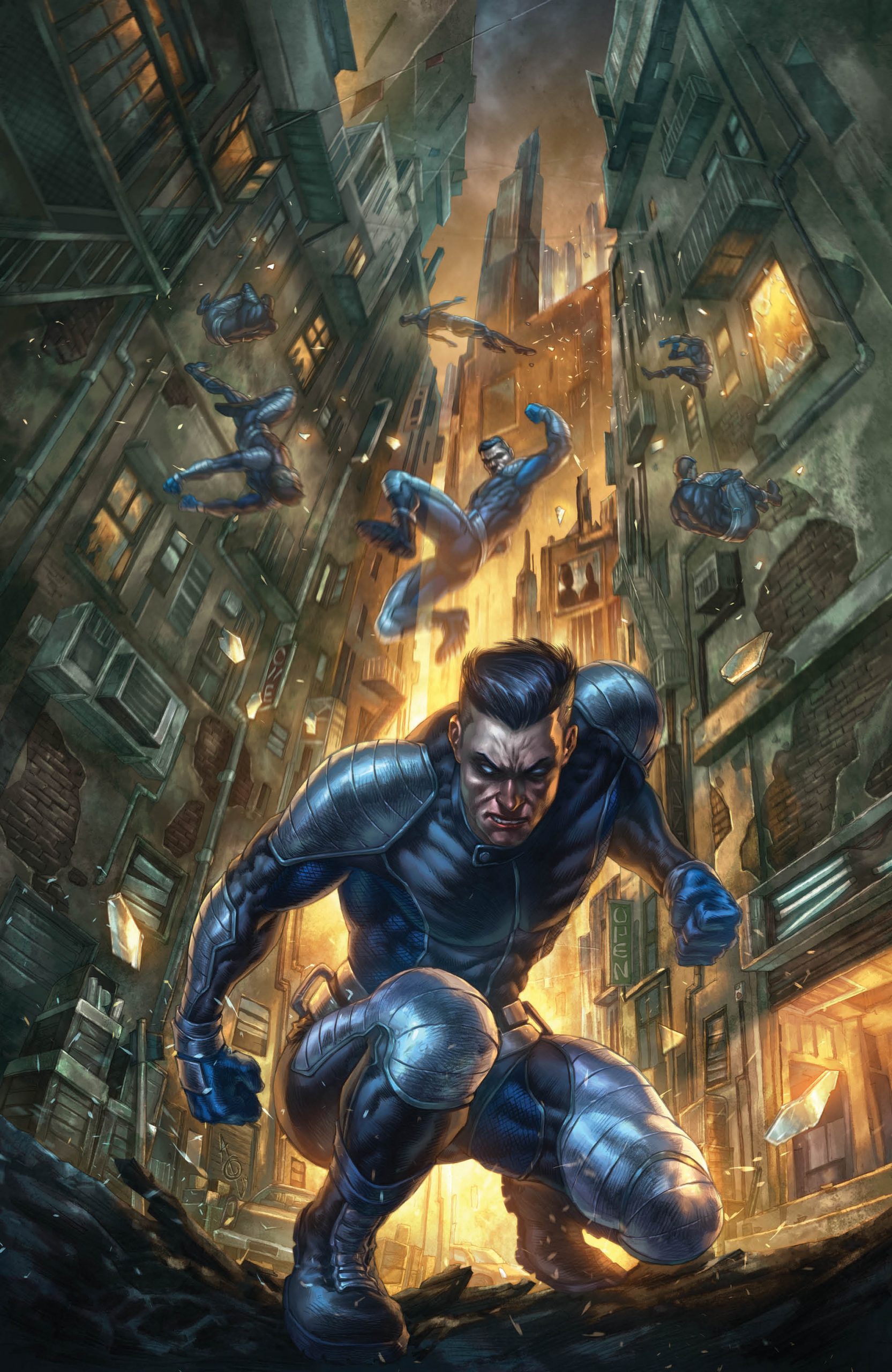 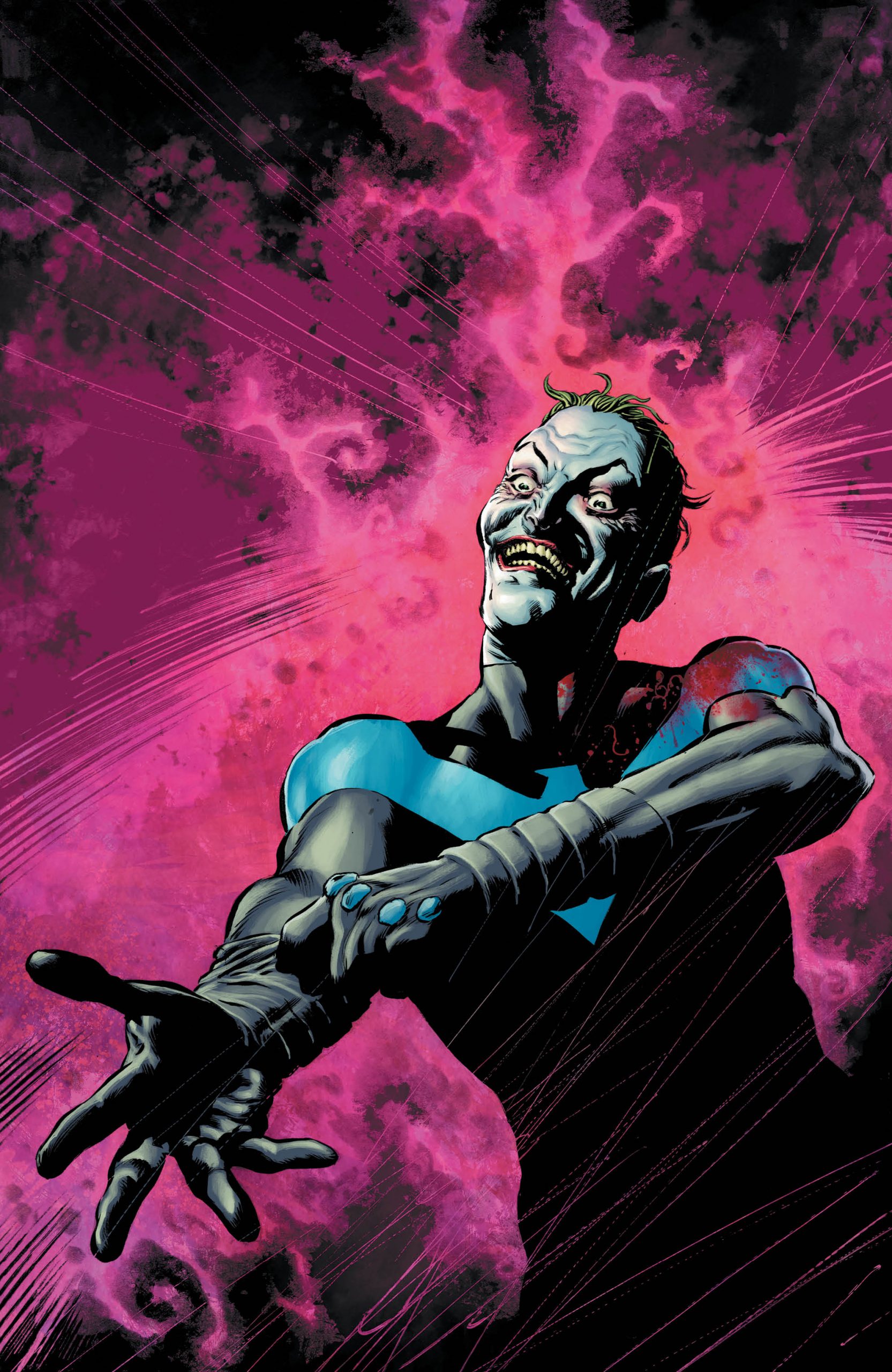 It’s All About The Benjamin

The art in this issue is by an old favorite, the brilliant Ryan Benjamin. He’s a great choice of artist for this title, as his style isn’t so different to Ronan Cliquet’s as to throw regular readers off-balance, and because he’s no stranger to the heroes of Gotham City; past, present and future. Ryan’s already drawn issues of Batman, Detective Comics, Teen Titans, chapters of Batman: Black Glove, The Resurrection of Ra’s Al Ghul and multiple issues of Batman Beyond.

Mr Benjamin’s work on Nightwing #70 is very good indeed. His version of all the existing characters fits perfectly with the looks set up by his predecessors, his backgrounds are very strong, and he also draws an excellent Joker. It’s great to have you in Bludhaven, Ryan!

I love Rainier Beredo’s colors! Check out the moonlight reflecting off the chopper on page one, the metallic glint of our hero’s cool new red and blue suit and the lovely, dream-like Dr. Haas flashback. Gorgeous.

AndWorld Design keep the quality consistent, too. I can really feel the heat when Joker finally comes face to face with Sapienza, and I believe that the detective can really smell what the Clown is cookin’.

The tension is building and I sense that we’re almost at boiling point. Nightwing’s path was irrevocably altered by the events of Batman #55 and Nightwing #50, but everybody knows that this year marks Dick Grayson’s 80th anniversary in comics. Will this storyline bring back the side of character we’ve known and loved for the past eight decades? Or will the imminent Joker War leave even more casualties in its wake?

Personally, I can’t wait to find out.