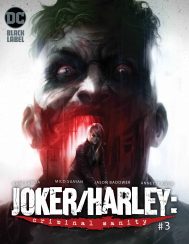 In The Eye Of The Beholder

Doctor Harley Quinn has been doing all the case studying, legwork, and research in order to put together a profile. Just who is John Kelly? As Harley pulls at the threads she begins to unravel the tale of a young man who has a story that feels familiar to her. Harley is drawn back into her memories of her own family as she learns more about John in .Joker/Harley Quinn: Criminal Sanity #3.

Issue #2 gave us more information about just who the Joker might be, and Harley’s been putting the pieces together, trying to see the whole picture.

Every Step You Take

As another body is discovered, the pressure is on Harley to not only present a profile, but to stay alive. Curiosity is said to have killed the cat, with Harley getting closer to the killer, it remains to be seen if satisfaction will help keep her alive. Are the GCPD on the right track, or will this case only continue to get worse? 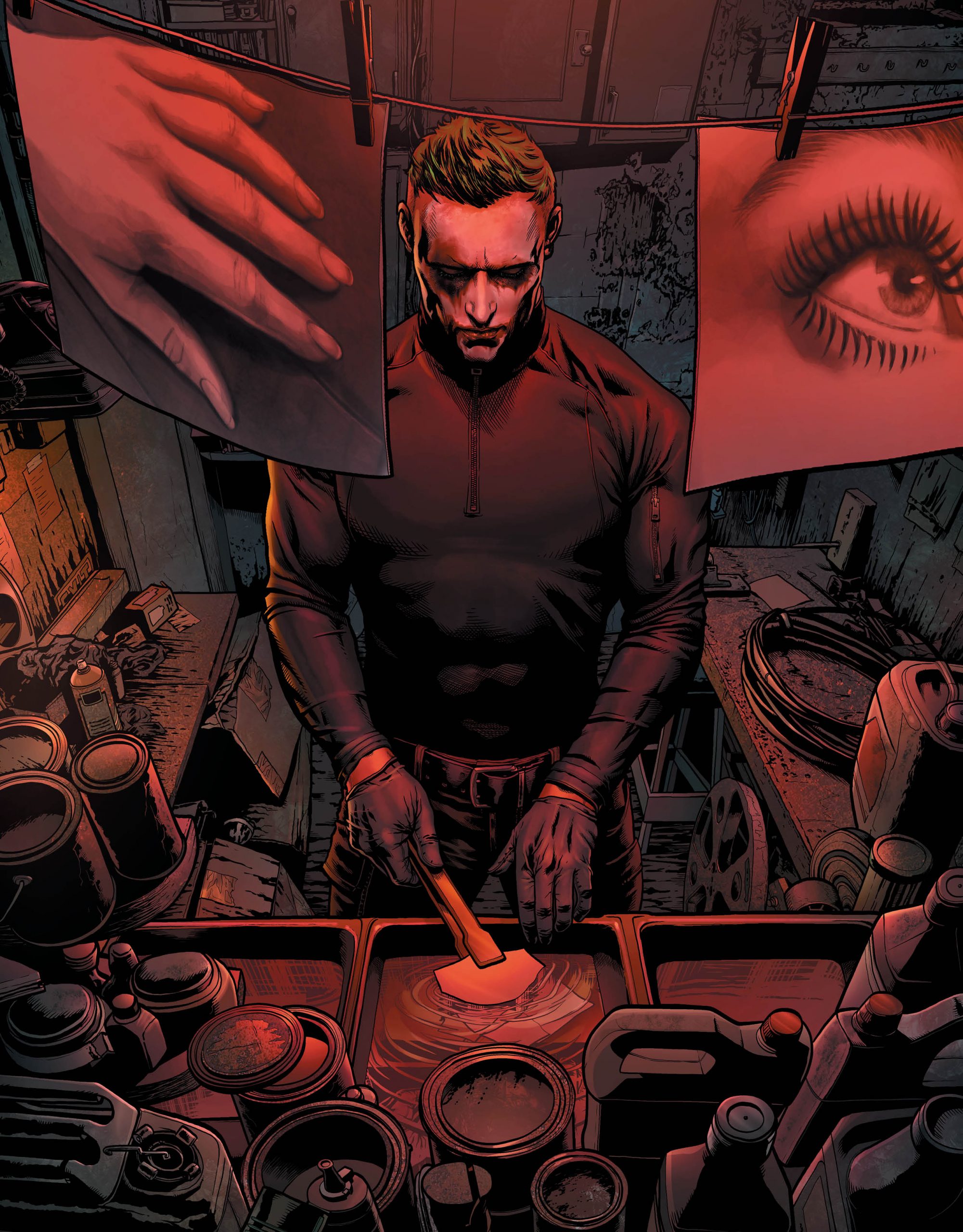 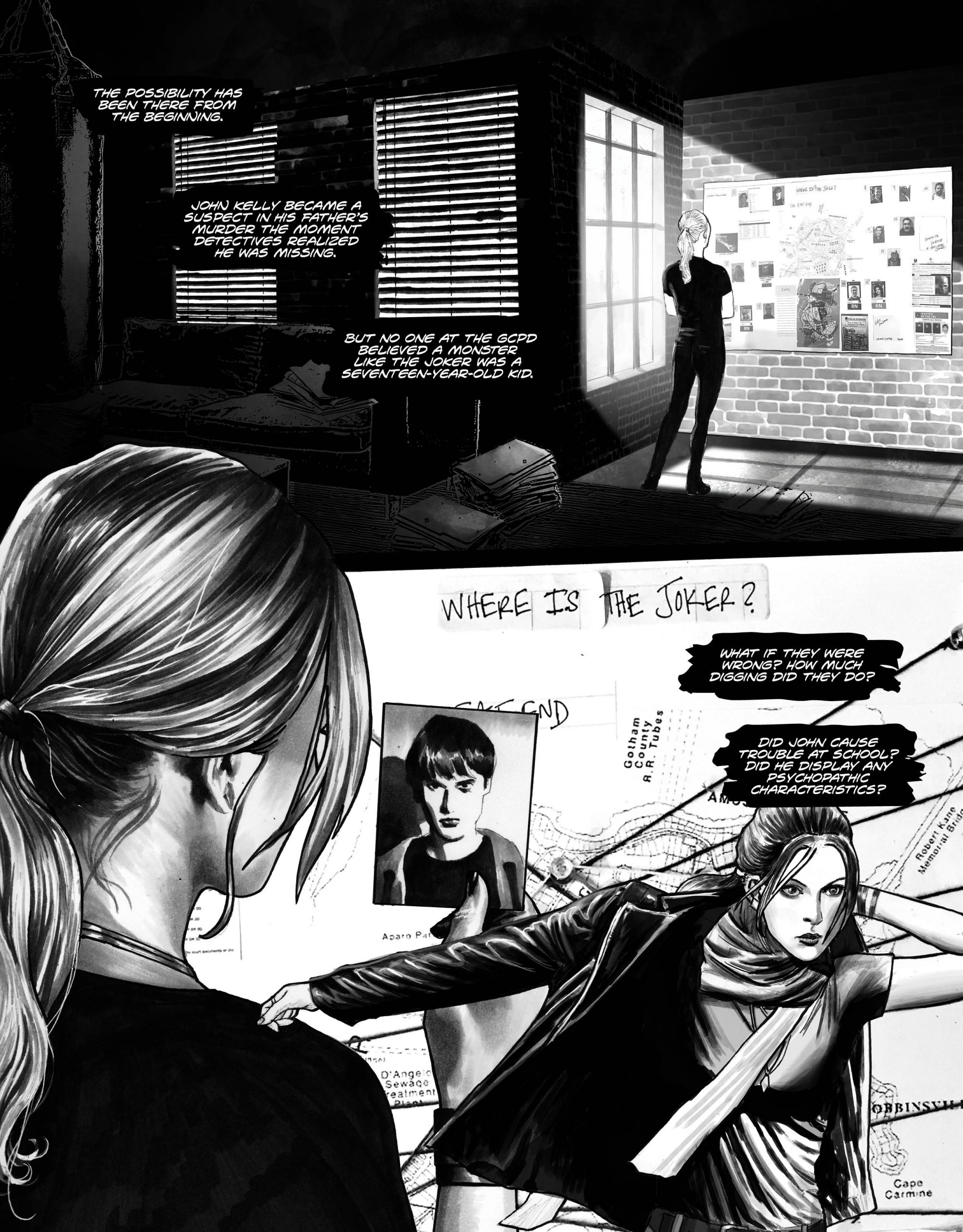 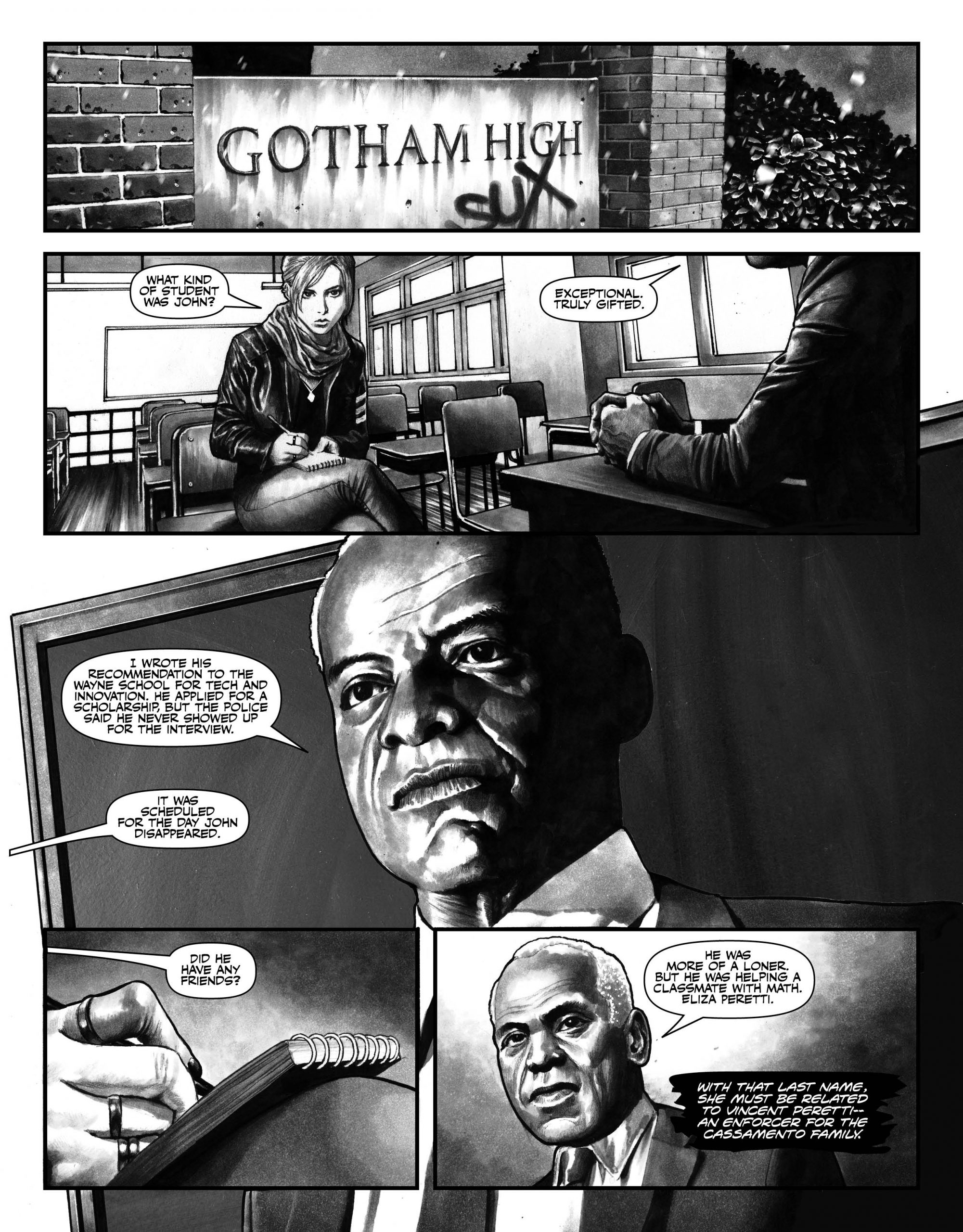 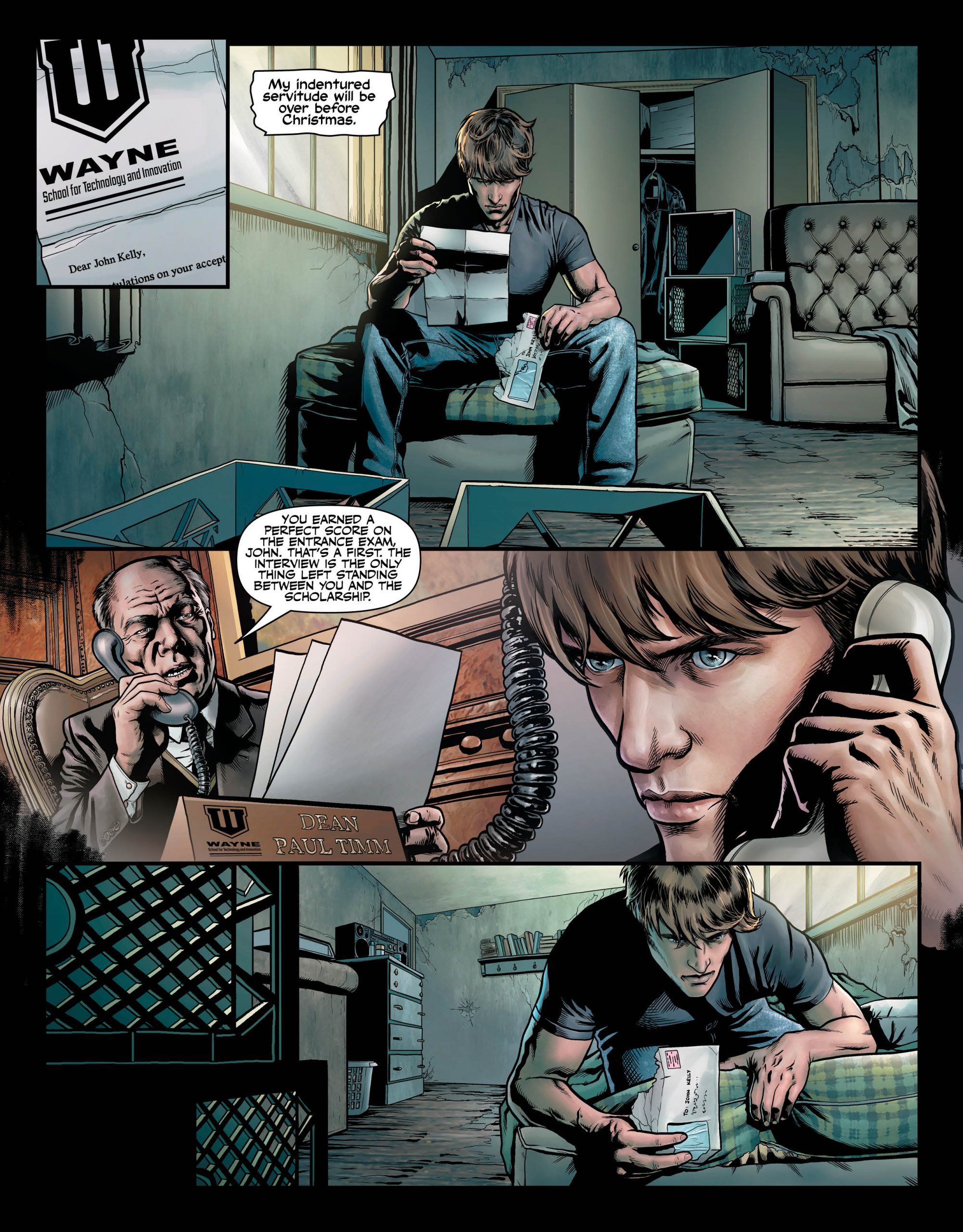 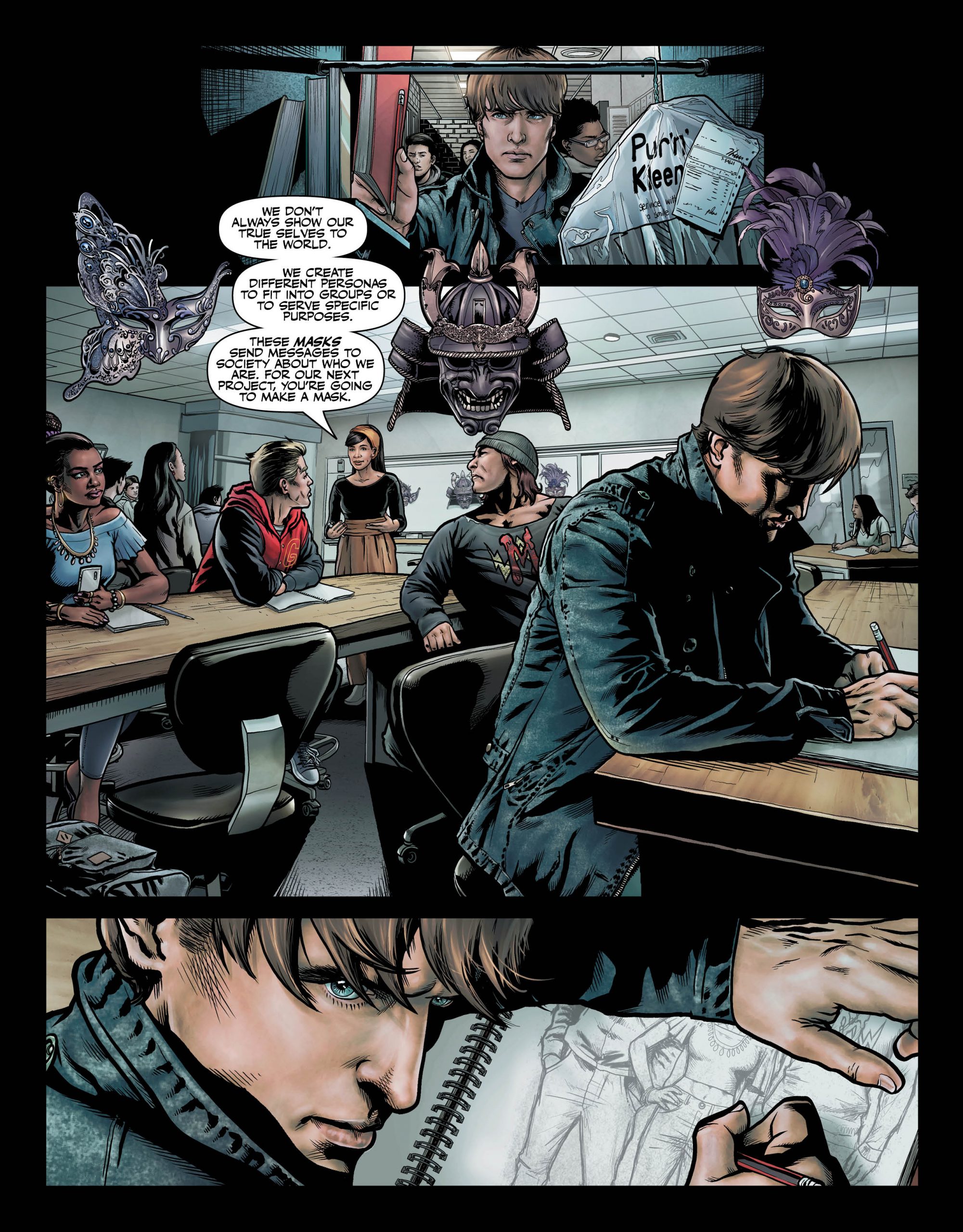 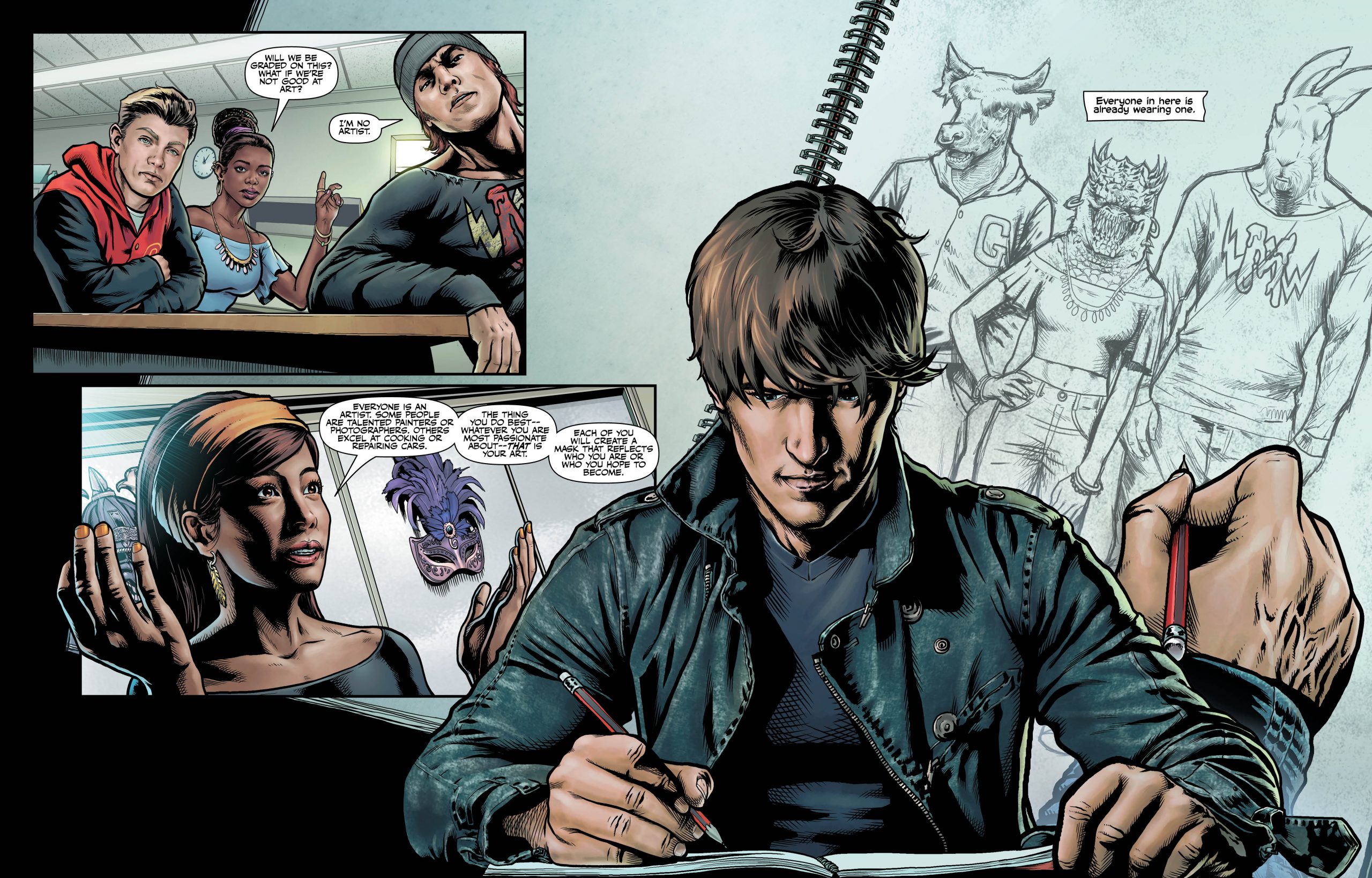 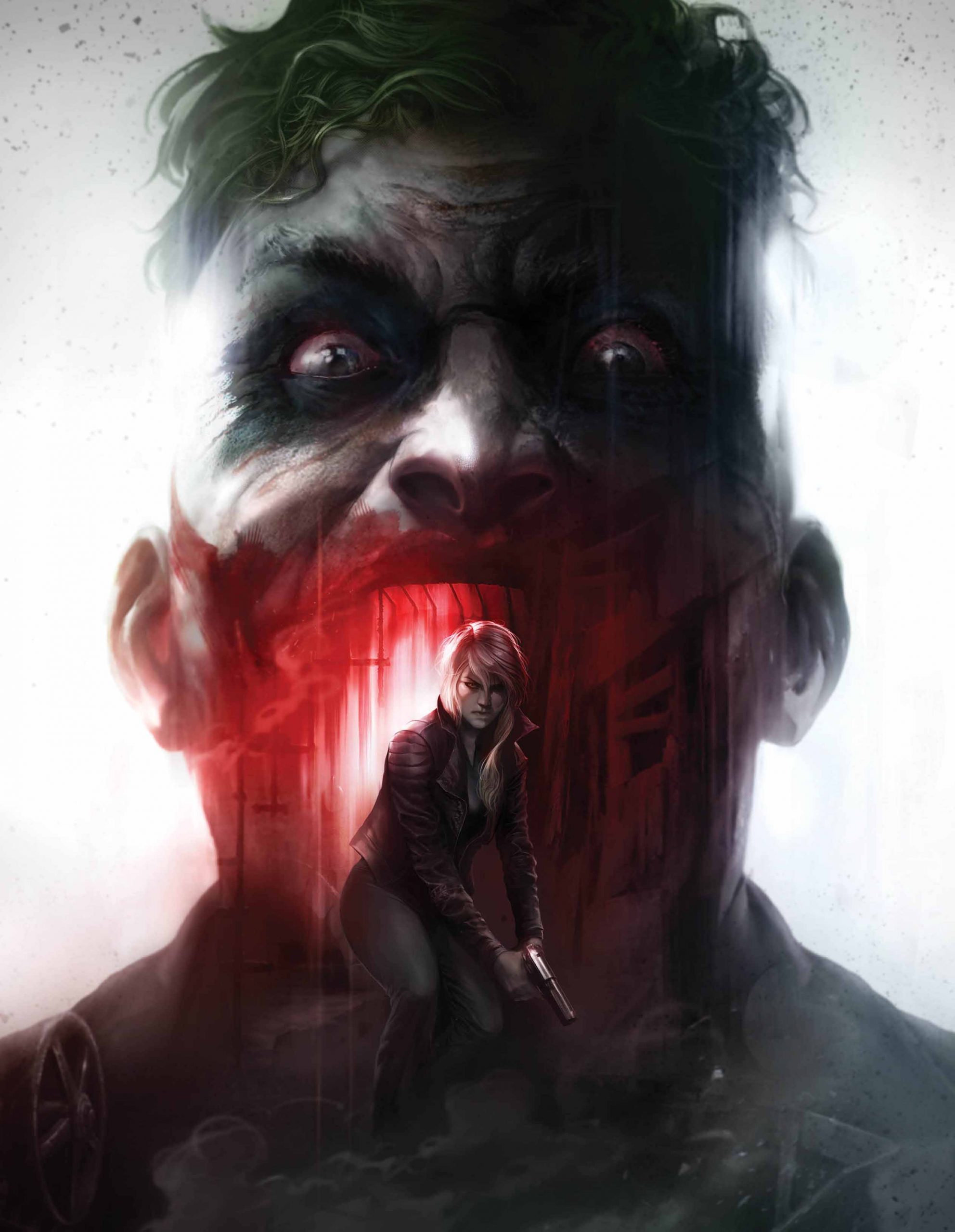 Joker/Harley: Criminal Sanity #3 gives us more answers while deepening the story. The team of Kami Garcia, Mico Suayan, Jason Badower, and Richard Starkings have already set the bar very high in the first two chapters, and issues 1 and 2 gave us a platform unlike anything else in the comic market currently. A fresh idea mixed with amazing artwork that’s breathtaking, which enhances the reading experience.

With #3 we get a new Colorist, Annette Kwok who lends her skills and talent to the story. Her work adds a lot to this issue and helps it all come together. Both the standard and variant covers are absolutely stunning in detail, and they set up the mood for the story so well, really driving the anticipation for what will follow them.

We’re halfway through the arc now, and the story has developed, slowly at first, but with this midway issue the tension and suspense have really ramped up. I can’t help but compare the feel of this series to Criminal Minds or CSI, but not in a bad way. This is definitely not your cookie-cutter version of Harley, or the Joker. This team has gambled on delivering something completely out of the box and it works one hundred percent.