Yes, comics fans, Doomsday Clock and Wonder Woman #750 were just the beginning. 2020 will see the continuing evolution of DC this coming May. On Free Comic Book Day, Generation Zero is coming!

DC’s Generation Zero Boldly Sets the Stage for the Past, Present and Future of the DC Universe

Free Comic Book Day used to be where you went to your local comic store and were provided simply a free comic to explore or take a test run on a new title.  But DC has gone a step further and made it a “must” to grab these iconic free issues, so that readers can enjoy and anticipate the upcoming changes in the DC universe!

Saturday, May 2, 2020 is Free Comic Book Day, and DC has huge surprises in store for fans of all ages with two free comic books! DC’s Generation Zero provides a closer look into what’s next for the DC Universe, and the DC Middle Grade Graphic Novels flipbook previews great graphic novels for middle grade readers, featuring Batman and all-new characters. 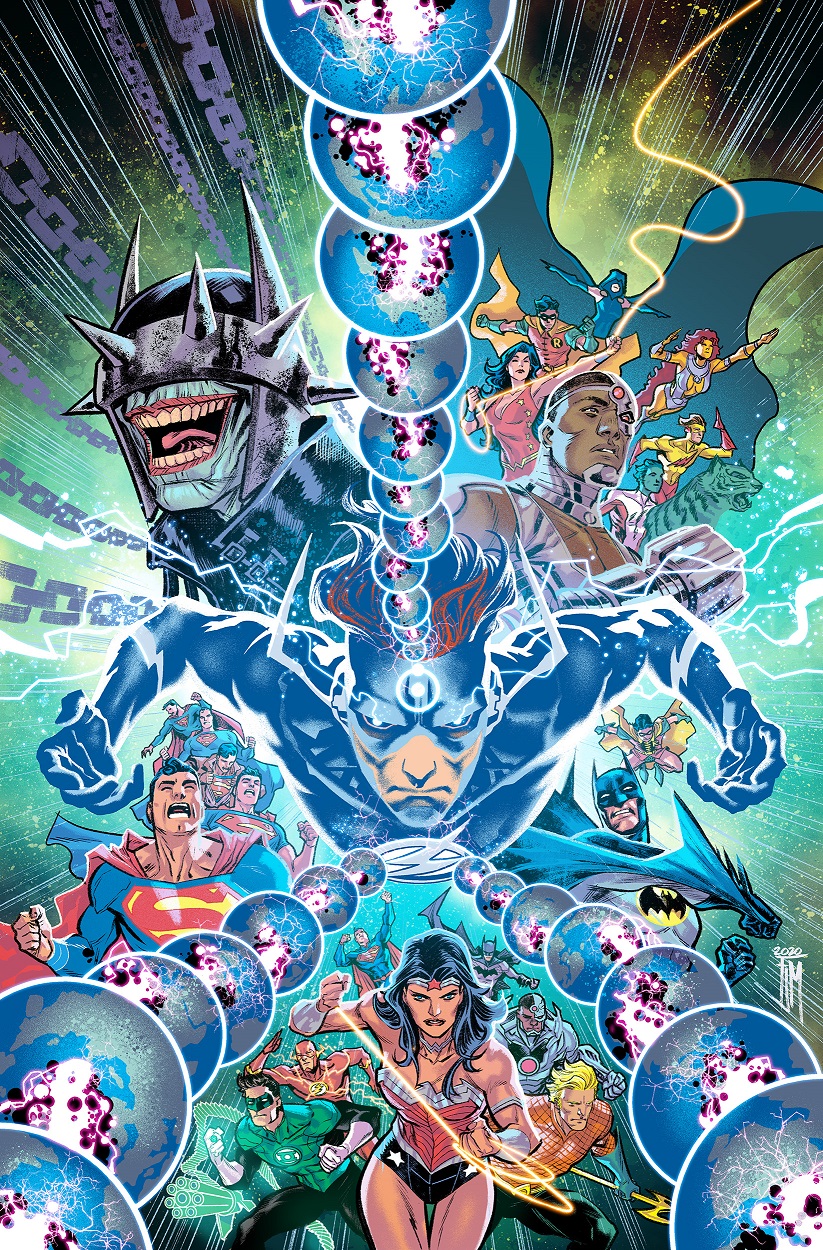 The march towards DC’s future begins with Generation Zero! This 32-page issue features a stunning cover by Francis Manapul and features key stories involving Wally West, The Fastest Man Alive, and Wonder Woman, warrior princess from the island of Themyscira. New and longtime fans can’t afford to miss Generation Zero; this book lays the foundation for even more seismic-level changes in the DC Universe.

It all starts here, and everything counts.

“Flash Forward: Epilogue” is an extension of the unbelievable conclusion to the Flash Forward six-issue miniseries, with all-new content from the series team of writer Scott Lobdell and artist Brett Booth.

In order to save his children and the multiverse itself, Wally West makes the ultimate sacrifice, taking his place in the Moebius Chair. Unbeknownst to him, the chair is packing a little extra power, having been imbued with the godlike powers of Dr. Manhattan! Now armed with infinite knowledge – and the powers of a god – Wally West can see the past, present and future of the DC Universe all at once.

…Including what needs to be changed.

Generation Zero also includes a reprint of “A Brave New World,” from Wonder Woman #750.  Written by Scott Snyder with art by Bryan Hitch, Wonder Woman makes her debut as DC’s first superhero, saving the life of Franklin D. Roosevelt during an assassination attempt at the 1930 World’s Fair in New York. As a nation hears more about her heroic exploits, it inspires some citizens to consider their own unique gifts, and how they could be used to help protect the world – among them Alan Scott, who will become the first Green Lantern! 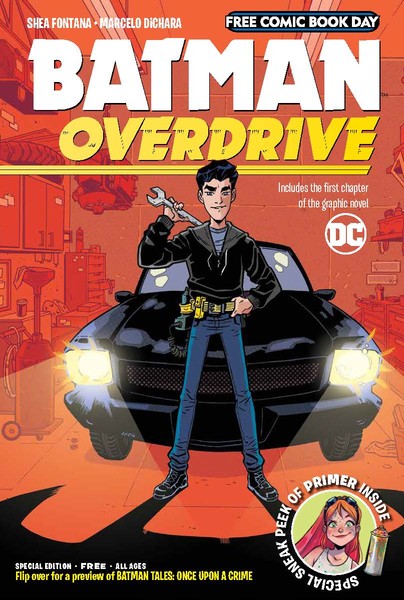 For fans of middle grade graphic novels, DC’s “flipbook” style sampler is sized to match the dimensions of DC’s middle grade titles and will feature the first chapters of Batman: Overdrive and Batman Tales: Once Upon A Crime.

Written by Shea Fontana (DC Super Hero Girls) with art by Marcelo Di Chiara, Batman: Overdrive is a heartfelt story touching on the importance of friendship, trust, and forgiveness.

Driven to solve the mystery of his parents’ murders, teen loner Bruce Wayne sharpens his detective and fighting skills as he searches Gotham City for clues to the identity of those responsible. Bruce processes the pain and guilt of their deaths by rebuilding his dad’s first car.

As he finds parts to restore the car, Bruce is forced to open himself up to new challenges and friendships, finding out that what he really desires most isn’t vengeance, but freedom. 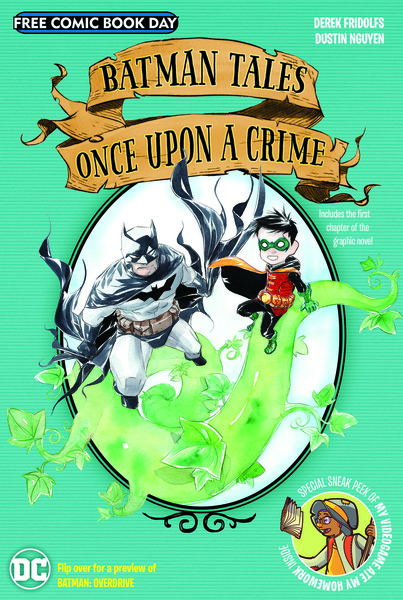 Four stories featuring Damian Wayne, Alfred, Batman, and more are the center of Batman Tales: Once Upon A Crime. An anthology that combines characters from the DC Universe with classic fairytales, this book encourages middle-grade audiences to read on their own with short, hilarious stories that help foster a sense of reading accomplishment.

The creative team of writer Derek Fridolfs and artist Dustin Nguyen (of Li’L Gotham fame) have returned to their Bat-roots to combine Bat-characters with fairytales such as Pinocchio, Alice in Wonderland, The Princess and the Pea, and The Snow Queen.

Both samplers will be available for free at participating retailers on Free Comic Book Day, Saturday, May 2, 2020.

Feel free to weigh in on this news in the comment section as Dark Knight News wants to know what you are most excited about reading on Free Comic Book Day!