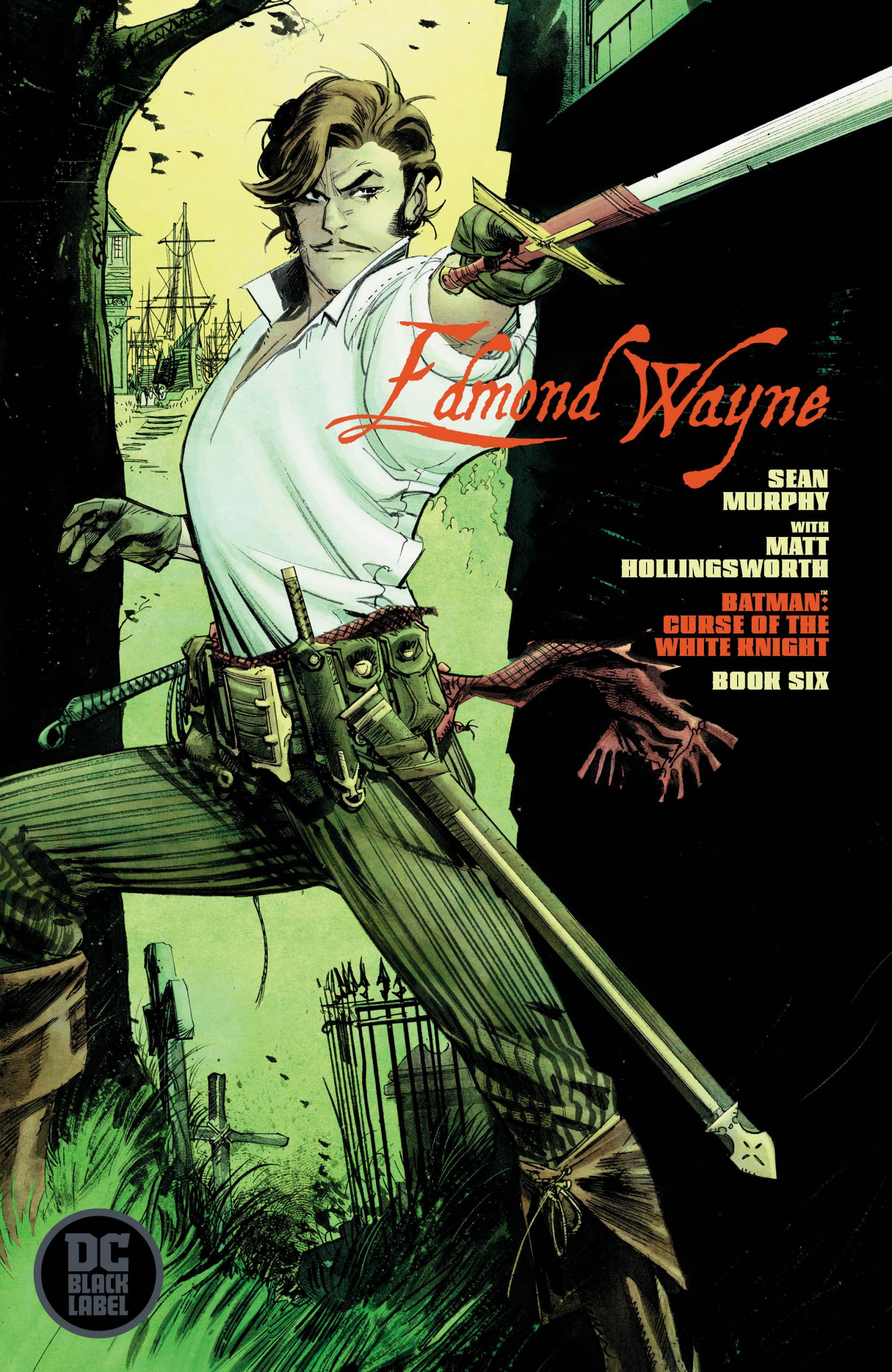 Batman: Curse Of The White Knight #6 has blown my mind. Sean G. Murphy promised shocks and surprises in this series, and he has well and truly delivered. Frequently when a villain has a secret that will “rock a hero to his core” it’s often quickly dis-proved and the status quo is restored. The beauty part of having an Elseworlds style tale, or your own out-of-continuty universe to play in is that rules can be broken. With this comic Sean Murphy throws the rule book out of the window, but only after he’s kicked the heck out of it and set it on fire first.

Yes, the Joker’s secret really does change everything Batman ever thought to be true, but the surprises don’t end there… the last few pages of this issue deliver acts and actions from Joker, Batman and Harley that I never thought I’d witness. 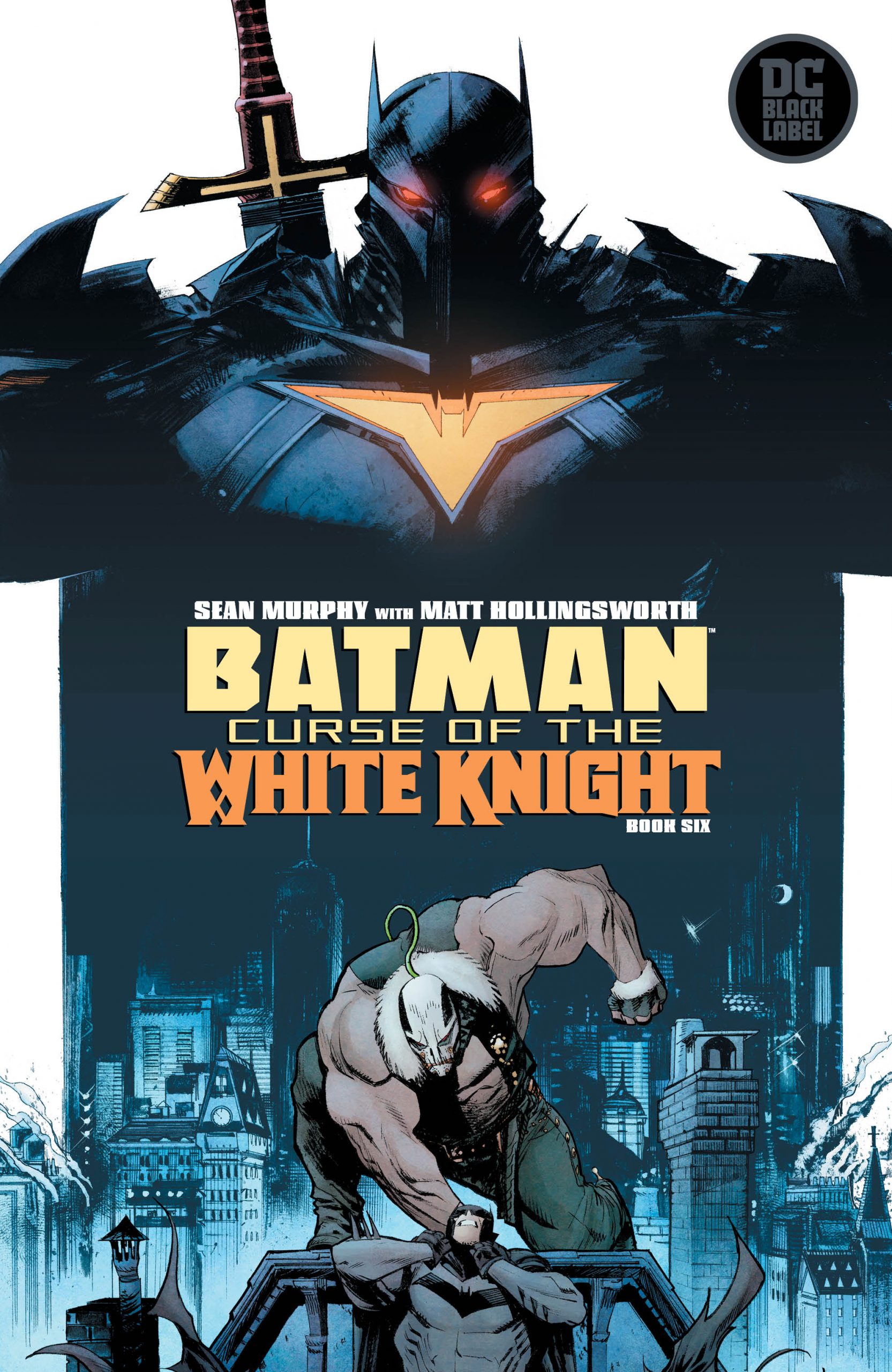 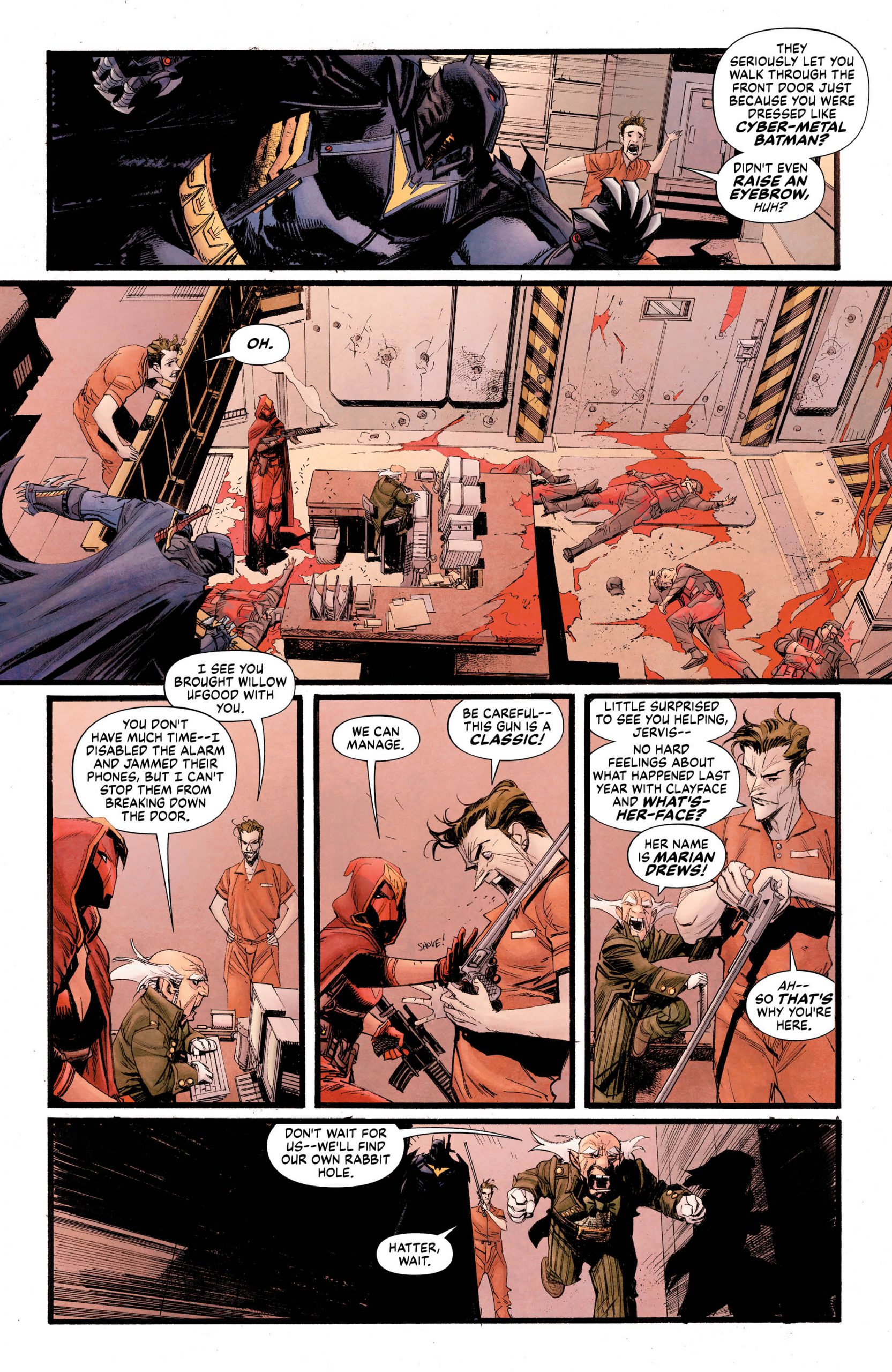 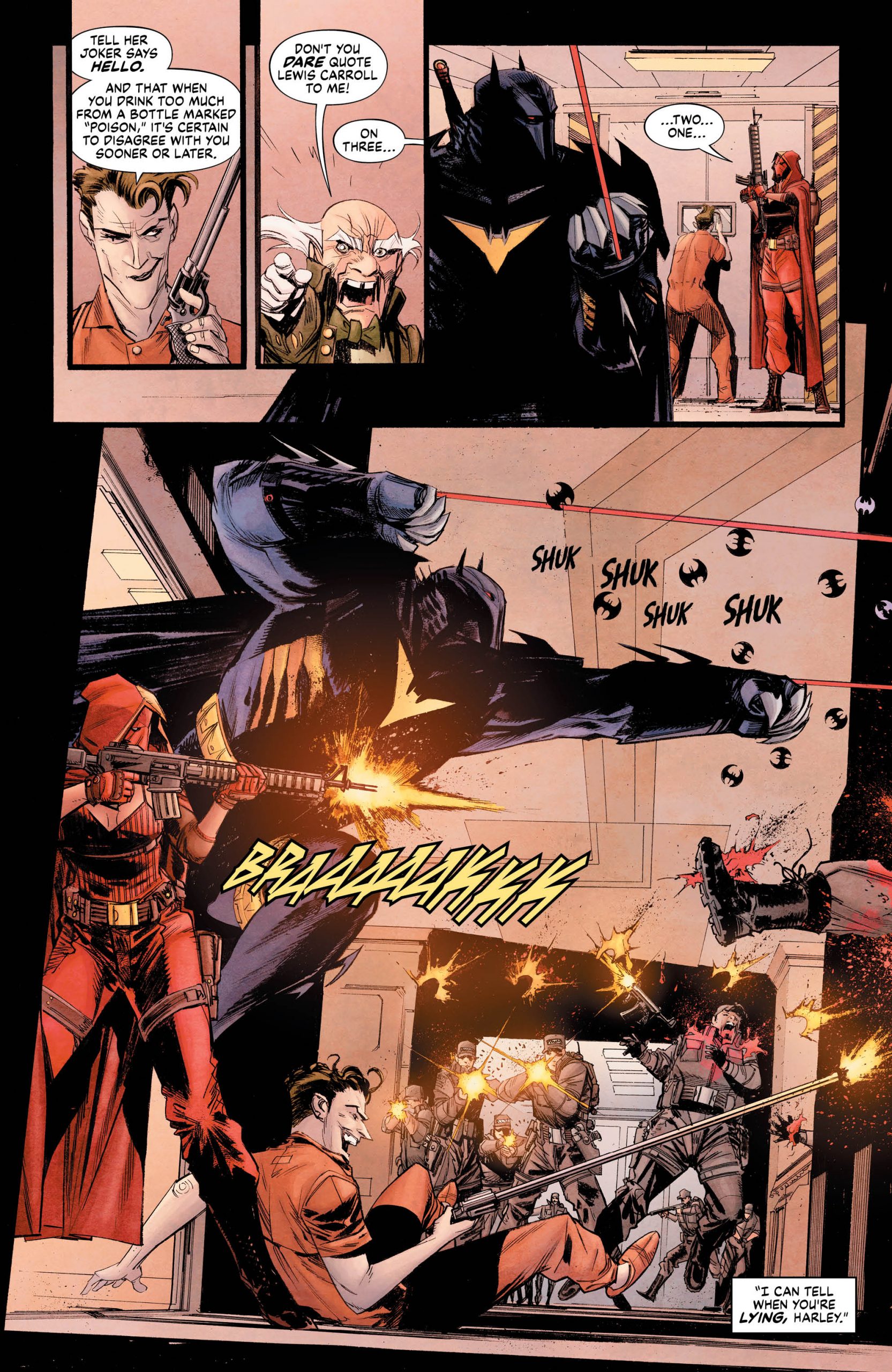 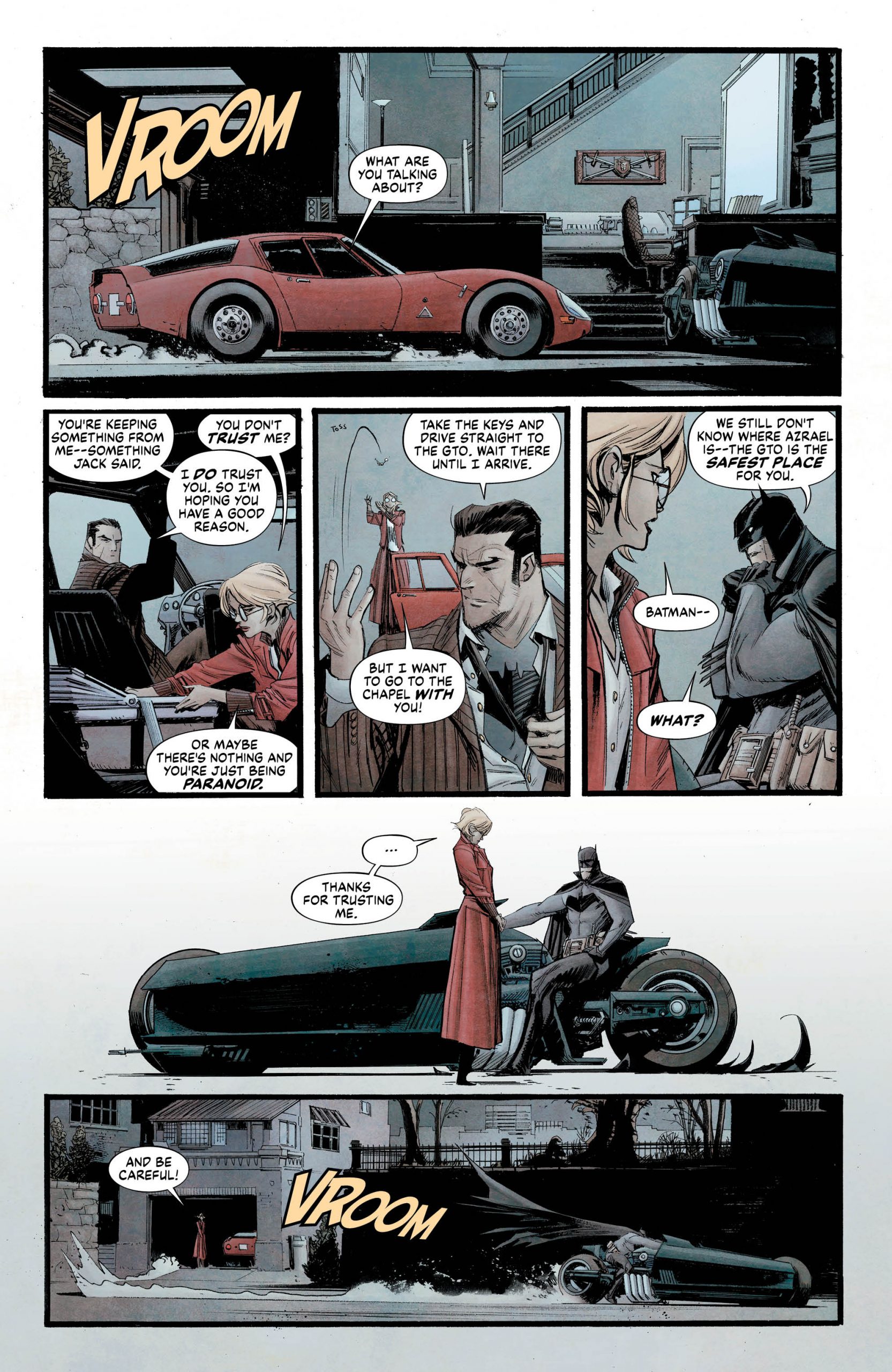 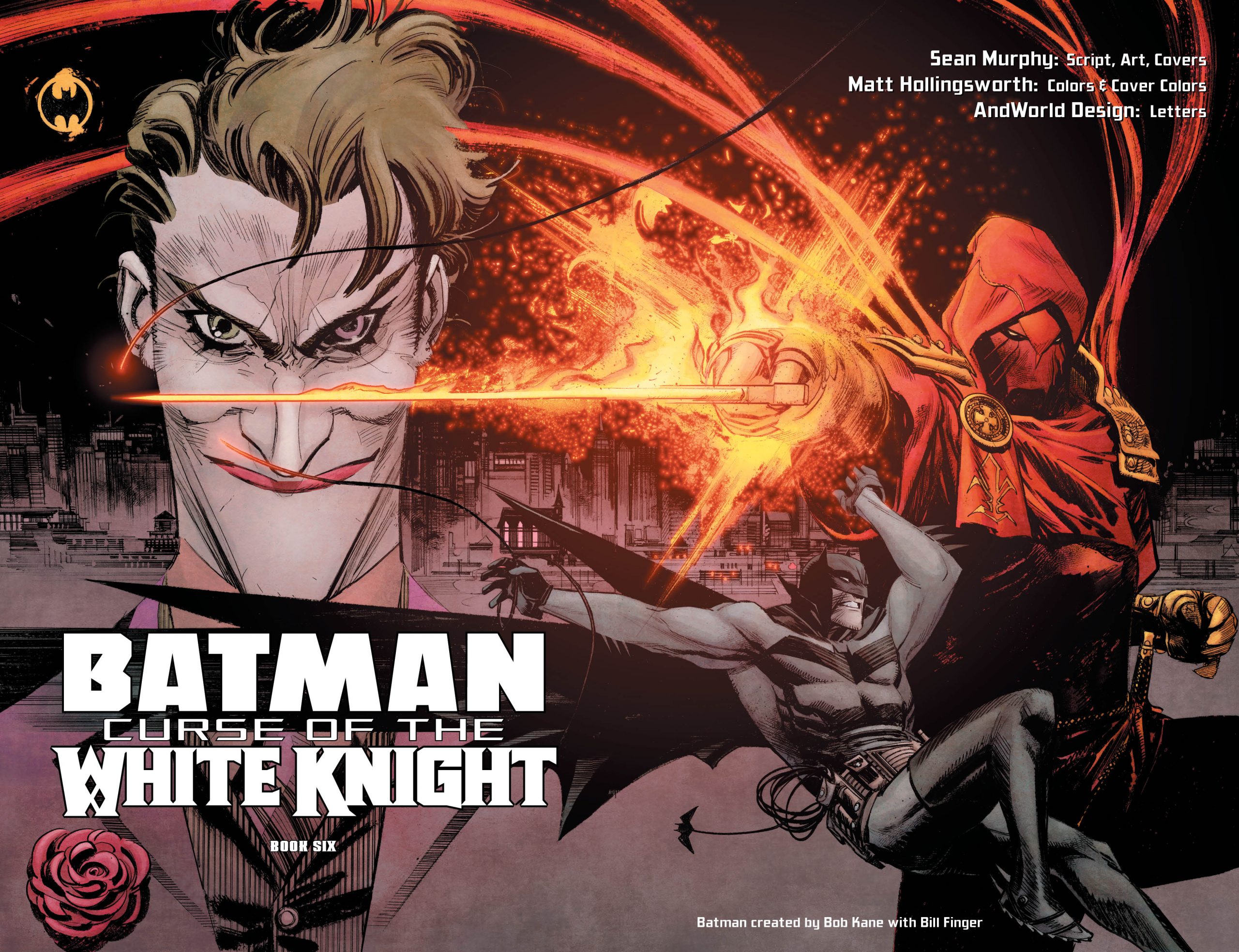 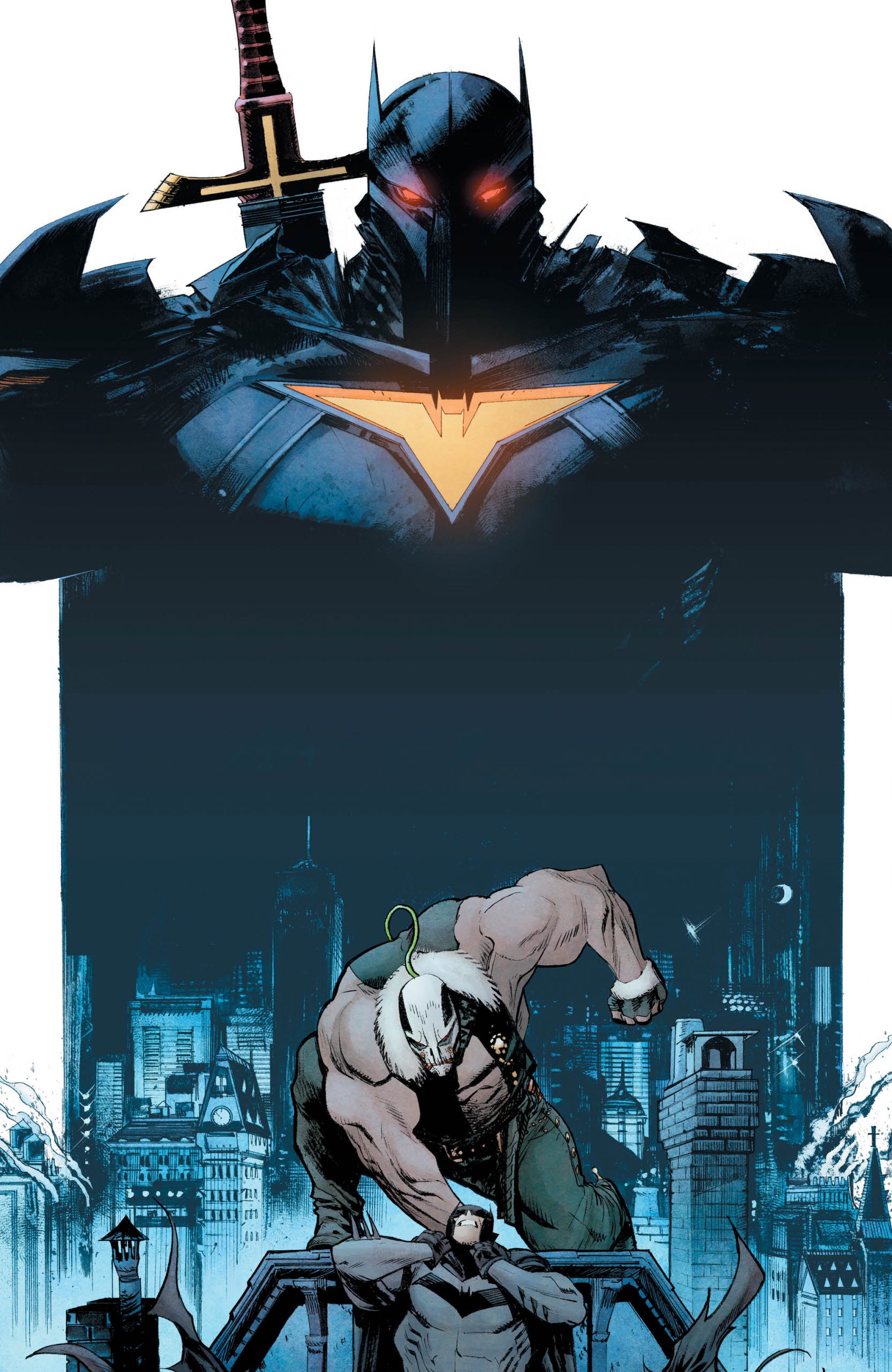 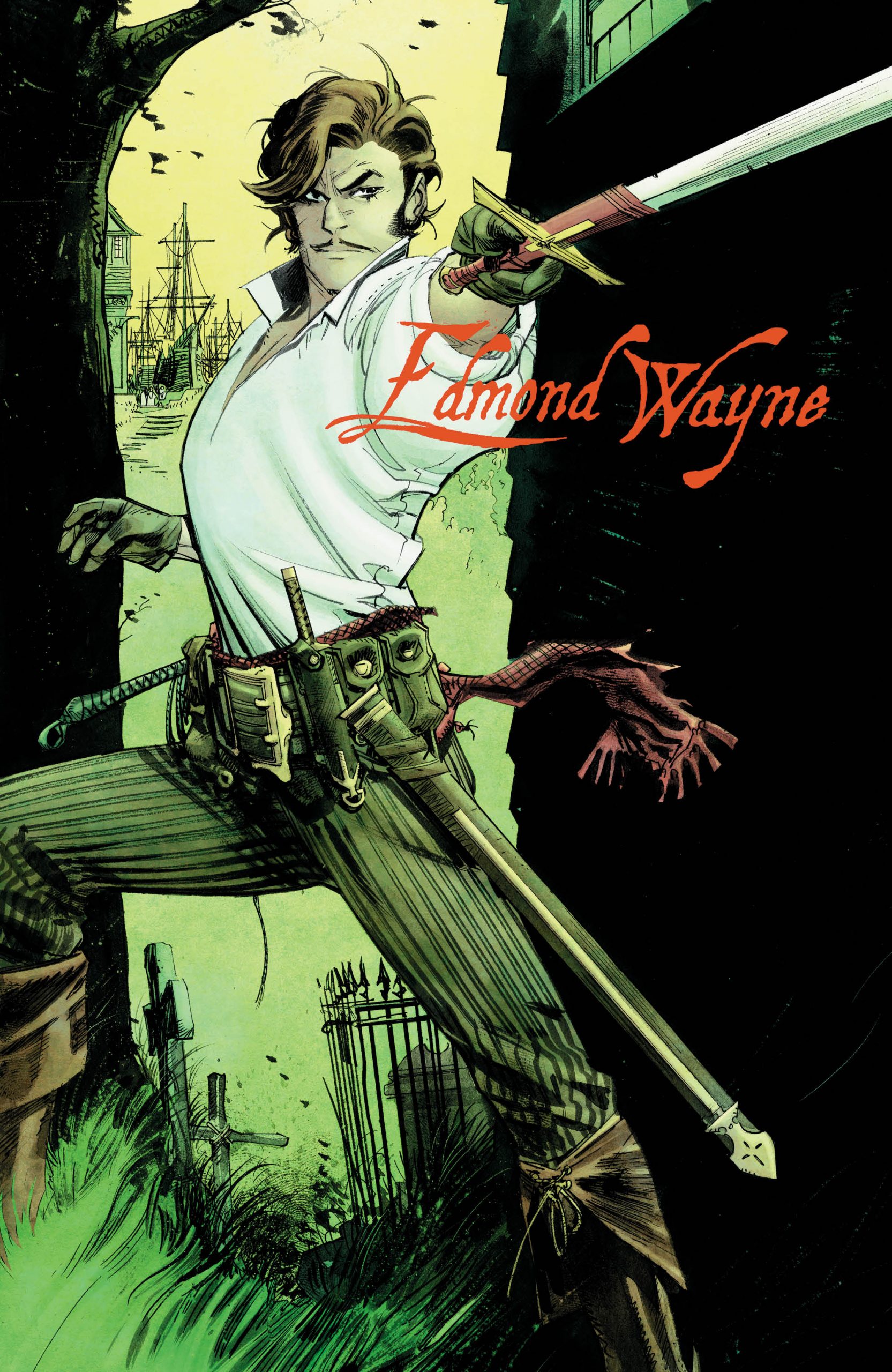 In this series bad guys win and good guys lose, heroes die and villains seize the day. With just one sentence Sean Murphy adds more validity to the idea of Azrael being Batman than the entire classic “Knightfall” / “Knight Quest” / “Knight’s End” Trilogy ever did. In the stories where we first met Jean-Paul Valley he was a sympathetic character before and after he held the mantle of the Bat, but was totally wrong as Batman. In this issue his claim to the name, costume, and title becomes a lot more valid, and so does his quest.

Speaking of the costume, this AzBatMan is truly awesome. The re-design is reminiscent of the many evolving armors that Jean-Paul wore in the aforementioned “Knights” trilogy, yet is something new, terrifying and totally Sean G. Murphy at the same time. Matt Hollingsworth’s color art delivers the texture, weight and feel of the suit, as well as real depth and atmosphere to every background, scene and character in the story.

I would love to have been a fly on the wall when AndWorld received the script and art for this book, because I yelled out a multitude of expletives when I read the issue. They not only had to read it, but then transfer those shocking, powerful words to the page! Another job brilliantly well done.

Historically, apart from a very few notable exceptions, sequels rarely live up to the original stories/books/films they stem from. Batman: Curse Of The White Knight #6 helps solidify this sequel as every bit as good as the original White Knight… if not better. I’m sad that this series is only a couple of issues away from its conclusion, but now that Sean has confirmed a new (non-Murphyverse) Catwoman project, I’m as excited as I am anxious. I can’t wait to read and see more from this inspired, and inspirational, comics talent.