‘The Dark Knight Rises’ Crowned Best Film Of The Decade 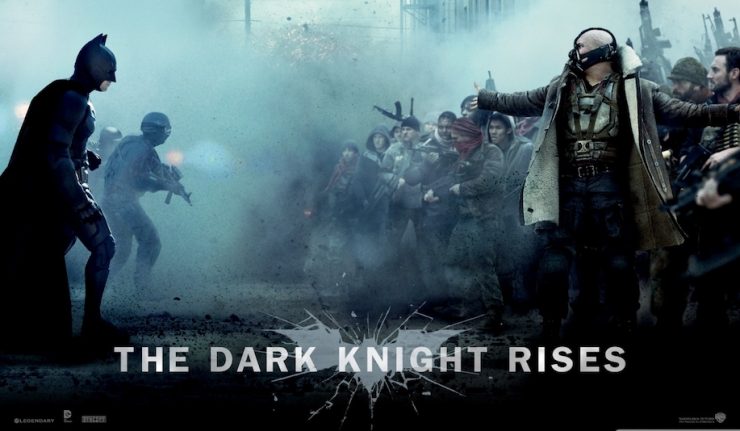 LADbible conducted a poll with its followers on Twitter to determine what the best film of the 2010’s was. After going up against heavy hitters such as The Wolf of Wall Street, Inception, and Toy Story 3, The Dark Knight Rises was crowned best film of the decade.

The entertainment site put the top-grossing films of the decade up against each other in a series of Twitter pulls across four days until they had 4 finalists. Christopher Nolan’s final chapter of The Dark Knight Trilogy got just over 38 percent of the 11.6k votes.

Now it's time to choose just one…

Inception won the first set of votes, going up against Shutter Island, Green Book, and Into the Spider-Verse.

Toy Story 3 took out Interstellar, The Irishman, and 12 Years A Slave.

Which is the best?

The Wolf of Wall Street completely obliterated Drive, The Hurt Locker, and The Shape of Water.

If you were wondering why they chose these films for the poll, LADbible took a mix of IMDB’s top rated movies of the decade and Oscar winners to create the polls. Some fun things to note. Christopher Nolan directed 3 of the movies in the polls and Leonardo DiCaprio starred in 2. It’s safe to say they each had a nice decade.

Batman Can Be Anybody

The Dark Knight Rises concluded Christopher Nolan’s Batman Trilogy that started in 2005 with Batman Begins. It saw Bruce Wayne coming out of retirement to protect his city one last time against a resurrected League of Shadows lead by Bane and Talia al Ghul.

Batman Begins is very much an origin story, and Gotham is viewed in quite symbolic, quite romantic terms. With The Dark Knight, we really switched genres. We’re looking at the media, the police, the wealthy, the poor; Gotham takes on that sort of crime epic idea of what a city is. Then, in The Dark Knight Rises, we really move more into a disaster movie.

For me, The Dark Knight Rises is specifically and definitely the end of the Batman story as I wanted to tell it, and the open-ended nature of the film is simply a very important thematic idea that we wanted to get into the movie, which is that Batman is a symbol. He can be anybody, and that was very important to us.

Rises was the biggest money maker of the trilogy, making $1.085 billion at the box office. But, it is certainly the most split among fans. While I personally do think it’s the weakest in the trilogy, a great movie is still a great movie and it certainly was a highlight of the decade for me at the movies.

Do you agree with Dark Knight Rises being voted the best film of the decade? Which movie gets your vote? Let us know!