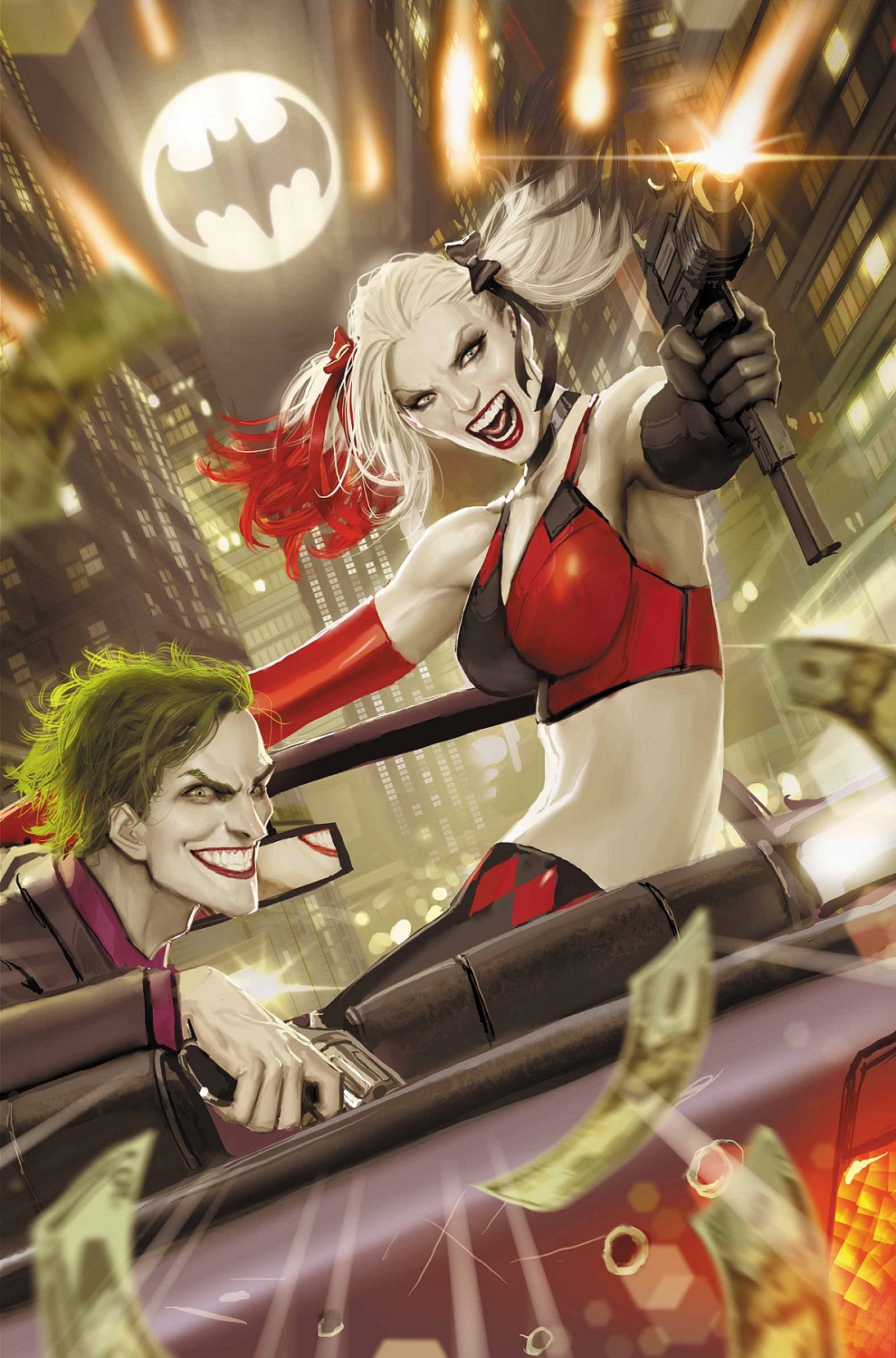 It Starts With Fantasies…

Harleen #2 is here, and I was so hungry for it. In the first issue, we got to see a new take on just how Dr. Quinzel began her journey to becoming Harley Quinn. From her theory on what makes people become criminals, to seeing a more personal side to Harleen, that hasn’t really been shown before. It was an exquisite dive into new waters and a deeper look into just how a woman, who is so intelligent, was taken in by the master of manipulation and mind games. Harleen #2 is ripe with the promise of digging even deeper, and explosive with story flow.

The More Sane Place To Be

The book comes out the gate running with an exquisite start. Joker greets us, by narrating and setting the tone for what’ to come in this issue. We watch the scene unfold as the Harley Quinn we’ve all come to know, steps to the plate swinging for the fences. I want to take a second just to say that Stjepan Šejiċ has written and illustrated this story beautifully. The scenes, along with the artwork, are incredibly powerful. Harleen struggles what she’s always seen as the philosophy on how to live her life, challenged by the Joker’s theory on how life gets under the skin of those around her daily. This issue deals with the full shift of psyche between the black and white of what is right and wrong. It’s masterfully delicious. 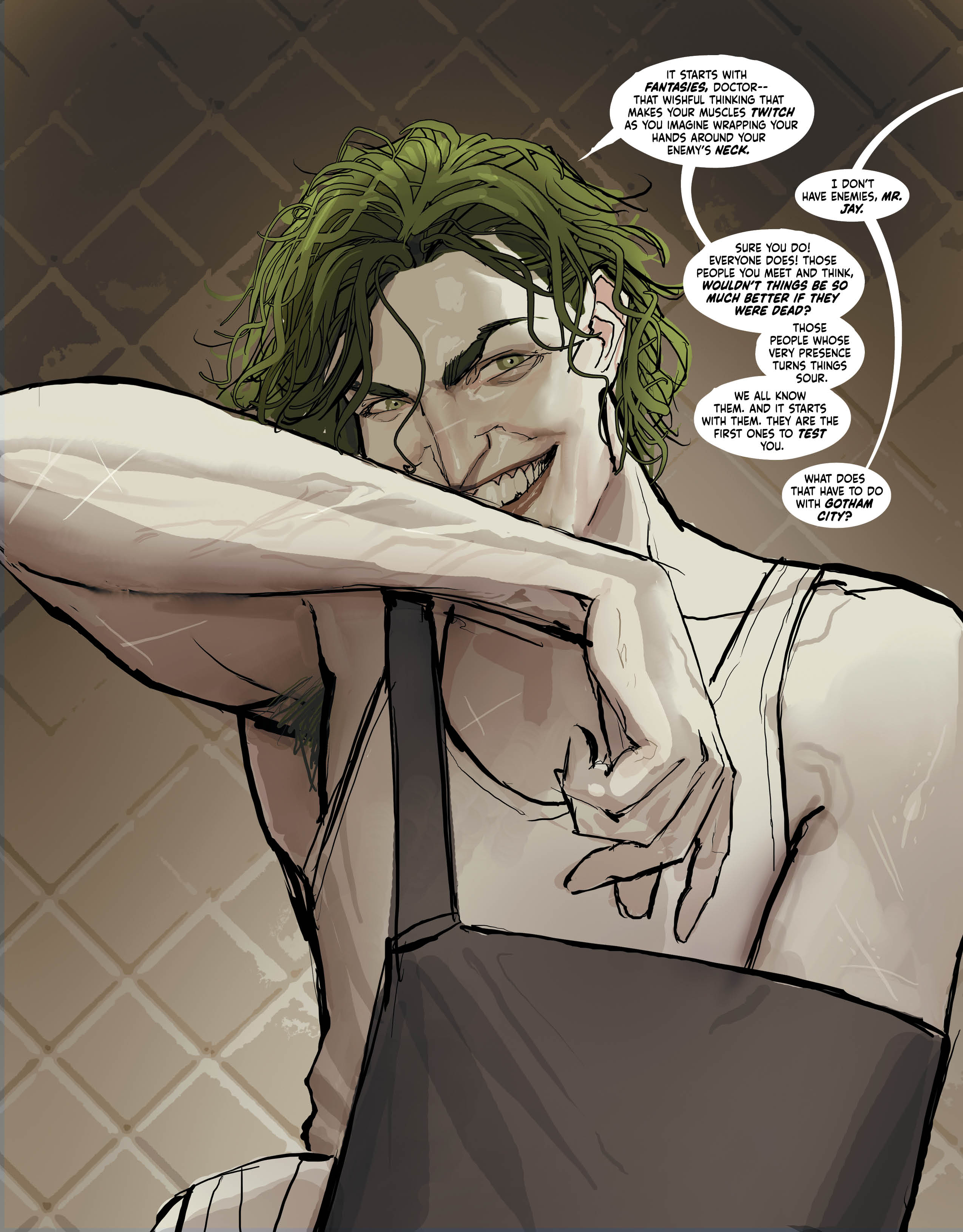 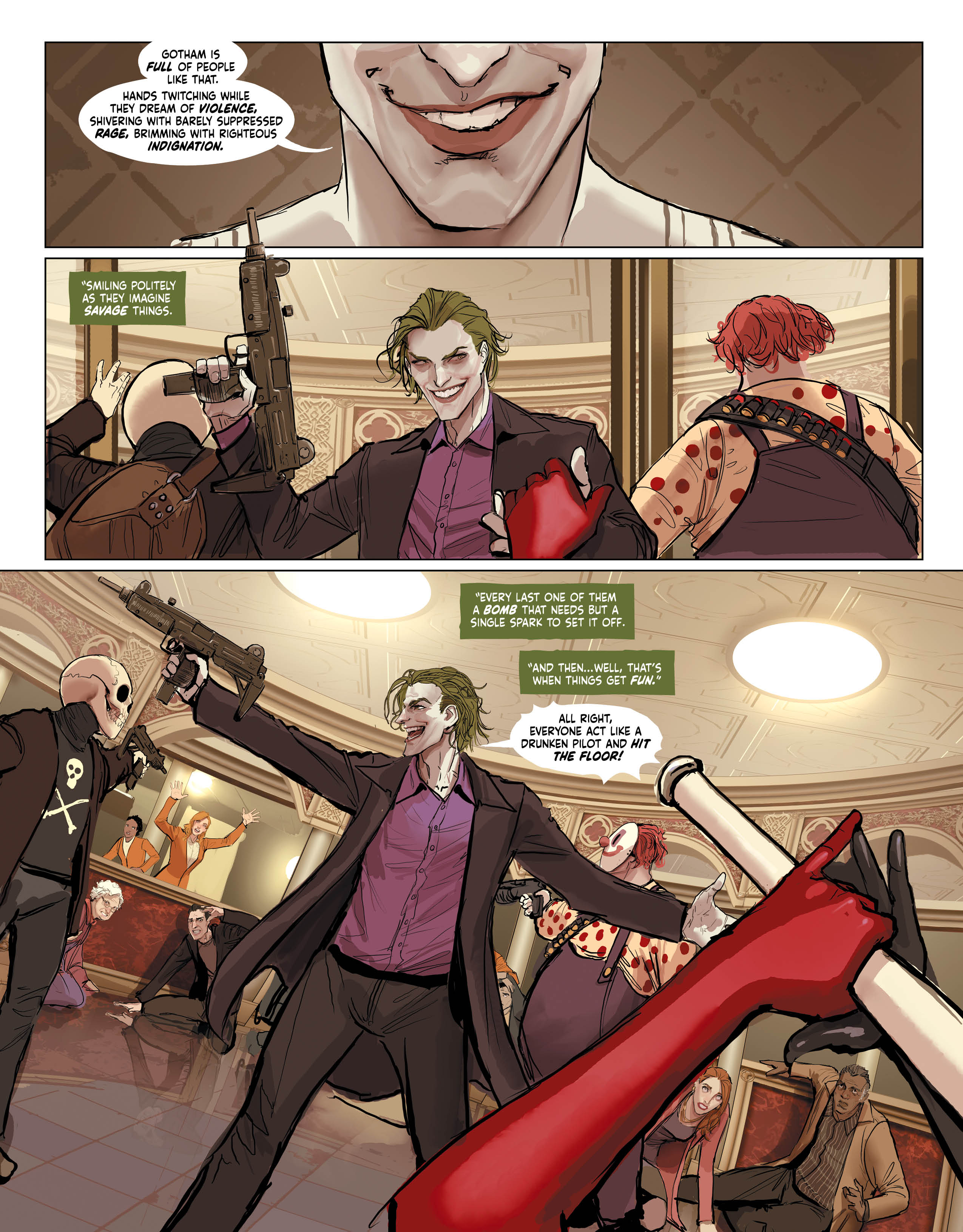 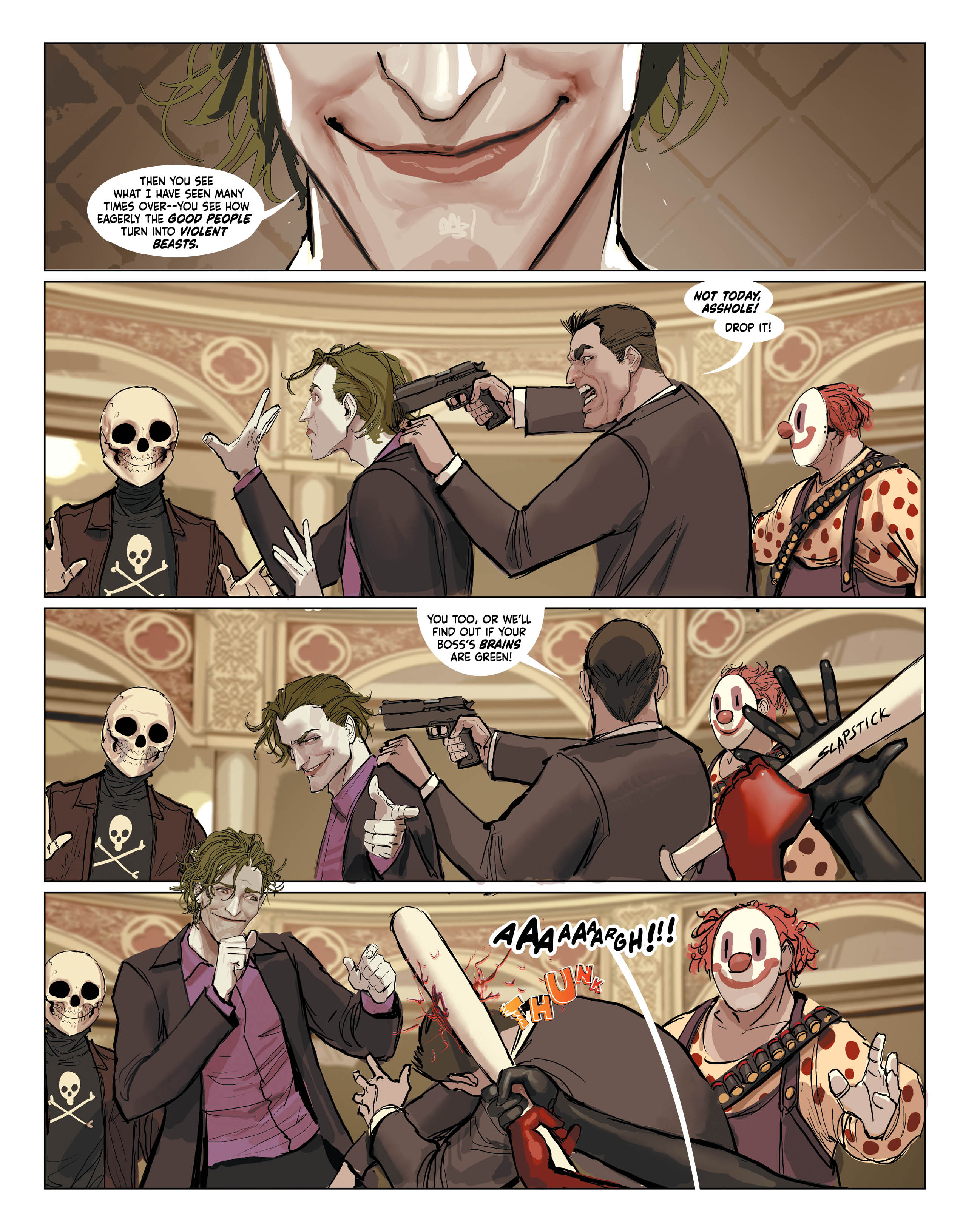 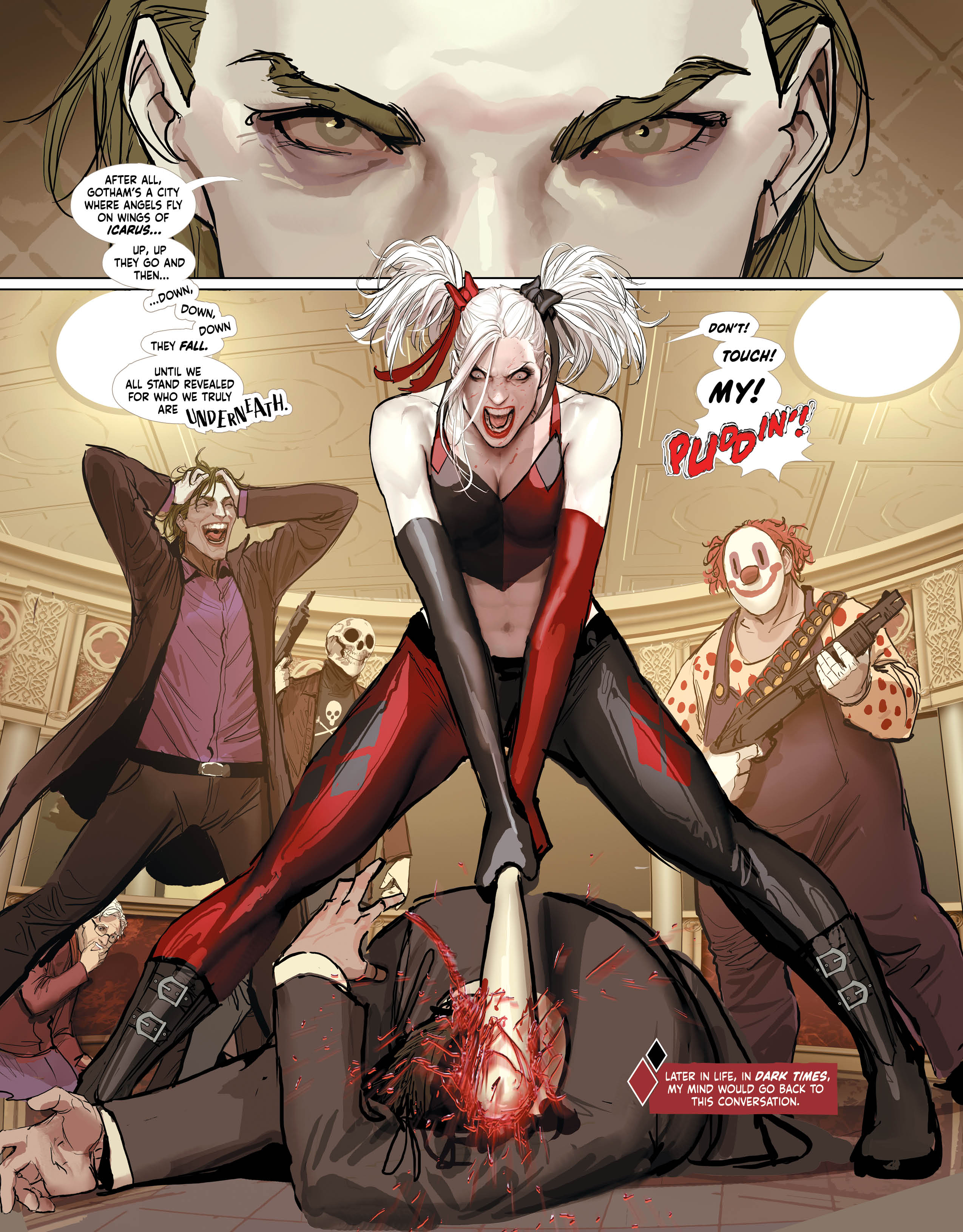 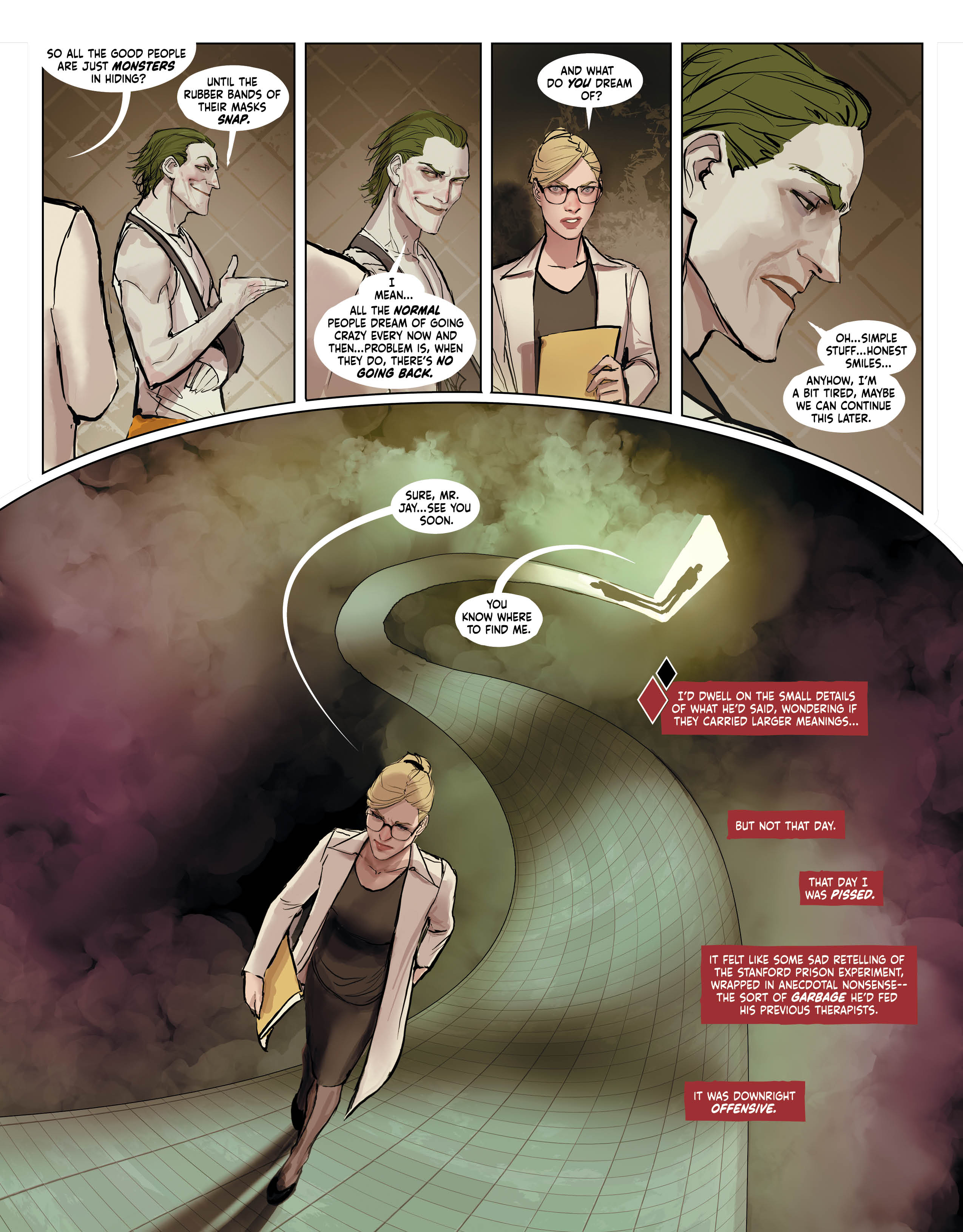 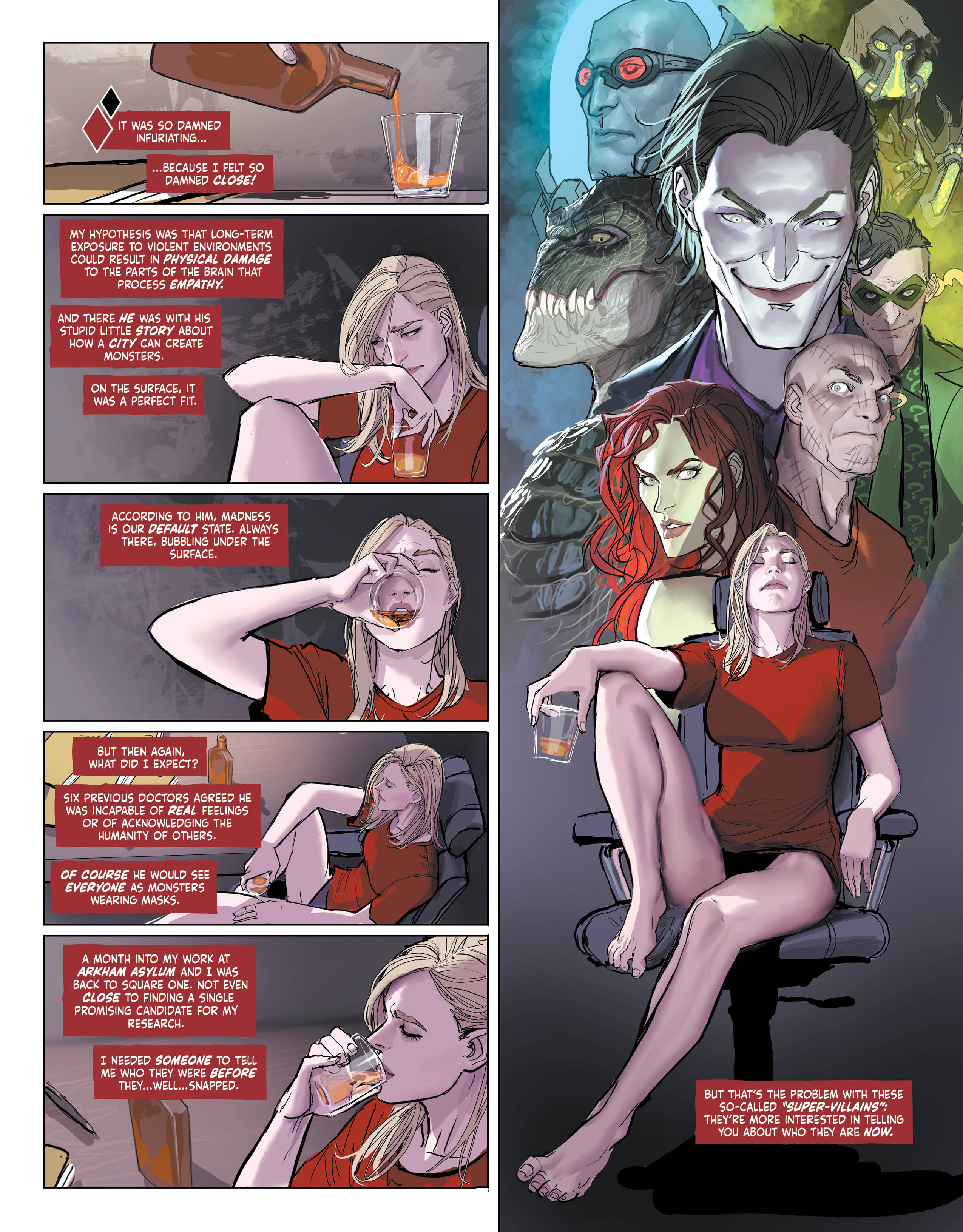 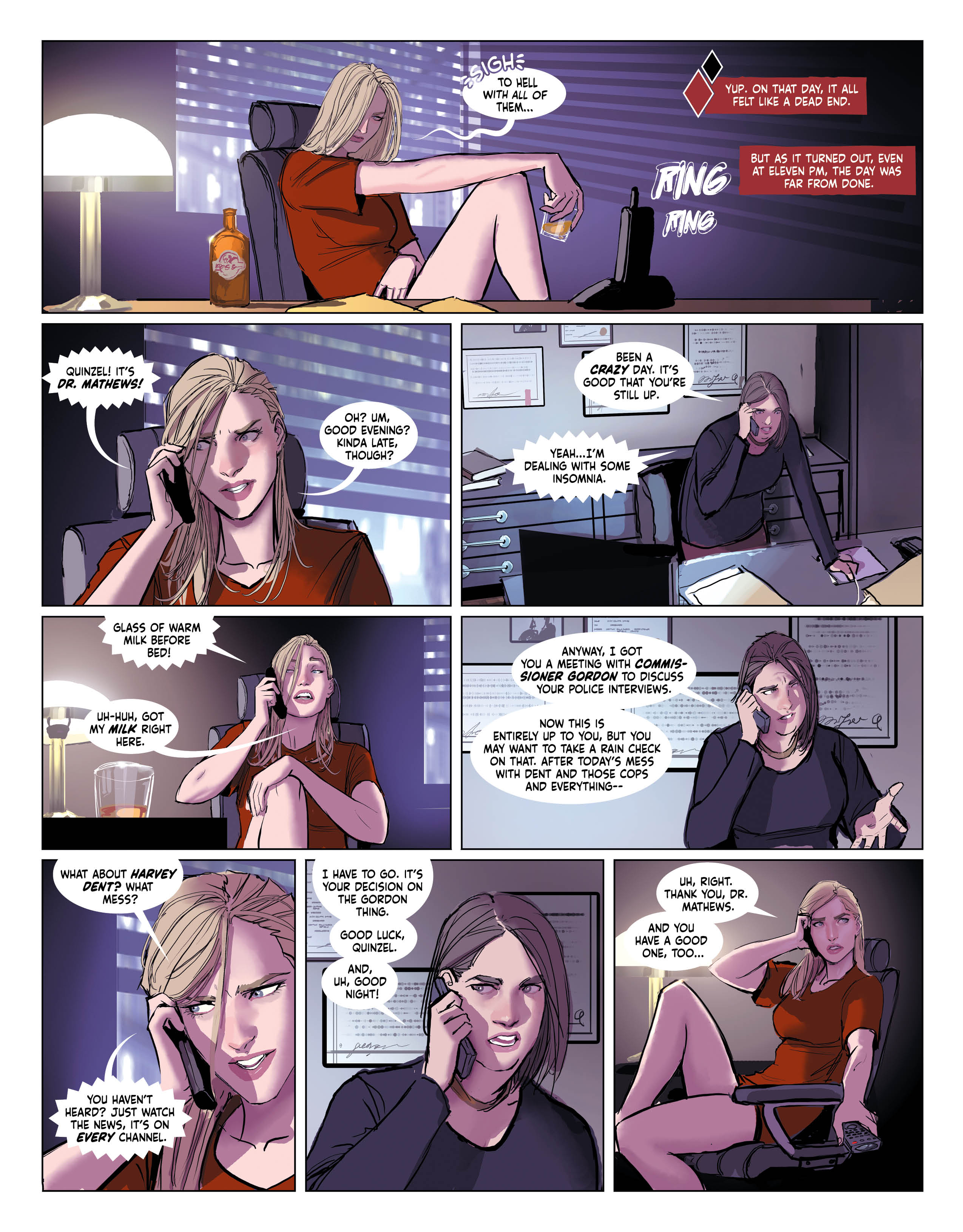 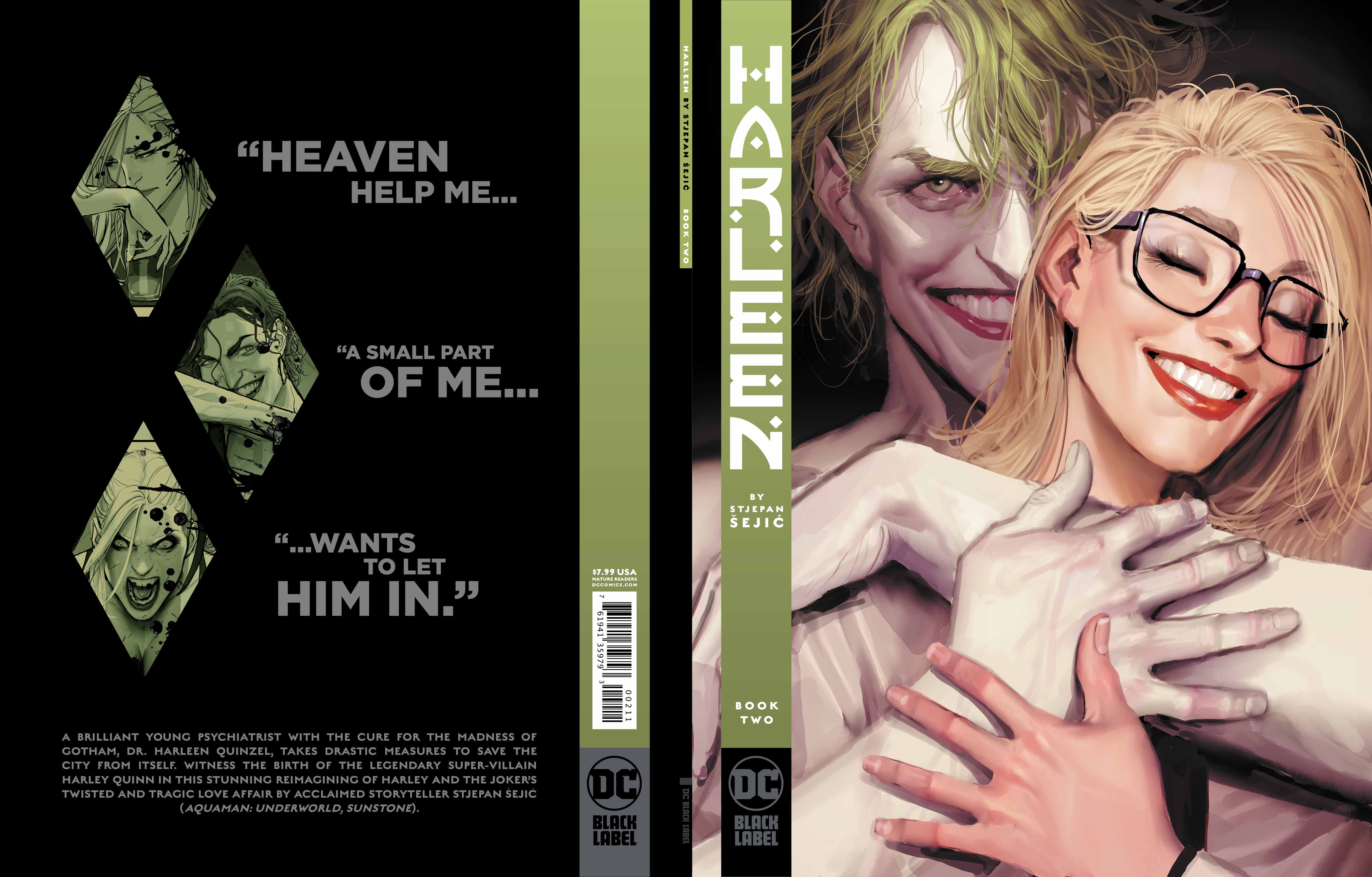 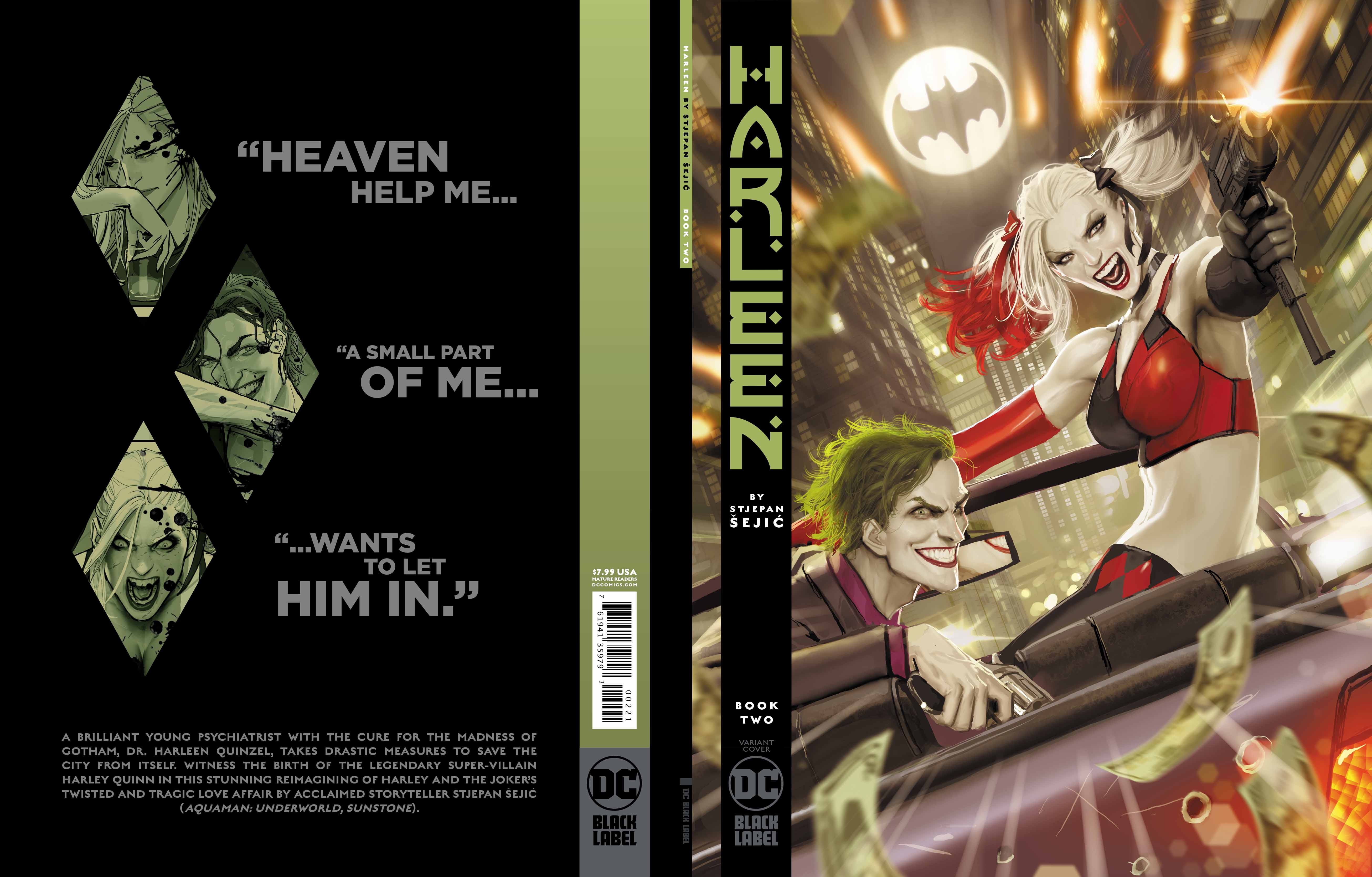 Stjepan Sejic has done it again with Harleen #2. Issue #1 was a brilliant lead in to wet the palate, but this one seals our fates in stone. It’s a book that you don’t want to put down, as it’s dripping with intensity. Plus, in this arc, we get not one developing story, but a bonus plot-line, as we also see Harvey Dent’s downward spiral. We are witnesses to every twist and turn of these emotions, brought to life with words and artwork that are beyond phenomenal. The images marry the writing, entwining them together. In my opinion, there’s no other writer/artist who could have brought so powerful a story to life. Gabriela Downie is back on letters and they’re so in sync with Stjepan’s work, making the book wholly come together. I HIGHLY anticipate what’s coming next from this duo.

Harleen #2 was everything a reader could want. It’s a love letter to the fans of both Joker and Harley Quinn. It was suspenseful and moving, the artwork was so gorgeous, and the writing next level. I enjoyed this issue immensely and give it full marks. This is 10 out of 10 easily, in any aspect. Kudos to this team, thank you for the amazing read, truly.