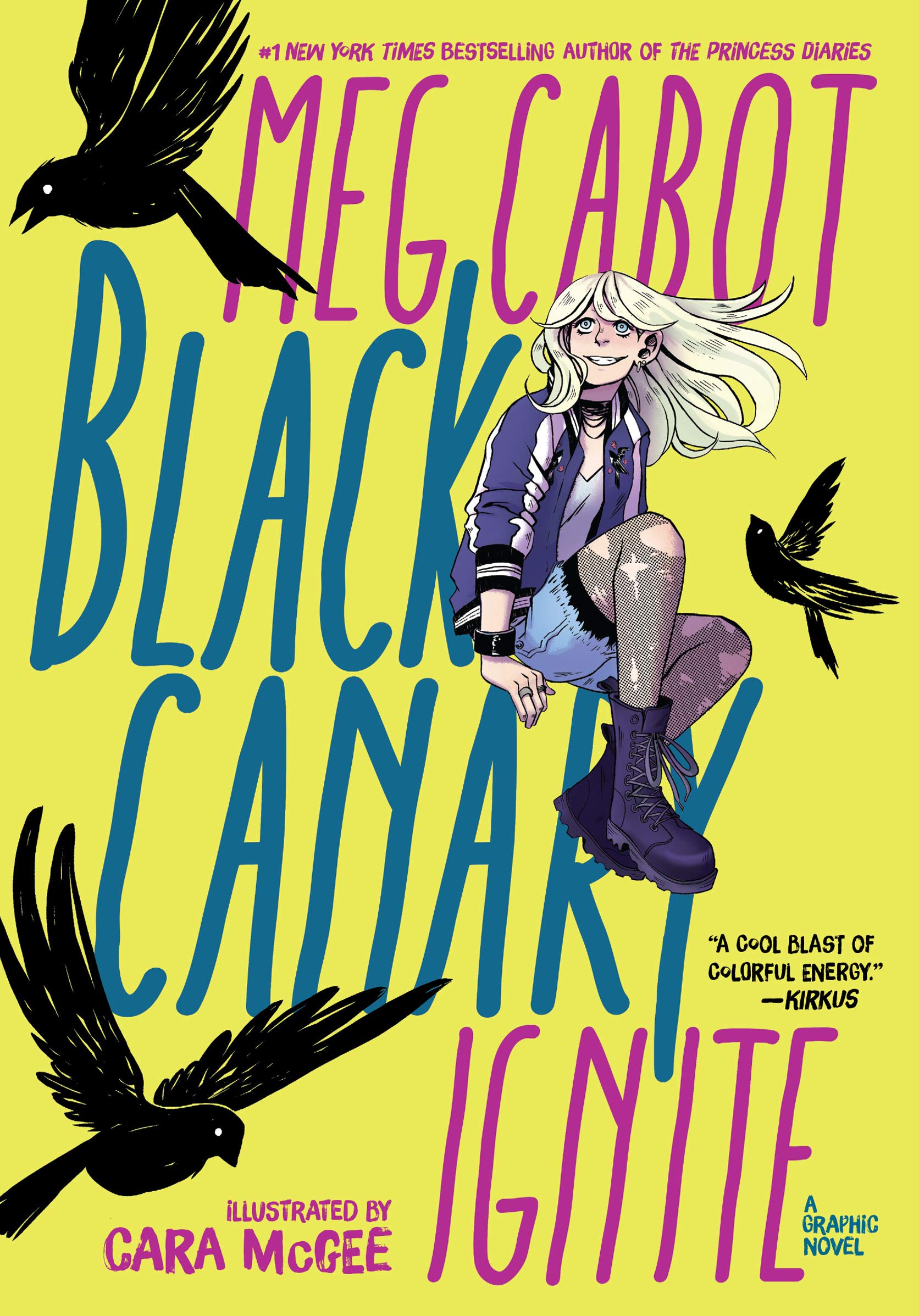 Black Canary – Ignite is the third re-imagining of a female heroine put into a graphic book format in recent months. Naturally, the story follows our favourite loud, singing all black clad badass, Dinah Lance. We’ve already seen Raven and Harley Quinn‘s re-vamps, and both were really enjoyable, so I was looking forward to diving right into this one.

One of the biggest questions we face is, can she live up to the classic Black Canary vocal range?

As soon as you open page one, you can tell that this isn’t going to be an ordinary Black Canary story. Dinah’s still very much her own independent character; in fact, one of the first times we see her get riled up about something it’s against her own father, Detective Lance. The fact that we get to see a lot of family time was a big plus. Dinah has always been a character that doesn’t like being held down.

The writing is awesome… the singing could use some work

Meg Cabot must have done her research before writing, because the true character of Black Canary shines through. In Black Canary – Ignite we see a young Dinah Lance battle with her band, her school and her own identity. Dinah must come to terms with past events that are now playing a big part in her life. Cabot has managed to make this story accessible to younger people, without dumbing it down or losing anything important to the characters, or the plot. Being able to write like that is really impressive. 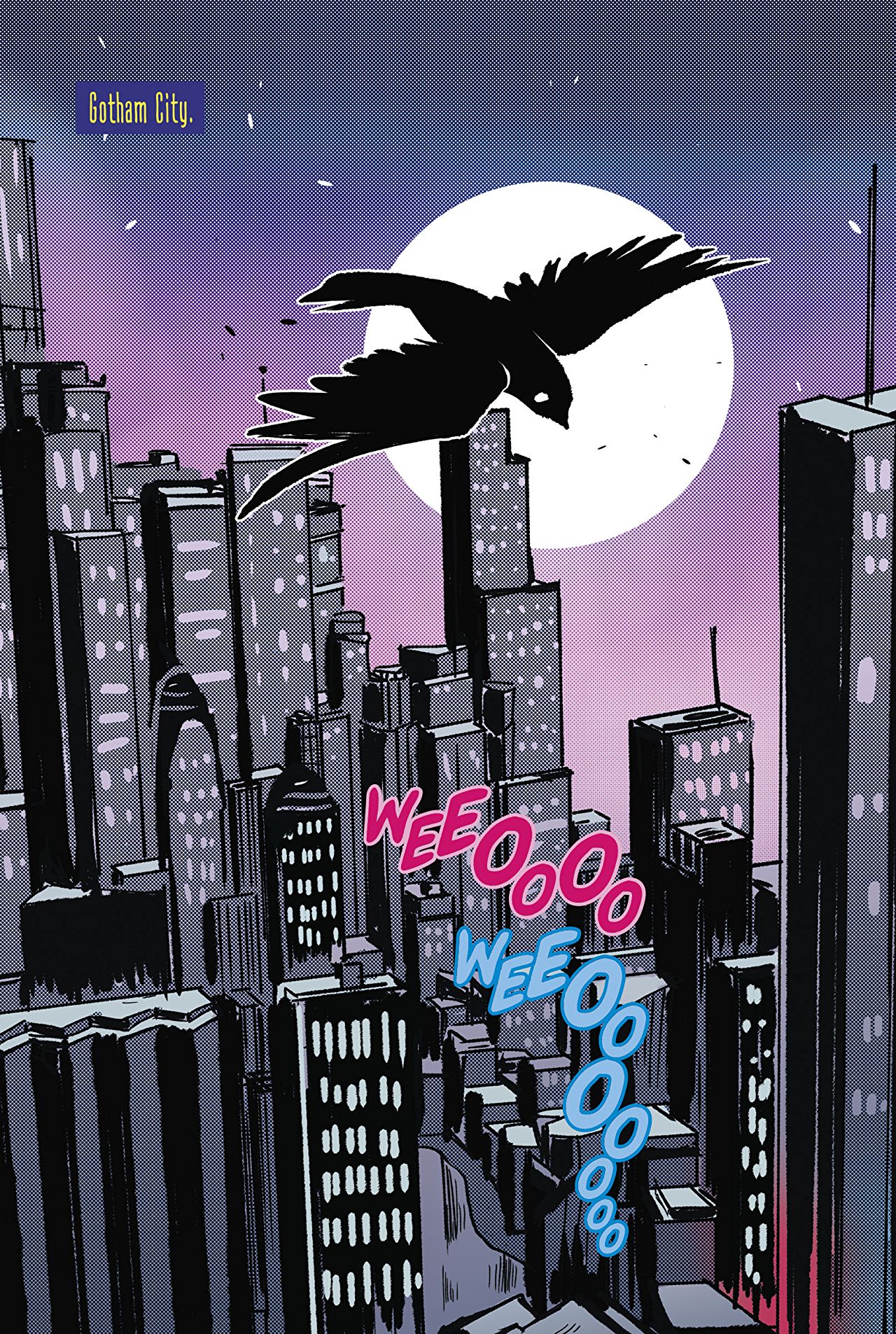 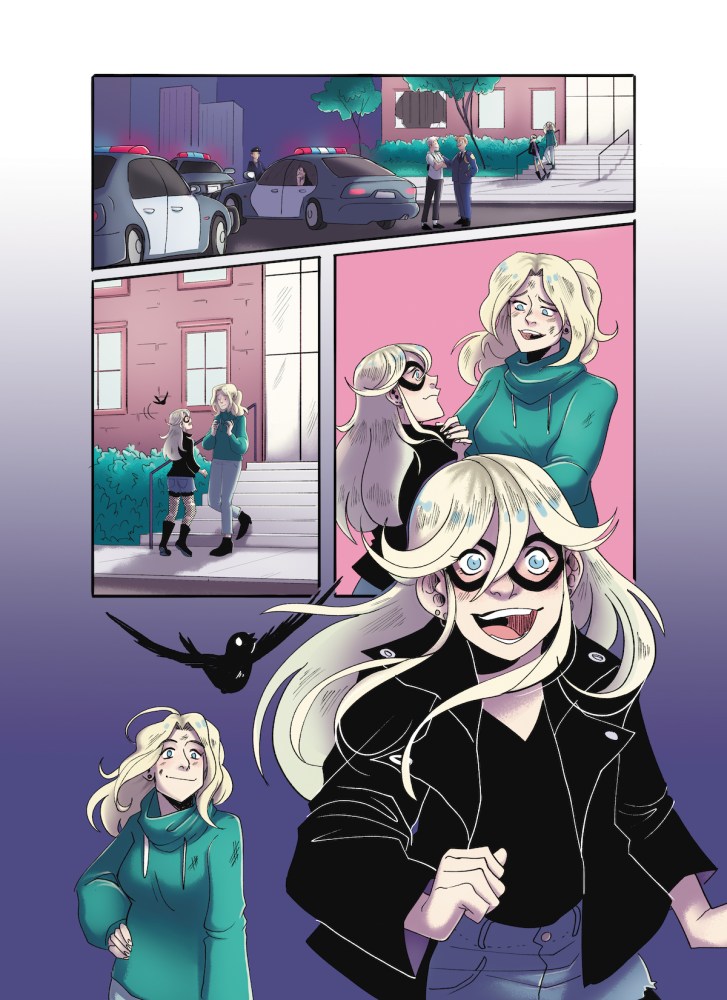 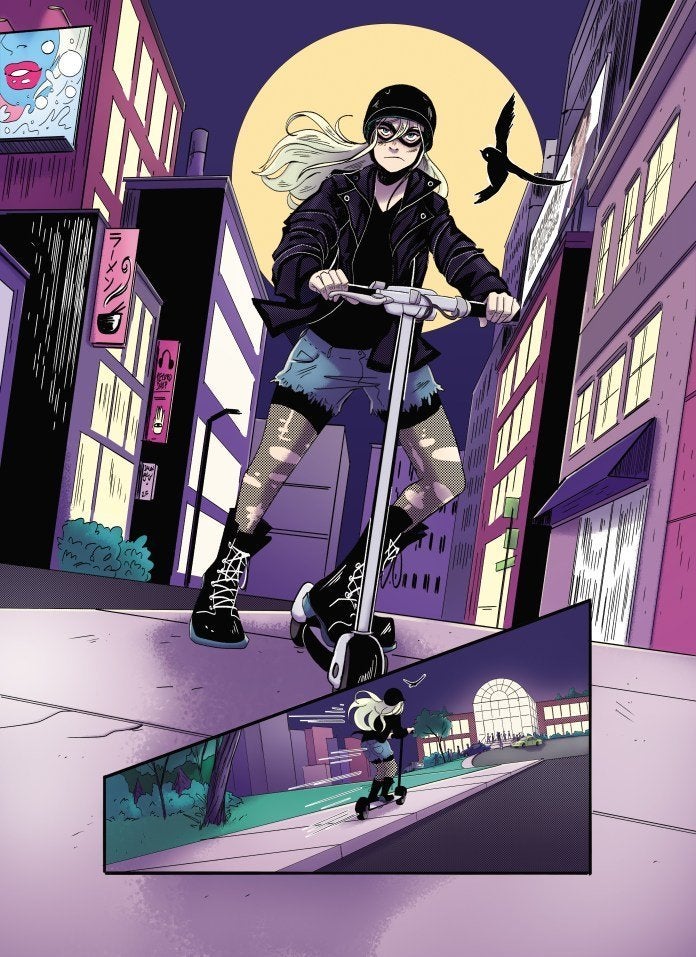 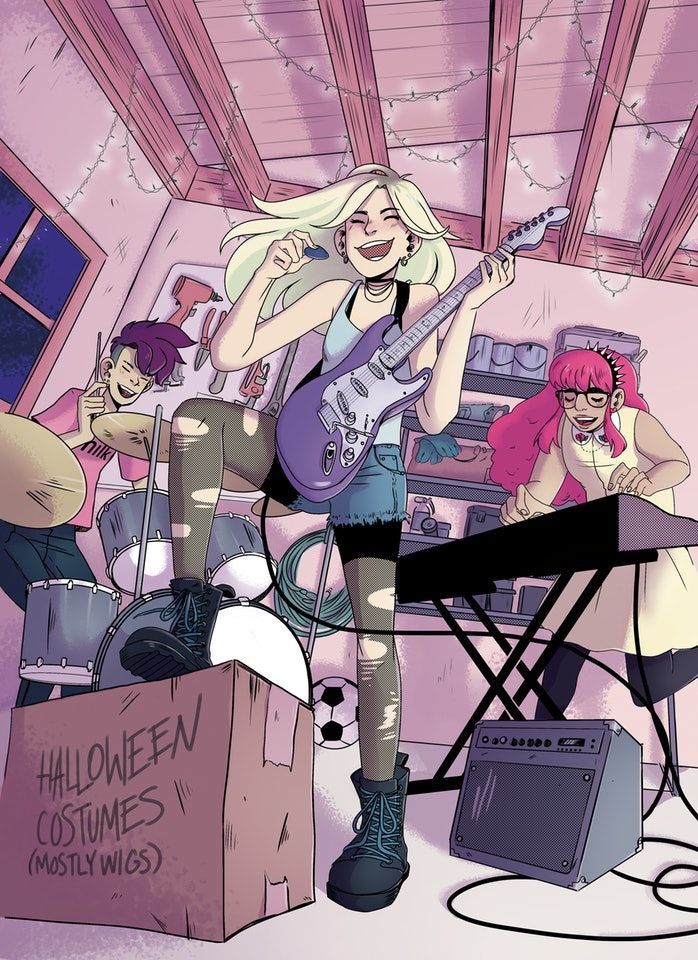 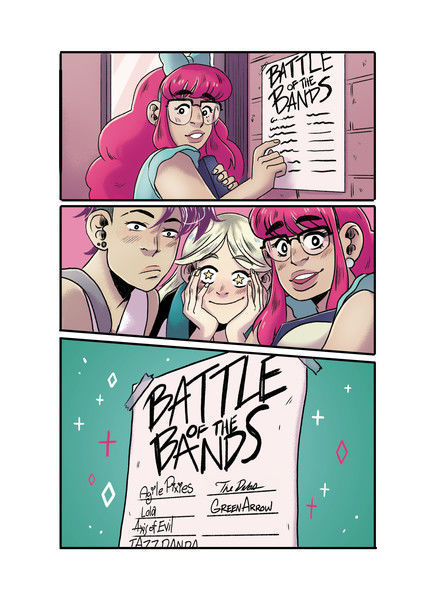 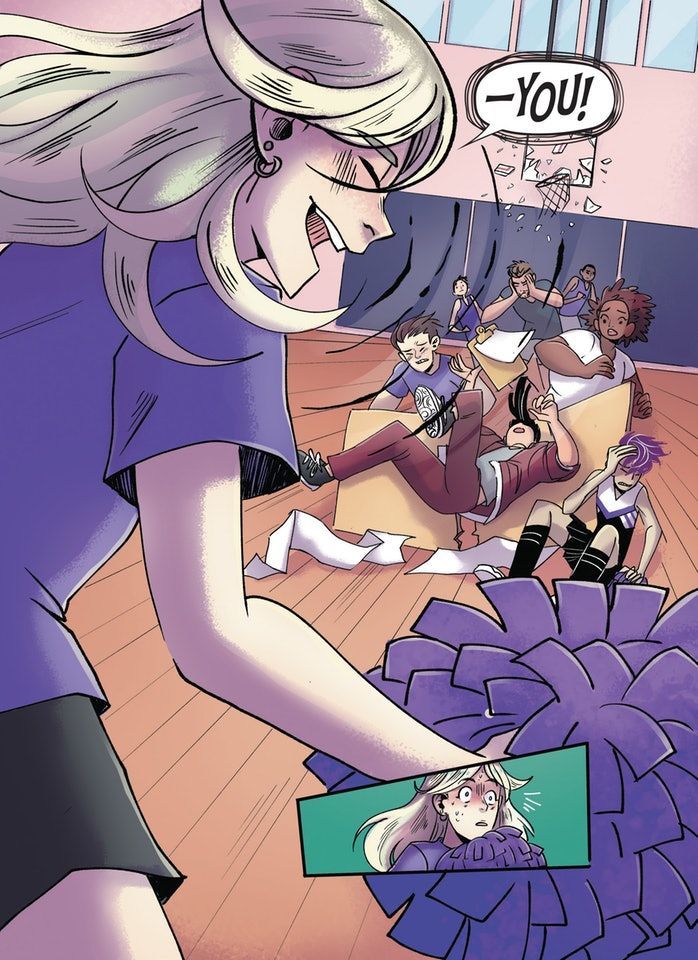 Making sure Black Canary had a proper school life with her friends, at the same time as having a strong relationship with her parents, was a bold choice, particularly if you consider that most heroes’ backstories feature tragedy after tragedy. Cabot managed all of this whilst also having a bunch of very strong secondary characters for Dinah to fall back on. Some of those personalities, whom you may have passed over the first time you saw them, become very important people to Dinah. Being able to see Miss Lance grow, come into her own, and embrace her powers and the Black Canary mantle was a pleasure to see.

If you can draw like Dinah can sing you’re hired!

At this point there’s nothing left to talk about but the amazing talent of the artistic team. Cara McGee’s illustrations in this book really added to the story-telling. The style was all her own, and it’s not one that’s been seen much, sadly. Being able to infuse your own artwork into a story like this sometimes might not work, but DC chose really well with McGee. The style adds to the youthful feeling of Dinah and her friends, the color pallet is also very reminiscent of a young Black Canary. Caitlin Quirk did an awesome job as the color artist. There are a lot of darker purples, blues and greens… and obviously a fair amount of black too. Clayton Cowles added that bit extra, especially with the old fashioned BANG, CRASH, POW thing they have going on.

If you want to find yourself in love with an original origin story, you’ve come to the right place. Black Canary – Ignite is a fantastic place to start learning about the very layered Dinah Lance. Cabot does a fantastic job of making this a book aimed at younger readers enjoyable for comics readers of all ages.

Come and join the Black Canary, as she tries to figure out what her future career should be; cop, rock-star… or even maybe superhero?