Deathstroke To End With Issue #50

Fans of Slade Wilson are going to be disappointed. The news that Deathstroke to end with issue #50 will surely sting… but, “Why?!?” you ask. Well, there’s just the tiny little problem of Mr Wilson being dead(ish)! I Know, spoiler alert. Well if you read the comic you surely already knew that already?

Now that I’ve spoiled the series, we can discuss what’s really going on. Deathstroke is indeed ending with #50, this isn’t entirely news, however. Writer Christopher Priest discussed this back in June in an interview with DenOfGeek.com. When he was asked if dead really meant dead, he had this to say. 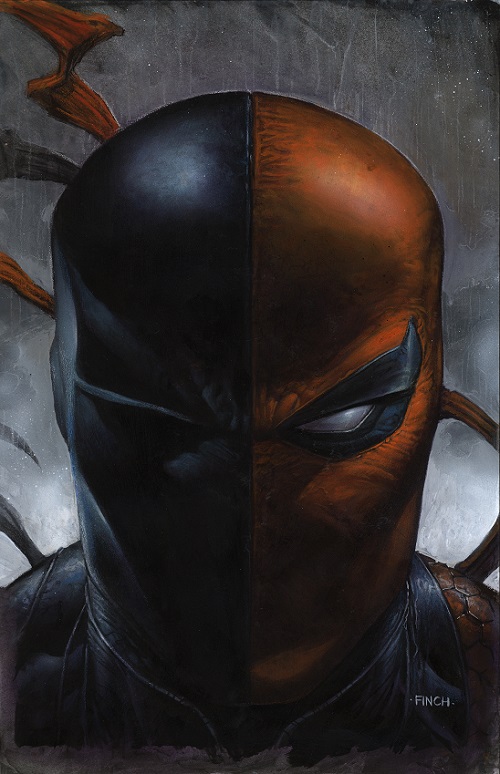 Wasn’t my doing. Slade’s death was the brilliant suggestion of Teen Titans writer Adam Glass, with whom I’d been collaborating on “The Terminus Agenda.” We’d worked through the story but didn’t have an ending. I think Adam’s suggestion may have been facetious at first, but I immediately loved it because it seemed a natural escalation of the Robin v. Deathstroke love-hate story. I kind of envy Adam’s opportunity to explore the consequences of Slade’s demise with Damian and especially Wallace (Kid Flash) West, who could have saved Deathstroke but chose not to. I’d further like to assure readers that Slade is, in fact, dead. But that’s far from the end of his story.

So he’s really dead, kind of hard to continue a series without the main character, right? So what does the future hold for the terminator? Who knows? Maybe Warner Bros. might dust off Joe Manganiello’s suit and give him some exposure? Perhaps we’ll see Deathstroke’s extended family become more prominent within the DC universe? Maybe someone will throw a Lazarus pit at the problem? I don’t really know.

What do you want to see? Give him a break, or bring him back? Let us know in the comments, as we’d love to hear your thoughts.