This past week has brought us the news that James Tynion IV is to write his first ever DC Comics event title. Yes, beginning in December a new miniseries will be hitting comic book stores, titled “Year of the Villain: Hell Arisen.” Along with artist Steve Epting, Tynion will bring the year-long, Year of the Villain storyline to its most likely violent, conclusion.

Tynion IV wasn’t expecting the news to come out when it did but stated on Twitter:

So… Big news I didn’t know was dropping today! I’m writing my first ever DC Comics event book! With the INCREDIBLE @SteveEpting on art! This is Apex Lex vs. The Batman Who Laughs in the horrifying culmination of YEAR OF THE VILLAIN!!!

The DC Comics event title, spinning out from the ‘Justice/Doom War’ and ‘Infected’ arcs, from the pages of Justice League and Batman/Superman respectively, will see a battle between The Batman Who Laughs and Apex Lex. They will square off as Lex tries to stop The Batman Who Laughs from using Dark Multiverse forces to destroy the newly resurrected Perpetua. Suffice to say, whoever wins, it will be villains that come out on top.

From the man himself.

In an interview with Screen Rant, James Tynion IV spoke about “Year of the Villain: Hell Arisen” and how both arcs come together for this story:

It is the culmination of both threads. Taking a step back: when Scott Snyder, Josh Williamson and I were talking about what we wanted to build out on the other side of Dark Nights: Metal, the big event a couple of years ago, we built this whole big map. One part of the map was the Justice League side, and, more than anything, that story was the story of Lex Luthor. What Lex Luthor would build, and what he would become, in pursuit of making Doom arrive in the universe. Basically tipping the entire psychic energy of everything towards evil. This is what we’ve seen in the Year of the Villain books and the tie-ins. This is the story that’s really coming to a head right now. Lex Luthor has never been more powerful or more dangerous in the DC Universe.

Simultaneous to that we’ve had a thread that started off kind of secretly. We had a couple of issues in Justice League where we would see The Batman Who Laughs in operation in the DC Universe. Then we got the Scott Snyder/Jock Batman Who Laughs miniseries where we start to see… What is the plan that he has had in motion since he was left in this world? Now we’re seeing that plan come to a head with the “Infected” storyline in Batman/ Superman.

When we first started mapping all of that out, we literally had a whiteboard and it was broken into two parts. Then at the end of those two parts there was an arrow pointing down and an arrow pointing up, coming to a head. That head was YEAR OF THE VILLAIN: HELL ARISEN. You know, HELL ARISEN stands for “HA.” That was what it was on the board, these two things come together with “HA.” This is the moment where we see these two profoundly evil plans for the DC Universe literally collide with each other in the biggest, most dangerous way possible. This is the “Infection,” this is Luthor’s entire Year of the Villain storyline, intersecting in the biggest, most dangerous way. 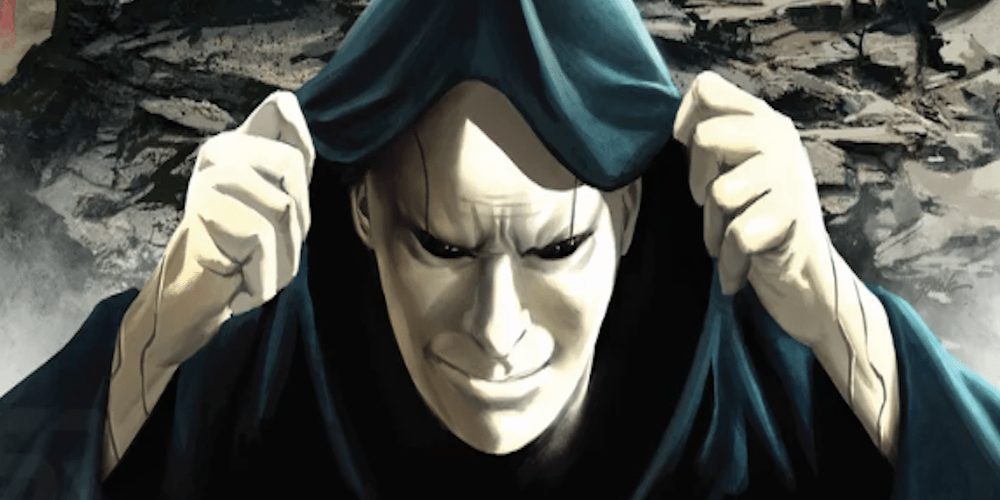 He goes on to talk more about the storyline, and you can read the full interview here.

What you need to know.