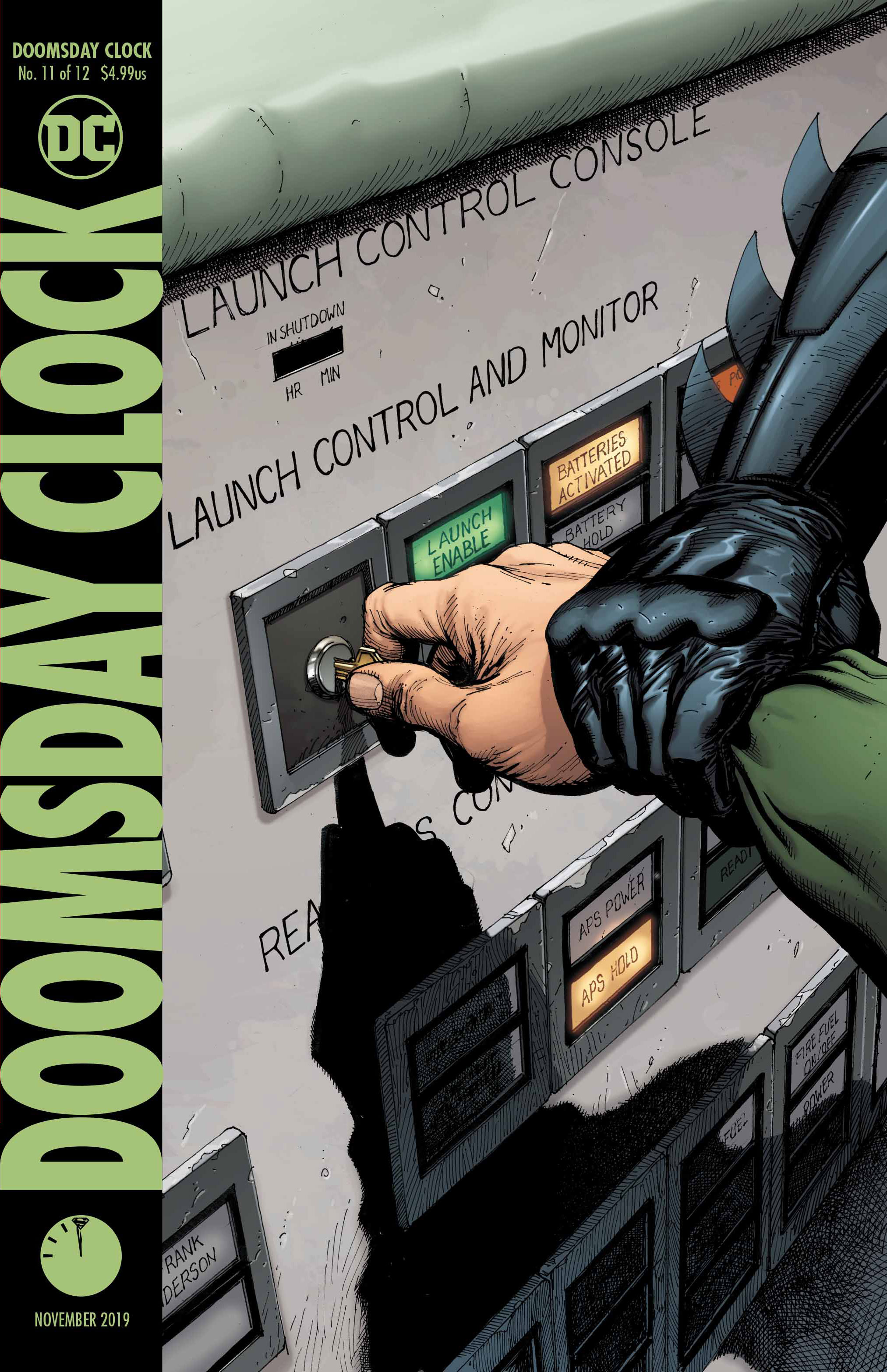 Doomsday Clock #11 turns up the heat and builds to the heart stopping conclusion that’s been almost two years in the making. The end is most definitely nigh; not just for this incredible series, but quite possibly for the entire DC Universe as we know it.

We left the world in turmoil back in issue #10, with the Earth turning against its greatest heroes. We now see Batman, Superman and Wonder Woman being hunted down, while every other metahuman is stuck on Mars, after facing and falling to Doctor Manhattan. Ozymandias has both Saturn Girl and Johnny Thunder in his grasp, while the new Rorschach languishes in Arkham Asylum. So much happens in this issue to set up the climax that my head was actually spinning a little… I had to sit quietly for a while, compose my thoughts and read it over a second time.

The writing in this series is superlative, the art is exquisite, and the effect that this story will have on the entire DC line is finally becoming apparent. I really hope that everyone out there has read and devoured Justice League #30 and Superman #14, and then whooped in delight at the final pages of both issues. The seeds that have been sown in this book over the last 22 months have come to full bloom in those two great comics. 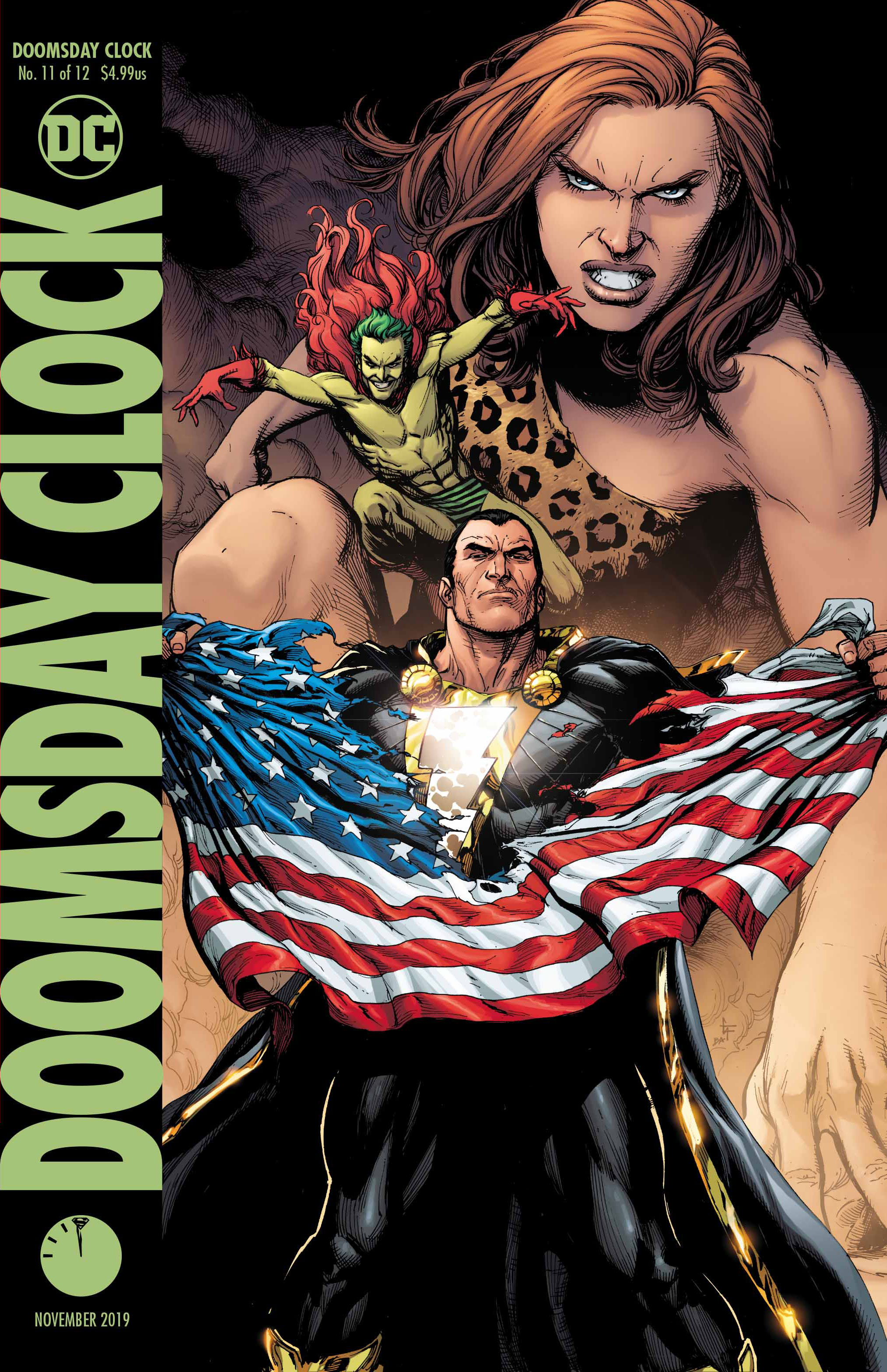 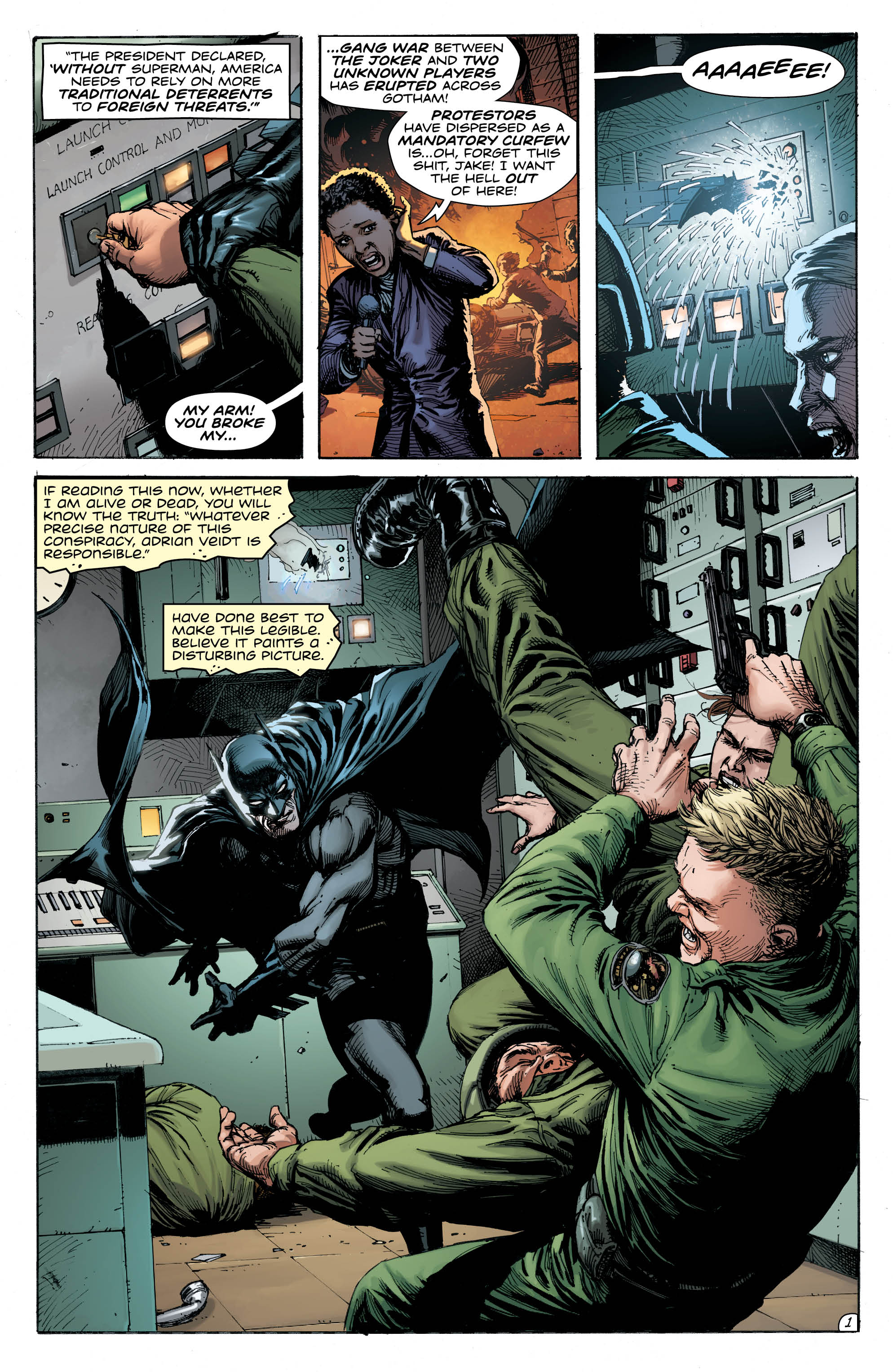 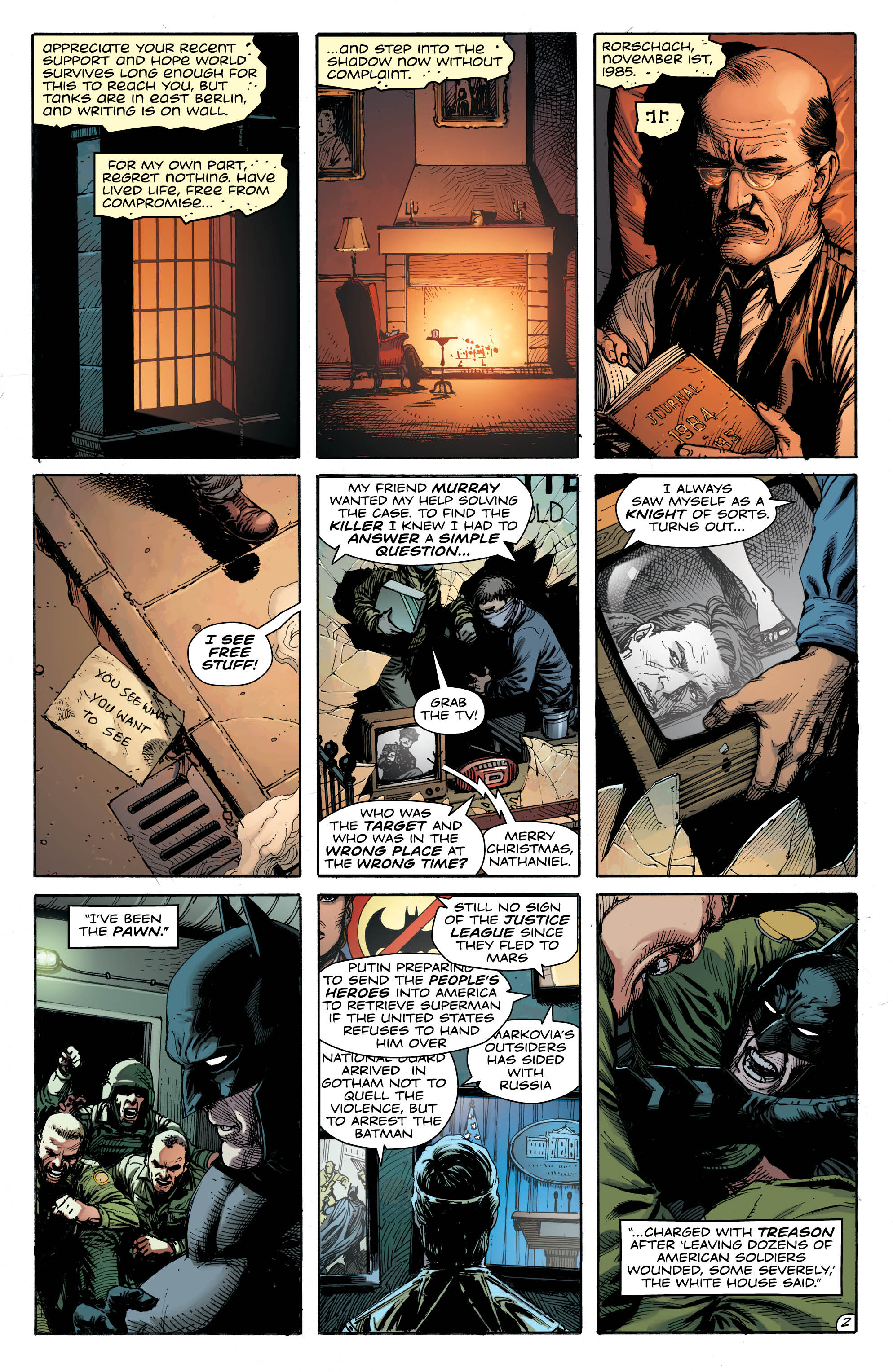 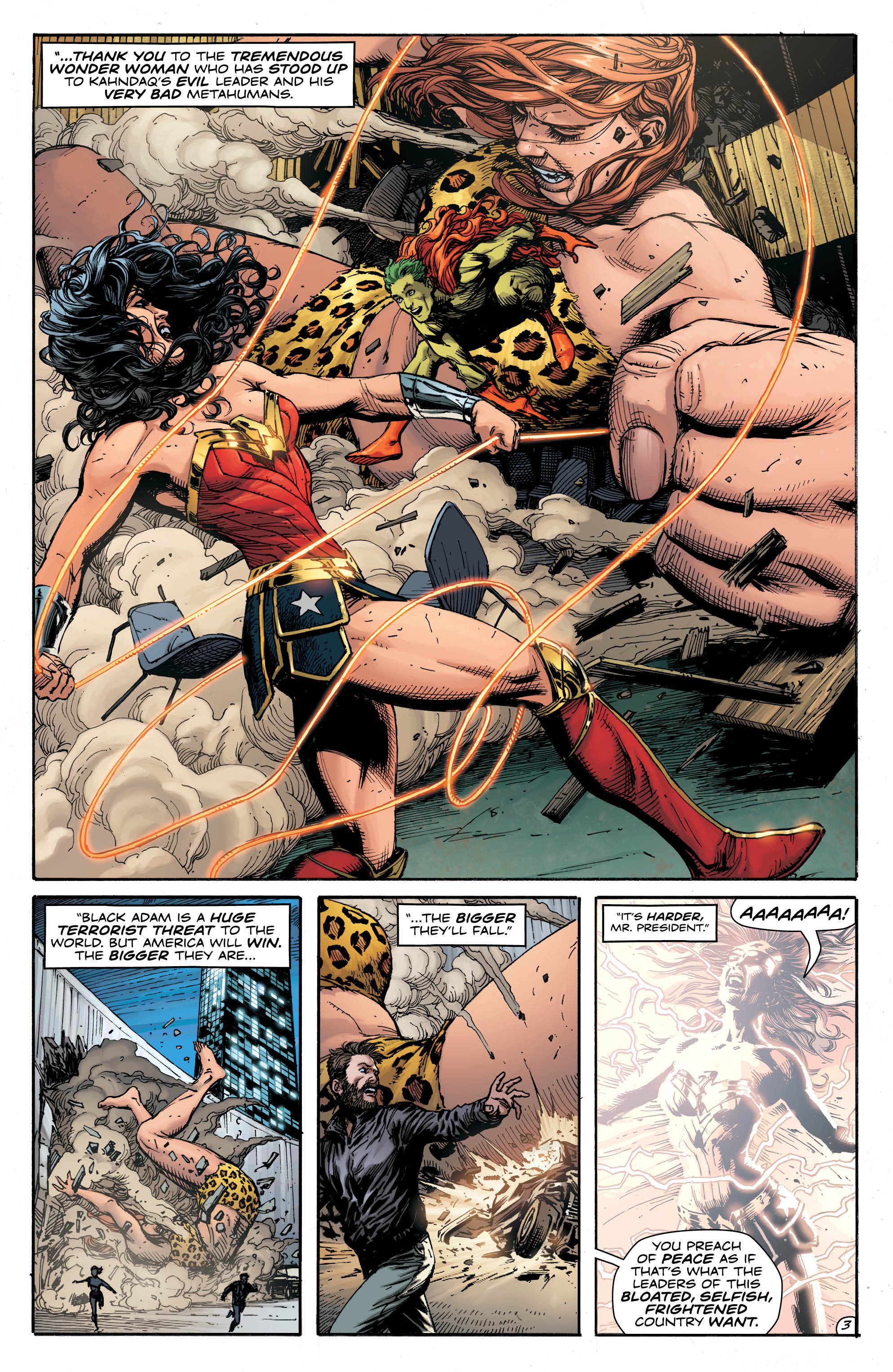 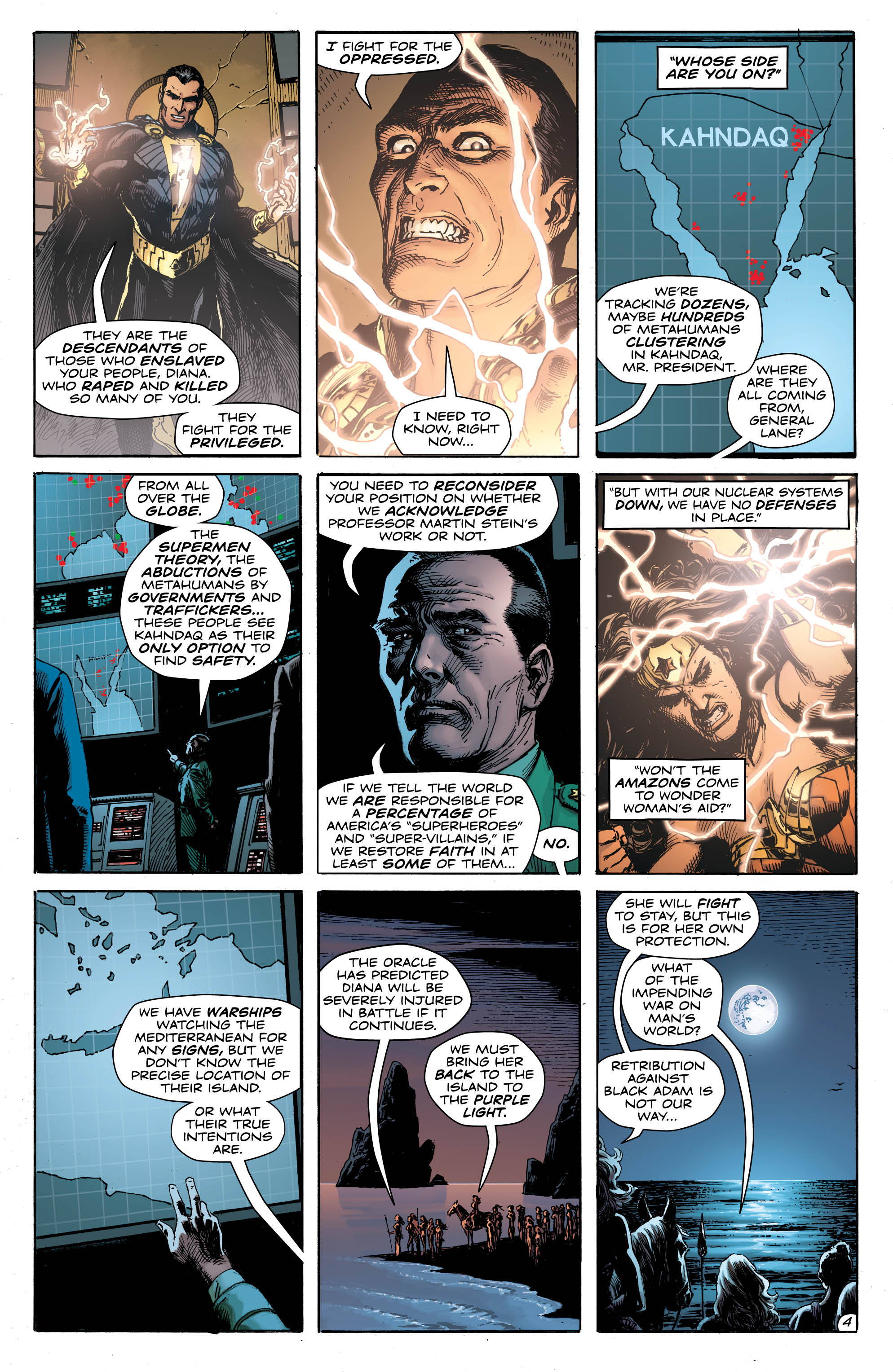 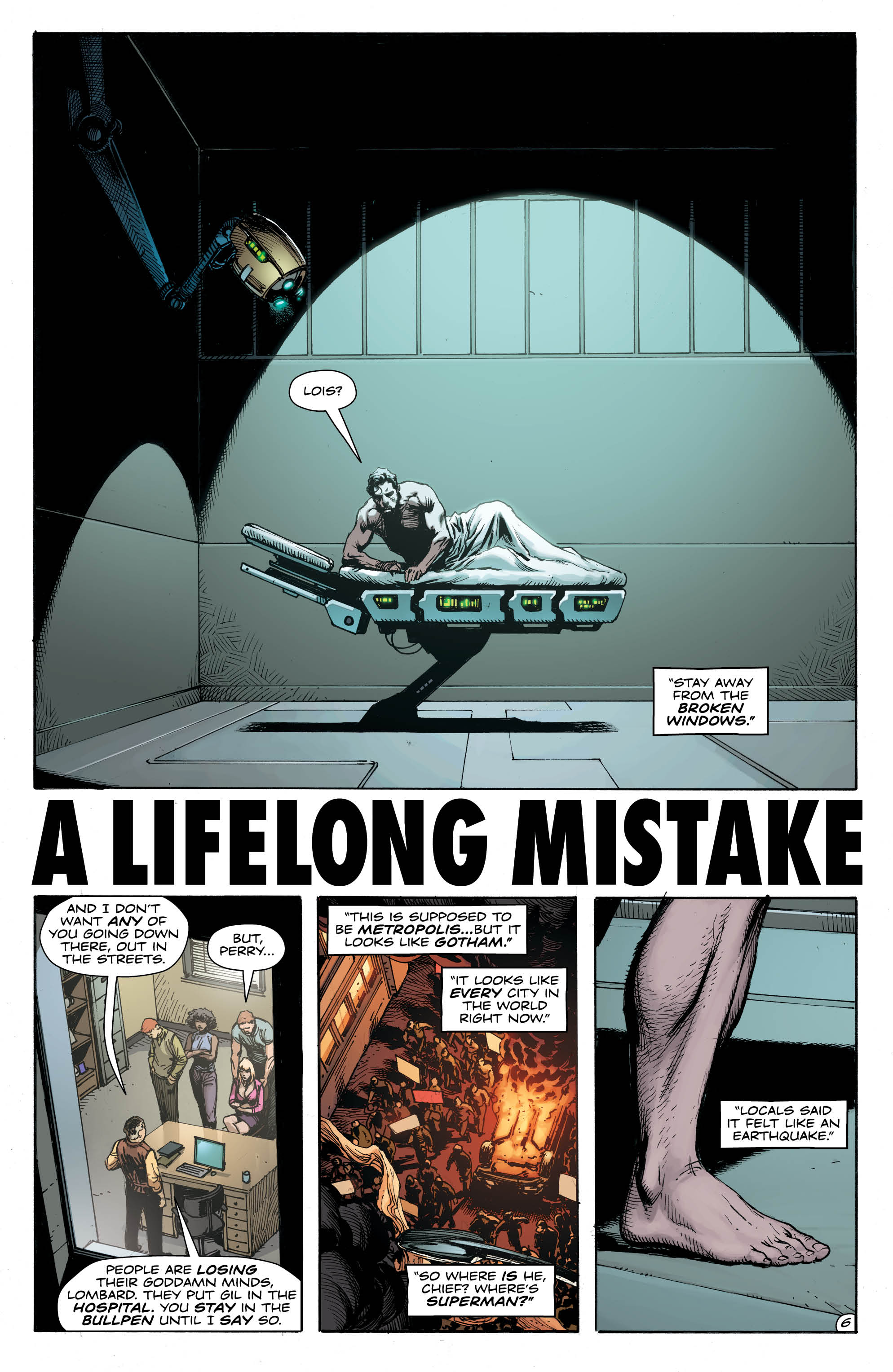 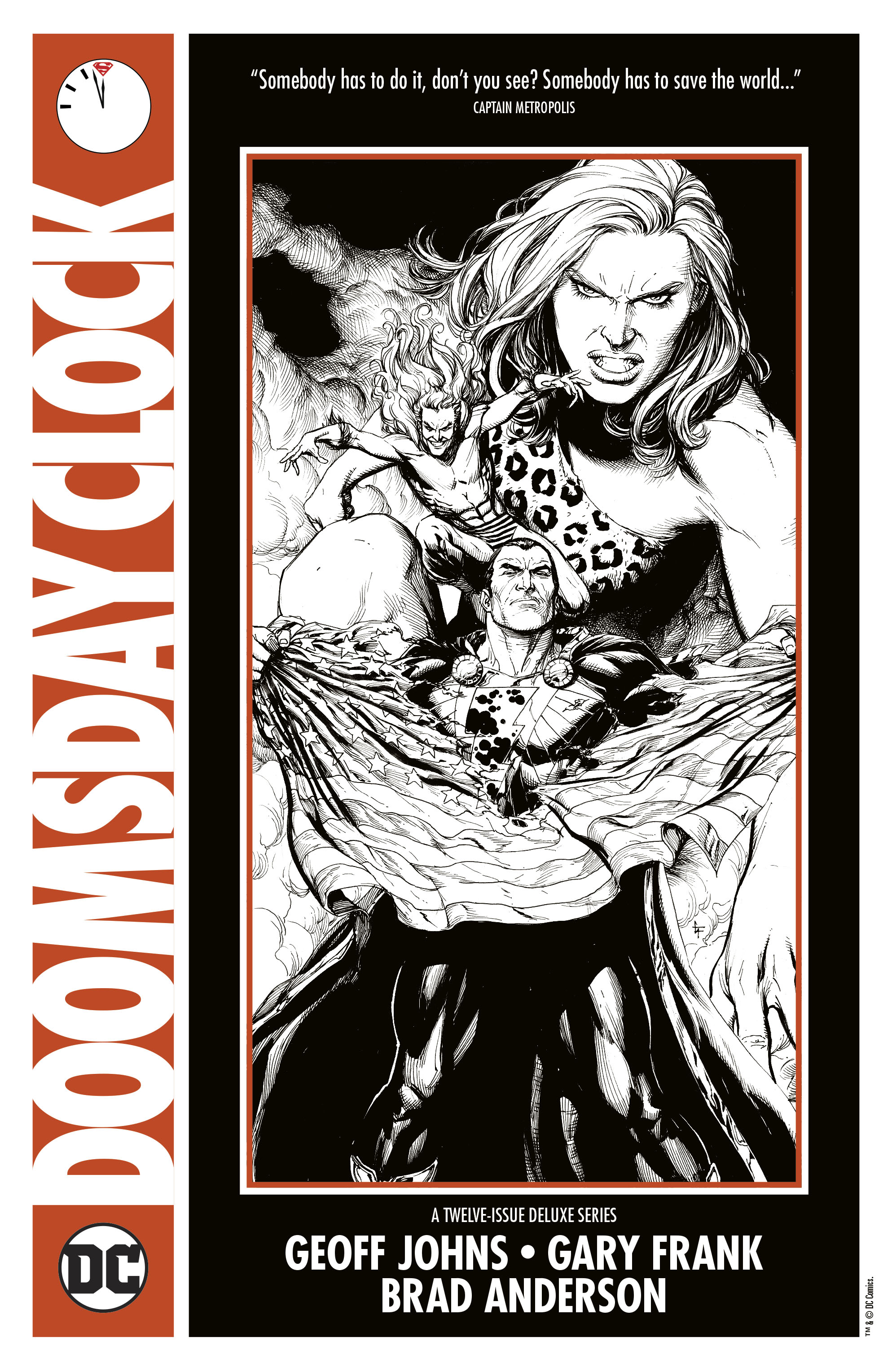 One Minute To Midnight

While the fate of universes may rest in the hands of Superman and Doctor Manhattan, the day to day machinations of Adrian Veidt, AKA Ozymandias, are nothing to be sneezed at. Just like in the original Watchmen, events that appeared random and unconnected at first, are all actually intertwined. Also just as before, the war and carnage currently exploding in this story all have a purpose. It’s amazing when a comic-book, of all things, can make your ponder life in all its complexity, and have us philosophising over the human condition. If carnage and chaos lead to peace, does the end justify the means? Is a man who has murdered millions to save billions a hero, or a monster?

This is incredible stuff.

The art of Gary Frank and Brad Anderson help make it so. Every issue of this series has blown me away with their visuals, as much as they have with their story. Every line, in every panel on every page is a feast for the eyes. Little details may be missed first time round, but as I’ve now re-read every issue of this series multiple times, more and more treasures have been uncovered.

Fans of Watchmen wondering about two characters that I love, and have sorely missed, may do a little jig after seeing panel seven on page 20 of this issue. “Hi, mom!” I’m so happy.

Rob Leigh’s letters tie this gorgeous gift of a comic up in a neat, tidy and nifty little bow. There’s a ton to read in this comic, and Mr. Leigh makes it very, very easy to do so.

Absence makes the heart grow fonder, they say. I’ve missed this series tons, and every new issue makes it obvious as to why. This is quality storytelling, and every chapter has been well worth waiting for. The worst part is how much I’ll miss it when it all ends, at the end of the very next issue. Doomsday Clock #11 is the delicious sorbet that has cleansed the palate and opened up the taste-buds for the scrumptious dessert that the finale promises to be.

If anyone survives to tell the tale, that is…