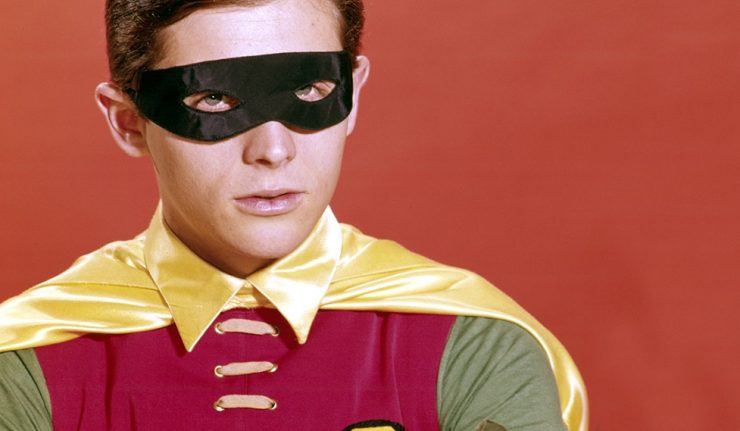 Former Robin Burt Ward will make a cameo appearance on the CW Crisis on Infinite Earths event. However, he almost didn’t join the crossover.

According to Arrow executive producer Marc Guggenheim, he was initially hesitant to even ask the original Robin star. Guggenheim recounts the idea of using Ward came up in the writers room quickly. However, the issue is whether Ward was even willing to participate. Guggenheim feared he would not want to and was apprehensive. Enter Flash line producer Joseph Patrick Finn. Finn gave Guggenheim some advice to push the producer to request Ward.

We assembled a writers room with all of the show runners of the five shows. We broke out the story, obviously, but we also made a list. What’s the cool stuff we want to see? Burt was at the top of the list. Here’s the thing, Finn – who’s the line producer of The Flash…he always had a saying, “If you don’t ask, you don’t get,” Under that heading, we’re like, “You know what? We don’t know if Burt is up for it. We don’t know if he’s available or interested. But if you don’t ask, you don’t get.”

As it turned out Burt Ward was completely open to participating in the crossover event. Nobody could be more stoked about it than Guggenheim.

We were thrilled, beyond thrilled. It’s so exciting. We’re just so happy.

Now the question is who will Burt Ward play in the Crisis crossover? He could potentially play Robin again. Alternatively, he could be a completely different character. Guggenheim was very cagey about who Ward’s character will be.

It’s a cameo where I’m going to leave [whether or not he’s Dick Grayson] to the audience, but I think you’ll know when you see it. You won’t be wondering.

My guess? Ward will either play an older Nightwing or Earth-2 Robin. Earth-2 Robin is an alternate universe Dick Grayson who took over crimefighting after his world’s Batman retired. He also holds the special honor of having one of the ugliest costumes in comics. If Ward plays Earth-2 Robin, hopefully they update his suit to be more visually appealing. 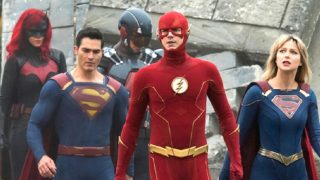