Holy Hole in a Doughnut Batman!

Burt Ward is of course famous for playing Robin in the 1960s Batman TV series and movie. Ward shared the silver screen with Adam West, who played the titular hero. Ward also played Dick Grayson in the follow up cartoon series and two recent animated movies. 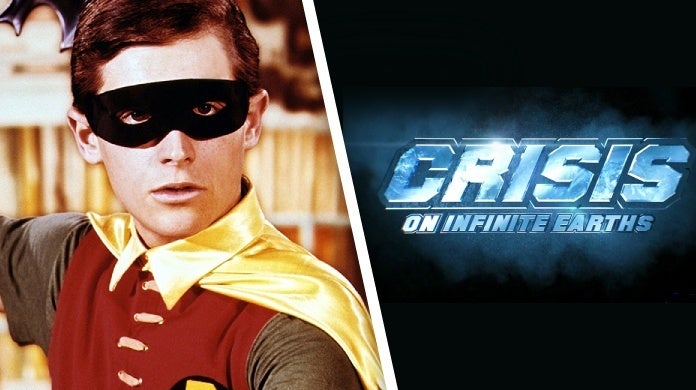 Currently it’s unknown if Ward will reprise the role of Robin. At 74 years old I highly doubt we will see the classic pixie boots and green underpants combo… but you never know. Ward is joining a long list of legacy casting within the Arrowverse: Lynda Carter, Dean Cain and Helen Slater have all had roles within the shared universe. Actors reprising the roles isn’t uncommon either, Mark Hamill and John Wesley-Shipp have also done it.

Ward told ComicBook.com back in 2016. “I’m an actor and I love everything to do with Batman. I love doing other projects as well. I’ve done forty movies for television. You know, it’s a wonderful thing; Gotham is a great show. And all I can tell you is that I would be happy to do it; I’d be happy to do any kind of project. I love to work!”

In other Crisis on Infinite Earths news, Superman Returns and DC’s Legends Of Tomorrow actor Brandon Routh will also reprise his role as the Man Of Steel in the crossover, as well as his usual character, Ray Palmer, AKA The Atom.

“Crisis on Infinite Earths” will take over Arrow, The Flash, DC’s Legends of Tomorrow, Supergirl, and Batwoman later this year, and will wrap up in early 2020.