Darkseid is a villain that I would love to see on the big screen. Justice League was the perfect set up to introduce him, and we know that Zack Snyder had plans for this before stepping away.

In June, a picture from Snyder revealed a first look at what Darkseid could have looked like. The image however, was small and unclear. Recently however, the director released a much clearer picture. 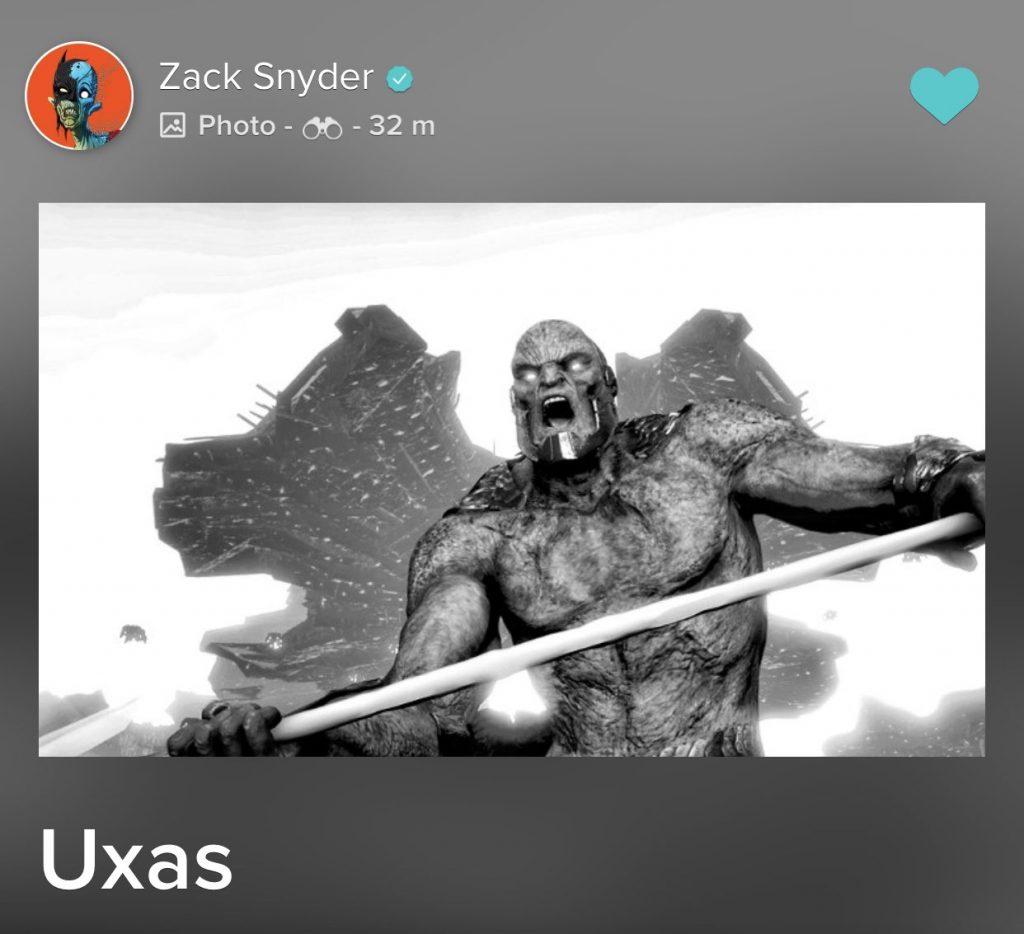 Now for those of you who don’t know, Uxas was Darkseid’s name before he gained control of Apokolips. The idea of having a young Darkseid indicates that Steppenwolf still would have been the main villain.

It’s a shame that we didn’t get to see Uxas, or Darkseid, in Justice League, but that doesn’t mean we still won’t ever get to see him on the big screen.

I would have loved to have seen Batfleck go up against a Young Darkseid. Yelling out directions to the rest of the team, only to have them completely ignore him and do their own thing.

Ahhh, one can dream.